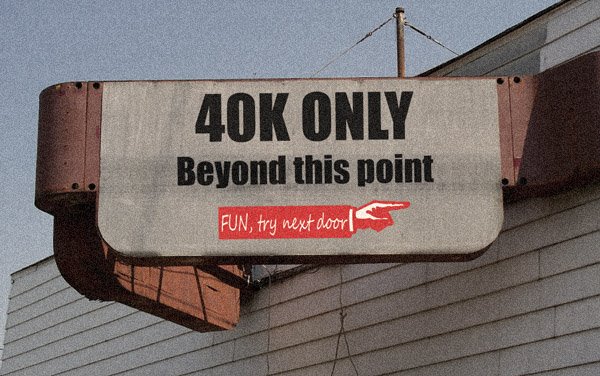 The more things change, the more they stay the same…

Here at BoLS our Tenth Anniversary made us look back at some of our previous articles. 8 Years ago Jwolf wrote an article that really got us thinking. 8 Years later it’s kind of funny to see how little things have changed.

Written during Warhammer 40,000 5th Edition – the tournament scene was really coming into it’s stride. AdeptiCon was THE Tourney in the US. And the internet community really started to push “Net Lists” as the boogey-man of 40k. Jwolf wrote this article in response to that: 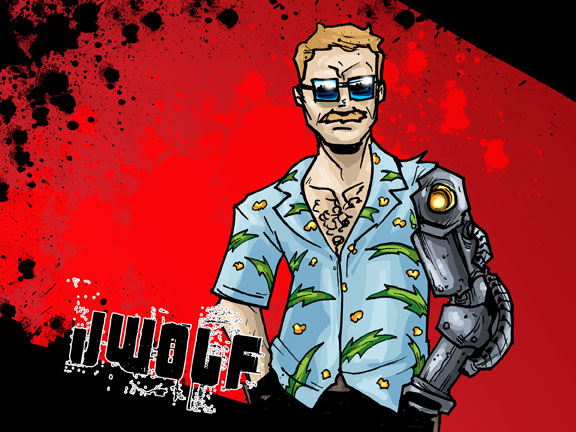 Goatboy has been posting tournament lists and strategies for a while, and getting enormous amounts of vitriol in response. I took that in stride, as his articles are about some of the more obnoxious elements of 40K tournament list construction and unpleasant strategies. Now that Bigred has met with similar comments from the peanut gallery, I think it’s time to address six of the issues that obstruct fun in the grim, dark future.

#1 People Don’t Know the Rules
By that, I mean all of us, to a greater or lesser extent, do not have the rules memorized sufficiently to prevent errors. 99% of errors are simple mistakes; the rest are cheating. The problem is that when you look up the error your opponent made (in his own favor) it’s hard not to think he knew the rule and cheated. The solution is to know all the rules and help your opponent play within them. This requires a more thoughtful and systematic approach to learning the rules than the vast majority of tournament players are willing to put forth. And just because you don’t play tournaments doesn’t mean you shouldn’t know the rules – every game is made better if the rules are applied accurately and consistently.

#2 The Myth of WAAC Lists
There is no unbeatable list, no perfect build, and lists themselves don’t care at all if they win or lose. Any list can be fun or terrible to play against, so don’t roll your eyes at a list and groan, make the best of it and move on. If a player consistently brings lists that are not fun to play against to friendly games, nature will handle the issue, and most tournaments have composition scoring. If your local tournaments are being dominated by particular lists, build to beat those lists yourself.

#3 The Myth of WAAC Players
Honestly, this is one of the worst concepts out there. If the player is just an a–hole and no fun to play against, he’s just an a–hole and no fun to play against. If he cheats to win, he’s a cheater. If he’s both, he’s a cheating a–hole. Implying that a desire to win is somehow part of the problem helps to perpetuate the myth that anyone who plays to win is part of the problem, which is decidedly not the truth. Yes, people who cheat and lie to win will break the rules to win (#1 is our part of making this go away). For friendly games, shun cheaters. In tournaments, report them and dock them all the points you legitimately can.

#4 Believing the Most Important Rule is the Only Important Rule
Play the game by all of the rules, don’t expect your house rules to become the standard. If you think your opponent isn’t following the rules, say something and get it worked out according to the rules. Remember that your opponent is under no obligation to let your super command squad destroy his army just so the game plays like the background stories you write on the fiction section of your blog.

#5 Believing the Most Important Rule Isn’t Important
Give your opponent the benefit of the doubt and don’t expect the same. That unit might be 6” or 6.1”? Let it go, either way. Your opponent forgot to move a unit until he was halfway through his shooting phase (or even when done with shooting)? Let them move it. If there is a time limit, play to the best of your ability so as to make it possible to finish in the time limit. Remember that the other person’s time is as valuable as yours, so avoid texting, taking phone calls, and other distractions as much as possible.

#6 Stupid Dice Tricks
These include having a special pair of dice you only roll for Leadership tests; picking up your hits instead of your misses; refusing to reroll an unclear roll; applying your rules about cocked dice inconsistently; and any of those “dice-rolling techniques” (cheating on your rolls). People notice when you do any of these things, and every one of these makes the game less fun for your opponent.

So who’s fault is it? The Game or the Players? 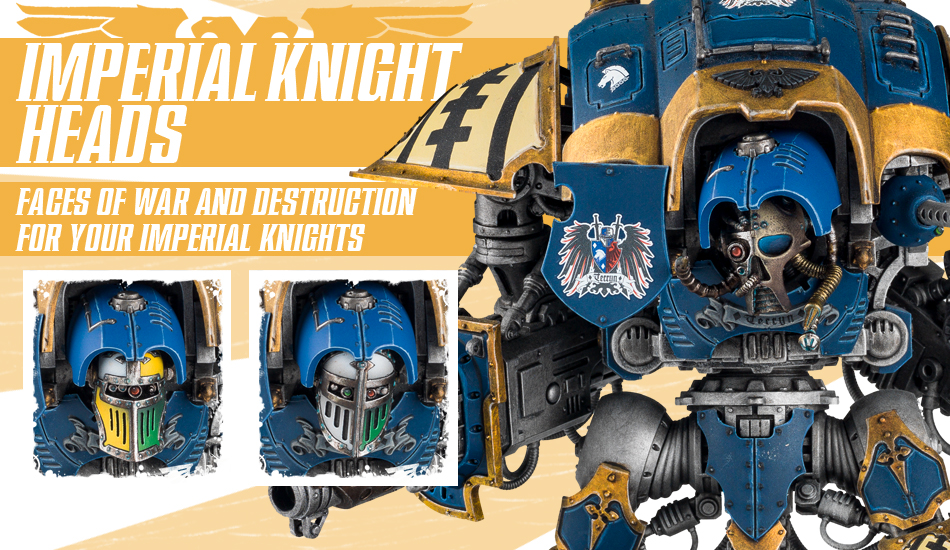