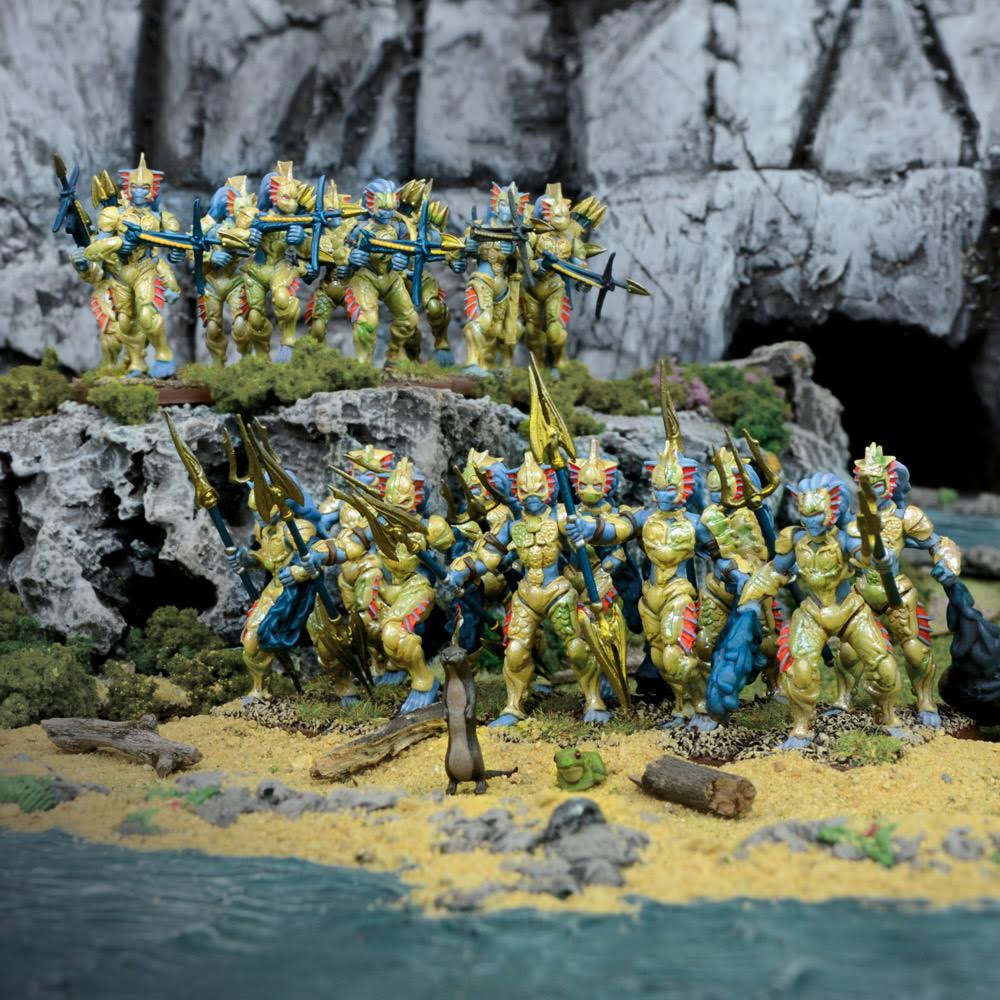 If you’re thinking about getting into KoW, or are a new player check out this introduction…

If you’re new to Kings of War, and aren’t sure what the best way to construct your army lists is, Nick Williams offers his expertise…

… with my Abyssal army having nearly a solid year of gaming under its belt and suffering from multiple plane and train journeys (including two trans-Atlantic flights and two other flights where it had to be checked into the cargo hold…), it’s time for it to retire and for me to put together another army for this year.

I’m leaning strongly towards Orcs. Specifically reviving a theme that I’ve used a few times – all cavalry. I really like the Orc Gore Riders. I’ve ran a similar list in the past that concentrated on Gore Riders and did quite well with it. I’d like to try that again, so let’s talk through planning a 2,000 point army.

One of my favourite opponents, Dan King, runs his Herd army around two Stampede units, backed up by numerous faster units and some cheaper throwaway units. It’s a really effective build that I think can be replicated with Orcs with an often underused (and greatly underappreciated) unit – Fightwagons. So the core of my army will be two great Hordes of Fightwagons. They have a very large footprint so are susceptible to flank charges and being Hindered when charging, however they are still extremely deadly when hindered. The two of them combo charging will wipe out nearly any enemy unit in the game in a single hit, even if they’re both Hindered.

They’re a good choice for Artefacts, particularly ones rules like Pathfinder, +1 Crushing Strength, Elite or Vicious, however they’re *good enough* already so any Artefacts will be left until last. For their points cost of 14/16, Fightwagons have relatively low Nerve. With De5 that’s still a relatively tough prospect, but not the most resilient Nerve there is. The Orcs luckily have an excellent called the War Drum that grants +2 Nerve to all friendly non-allied units within 6”. I think this group needs that! While the War Drum is only Spd5, compared to the Fightwagons Spd7, my experience tells me that it’ll be able to keep up, especially when moving At The Double and with a 6” bubble around it.

I’d ideally like to squeeze in a Godspeaker here, since Bane-Chant would be extremely useful for boosting some combats and the GS benefits from the two Hordes.

Author: Mars Garrett
Pop culture staff writer that has been on the BoLS team since 2010. Contributor on the One of Us podcast. Marvel, Vertigo, Batman, and dystopian sci-fi fan. Enjoys bad movies, amazing stunt performances, and the internet. Hates rom-coms. (she/they)
Advertisement
Armylists Kings of War Mantic Rules
Advertisement