PETA Asks GW to Remove Fur from the Grimdark

Animal Rights Activists have sent GW a request to stop sculpting pelts and furs in their fictional universe. Here’s the details: 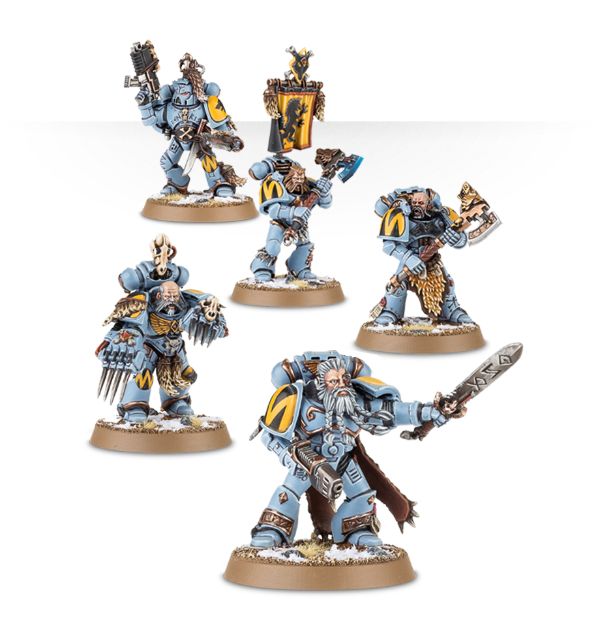 “From the mighty Leman Russ and Horus Lupercal to Chaos Warriors and the Sisters of Silence, Warhammer features an abundance of characters who wear what appear to be animal pelts, which just doesn’t add up”, the group says in the letter. “These battle-hardened warriors are known for their martial prowess – but wearing the skins of dead animals doesn’t take any skill.”

Animals killed for their fur are typically kept in tiny, filthy wire cages before being electrocuted, drowned, or even skinned alive. Or they may be trapped in the wild by horrific bone-crushing steel-jaw traps – which often leave them languishing for days before they eventually die of hunger, thirst, or blood loss.

And even though Warhammer characters are fictional, PETA (whose motto reads, in part, that “animals are not ours to wear”) notes in the letter that “draping them in what looks to be a replica of a dead animal sends the message that wearing fur is acceptable – when, in fact, it has no more place in 2017 than it would in the year 40,000”.

A copy of the letter is available here. For more information, please visit PETA.org.uk. 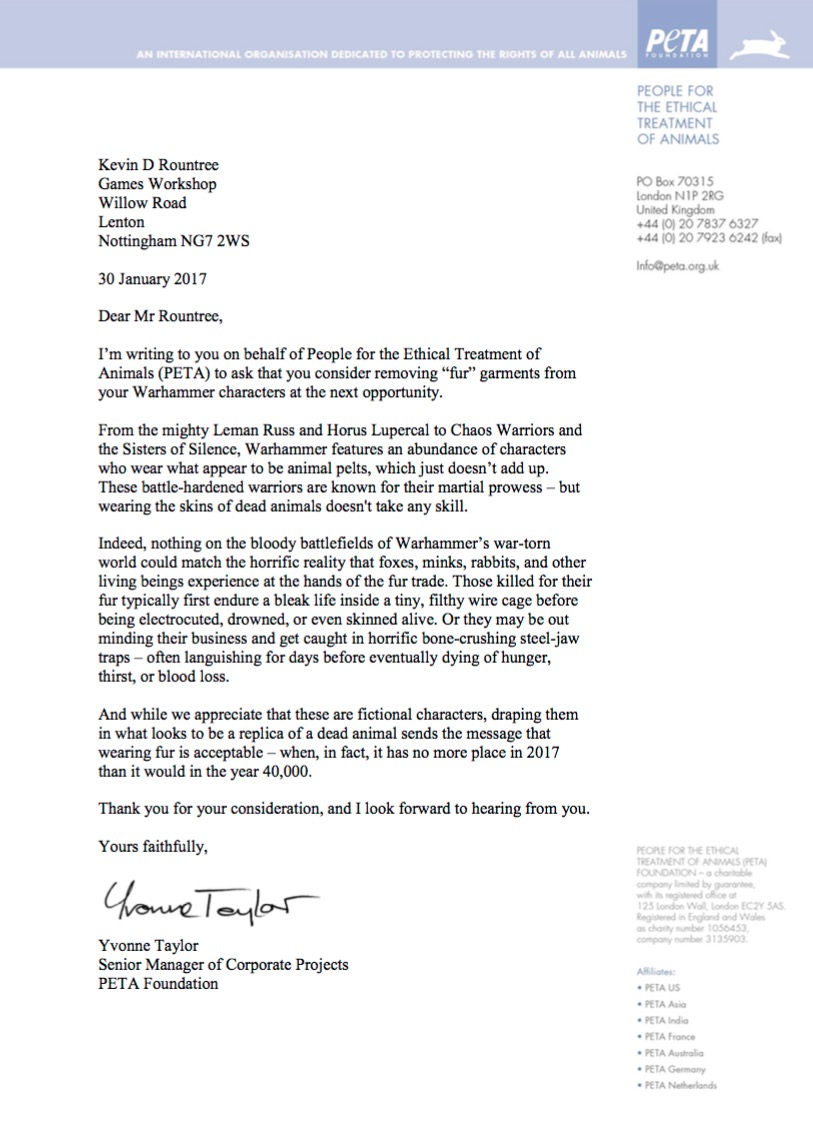 Author: Larry Vela
Dad, Gamer, Publisher, Pilot, Texan. All games all the time since junior-high. I started BoLS Interactive in 2006. I’m a lifelong tabletop & RPG gaming enthusiast, and internet publisher working to entertain and inform my readers every day. I've been playing RPGs and Tabletop Games since the 1970s. I'm been playing and covering Warhammer and Warhammer 40K for over 35 years.
Advertisement
Games Workshop Miniatures Tabletop News
Advertisement