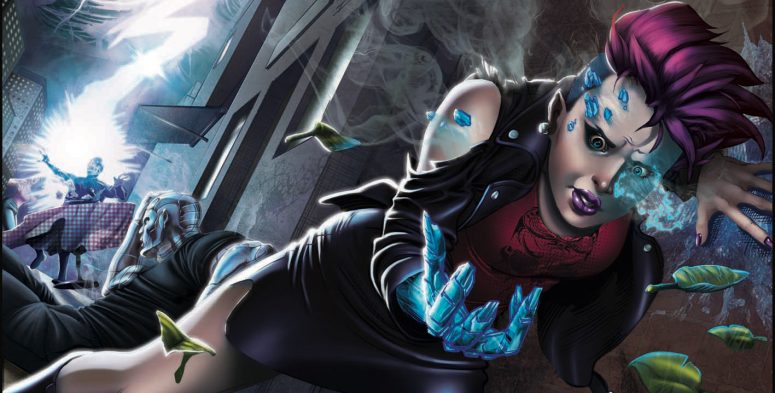 Create your Origin Story — everything you need to jump into Mutants and Masterminds collected in one place.

It looks like Green Ronin is giving their Mutants and Masterminds franchise some love this year with the announcement of the Basic Hero’s Handbook, due out later this year. While it’s not a new edition, the book does promise to gather the most-used rules in one place, making the game more accessible to newer players.

“Every hero needs an exciting origin story. They also need an antagonist that holds a dark mirror up to their defining qualities, to better highlight the heroic nature of their choices and sacrifices, but one step at a time. Origin stories define a hero’s abilities, challenges, and boundaries, and just like a superhero, every gamer needs an origin story that introduces them to the hobby. And introducing your friends to Mutants and Masterminds is about to get a lot easier, because later this year we’ll be releasing the Basic Hero’s Handbook!

Targeted for release later in 2017, the Basic Hero’s Handbook is especially designed to be an easy introduction to Mutants & Masterminds 3rd Edition, giving players everything they need to pick up the rules, make their own characters, and run games.”

Though they’re billing it as “the perfect tool for getting new players into the game,” the Basic Hero’s Handbook comes with a number of gamemaster tools as well, including pregenerated villains, adventures, and a handy reference of the most commonly used rules, streamlined with an eye towards getting you playing as fast as possible.

Now, I’m not sure how valuable it’ll be for people already well into Mutants and Masterminds. This is being billed as “an inexpensive rulebook,” that you could use for “getting your mom into M&M.”* And other than the villains, maps, and adventures, there’s nothing new here rules-wise, though everything is being put together as a reference for anyone, regardless of play experience. This is probably better for people looking to try it, rather than the hardcore fan, but it’s nice to see Mutants and Masterminds getting some love.

*I’m told that’s not the only thing your mom’s been getting into.