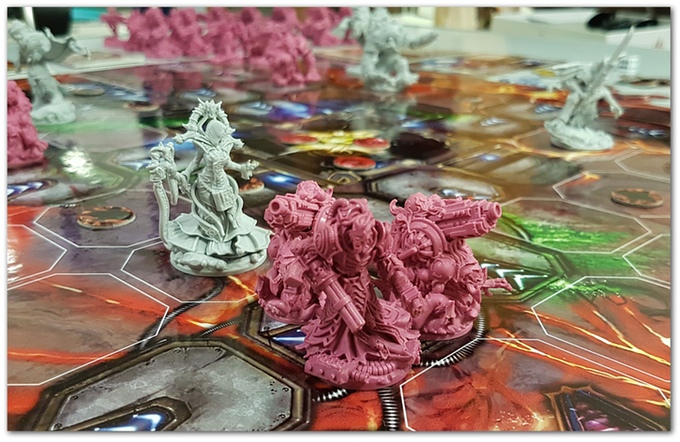 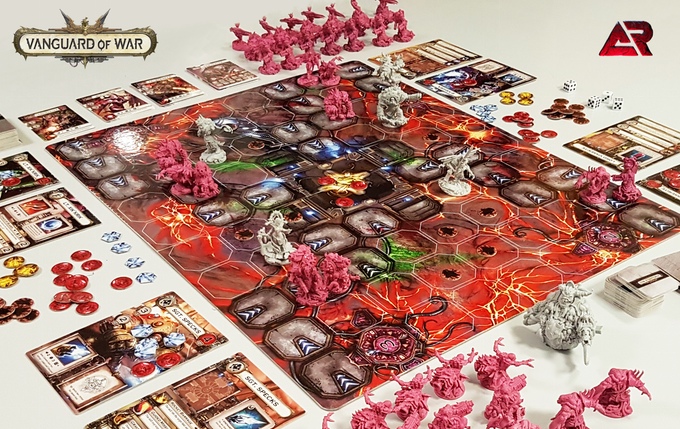 Vanguard of War by Archon Studio

The first (and biggest) Kickstarter of the week is Vanguard of War, the latest miniatures-based board game from the team behind last year’s LOAD. This cooperative survival game for up to 4 players takes a few cues from the tower defense genre, and tasks the players with defending a church besieged by demonic forces. Each player controls a powerful hero that wields a unique weapon, a passive special ability, and an inventory of consumable items. The goal is to defend the church until the researchers inside can figure out a way to reverse engineer a doomsday weapon retrieved in a previous mission. A standard copy of Vanguard of War will cost you $110, with a $250 pledge that includes a lengthy list of expansion sets. 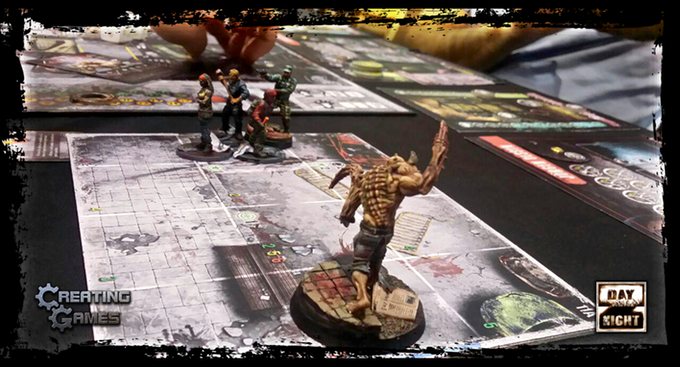 If demons aren’t your thing, Day Night Z is a cooperative survival horror board game set after the zombie apocalypse. Up to 4 players assume the role of scrappy survivors that you’ll guide through a lengthy campaign where your decisions can lead to one of three possible endings. Players work together on various missions to gather the supplies and materials they need to fortify their refuge in an attempt to weather the zombie outbreak. Alternatively, there is another mode where players can pursue their own agenda and compete against each other for resources. A copy of the game and all unlocked stretch goals costs €88/$93. 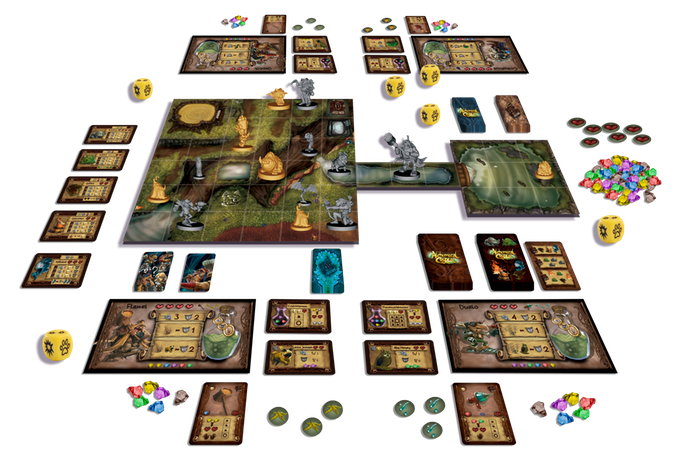 Alchemical Crystal Quest is another cooperative miniatures-based board game currently on Kickstarter, though it has a significantly more lighthearted and whimsical aesthetic than the previous two. This narrative board game supports 4 players as they embark on a quest set across 12 scenarios in order to defeat the evil sorcerer Darkthony. Each wizard apprentice is accompanied by a faithful animal companion, and the game involves environmental puzzles in addition to battles against Darkthony’s minions. There are still some early bird pledges left for $72. Otherwise, the game will cost you $75.

Omen: A Reign of War by Small Box Games 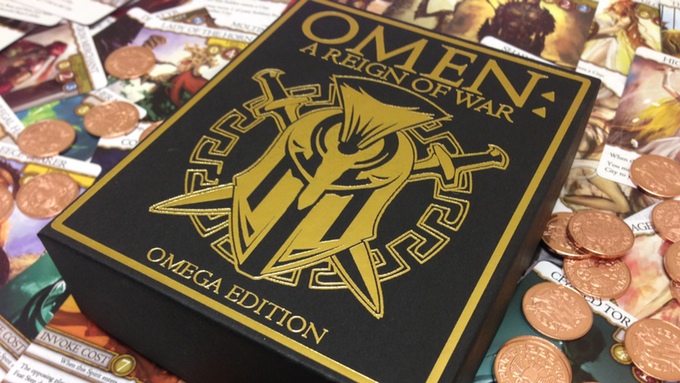 Small Box Games is now 10 years old, and to celebrate the company is offering a limited reprint of the Omega Edition of their hit card game Omen: A Reign of War on Kickstarter. Omen is a competitive card game where two players control demigods battling for supreme dominion over Ancient Greece. Over the course of a game, players will raise armies and attempt to conquer key Greek cities to prove their worth to the gods of Olympus. This limited edition includes 25 metal coins and a custom black linen box that is big enough to house all of the game’s cards sleeved. You can grab a copy for $25. 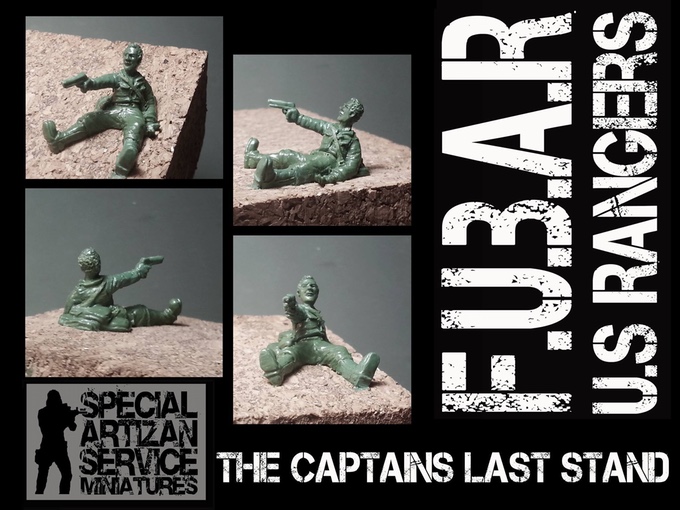 Special Artizan Service is back on Kickstarter with their second range of 28mm metal military miniatures. This time around they are sculpting a set of 7 Rangers and 3 Paratroopers that are inspired by a certain WW2 movie starring Tom Hanks. You can get all 10 minis for $60, though there are a few larger pledges that include multiple sets of the squad, a KettanKrad, and a Flak 38.

Dark is the Night by APE Gamer 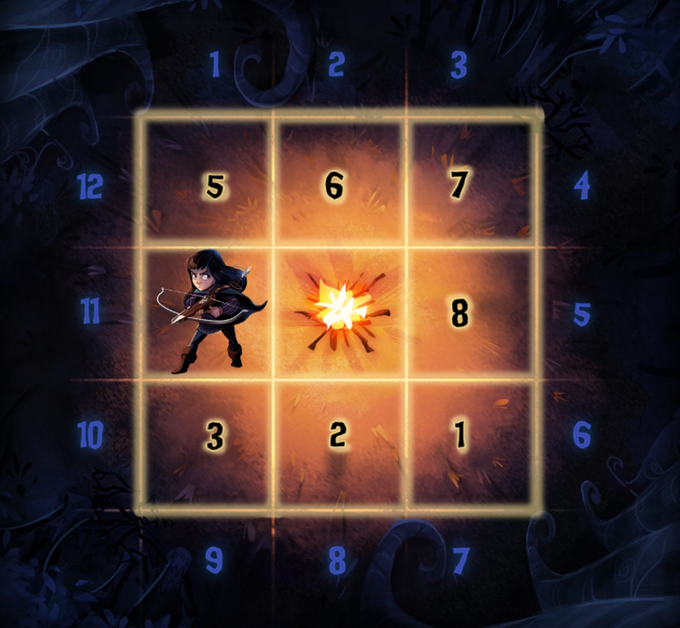 Dark is the Night is a fast and simple asymmetrical game of cat and mouse created by a small team of student game designers. A lone hunter has found herself caught out in the woods at night, and there is something lurking just outside the light of her campfire. The hunter is represented by a 28mm plastic miniature and can only move in the spaces around her fire, while the monster secretly stalks her from the shadows. The hunter must use her limited selection of tools to figure out where the monster is before it can manage to sneak up behind her. The game ends when one player is eliminated, or if the hunter manages to survive until daylight. A copy of Dark is the Night will only cost you $16.

Sub Terra by Inside the Box Board Games

Continuing the theme of surviving in the darkness, Sub Terra is a cooperative survival horror game for up to 6 players. A group of spelunkers have found themselves trapped underground after a cave-in. Together, they must navigate the cave’s many dangers in order to find an exit before their flashlight batteries run dry. Worse, they have disturbed something that calls this cave home…and its hungry. Exploration comes in the form of drawing and placing tiles when a player moves into a new section of the cave. Some tiles will have hazards like toxic fumes, water, or the aforementioned monsters that will begin to pursue the players once discovered. The most barebones version of the game is £22/$27, but there’s several deluxe editions that include extra content and upgraded components like miniatures to represent the 8 unique character classes. 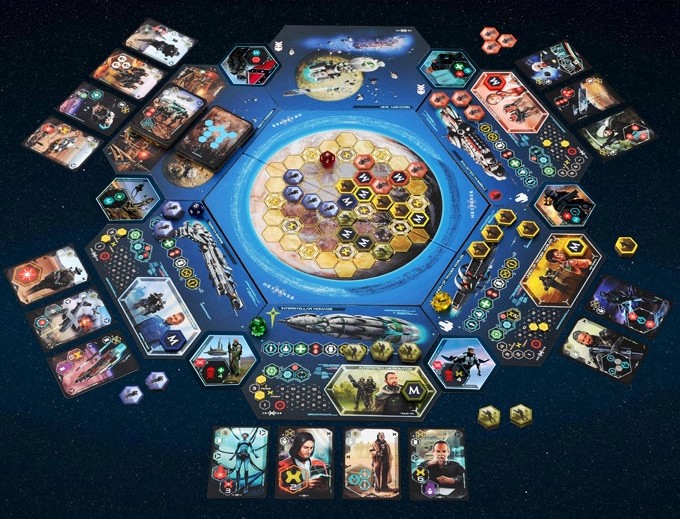 Finally we come to Hexpanse, a competitive strategy game for up to 4 players. Each player controls a warlord from one of 4 unique factions as they fight for control of Mars. Over the course of the game, players will deploy troops to capture strategic positions, mine resources, and purchase upgrades and mercenaries from the galactic market. Victory can be achieved by either killing all opposing warlords or successfully fortifying your position into an impregnable defensive formation on the board. You can buy the basic version for $45, or an upgraded Admiral Edition for $59.