The Tabletop Spotlight is on Gangs of Commorragh – Breakneck combat in the Spires!

It’s time for a full blown gang-fight in the Dark City with Gangs of Commorragh which is now available in all it’s glory. Our friends at Dragon’s Lair Comics & Fantasy brought over a copy to show off:

Gangs of Commorragh is a tabletop game where two players take to the skies with their “murder packs” and try to out maneuver each other in a war in the clouds and spires. The murder packs consists of Reaver Jet Bikes and Dark Eldar Hellions. As we’ve mentioned before you can mix and match them but you get a bonus if you don’t. But once you’ve formed your murder pack (based on a neat point-buy system) you can take to the skies.

The game is fun for one-off games for sure, but I think it really shines with campaign play. As you play more games your fresh-faced Dark Eldar go from new recruits to hardened killers and their equipment also gets better (and more deadly against your foes). It’s lighter on the RPG side of things than Necromunda or Mordheim but it has enough included to keep the games interesting. 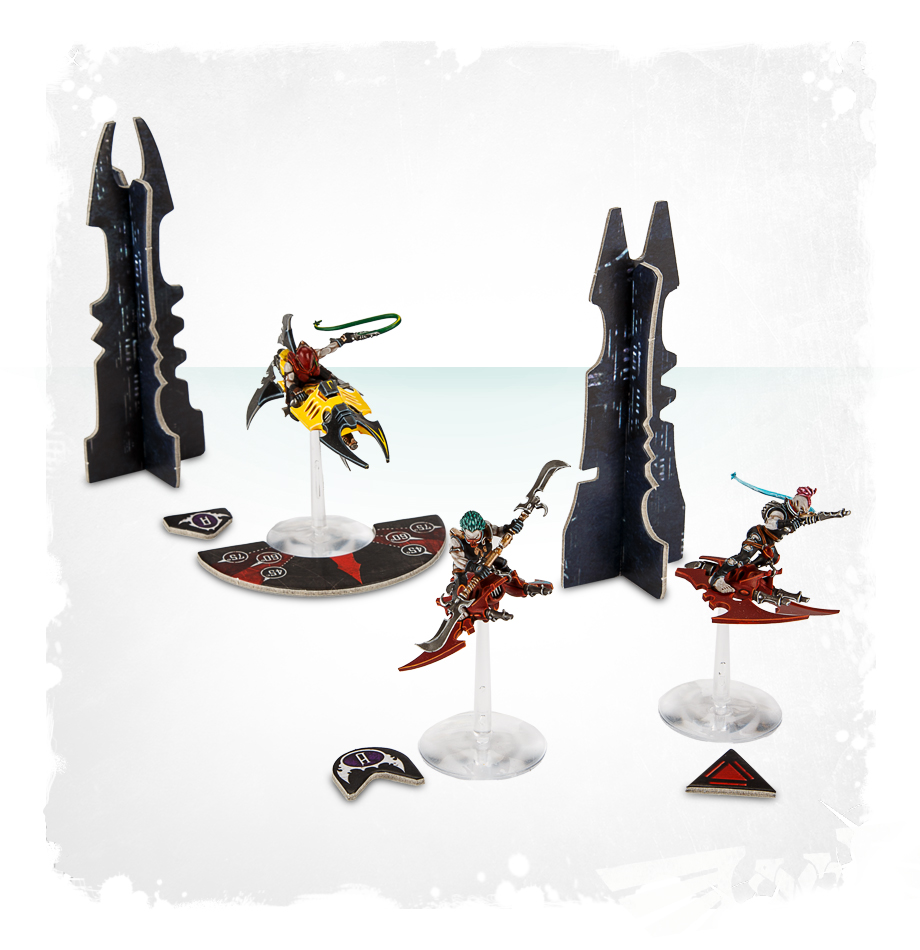 The movement is what makes this game really interesting. If you want to make a turn you have to use the turning template. Your speed is a big factor as well. Aside from that, the game also has an interesting Hunter/Quarry mechanic. I won’t go over that again here, but we talk about it in the video. It can lead to some very interesting chains of movement.

Overall, this game is exactly what you expect – a battle between two gangs. It’s interesting enough to warrant a few games by itself – but if you can get a league going, you’re going to have an even better time. I think a huge chunk of the enjoyment of this game is a also the building and converting of your gang. If you already have a Dark Eldar army you’ve probably got more than a few bits laying around. Combine some of those with the Reavers or Hellions to create a new look and you’re up and running.

I’m really hoping this game gets some more attention later on – maybe in a future White Dwarf. I’d love to see some rules for Venoms, Scourges, or even a Raider added. And if we want to get really crazy maybe even some rules for some of their goody-two-shoes cousins as well. The skies the limit (ha-ha) with Gangs of Commorragh!

Death among the spires!

It would be sweet to get rules for a Vyper/Venom in this game…just sayin!

Author: Adam Harrison
Writer, Editor, Texas Native, and Austinite for 15+ years, Adam covers all things Tabletop Gaming. Which includes Warhammer 40,000, Age of Sigmar, D&D, Board Games and everything else that involves dice, boards, cards and a table. A hobbyist, player, and collector of miniatures and games, Adam's current obsession are his Death Armies for Age of Sigmar, his Blood Angels and Tyranids for 40k, and his ever growing Arkham Horror: The Card Game Collection.
Advertisement
Dark Eldar - Drukhari Tabletop Spotlight Unboxing Videos Warhammer 40k
Advertisement 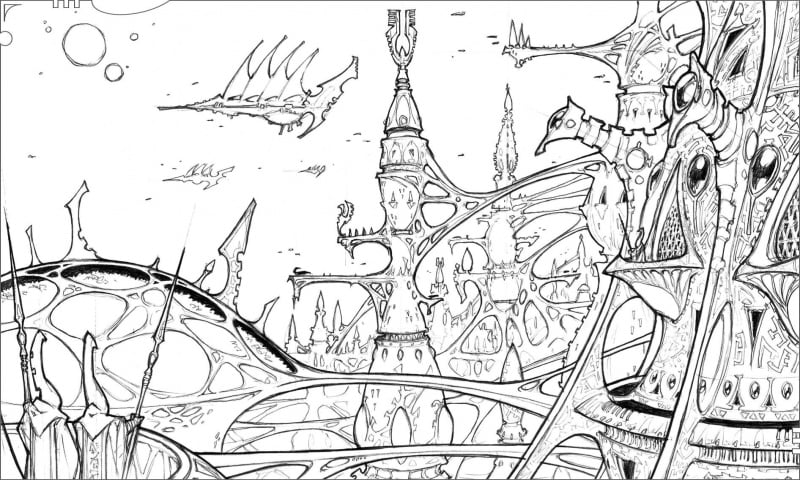