Goatboy here and today we have a harassment/smashface armylist to make the Imperium smile.

Currently I am about to start on the Saint Celestine build/paint/review and need to write up a Magnus review as well.  Beyond that I am just trying to burn through some commissions to finally get started on my AOS army.  Still I can’t glue, paint, yell at miniatures all the time so I need to at least exercise my list building thoughts.  A few buddies are still brewing some 40k lists and haven’t chewed on the AOS meal yet.  I randomly thought of the following “combo” unit to use as a harassment/smashface option in this new grand age of the Imperial Alliance army list.

Of course if 8th edition removes the ability to combine IC’s into a super unit this sort of thing will have to be dropped – but until then this super unit of friends should work out pretty well.  The initial idea was to put in the Saint, her two girlfriends, and a boyfriend to help punch things.  The initial thought was to use a Cataphraci (aka Cactus) Armor Captain as another piece of the puzzle to help glue the pieces together, give the unit enough answers for just about anything, and be a complete pain in the butt to deal with.  This will be the “head” of the army and based on how you want to play will generate two different styles pf play.

First thought – Iron Hands smash list.  The idea is to get two paint in the but Cactus Armor guys – mix them with the Saint and friends – and then have some backfield barrage action to hurt people.  The Assassin is in there to ensure you can turn off a star or two and maybe snipe out some characters. 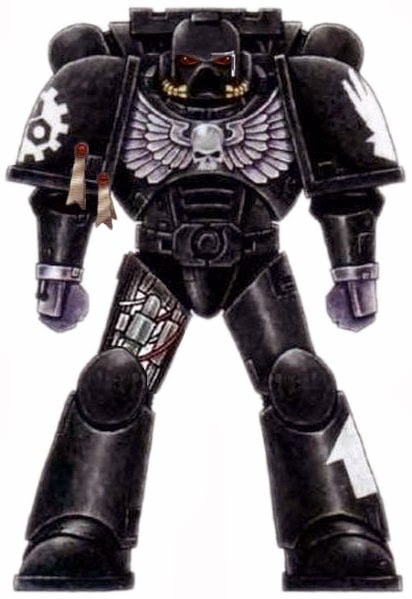 This list is just a ton of bodies mixed with the crazy expensive mini star that comes down, has 3 Eternal Warrior Jerks, has Hit and Run, and even has 4 extra wounds they can easily throw things off too and they get to come back.  I just like the idea of two of these crazy Terminator guys who are running around with the Saint.  Plus the Chainfist/Thunder Hammer combo just seems cool.  Heck I would almost do 2 Thunder Hammers as he would be the most radical Captain in existence.  It does have a lot of scoring, decent weapons, and maybe might win a game or two.  Most likely you could drop some things to get some Storm Talons or other marine things as you see fit.

The other thought would be how many things can I shove into one dumb unit that isn’t just a Bark Bark Star.  Now this isn’t a good idea at all.  This is probably way o dumb to even work but as an idea it seems completely crazy.  Plus – it could have a bunch of weird rules interactions and other goofy things.  But hey – sometimes things like this can be so goofy it might work for a game or two.

2 Formations plus a SW Detachment 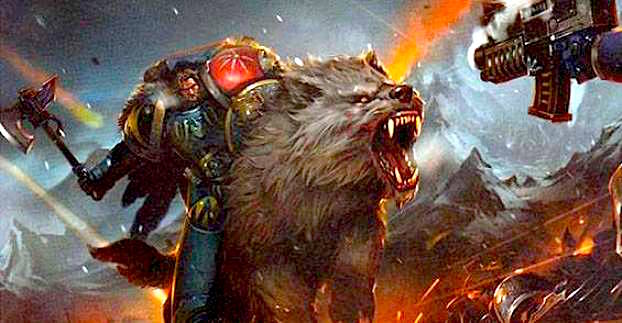 Basically this is a big fat unit of idiots designed to run around the table, smash face, and maybe – just maybe score an objective or two.  It has so many extra wounds to throw around, a smidgen of psychic potential and enough dumb rules to be a pain the rear.  I really do hate I can still use Elite Iron Priests – but hey this is a great way to glue them all up into one big fat nutty unit of murder.  If you get lucky you could have some cool spells to help get 2+ inv saves, better FNP, or just rerolling saves like the giant tool you are for bringing something like this to the table top.

The first list I think has a decent chance to play in most missions but the second one makes me giggle to think about.  Thankfully we have something coming and I hope monstrosity like the units I am creating above won’t be allowed.

~Any other interesting “Alliance” lists have you come up with?

Author: Thomas / Goatboy
Thomas Reidy, aka Goatboy, the ever-evil member of BoLS. I do arts, play 40k, and even paint a lot of stuff. I have been playing Warhammer 40K since the 1990s, and have won multiple national events including Adepticon and GW GTs. I've been writing for BoLS for 15 years. Look at my Instagram to see what I am working on - or working on for someone. I am always doing something hobby related.
Advertisement
Armylists Space Marines Space Wolves Warhammer 40k
Advertisement