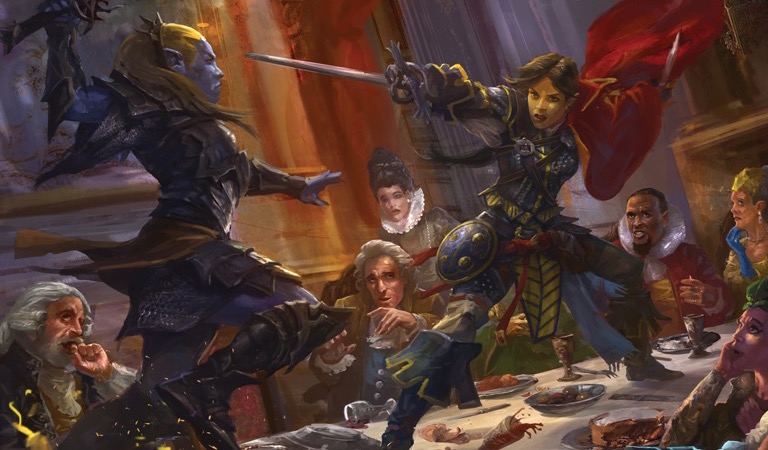 Discover Your Noble Side!

Adventure is not limited to forbidding dungeons and grimy back alleys; sometimes the greatest risks and rewards are found in the gleaming halls of queens and emperors. Pathfinder Player Companion: Heroes of the High Court presents everything you need to take your escapades into the royal courts and noble houses of Golarion. Learn how to dress and act in high society, gain access to the echelons of political power, and take advantage of the privileges afforded to those who have mastered the arts of courtly intrigue! 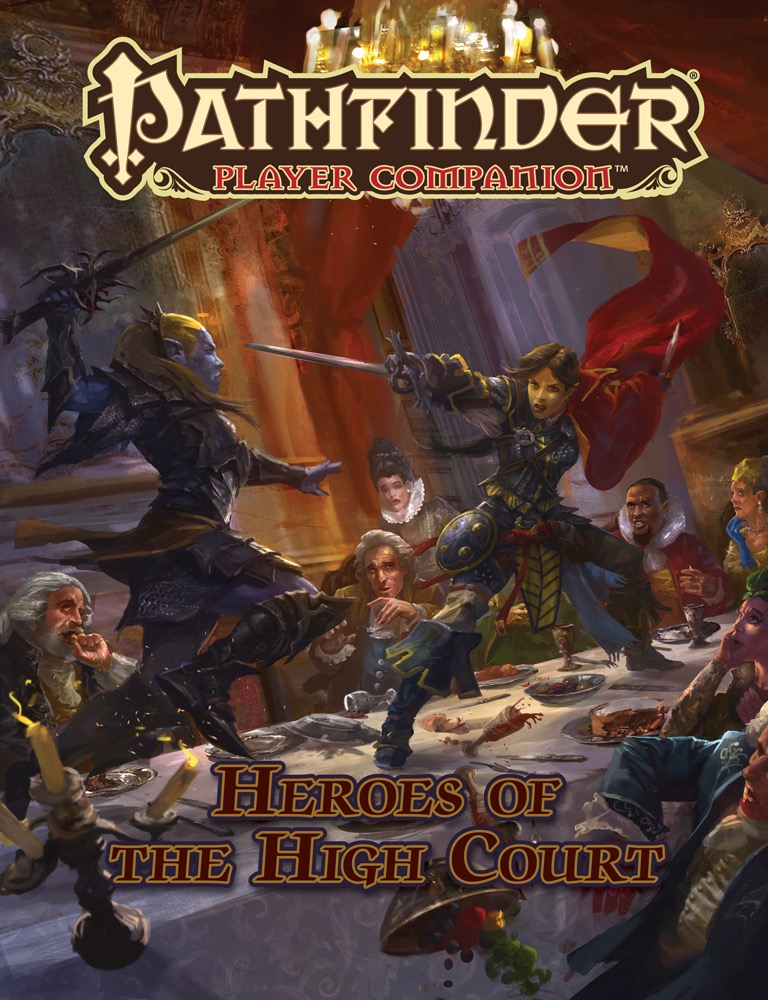 What you don’t realize is the dinner duel is just part of the evening’s scheduled entertainment.

Knowing Pathfinder, “verbal duelist” is an archetype we’ll see before too long (assuming it’s not already in the book). I am uncomfortably okay with this. But also this seems like a great way (along with Ultimate Intrigue) to play up games with a more political intrigue kind of vibe to them. Courtly intrigue/affairs can be hard to do when half the party is decked out in spiked half-plate and carrying a greatsword that is on fire (incredibly satisfying though), so if you’re looking to class things up, this is the splatbook for you.