After more than a decade in exile, look upon the Black Guardians of Ulthwe Craftworld who return in Fracturing of Biel-Tan.

Fracturing of Biel-Tan has been sighted in the wild. Let’s take a look at exactly what the classic Black Guardians of Ulthwe Craftworld will look like when they return to the tabletop. 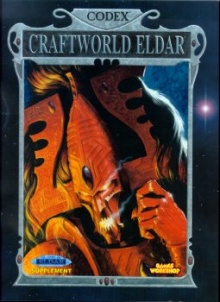 Back in 2001, Codex Craftworld Eldar and 2003’s Codex Eye of Terror brought us the original rules for the feared Ulthwe Strike Force, representing the highly trained standing army of Black Guardians who make up the majority of Ulthwe’s military.

You can see their original 3rd edition rules here: 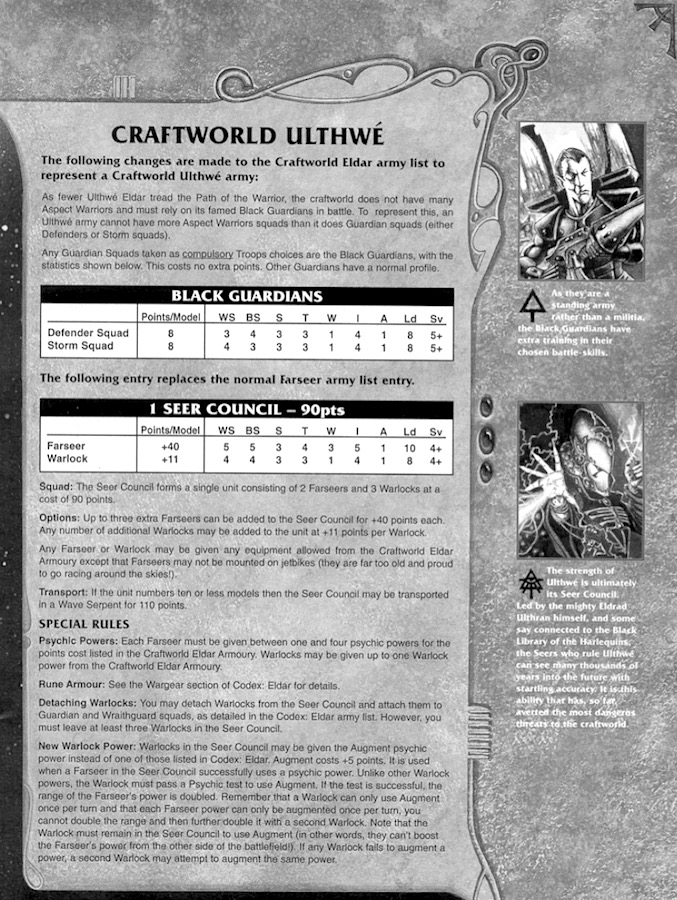 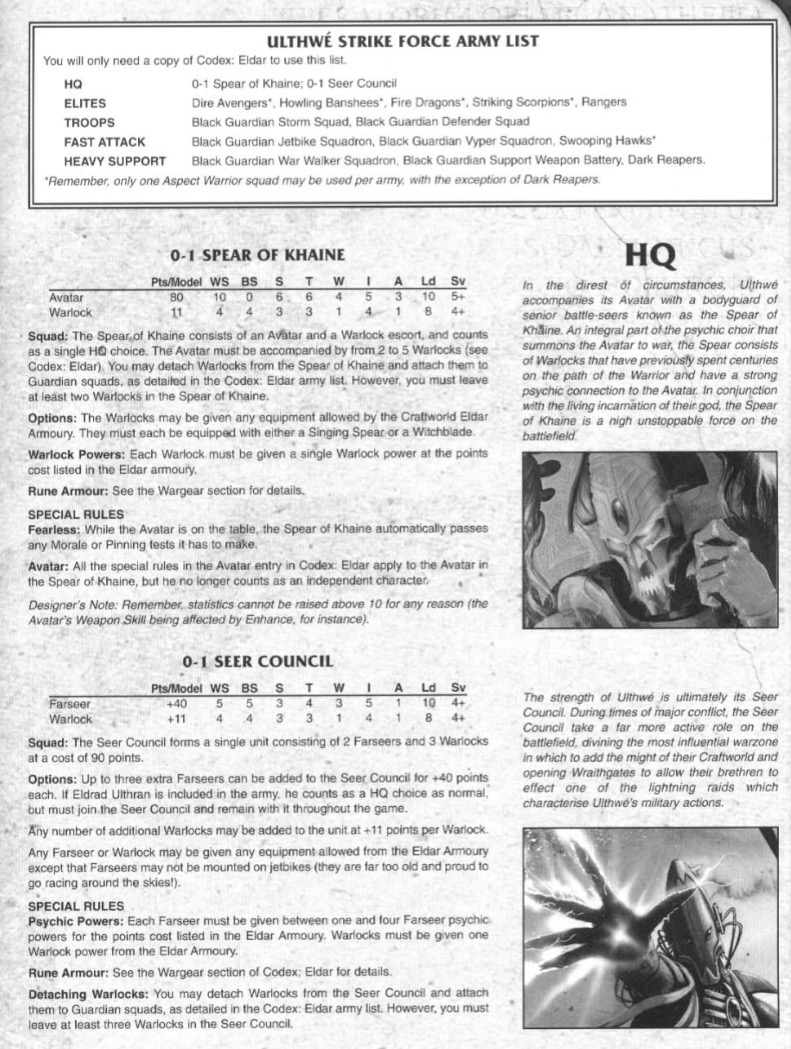 Note the very heavy emphasis on not only the Black Guardians, but the Seer Council that led them. 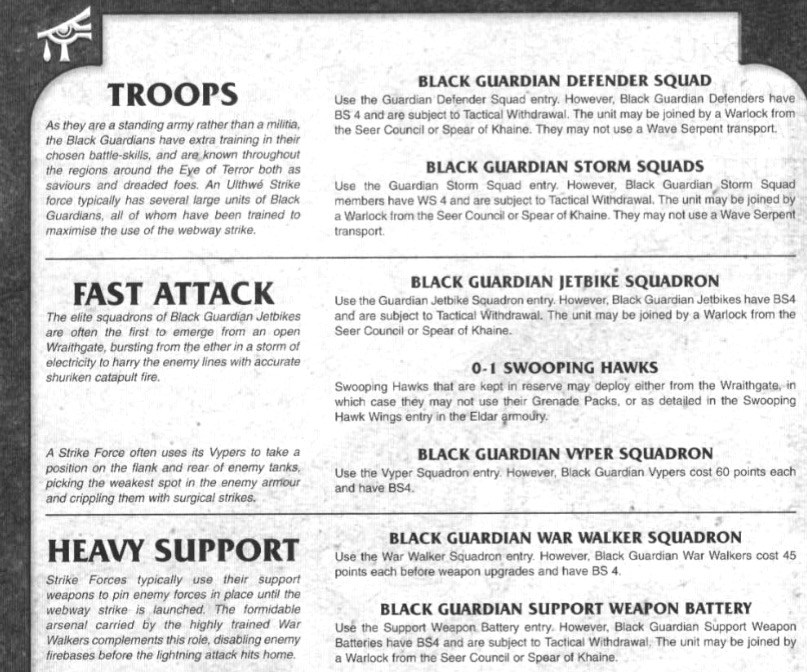 Now take a look at these rules from one lucky gamer (Dakka’a GoonBandito) who has a copy of the new book: 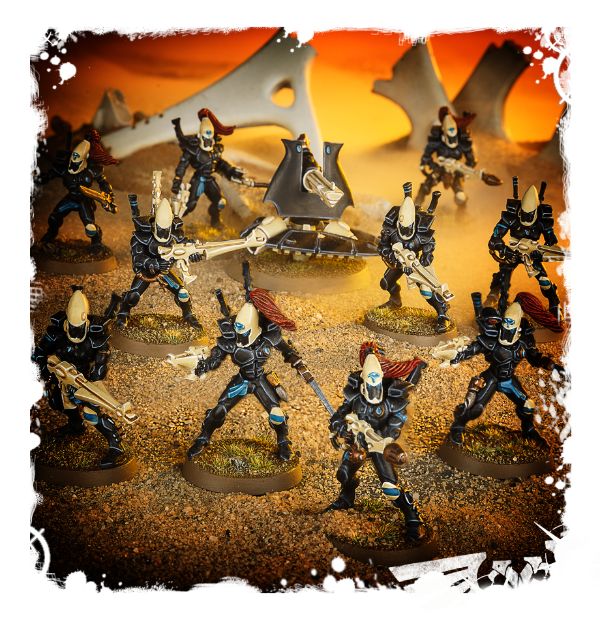 The new Forces of Ulthwe units have the Eldar Faction, but can only be included in either an Ulthwe Strike Force Detachment or as part of a Reborn Warhost (the new cross-faction Eldar detachment). They also cannot be included in any army that contains any Chaos Space Marine, Chaos Demon, Khorne Demonkin or Renegade Knight units. 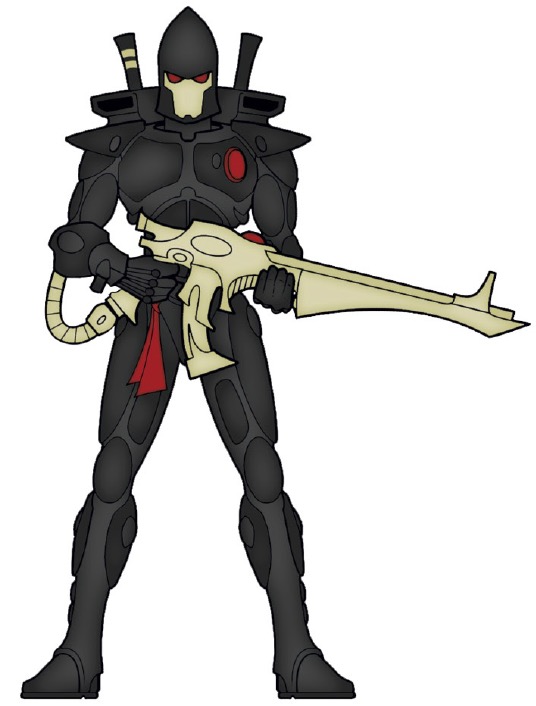 Black Guardians: Cross between Guardian Defenders and Storm Guardians essentially. 110pts for 10, 10 additional for 11pts a model. Come with Shuriken Catapult by default, but they can all swap for Shuriken Pistol/CCW for free (if they do so they get the Power Sword, Flamer, Fusion Gun upgrades Storm Guardians get). If they keep their Catapults, they can take Heavy Weapon Platforms with the usual upgrades. No Warlock leader upgrade.
Black Guardian Windriders: 60pts for 3, up to 7 more for 20pts a model. No Warlock Leader upgrade, but otherwise the same as regular Windrunners.
Black Guardian Vyper Squadron: 45pts per Vyper, can take up to 6 in a Squadron. All usual vehicle upgrades
Black Guardian War Walker: 65pts per Walker, up to 2 additional. All usual vehicle upgrades. 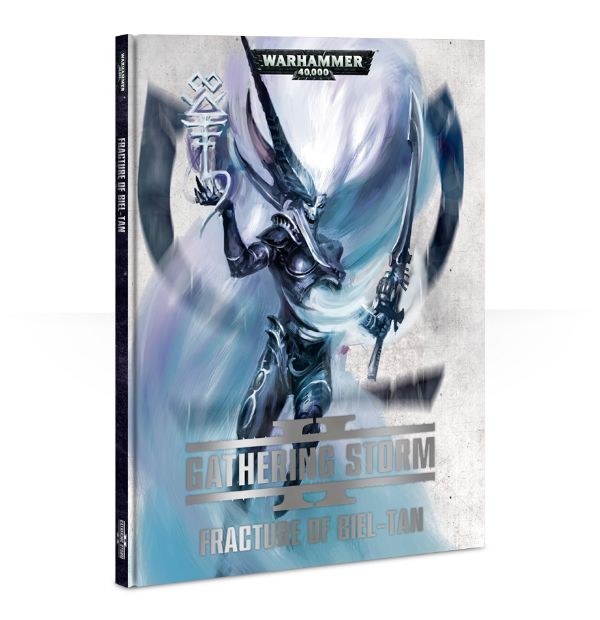 ~It would appear the classic Ulthwe Seer Council and the Craftworld’s emphasis on fielding it’s psychic leaders en masse is gone.