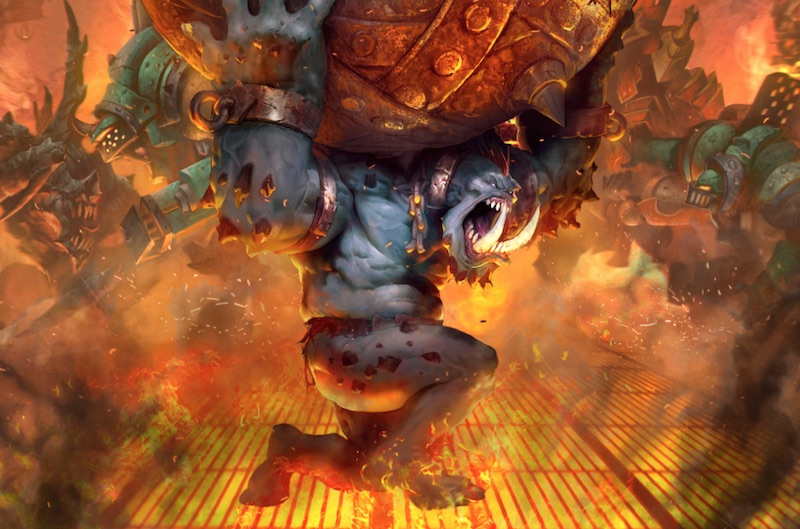 Last month’s No Quarter included rules for the game – here’s how to get your models ready to play.

After filling out my Grind team roster of warbeasts, I set my sights on converting my first model: the Dire Troll Mauler. At this point, I really had no overall vision for my team, but I wanted to play it loose at such an early stage, so I wouldn’t hinder any creative whims I might have. I preferred to steer clear of any serious sculpting work because I wanted to see what I could do with just replacing parts here and there. Before I started this conversion, my only real concept for the Mauler was “hardened old gladiator with a barrel helmet.” Going through all the extra bits I’ve accumulated over the years, I broke everything down into somewhat organized piles to get a better sense of what I might be able to create. I spent a few moments test-fitting various pieces to see how they might interact in the next stages of building. I wanted to stick with the upper torso of the Mauler kit, as it’s easily recognizable; however, that didn’t mean I needed to stick to the standard legs. I tested the upper body with a few leg bits to decide which one had the best look. Part of me really wanted to go with the Titan legs, but since I wanted to avoid too much sculpting work, I opted out. Maybe next time I’ll use it and sculpt a hefty gut onto him for a sumo-style Mauler. We’ll see! In the end, I stuck to the standard legs but swapped the spare leg for a lovely Khadoran one. When it comes to conversions and part swapping, I enjoy putty a good deal, as you can see in the picture. It’s just a small dab of glue on both ends of a ball of putty that’s then sandwiched between two parts. It’s quick, fast-holding, and allows me more freedom in creating the architecture of the piece. Then I can go back and sculpt or clean up areas as needed. Pinning is also useful here, but it requires more exact measurements and a much clearer idea of what your end piece will look like. Other than my first Grind model for my team being a Dire Troll Mauler, the only other idea I had was for him to have a barrel for a helmet. I tried other pieces just to see how they looked, but the barrel won out. The Cephalyx helmet had a really nice look to it, but I decided to save that for a Scythean conversion. To get the barrel on, I trimmed the top of the troll’s head and then cut the barrel in half using hobby clippers. The roughness from the clippers was a nice effect, making the barrel look like it had been broken in half, which I accentuated with my hobby knife. Even though the arms were the easiest step, I think I spent the most time trying out as many combinations of bits as I could. But a hand swap was all I needed for an effective look. This guy seemed to be going full Khador!

Oh, the extra bits. With the model fleshed out in the previous step, this was where I got to make a pile of some fun looking stuff that might go well on…Mr. Ticklefist? I did a bit of sorting and got to work!

Covering up the ugly putty/glue work on the leg was a goal for this stage. I wanted to avoid sculpting extra cloth, creating a connection point to the replaced leg, or something else to adjust the fit, so thigh plates seemed a good idea. As he was already leaning toward the Khador-side of things, I think it worked out that the shields I had where the right shape I needed.

When I think of the aesthetics of a gladiator, a single shoulder armor plate is usually near the top of my list. I tried a few different larger shields I had, but the Demolisher shoulder plate seemed to work nicely (and, you know, this guy seems to be a fan of Khador now anyway). After clipping and trimming down the Dire Troll’s shoulder growths, I glued the plate on once I was happy with the positioning.

And then came the pain. Back when I was sorting through the bits in step 1, I became fond of the idea that the Mauler should have spears/weapons stuck in him from his years of battling. After grabbing the ones I thought were the best fits, I cut them down and prepared them for being glued to Mr. Ticklefist. When placing them, I tried to think about areas they could be placed that wouldn’t restrict movement—or the ability to handle him as a playable model. And here is Mr. Ticklefist. There’s still some gap filling to be done, but his overall conversion is complete, and I can’t wait to start painting him. I’m very content with the way he came out. All the Khadoran bits I used helped me determine that my warbeast Grind team will be trained gladiators from a Khadoran nobles’ “fight club,” and they’ll be called something like the Khadorable Kreatures. One warbeast down, five to go!

If you’ve converted models for a Grind team, be sure to share them on Privateer’s forums!

What do you think of this conversion? 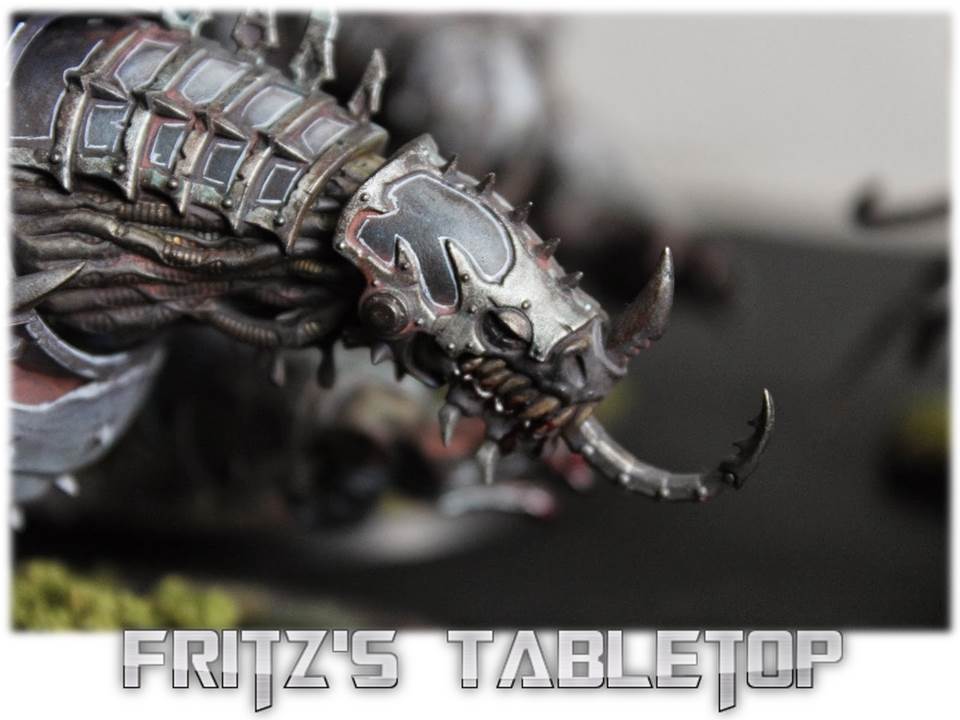