Roboute Guilliman is back and he makes it to Terra – So what happens now?

We learned yesterday that the Primarch of the Ultramarines is going to make it to Terra and have a “soul crushing” experience at the seat of the Imperium. So let’s unpack that a bit a based on what we know so far. 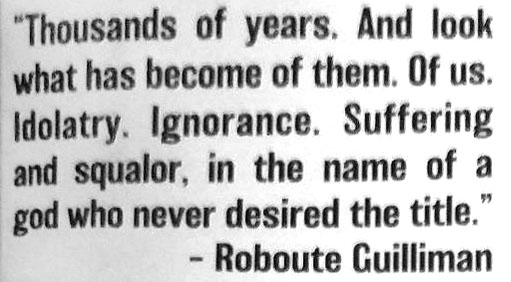 Guilliman might not be as angry as we initially thought. However, he sounds…disappointed. On top of that it looks like he’s traveling to Terra with Yvraine (which means the Aeldari Triumvirate & based on the story so far we can also assume Cawl, Greyfax and St. Celestine) Cypher (& Fallen?), and the Grey Knights. So basically a Trio of Triumvirates! Now, I’m not 100% sure that the forces on Terra would permit the “Filthy Xenos” to step on Holy Terra so maybe they part ways somewhere along the way…but for the sake of argument let’s assume all Three Triumvirates make to at least Terra.

So what happens next?

Get your tinfoil hats on because it’s time for pure speculation and conspiracy theory time!

I think there are a few ways this could go so let’s paint this picture with some broad strokes.

Everything is fine, We’re fine…How are you?

Guilliman and Co. land on Holy Terra having just fought their way from Macragge to Terra. They make their way to the Imperial Palace and they just let him waltz right up to the throne room and he goes in. At which point he has this “soul crushing” experience. Maybe it’s just the realization that the Imperium is a mess and the Emperor has become more than just his “father” – this is the “happy” scenario after-all. Guilliman assumes control of the Imperium and all is well! There is a new alliance with the Aeldari, the Imperium now has a “new” leader that pretty much no-one can argue against, and things are looking a little less “Grim” in the Grim-Dark.

Son, I Am Disappoint

Guilliman makes it to the throne room (same as before) but has a long (probably psychic) chat with his father. This is that “soul crushing” experience that was mentioned. The repercussions of this chat are that Guilliman has new orders from father and they are to clean house. He is to usher in a new age of “For Science!” attitude and get rid of all this bureaucracy that has sprung up. He first goes after the High Lords of Terra and explains they have been doing a terrible job and he’s back to take over. Then he goes after the Ecclesiarchy and reforms them. Guilliman probably knows he can’t just end this bureaucratic nightmare and/or Emperor worship without some major rebellions, so he does this by some other means besides a complete abolishing of both systems.

I don’t think he goes full on “French Revolution” with blood in the streets and heads rolling off the guillotine…then again “Guilliman” and “Guillotine” are kind of similar. Watch your necks! He still takes over as the new leader but now he’s fired-up and ready to take the fight to the enemy. Now that he’s got new marching orders he reorganizes the Imperium under his control and prepares to face the on coming Storm… 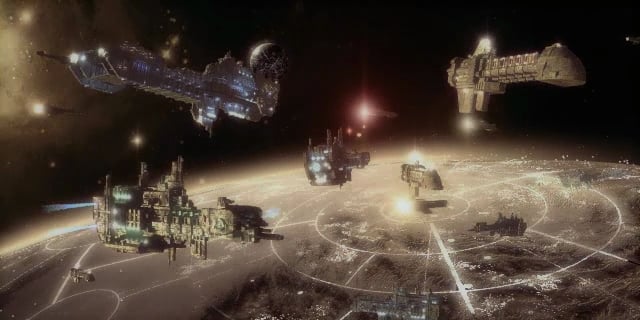 After “meeting” his father something terrible happens. Keep in mind we’re assuming the other triuviates are also there. And there are quite a few “soul devouring” weapons among them. And let’s not forget about Cypher walking around with that sword he has…In this scenario all hell is breaking loose. Maybe the Aeldari’s presence triggers some kind of defense system. Perhaps Cypher uses his sword on the Emperor to finally “free” him. Maybe Guilliman and Cawl simply unplug the Emperor so that what ever is suppose to happen finally does happen. Rebirth, reincarnation or just death – whatever happens is “soul crushing” to Guilliman.

This leads to a fracture in the Imperium. Guilliman can’t bear to see this Emperor Worship and retreats back to Macragge to form his own “pocket” Imperium. He doesn’t go full rebel because he knows that would be a war he couldn’t win…at least not yet. He rallies his troops and braces for a Chaos attack. The rest of the Imperium follows whatever this new religion turns out to be – The Ecclesiarchy steps in and with the High Lords help, they try to cover-up whatever happened. Somehow the Astronomican is still functioning – perhaps that was what Cawl had in his magic box. So while the Emperor is “gone” the shell of the Imperium is basically intact. But the cracks are starting to form.

I think this scenario is highly unlikely – however, if the Emperor does die the power vacuum would be amazing. The corruption in the Imperium and the bloat of bureaucracy may keep things together for a time but eventually the system would collapse under it’s own weight. We’d see a real shake-up to the lore of 40k and with the death of the Imperium maybe Guilliman would be forced to fight to reunite it under his banner. In some twisted way, maybe this leads to a new great crusade and the Imperium actually ends up leaner and meaner than it’s ever been. 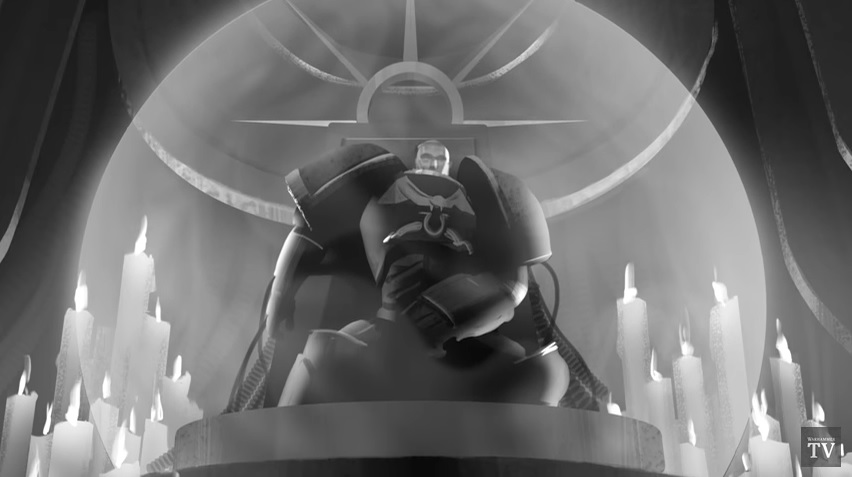 Theories aside – Guilliman is back and he’s going to make it to Terra. What happens after that? Well, I guess we’ll have to wait and see…

What do you think happens once Guilliman makes it “Home” – what repercussions do you think this will have for the Imperium of Man!?

Author: Adam Harrison
Writer, Editor, Texas Native, and Austinite for 15+ years, Adam covers all things Tabletop Gaming. Which includes Warhammer 40,000, Age of Sigmar, D&D, Board Games and everything else that involves dice, boards, cards and a table. A hobbyist, player, and collector of miniatures and games, Adam's current obsession are his Death Armies for Age of Sigmar, his Blood Angels and Tyranids for 40k, and his ever growing Arkham Horror: The Card Game Collection.
Advertisement
BoLS Editorials Games Workshop Lore Warhammer 40k
Advertisement