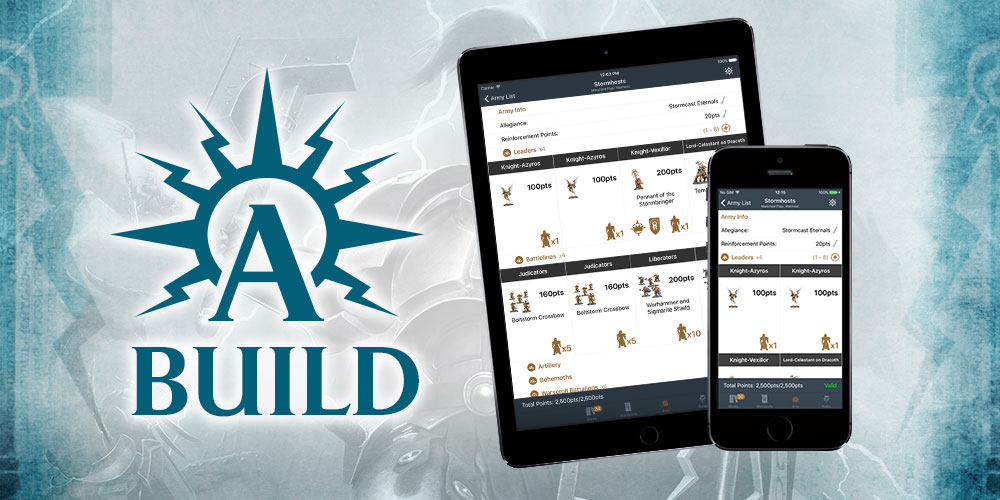 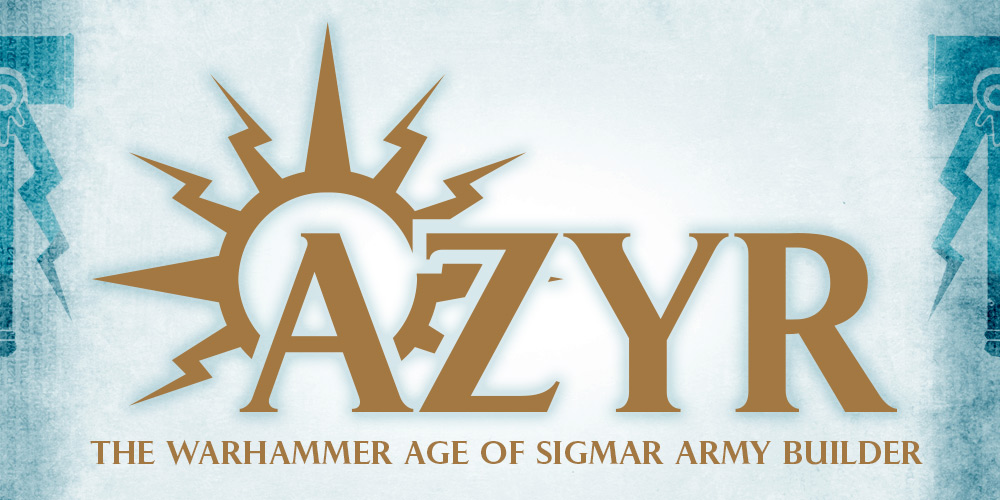 Games Workshop has a new App to help AoS players build armies on the fly!

The new Azyr Tool is part of the Age of Sigmar App and it allows players to do lots of cool things with army building – check it out:

“Great news for Warhammer Age of Sigmar fans today – your essential companion to gaming in the Mortal Realms has just got a new feature.

The new ‘Azyr’ tool, is a subscription service army building upgrade for your app. It’s a tool to let you create army lists for open, narrative and matched play. It will let you know when you meet the minimum requirements for a game of that type and if your army is valid or not for your style of game.

Azyr is handy for those who own the books digitally as well as those who prefer the printed editions – it is designed as a tool that can be used alongside either option. It doesn’t contain the full rules for everything, so you will still need those, but unit Warscrolls themselves are still free to download in the app itself.

Every army will be supported with Azyr, including those currently using Compendium Warscrolls, in Grand Alliance books and new armies that have only just received a battletome.” 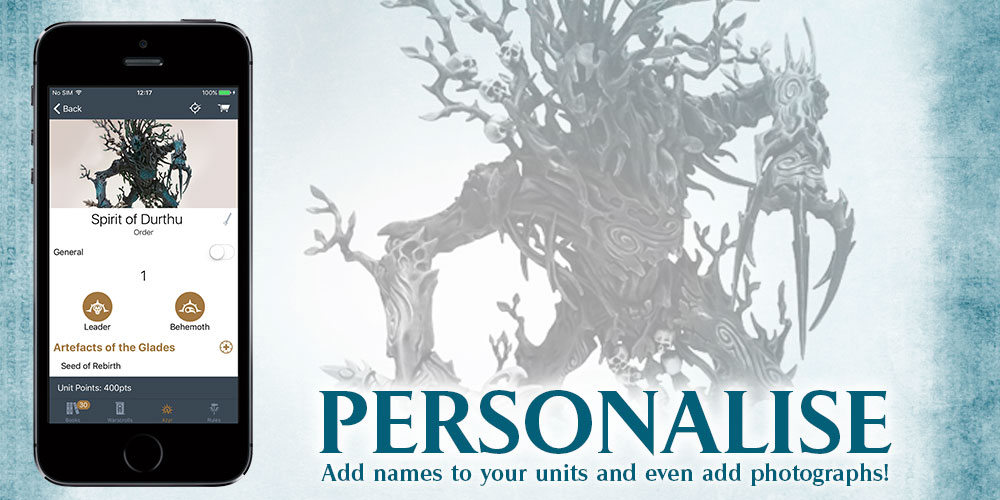 “The army builder works with the existing My Battle portion of the app, but doesn’t replace it, so you can easily add your existing My Battle units to it if you’d like. You’ll have the ability to customise your army too, by adding your own photo’s and names to units in your army list.” 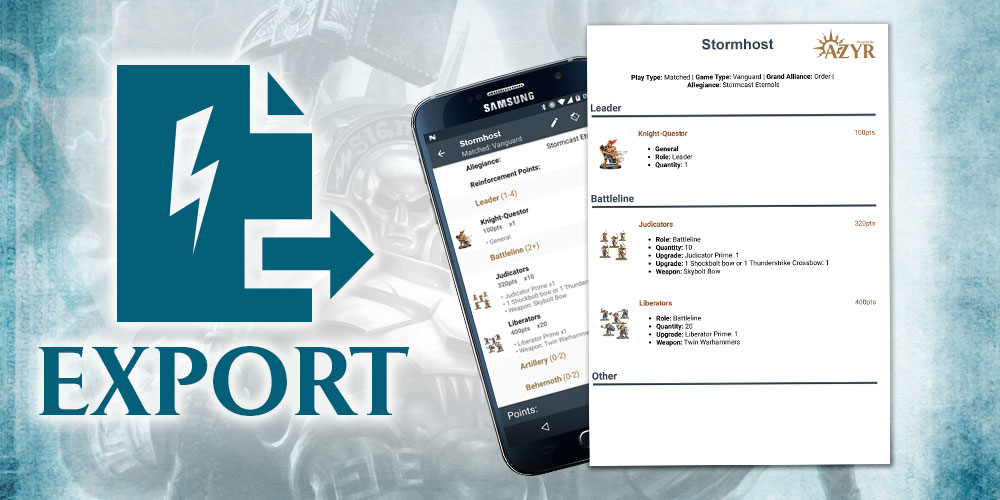 “And if you need to export your army list to share it with others – for events and tournaments, or just with friends – you can do that too.

And how much do all these awesome features cost?

Update your app to gain access, or if you don’t have it on your device yet, download it for your tablet or phone today.”

In case your eyes glossed over here are the highlights:

It’s PART of the AoS App, which is still free. But if you want to access the tool you’ll have to pay the subescription fee of £0.99 per month. This is a great way to get access to all the armies and their points in the palm of your hand and will make list building on the fly much easier. Is that price worth it? That really depends on the player, doesn’t it! For me – I planned out my list already but if my army or collection expands…

I will say that it’s about time GW got into the list-building App game. 3rd party Folks have been doing for a long time and some of them have been hit-or-miss. But now, GW will help clear up a lot of the confusion and you know it’s going to help you create a “legal list” for a tournament because it’s FROM Games Workshop.

Author: Adam Harrison
Writer, Editor, Texas Native, and Austinite for 15+ years, Adam covers all things Tabletop Gaming. Which includes Warhammer 40,000, Age of Sigmar, D&D, Board Games and everything else that involves dice, boards, cards and a table. A hobbyist, player, and collector of miniatures and games, Adam's current obsession are his Death Armies for Age of Sigmar, his Blood Angels and Tyranids for 40k, and his ever growing Arkham Horror: The Card Game Collection.
Advertisement
Games Workshop Rules Tabletop News
Advertisement