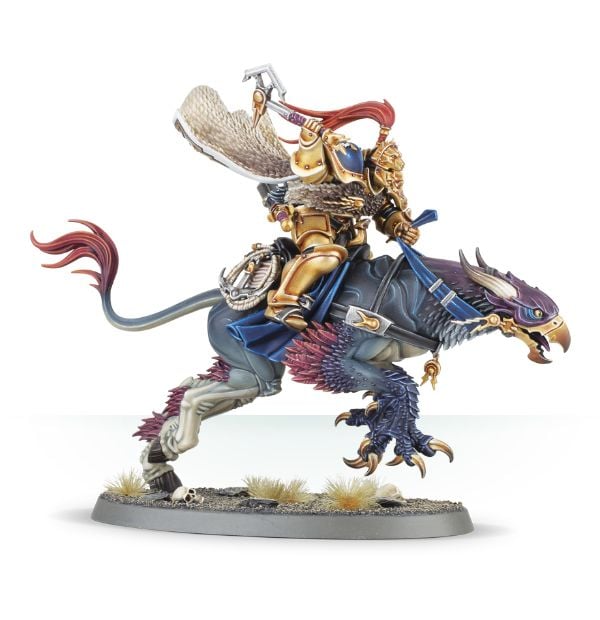 First we have the Vanguard-Palladors, “who move so fast the naked eye cannot keep up.”

The models for these are amazing! If nothing else will be a great addition to any collection. The Gryph-charger model is very different and well sculpted. They look like they would be extremely fast in real life. The only thing that looks to be slowing them down is the hulk of armor on top of them. The detail on these models is incredible and you are able to give them either a Starstrike Javelin or a Shock Handaxe.  I think the Handaxes look better personally.

Onto the rules for these bad boys. They are a hefty 220 points but come with 15 wounds in the unit. That paired with their 4+ save makes them pretty survivable. They also move 12″ which makes them a force to recon with. At first glance they  don’t seem to hit very hard only dealing 1 damage per attack. But While looking over the warscroll I found they can deal quite a bit of damage via mortal wounds and shooting.

The real key to this unit however is their Ride the Winds Aetheric ability. This ability allows them to instead of moving normal move 6 d6 inches in any direction as if they could fly. This ability is game winning on objectives and can be quite useful in killing pesky units like artillery. The downsides to this ability are they cannot charge after this move and if the move would end them closer than 3″ from an enemy, they are not able to move at all during the turn. Overall I think this is a fun unit and cannot wait to see them on the tabletops. 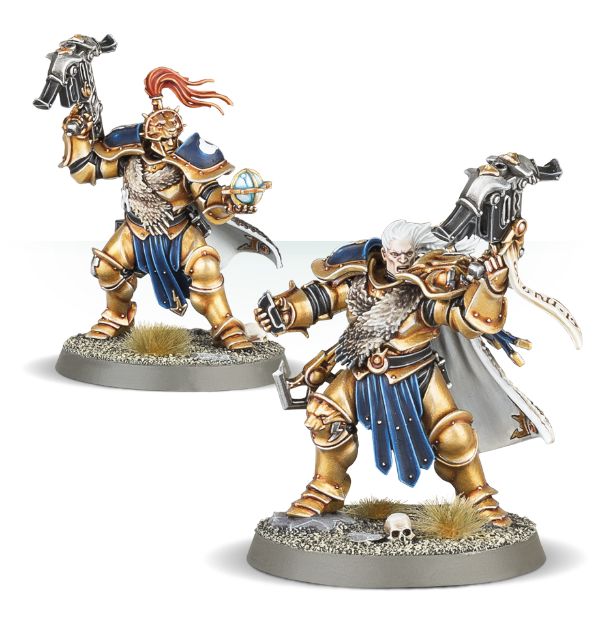 Next we have the Vanguard Hunters, “who Strike at the enemy’s flanks.”

The models again are astounding. I mean who doesn’t like heavily armored models with capes and furs. They are each armed with a Boltstorm pistol, which looks to pack quite the punch. I do like that the Storm Sabre’s look like lightning bolts as well. The box comes with 10 of these sneaky flankers and gives you a cool new unit to use as battle line, if running Stormcast Eternals

And the rules for this new unit are quite good. They are not too expensive which makes them appealing especially when compared to the Judicators. Their Astral Compass rule is really good as well. It allows you to keep them off the board during deployment and bring them on during any of your movement phases. When you bring them on they have to be completely within 6″ of a table edge and 7″ away from an enemy. This makes them great at sniping back field units like sorcerers and necromancers. They don’t hit very hard which is unfortunate but their ability to pop up so close to the enemy is worth while. I am going to get a unit of these for myself and see how they do. 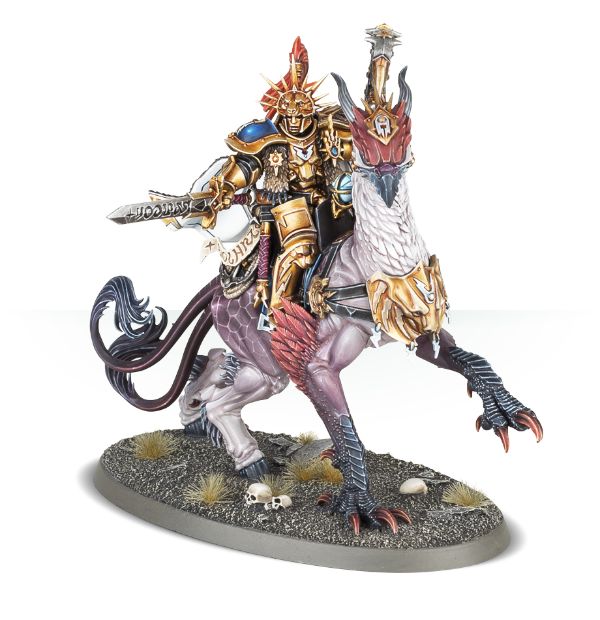 Lastly we have the Lord Aquilor, “Directs their warriors to fade and strike.”

The model is on one of those new Gryph Charger mounts which again are amazing. I really dig these mounts, they have hooves and claws which is a different combination. I also really like the option to have the Lord with a helmet or without. That is something new with the Stormcast Eternals and I dig it. I would probably still give him a helmet but at least you have the option haha. This is again a gorgeous model and would go along with the Palladors nicely.

The rules for this guy are really good. He has the same Ride the Winds Aetheric ability the Palladors do but hits quite a bit harder. He fires his gun faster than they do and has an attack that does 2 damage in combat. His Command Ability is also really good when paired with these new units. It allows you to remove him and a unit of Hunters or Palladors from the table and bring them on the next turn using the Astral Compass rule the Hunter have above. Really good for this guy since he hits hard in close combat and will be nice to get the Palladors that close without having to ride the wind. Overall I think this guy is great and would pair up nicely with both the Vanguard units.

~Well I hope you all enjoyed this review of the new Age of Sigmar models. Also let me know what you all think about these new models.

Author: Pablo Martinez
Warhammer 40k analyst, tournament reporter and Ultramarines enthusiast, I'm the man behind the 40K podcast: Signals From the Frontline. I seek to gather more knowledge about the Warhammer 40k and share it to unite both hobbyists and gamers. I began writing for BoLS in 2016.
Advertisement
Age of Sigmar AoS Order Miniatures Rules Tactics
Advertisement 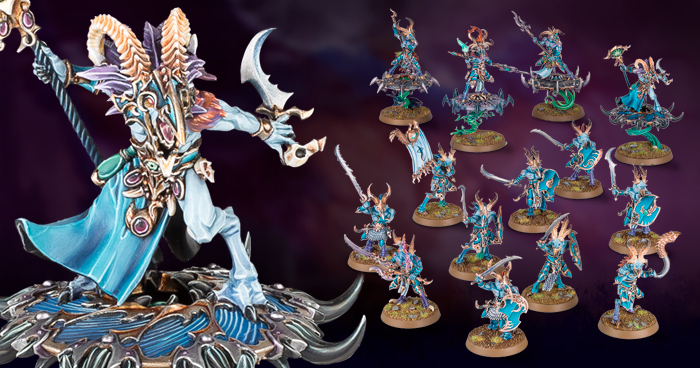