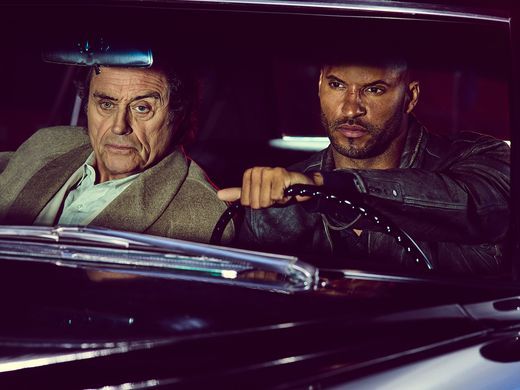 A look at Shadow, Mr. Wednesday, and some new gods created just for the show.

Neil Gaiman’s classic is coming to Starz next month, and is helmed by Hannibal’s Bryan Fuller and Logan’s Michael Green. For those unfamiliar with the novel here is the official series synopsis from Starz:

The plot posits a war brewing between old and new gods: the traditional gods of biblical and mythological roots from around the world steadily losing believers to an upstart pantheon of gods reflecting society’s modern love of money, technology, media, celebrity and drugs.  Its protagonist, Shadow Moon, is an ex-con who becomes bodyguard and traveling partner to Mr. Wednesday, a conman but in reality one of the older gods, on a cross-country mission to gather his forces in preparation to battle the new deities.

The cast is headed up by Ian McShane as Mr. Wednesday and Ricky Whittle as Shadow Moon. The cast is large and filled with a bunch of big names like Gillian Anderson, Orlando Jones, and Jeremy Davies (as Jesus, no less). USAToday shared photos of few not featured in the trailer over the weekend… 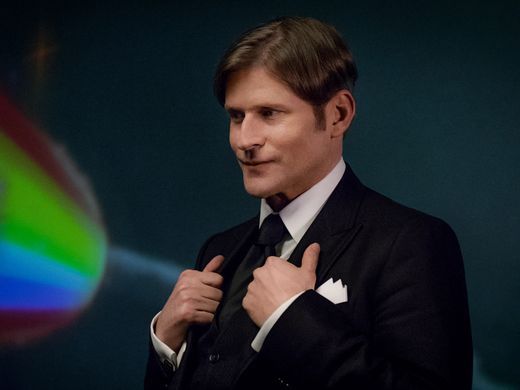 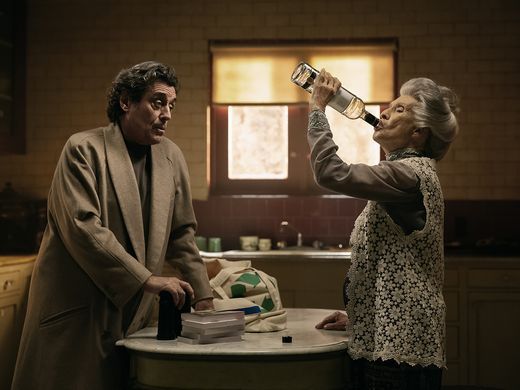 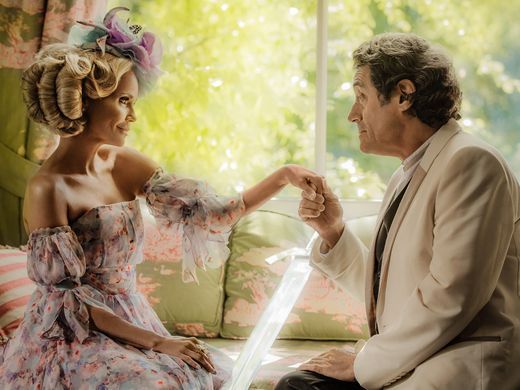 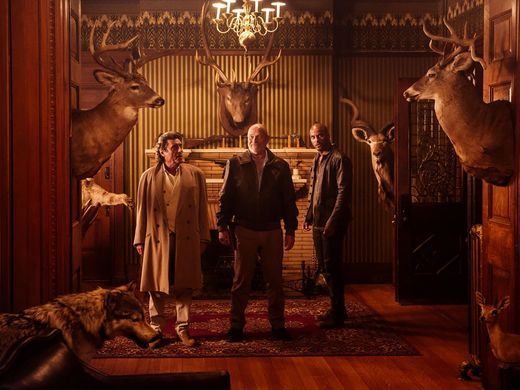 The American Gods SXSW panel from this weekend that included Bryan Fuller and most of the cast: 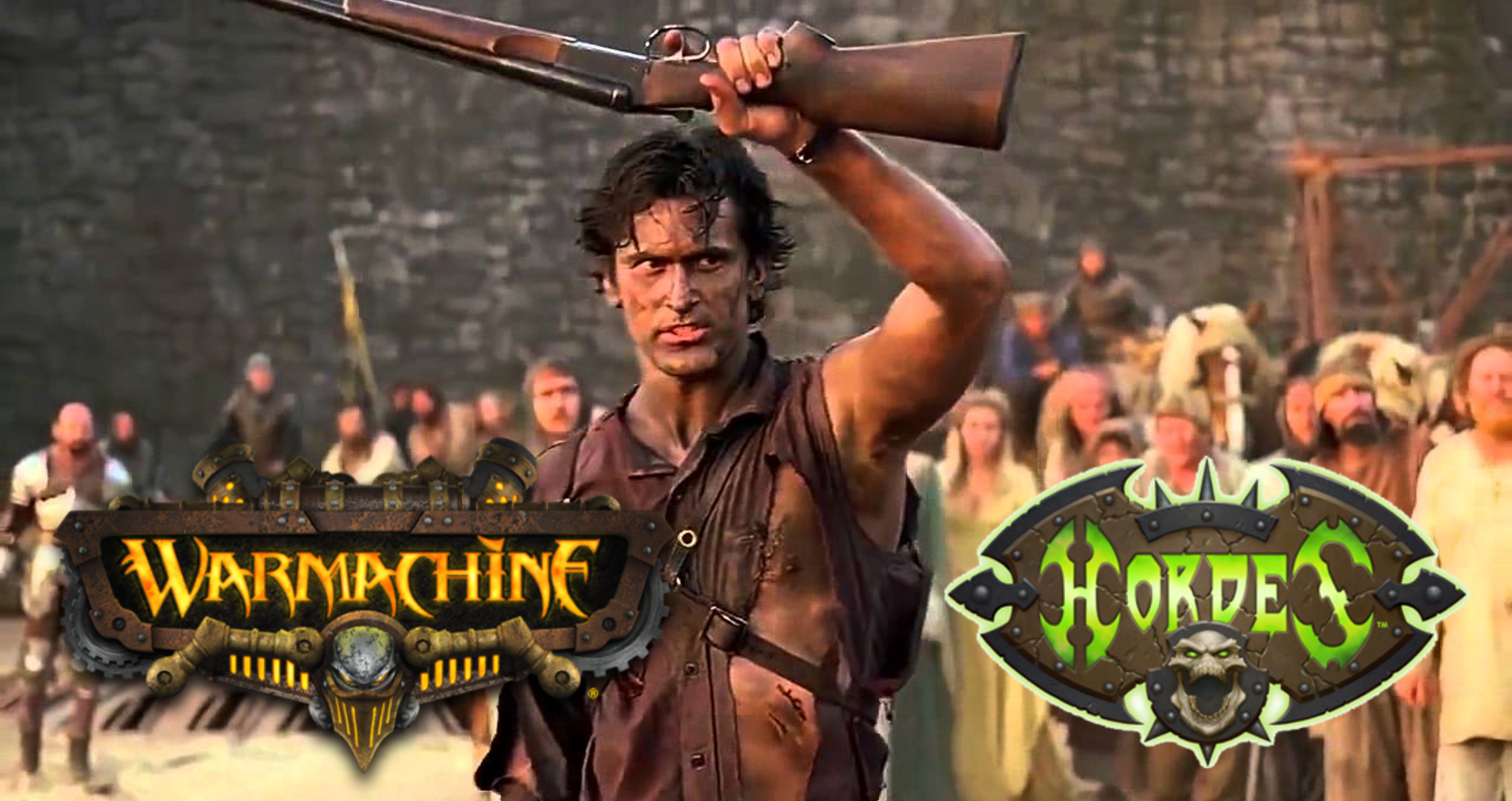