Games Workshop has the Golden Boys & Girls of the Emperor up for Pre-Order! 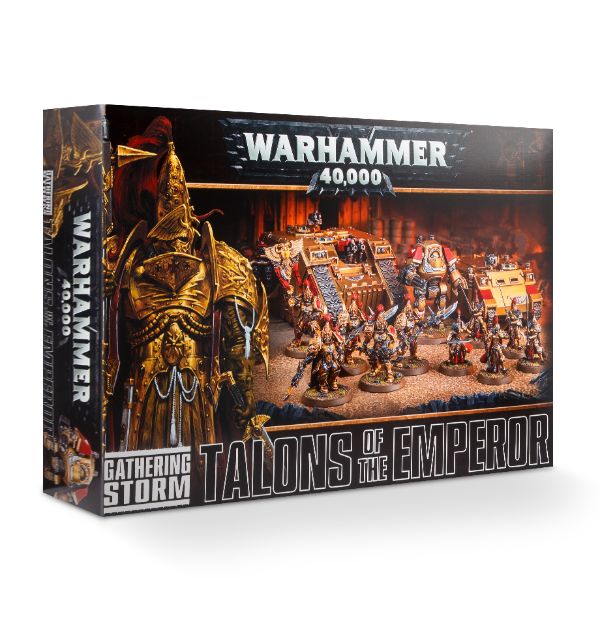 Talons of the Emperor is a box containing a collection of Adeptus Custodes and Sisters of Silence miniatures, along with 2 24-page softback Codexes featuring rules for fielding them in games of Warhammer 40,000.

Talons of the Emperor contains 2 books full of rules and background for the included miniatures: 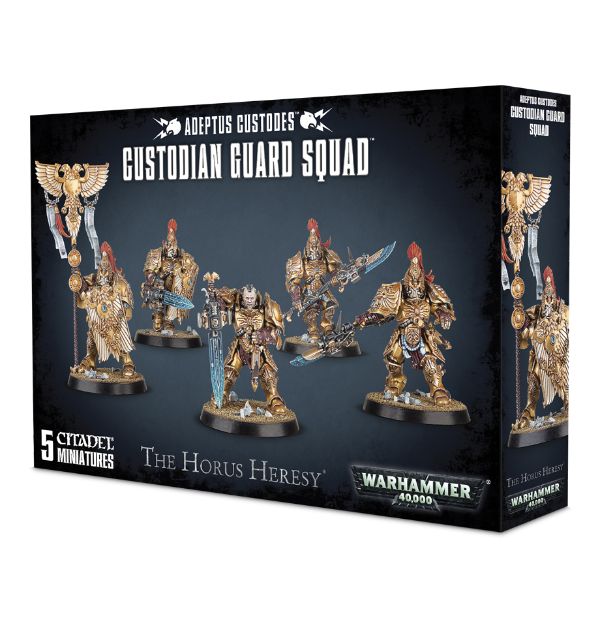 Bright and resplendent in gleaming gold, the Adeptus Custodes stride into war with the confidence their imposing stature gives them. Bullets and shrapnel ricochet from gilded breastplates – these warriors are armoured with the finest wargear, carrying the blessing of the Emperor himself. With their guardian spears they spin, parry and thrust, their immense strength cutting down the enemy as the built-in bolters deal death from afar. The Adeptus Custodes’ minds carry judgment – and their fists carry death. 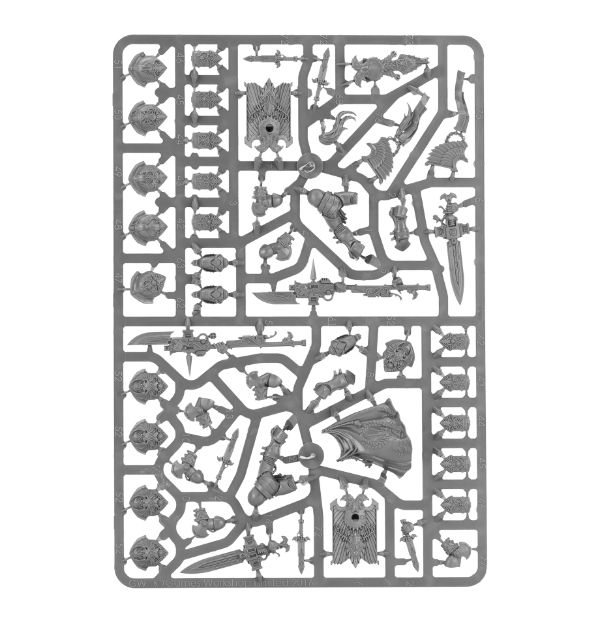 This multi-part plastic kit contains the components necessary to assemble a set of 5 Adeptus Custodes Custodian Guard. The kit can be used to build 1 of 2 different squads: one armed with guardian spears, the other armed with sentinel blades and storm shields. One model can be assembled as a shield-captain, featuring a cloak and choice of 2 heads, and one can carry a Custodes Vexilla. Supplied with 5 Citadel 40mm Round bases. 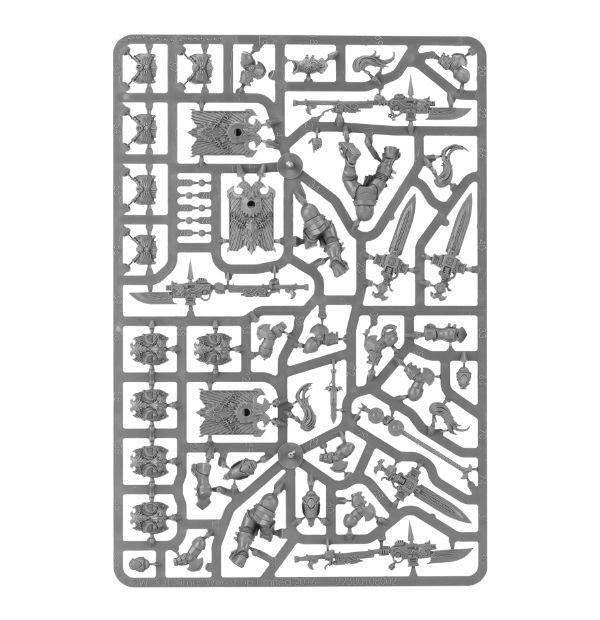 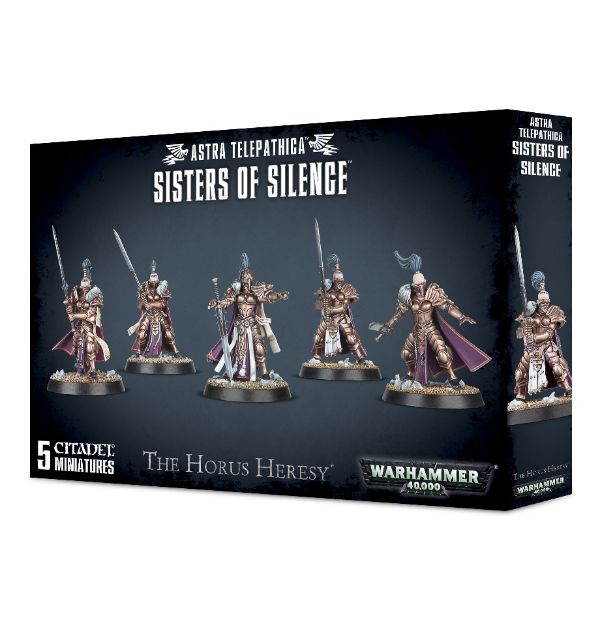 The core of the Silent Sisterhood are its Prosecutors, mercilessly effective both in attack and defence. No normal soldiers are these, each is a precious resource that cannot be squandered, a living weapon whose unnatural aura can scramble the minds and wound the souls of those who channel Chaos energy. The Prosecutors advance in tight bands, Umbra-pattern bolters booming more stridently than any possible vocal challenge. 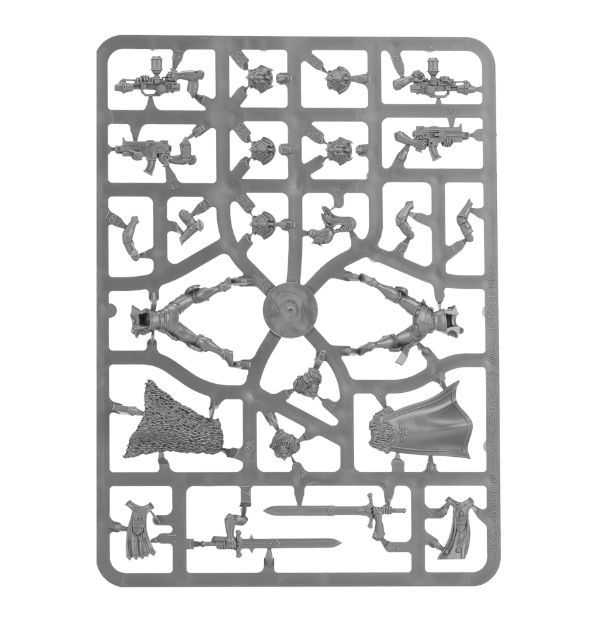 Cleansing flame is the principal weapon of the Silent Sisterhood’s Witchseeker Squads, for in the hostile galaxy of the 41st Millennium there exist entities that can shrug storms of bullets – yet wither and shrink to nothing under the onslaught of holy promethium. The Witchseekers’ prey is consumed in a flesh-melting inferno, burned to a crisp by overlapping torrents of flame conjured from the reservoirs of their thrice-blessed flamers. 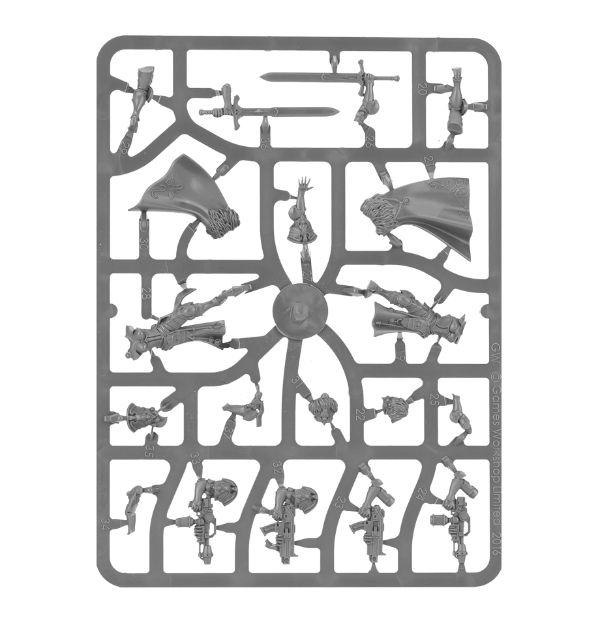 The Vigilator Squads of the Silent Sisterhood are women of supreme skill. They wield the two-handed blades of their order with consummate skill and dexterity, for they have been trained in an ancient sword-form passed down from generation to generation since the first Sisters knelt at the Emperor’s throne. The executioner greatblades the Vigilators wield are heirloom weapons kept razor-sharp by their owners, clad in the finest disruptive power fields the Tech-Priests of Mars can devise, cutting through the heaviest armour with ease. 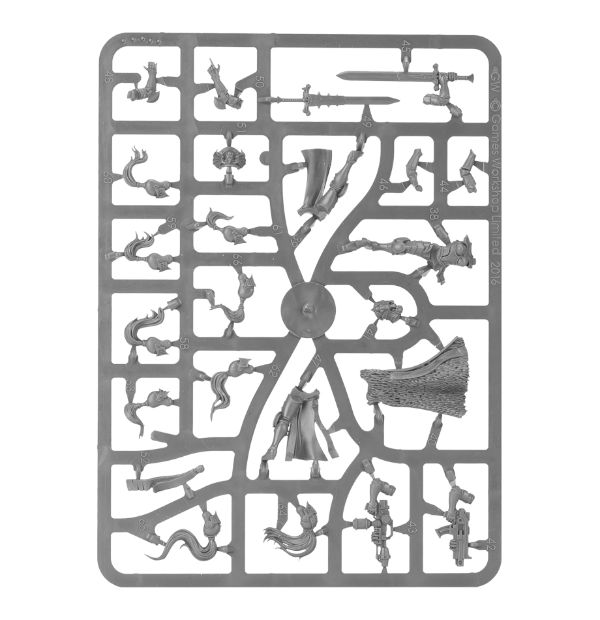 This multi-part plastic kit contains the parts necessary to assemble a 5-model Witchseeker Squad, Silent Sisterhood warriors who devastate swathes of nearby enemies with their terrifying flamer assault. One model can be assembled as a Sister Superior, with her own loincloth, shoulder pad, seal and choice of 2 heads

This kit comprises 67 components, and is supplied with 5 Citadel 32mm Round bases and a Burning of Prospero transfer sheet. 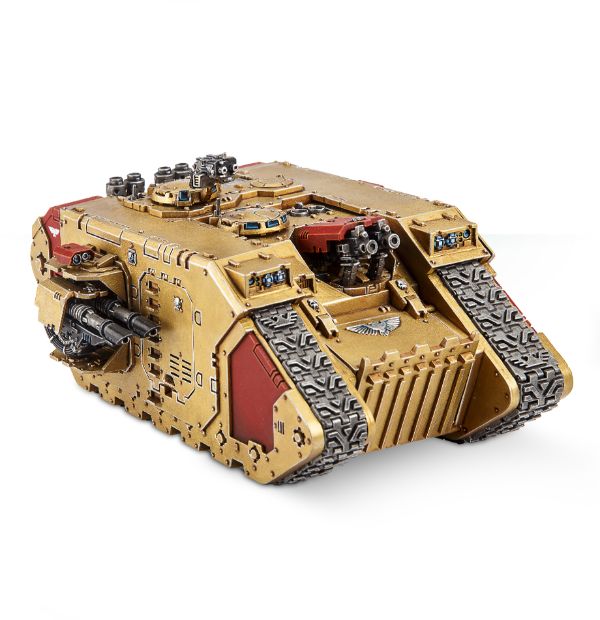 The Land Raider is considered the finest land-borne transport in the Adeptus Terra, and those of the Custodian Guard are the most venerated of all. The tank’s adamantium hide, massively thick and layered with ceramite reinforcement, has such incredible resilience that it can drive through a barrage of artillery fire without slowing. When the metal-toothed jaws at the front yawn wide, the Custodian Guard within charge out to smash the enemy lines into disarray.

The Venerable Land Raider is armed with twin-linked lascannon sponsons, which can be modelled to the front or rear of the vehicle, and features a twin-linked heavy bolter. All of these weapons can be either glued into place or slotted in enabling them to be rotated towards their intended targets during your games.

The front of the Land Raider features an assault ramp which can be glued shut or modelled to open and close. If left unglued it reveals the internal detail of the Land Raider featuring deck plating and a communications panel featuring all manner of dials, buttons and video screens. Also included are options to include smoke launchers, a pintle-mounted storm bolter, missile launcher, radar dish and a variety of top hatches that can be modelled as either open or closed, as well as the option to include a Space Marine Techmarine in one of the hatches.

This kit comprises 101 components, and is supplied with an Ultramarines vehicle transfer sheet. 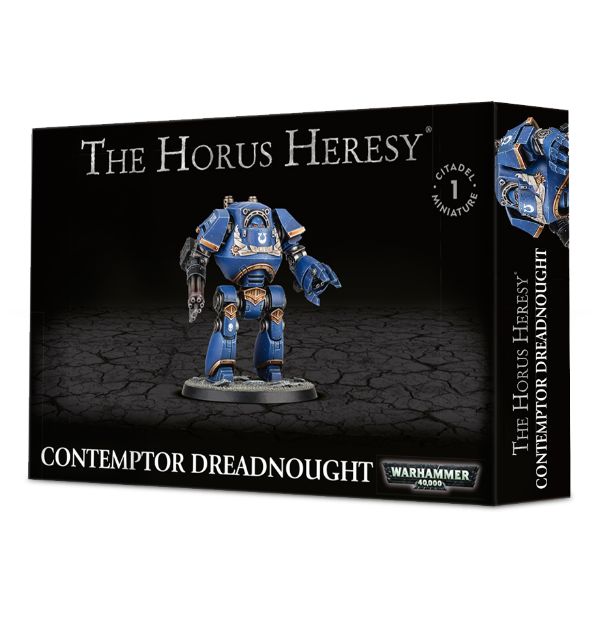 The Contemptor Dreadnoughts of the Custodian Guard are revered relics of the Imperium’s golden age. Each houses a fallen hero of the Adeptus Custodes, a warrior broken in body but not in mind who has opted to fight to his last breath. Articulated in the manner of a human warrior, the Contemptor fights with a deceptive dexterity for its size – onward it pushes, its heavy weapon system laying down a swathe of deadly fire. At close quarters, sweeps of its power fist crush infantry to paste and tear their war engines apart to leave naught but wreckage behind. 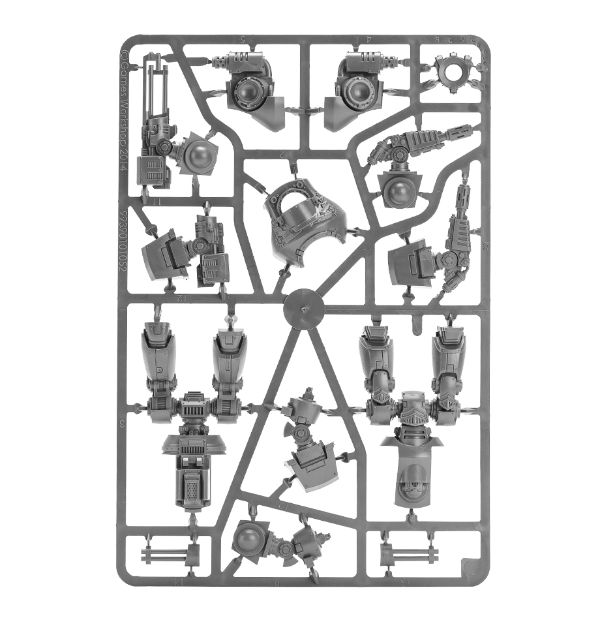 This multi-part plastic kit contains all the components necessary to assemble a Venerable Contemptor Dreadnought, armed with a choice of multi-melta or assault cannon.

This kit comprises 14 components, and is supplied with a Citadel 60mm Round base and a Horus Heresy transfer sheet. 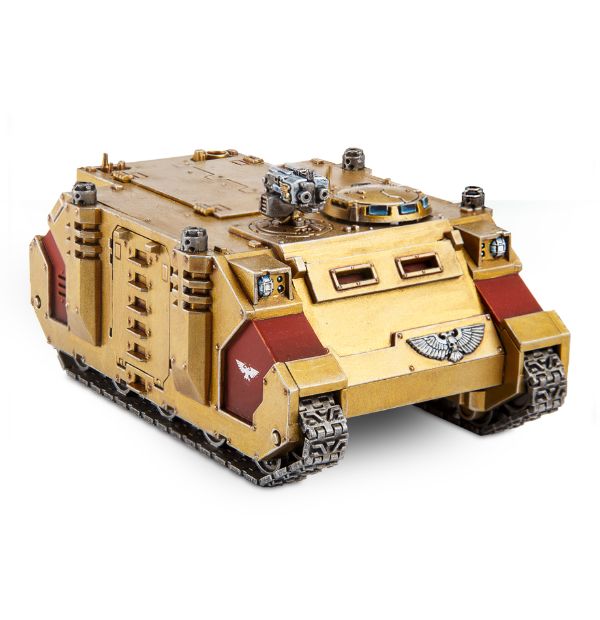 Crunching the corpses of the Emperor’s foes under its tracks as it grinds to the front line, the Rhino is far more than a simple personnel carrier. Those vehicles driven to war by the Silent Sisterhood have served faithfully in Terra’s defence for hundreds, if not thousands of years. The machine spirits of these tanks are as dauntless as any in the Imperium’s service, rarely resting in their pursuit of the Sisterhood’s psychic prey.

This boxed set contains 1 multi-part plastic Null-Maiden Rhino. Also included are options to include smoke launchers, a pintle-mounted storm bolter, missile launcher, radar dish and a variety of top hatches that can be modelled as either open or closed, as well as the option to include a Space Marine Techmarine in one of the hatches. The rear door of the vehicle can either be glued shut or left open to show off the interior detail of the kit such as the deck plating and communications display that includes a stowed boltgun.

This kit comprises 67 components, and is supplied with an Ultramarines vehicle transfer sheet.

This kit can also be used as a Space Marines Rhino. 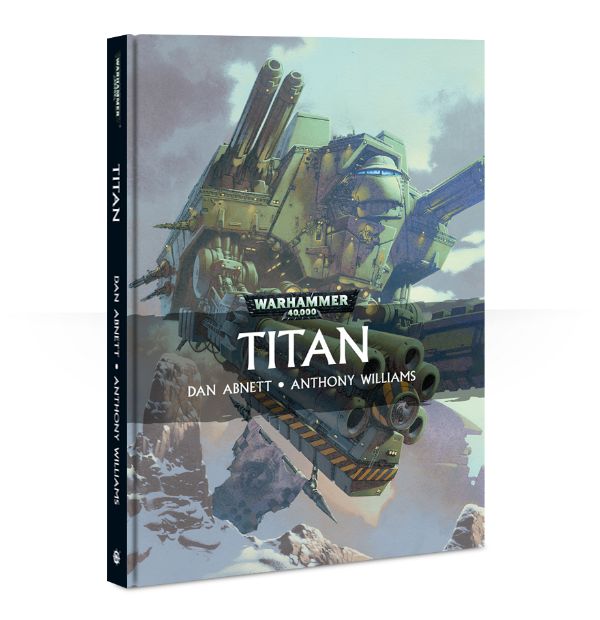 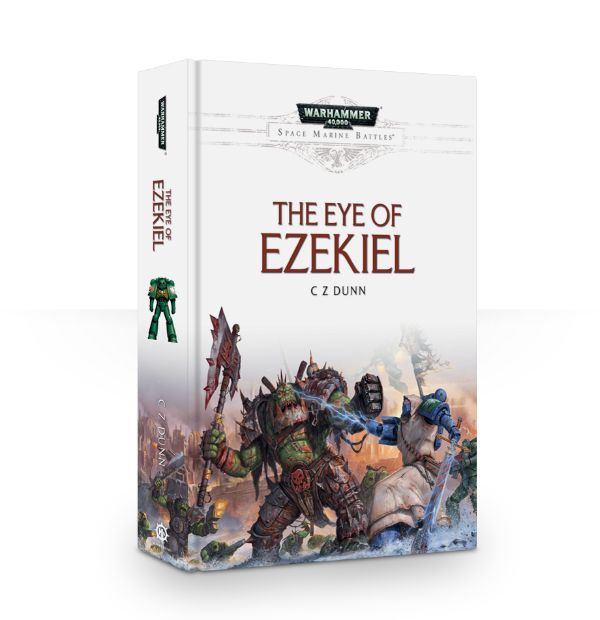 THE STORY
When the Adeptus Mechanicus invokes an ancient pact with the Dark Angels, Ezekiel, Grand Master of the Librarians, must lead the 5th Company to liberate the planet of Honoria from a vast ork army. Even reinforced by the regiments of the Astra Militarum, the Dark Angels face a tremendous challenge, and the Adeptus Mechanicus appear to have their own reasons for becoming involved in this conflict…

READ IT BECAUSE
It’s a tale of one of the more mysterious of the Dark Angels heroes (and that’s saying something for that Chapter), bringing the former First Legion into conflict with enemy and ally alike. 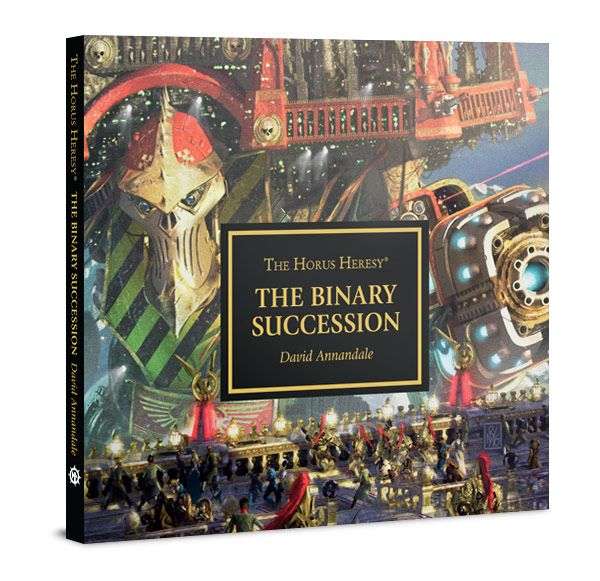 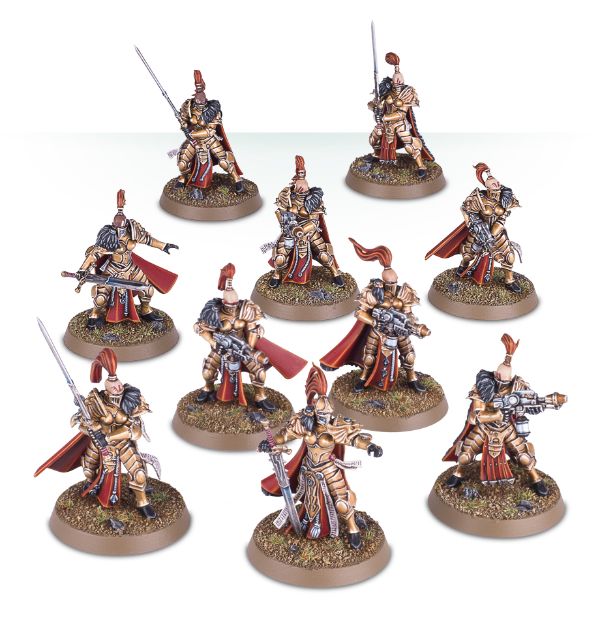 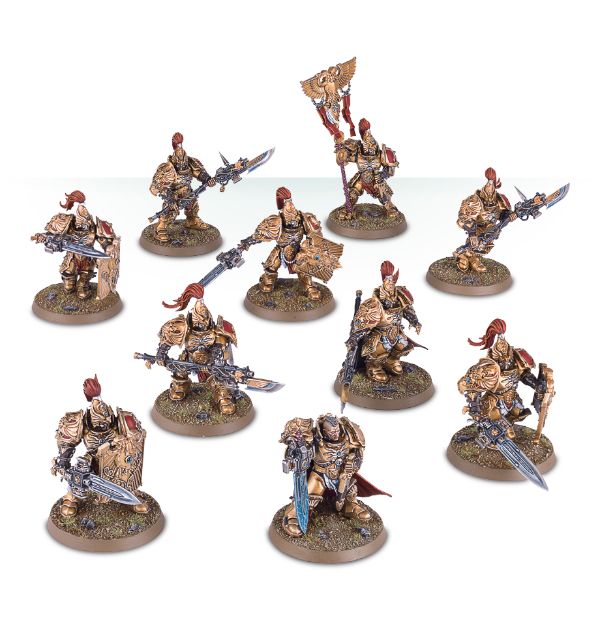 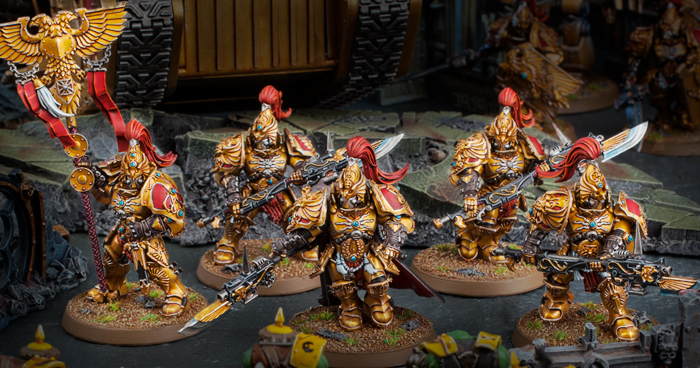