BoLS will be bringing you Rise of the Primarch coverage all week. Let’s start our exploration with the faction no one expected.

This is a BIG day – with the third volume of Gathering Storm unveiled, GW is reshaping the grimdark in ways no one has seen in the past 30 years.  This book does more than advance the storyline, but adds new rules, characters and factions to the game, and sets us up for bigger changes as 2017 progresses. More on that in the days ahead.

As you would expect Space Marines are the center of attention in the book and the Ultramarines plus their successor Chapters in particular.

Note remember, the Ultramarines are only one of THREE factions with Detachments in the book.  The Grey Knights and Cypher’s merry band of brothers get some attention and detachments as well.

But enough of the teases – we’ll have much more on that this week.  Today let’s take a look at the faction I did not expect to see in the book and what it will mean for the grimdark: 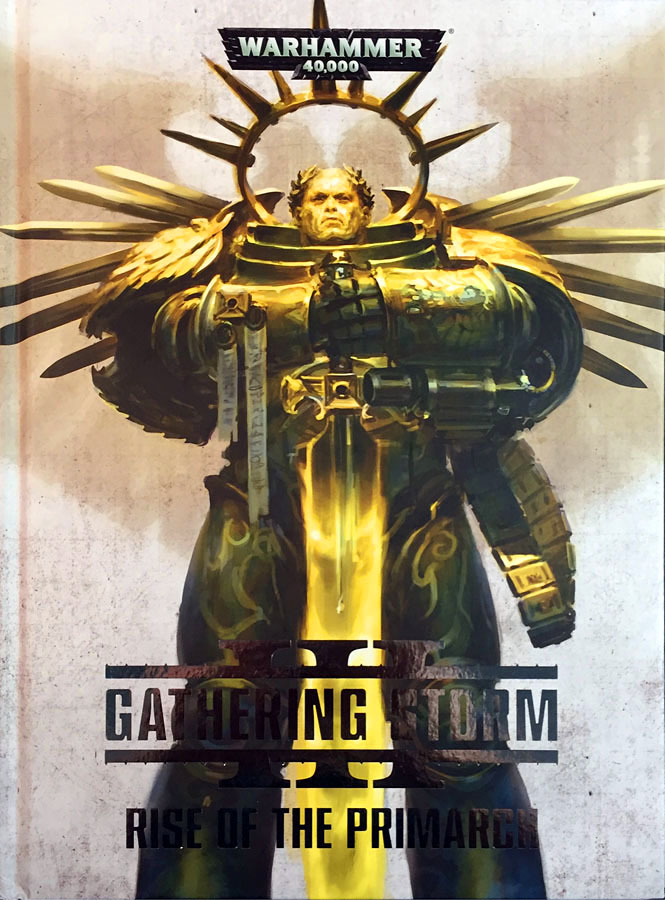 Look at that SEXY cover!  It’s like he just picked up the Iron Throne from Westeros and hauls it around as a backpack.

Here’s the table of contents to give you a head start on what to expect.  Take a good look at those new units and formation names to get a feel for the book. 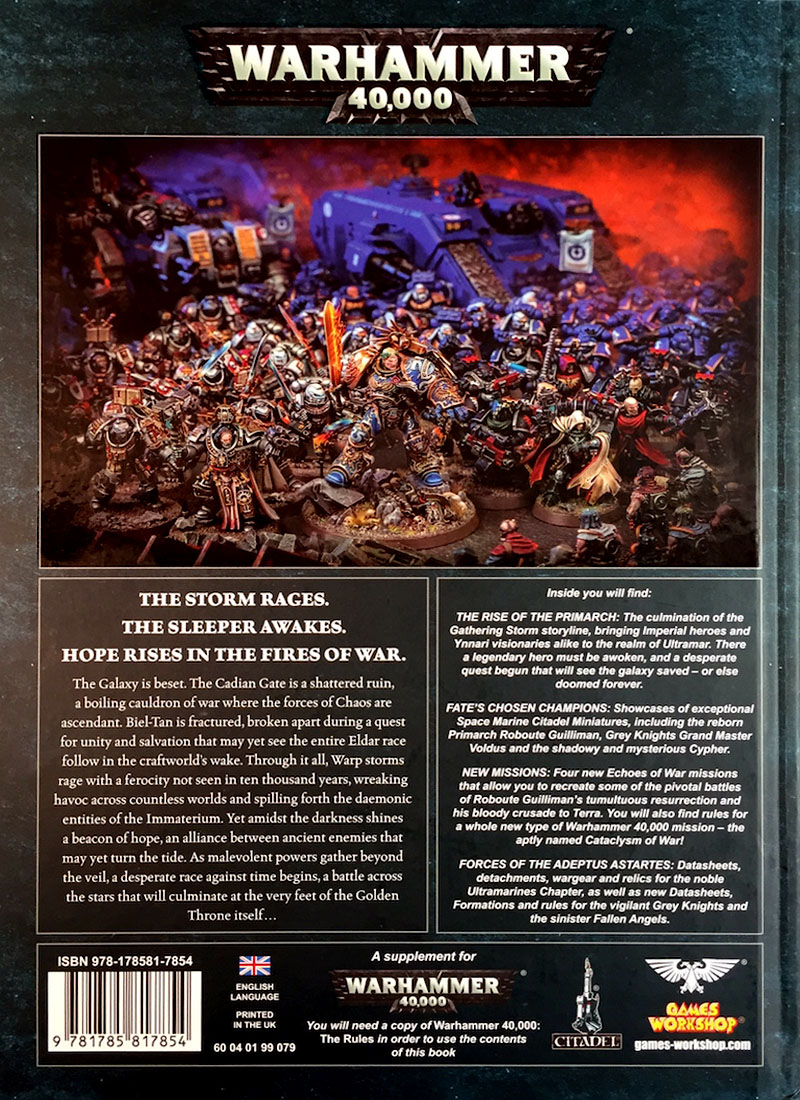 Now the back cover which you almost never get good look at. See anything interesting in there? 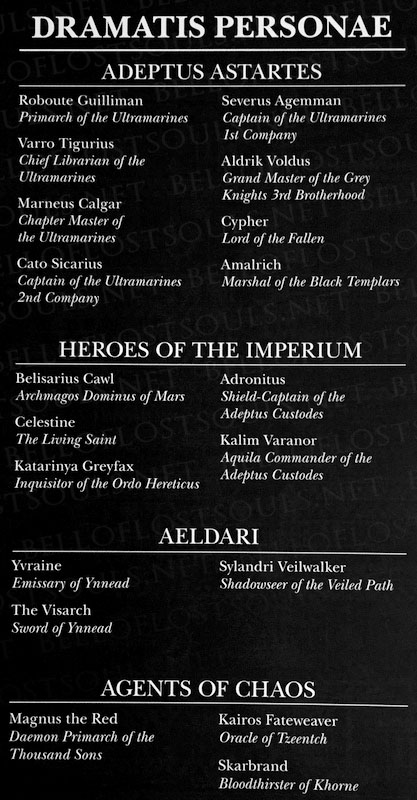 OK, here’s where we start to get into some detail.  Take a look at who’s in the book and who’s not.  There are a lot of very minor cameos in the book including two (and only two) of Magnus’ traitor brothers. The Yncarnne is nowhere to be found in Book 3, but that tricksy Sylandri Veilwalker is all over the place.  If you’re looking for Abaddon, he’s sitting this one out. 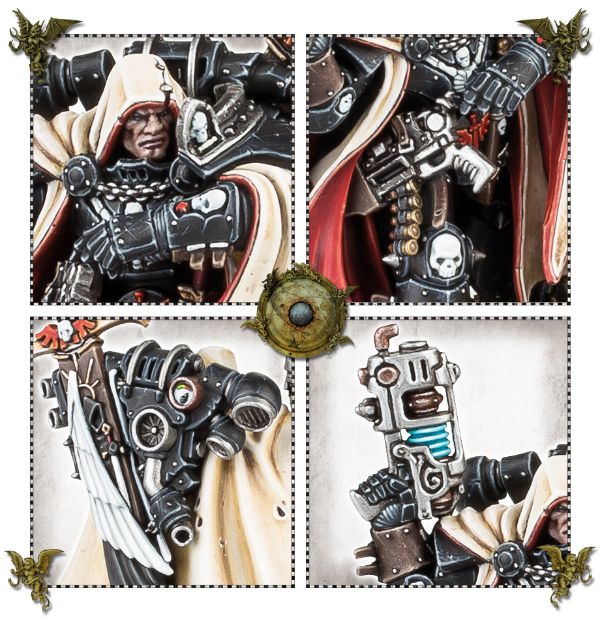 Finally a taste of what most surprised me. Cypher’s Fallen Angels are in the book and get faction rules, units, and a detachment. I was at most expecting just a reprint of Cypher’s rules with his updated minis, but instead we get a new 40K faction with an allies table.  I think you’ll agree that it’s a very interesting one and I can’t wait to see what armies people are going to put together with it:

A faction that is Battle Brothers with Armies of the Imperium AND Chaos Marines, but pretty much hates Daemons has a LOT of possibilities. Plus it will only make the Dark Angels even more pissed off.

P.S. The entire fluff book is amazing and like the last page says… “A dark new age called from amidst the fires of endless war, and the Imperium would answer.”

Author: Larry Vela
Dad, Gamer, Publisher, Pilot, Texan. All games all the time since junior-high. I started BoLS Interactive in 2006. I’m a lifelong tabletop & RPG gaming enthusiast, and internet publisher working to entertain and inform my readers every day. I've been playing RPGs and Tabletop Games since the 1970s. I'm been playing and covering Warhammer and Warhammer 40K for over 35 years.
Advertisement
Rules Space Marines Tabletop News Warhammer 40k
Advertisement