It’s better to be lucky than good – the motto of all Scyk Pilots! Come take a look at the new Aces for the M3-A Interceptor…

Fantasy Flight Games has a preview of some of the new cards coming with the C-ROC Crusiser Expansion and this time they focus on the Scyk M3-A Interceptor Aces and upgrades: 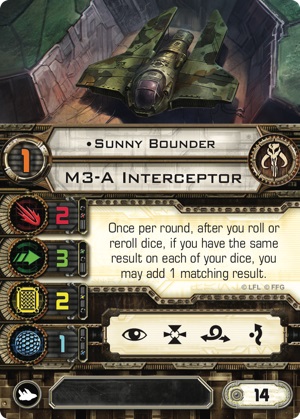 Sunny “Double or Nothing” Bounder is a gambler! She’s all about Lady Luck and if she’s on your side then there is no way you can lose. If you play your dice right, you might just live to talk about it using her ability. 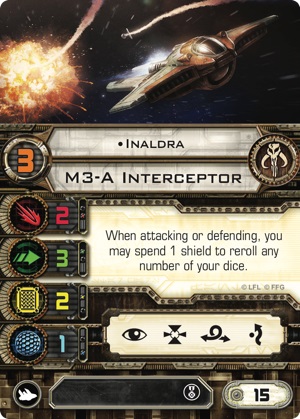 Inaldra is another gambler. The Commander of Tansarii Point, it’s odd that her pilot skill is actually lower than the Tansarii Point Veteran…but regardless, her ability could just save her bacon – or allow you get score a killing blow! At the cost of a shield getting to reroll any number of dice when you’re attacking or defending isn’t a bad trade off. Combine that with the Pulse Ray Shield (below) and she just might live a few rounds… 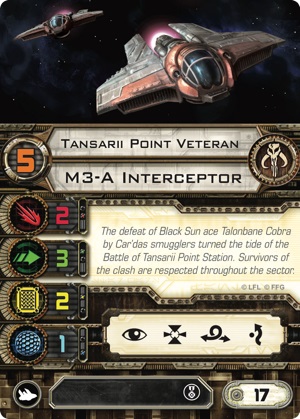 This Vet is pretty straight forward. PS 5 with a Elite Pilot slot. Not much else to say… 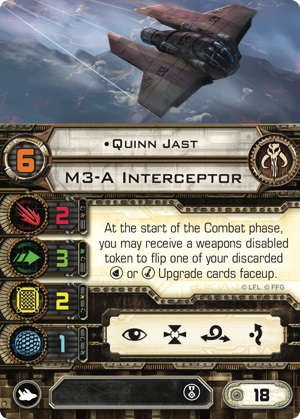 Quinn Jast is a is going to be a high value target if she’s on the table. Why? Because her ability basically lets her reload during the battle. If she can get a flank shot and avoid getting hit herself, her damage potential could be pretty scary… 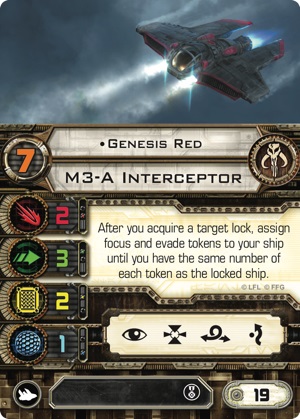 Genesis Red has a pretty interesting ability himself! It could pay off big time if you can target lock one of those Aces that stacks focus, evades or both! This is a pilot that wants to step-up to the competition – the tougher it is, the better he gets. 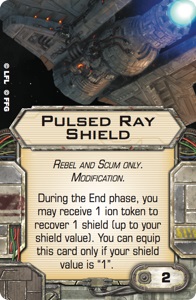 The Pulsed Ray Shield gives Rebels and Scum a new way to regen shields. You’ll take an ion token to do so, but if it gets you back a shield it could be worth the trade-off. Considering it’s only available to ships with a “1” shield value, they should have the speed to duck out of combat, take the ion and then recover – but that’s means they are basically out of the fight for a minimum 2 rounds – is it worth it to you? 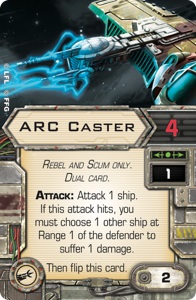 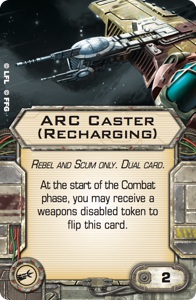 The Arc Caster is going to be dangerous for Swarms. Unfortunately, it’s also deadly to the user…it’s a 4 dice attack but it’s range 1 – and if you’re the only other ship at range 1 you’re going to take the hit right back. But, if used in the right circumstance it’s a potential of 5 total damage to the enemy squad.

Overall, these cards may boost the M3-A for a bit – however, it’s not exactly a popular ship in the meta right now. Will these cards help it break-in to the rotation? Maybe…but time will tell!

For more info on the new M3-A Interceptor check out the full article from FFG right HERE. 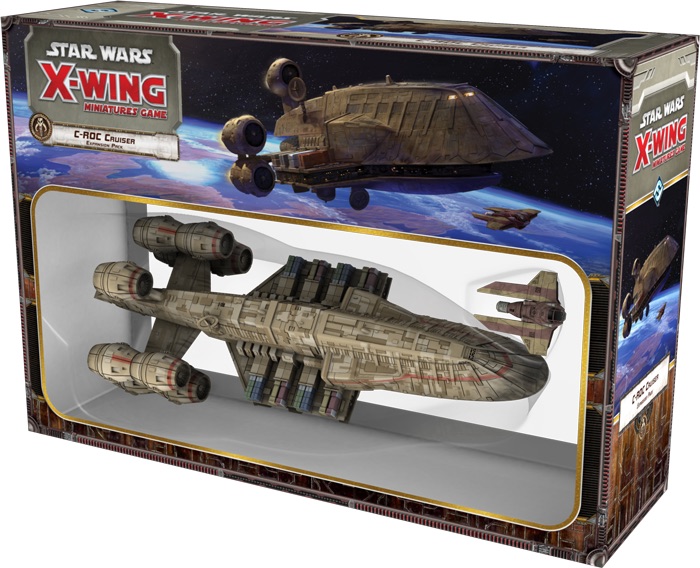 Safeguard your fortunes with the C-ROC Cruiser Expansion Pack for X-Wing™! Designed for use in the game’s Cinematic Play and Epic Play formats, the C-ROC Cruiser Expansion Pack contains one C-ROC Cruiser miniature, one M3-A Interceptor miniature with an alternate paint scheme, seven ship cards, thirty upgrade cards, and all the maneuver dials, damage decks, tokens, and game pieces that you need to fly your C-ROC Cruiser and its escort to battle. Additionally, the expansion includes a new campaign for Cinematic Play in which your C-ROC draws the ire of either the Galactic Empire or Rebel Alliance.

What do you think of the latest M3-A “Scyk” Interceptor cards? Any combos that you spot that you want to share with the class? 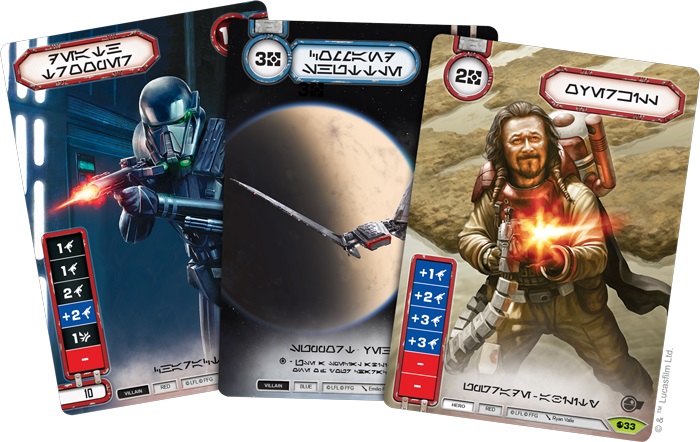