More and more modern tabletop games are getting smaller – should 8th Edition follow the trend?

For a very very long time, 40K has been played on a 4×6 table.  Companies make plenty of 4×6 mats these days custom made for the game. All the major events and tourneys support the size.

But Why? It’s Not Even a Real Rule.

Did you know it’s not even an official rule?  Here’s what the 7th Edition rulebook says about the 40K board size: 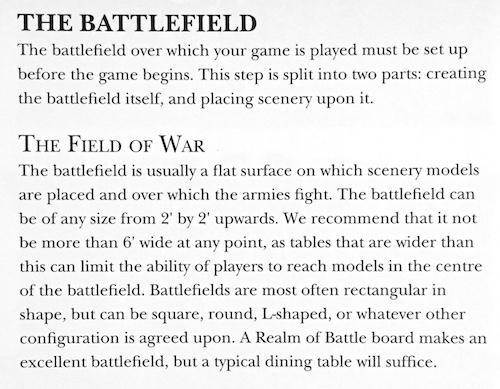 Lots of folks just assume its 4’x6′ because that is what they always play. But it’s actually anything over 2’x2′ with no side being longer than 6′. Now let’s take a look at the “official” board sizes of the industry’s biggest games:

Seeing some trends there?

The smaller skirmishy games (X-Wing, Malifaux) are going with smaller 3×3 boards while the large scale & historical (WW2, classic rank & file fantasy) are sticking with the old 6×4 tables. The sweet spot for the industry seems to be 4×4. FFG’s bigger scale games like Runewars and Armada are going with 3×6, which is just two of their 3×6 mats placed side by side.

I think Age of Sigmar is the biggest hint we see from GW about their big picture forward looking design philosophy. We should all assume 40K will get it’s own formalized competitive play book a la General’s Handbook.  That book will have formalized points and table sizes I’m sure.

But the big question is what size and speed of game does GW want 40K to be?

I could easily see the game dropping to a 4×4 size with a size of 1000 – 1500 points to encourage faster gameplay, and the opportunity for more rounds of play per gaming session.  I know the big conventions always appreciate being able to pack more people into smaller tables, giving them more games per square foot – and helping with space rental costs.

~ Where do you think GW should take 40K’s table size and points for formal competitive play?

Shadow War Armageddon: Is it Looking at the Future? - FTN 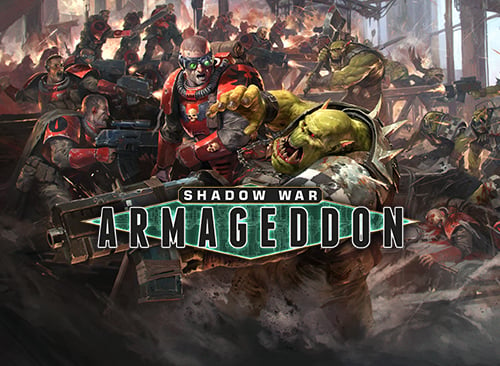