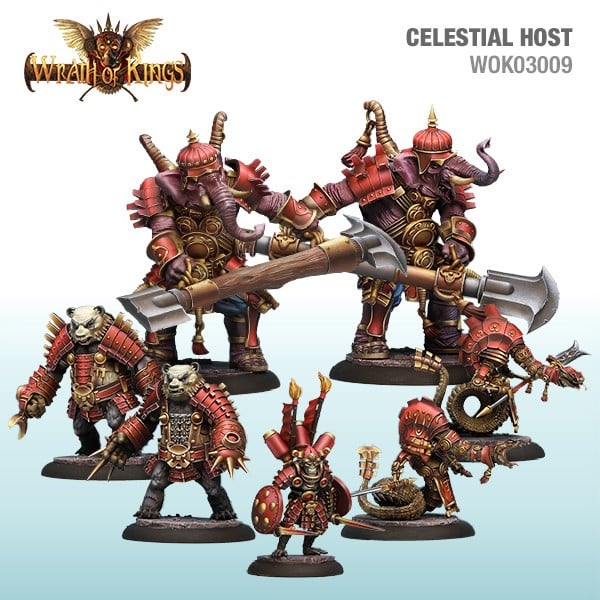 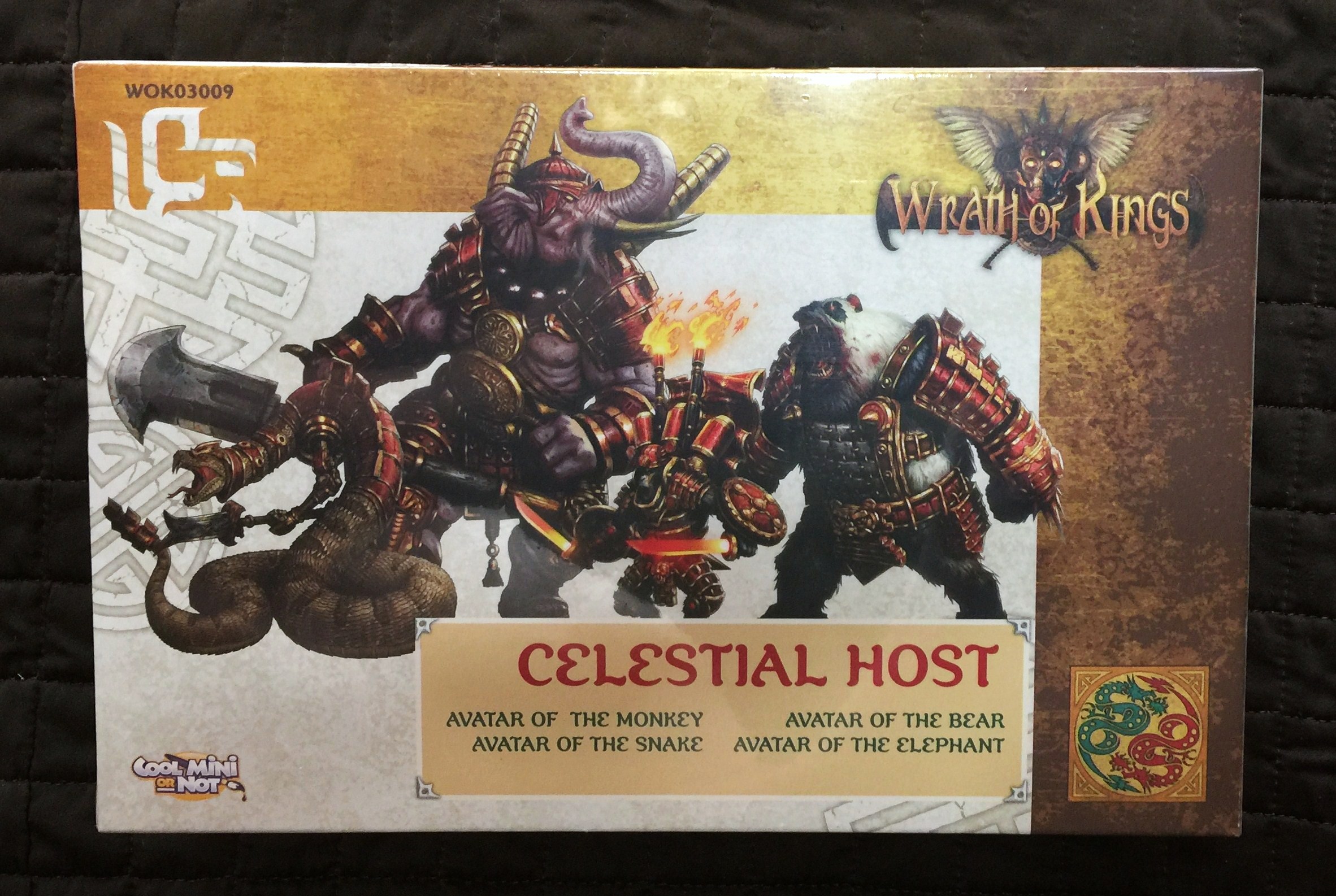 Today I’ll be unboxing the newest unit for Shael Han: the Celestial Host.

The Celestial Host are one of the strangest entries from Wrath of Kings: Rising Conflicts. These mysterious entities will sometimes appear alongside the armies of Shael Han before battles that look particularly dire. While these animal mans are not as visually jarring as say, the Neritic Horror, their rules definitely make them stand out. Each animal type has its own rules and profile, but they can all activate together as a unit. If you find yourself really drawn to one type, it is perfectly legal to buy additional boxes until you have eight snakes or elephants or whatever your favorite is. This would likely be a tactical mistake though, as each model type has special abilities it brings to the table. 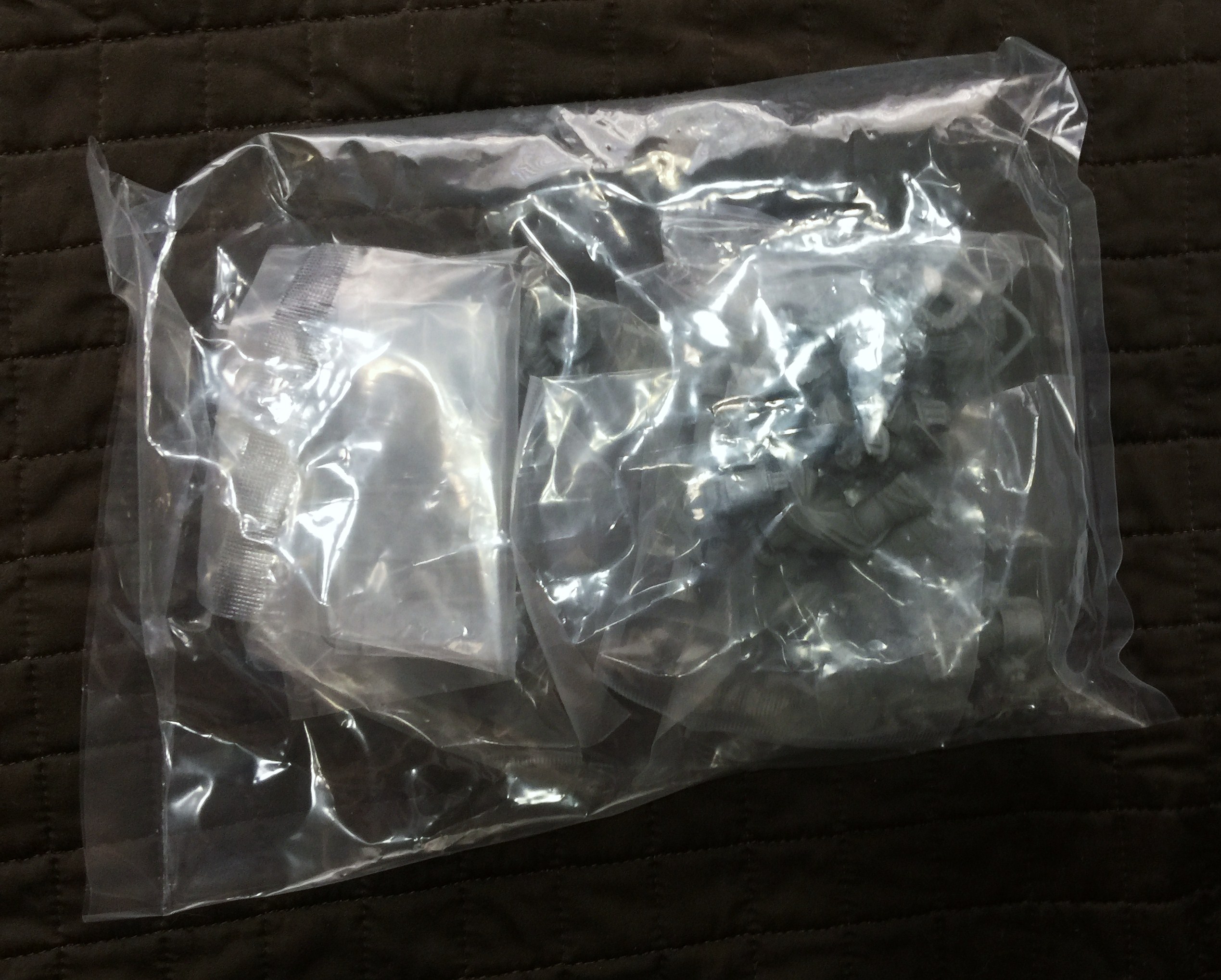 Inside the box you will find the individual models sealed of in their own little bags. 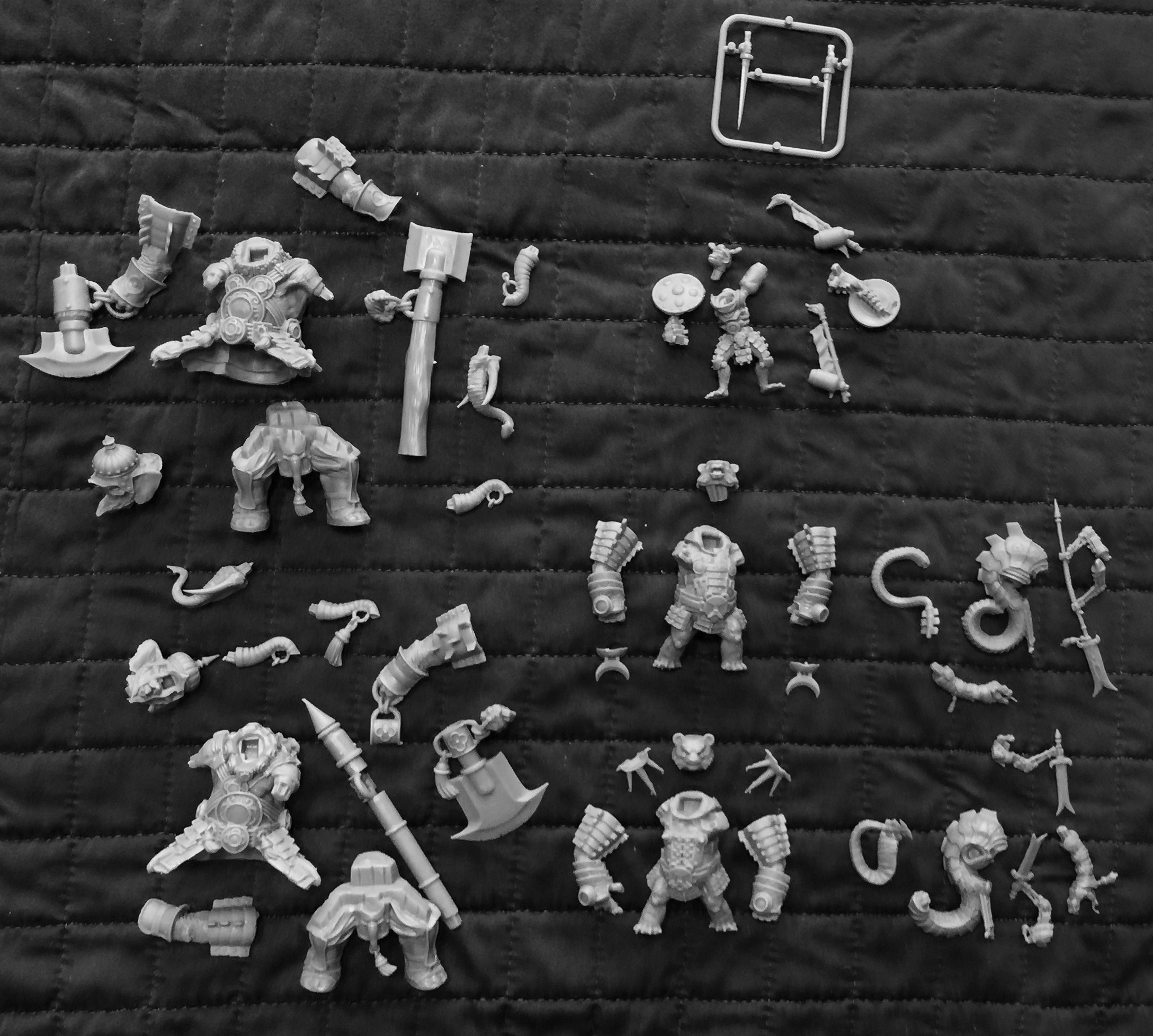 Here are all the different pieces. 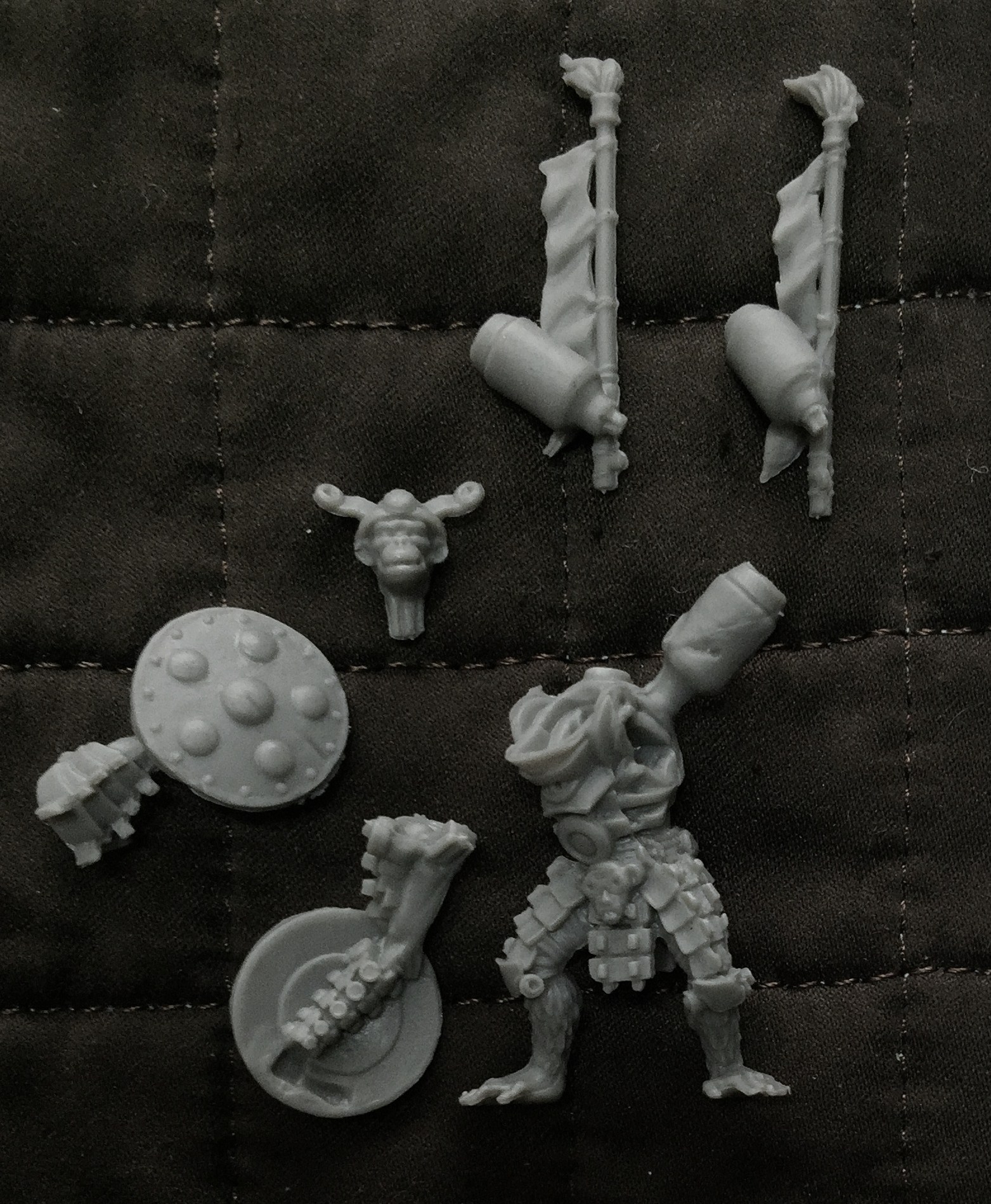 We’ll start with the leader: The Avatar of the Monkey. Overall I think these are some great models. here are some hard to get mold lines as you sometimes see with this kind of plastic, but overall the detail is quite good. The weird dent in this monkey’s steam pipe is definitely the biggest flaw of the bunch. Some green stuff should seal it pretty easily. 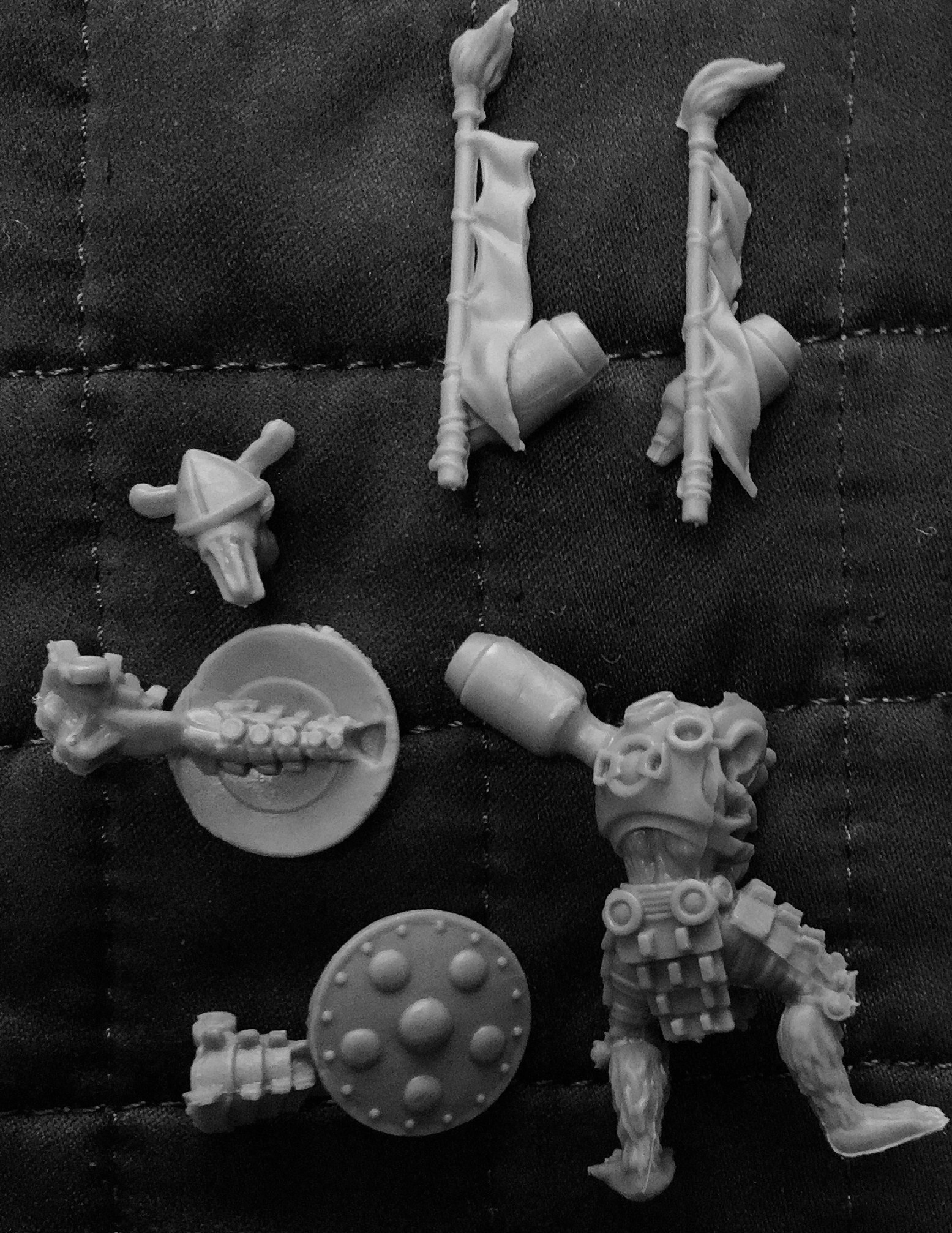 Here’s a look at the other side. 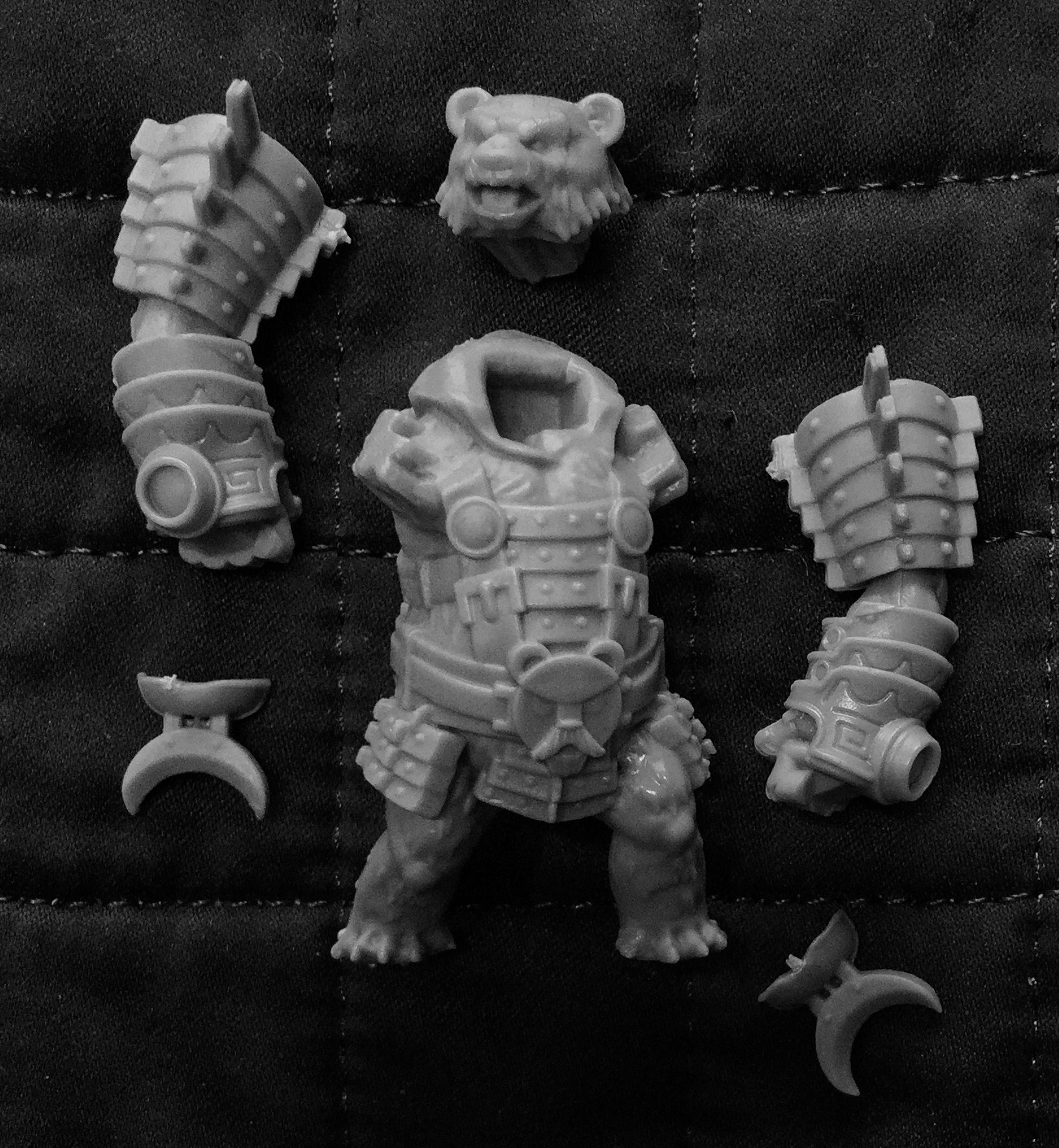 With our first Avatar of the Bear, you can start to get a better look at the overlapping plates of the armor. The bear glyph belt buckle is also a nice touch. 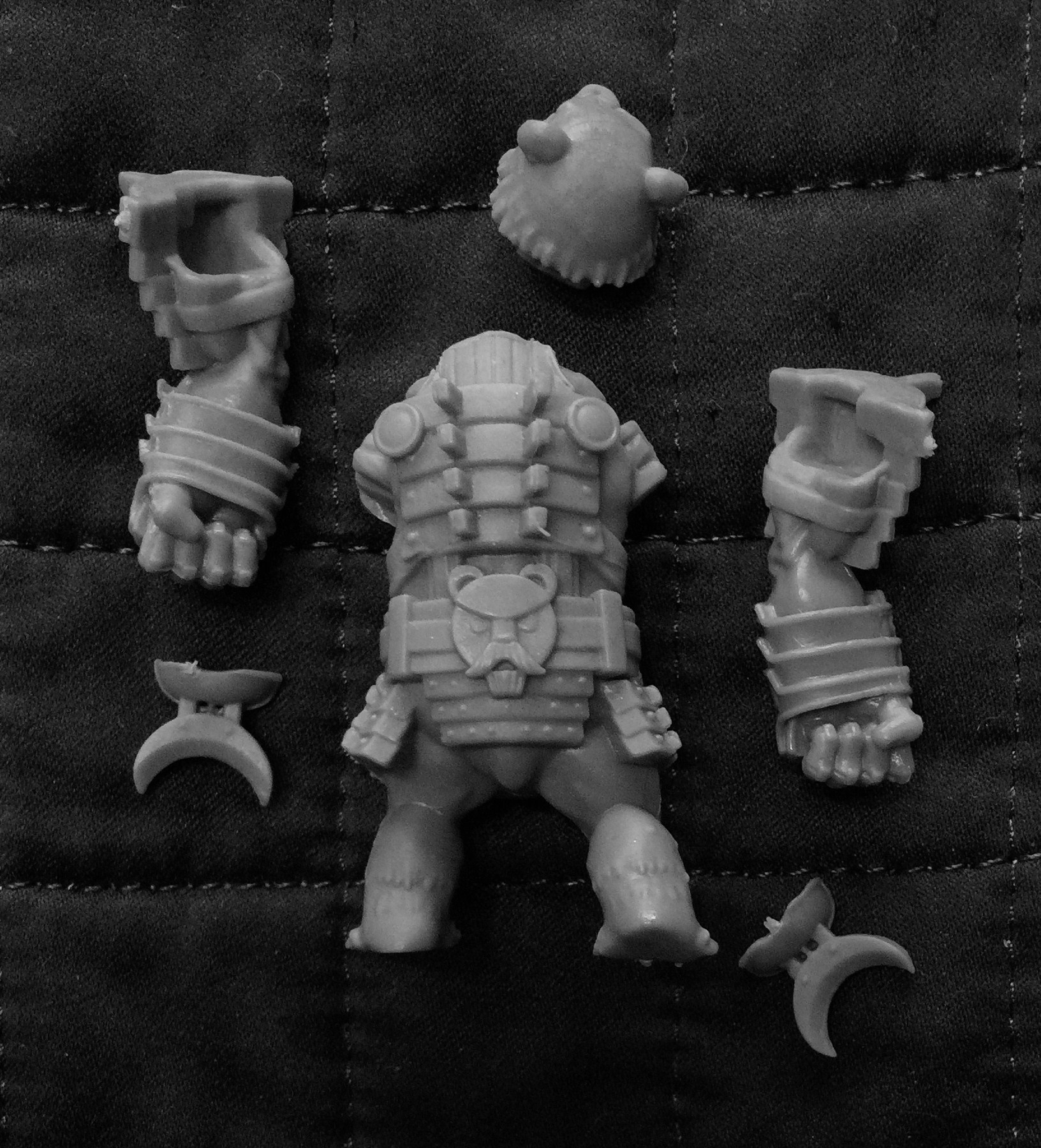 Here is a look at the other side. 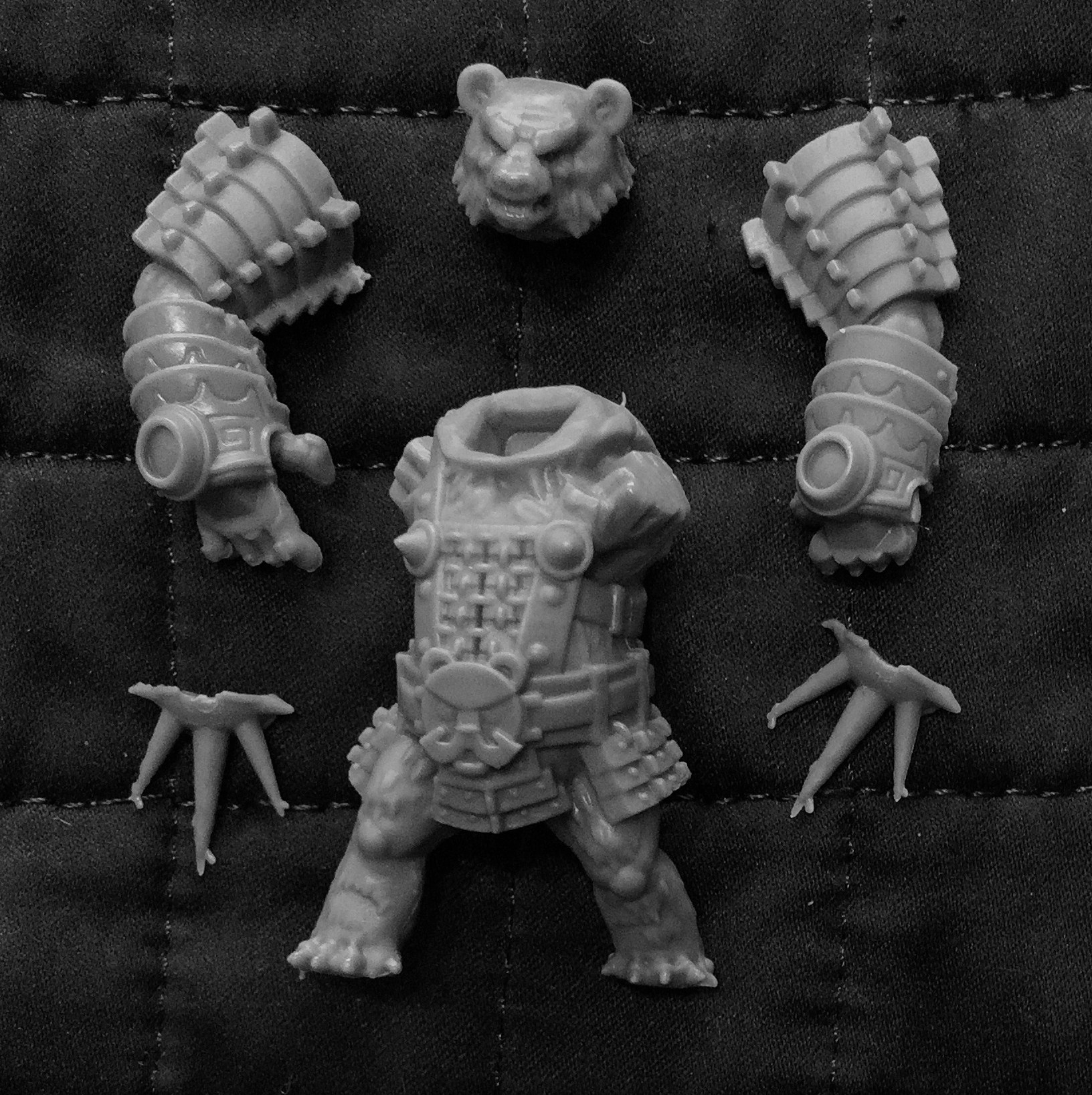 The second bear has a lot of different details and a somewhat different pose. 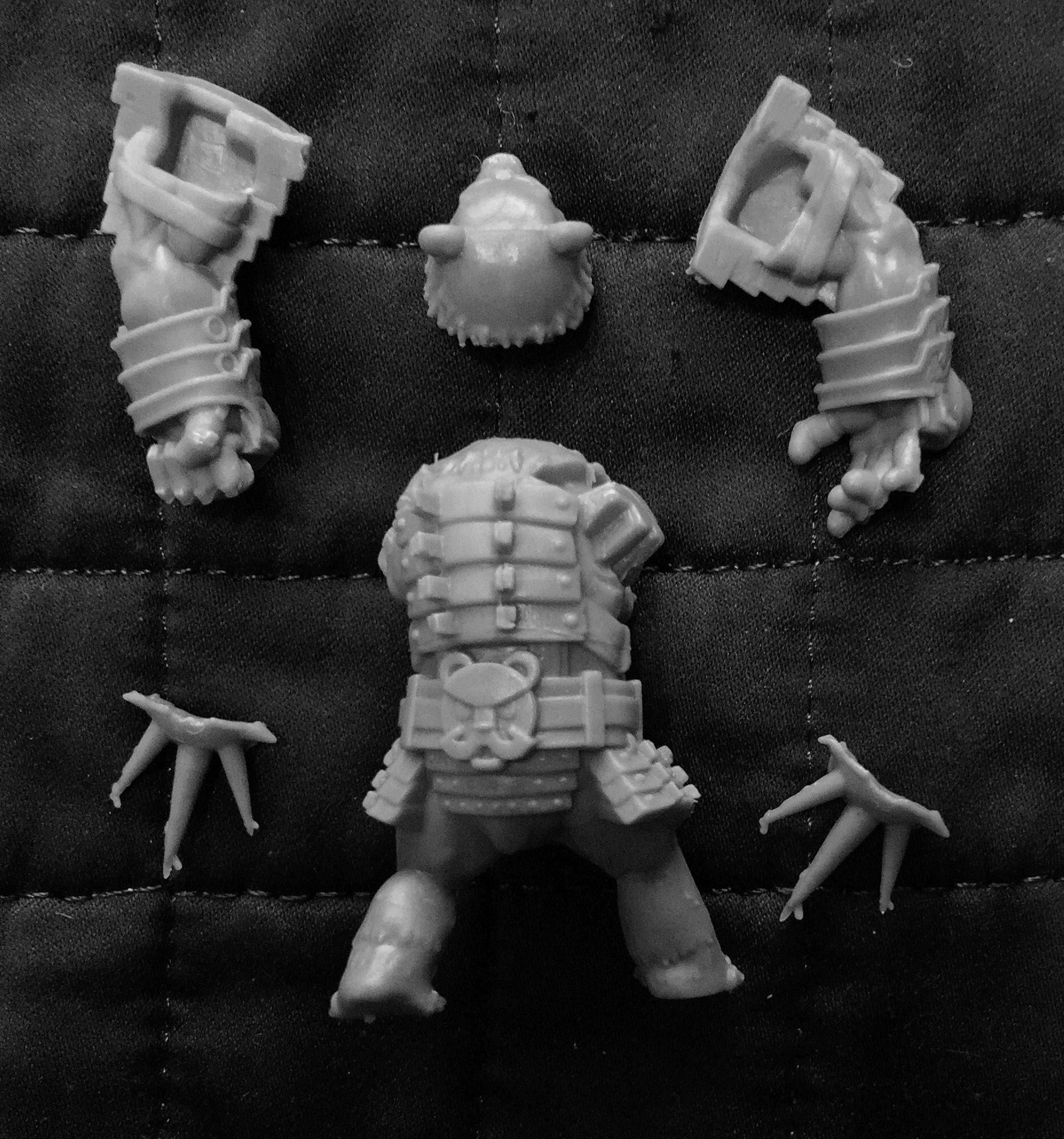 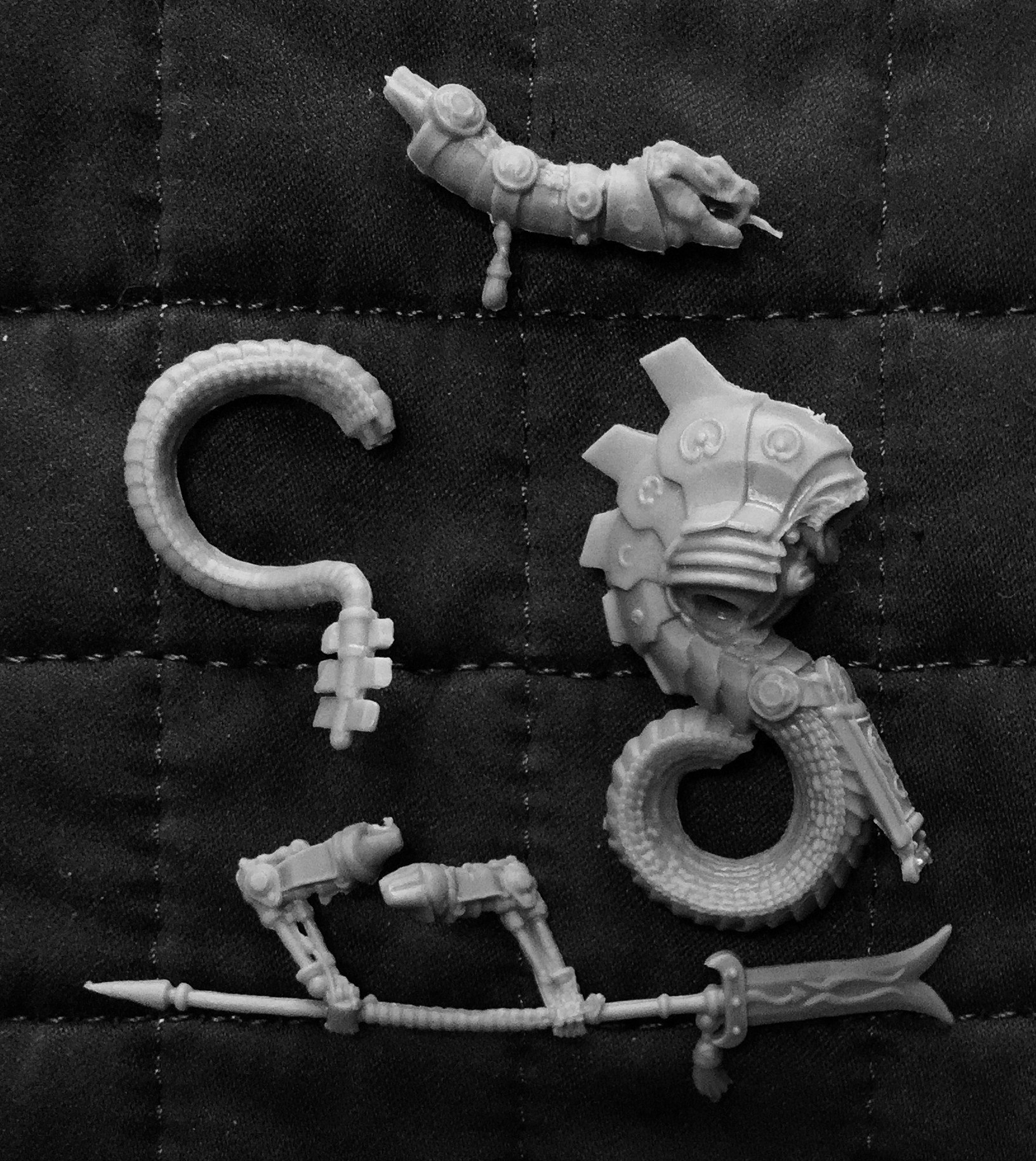 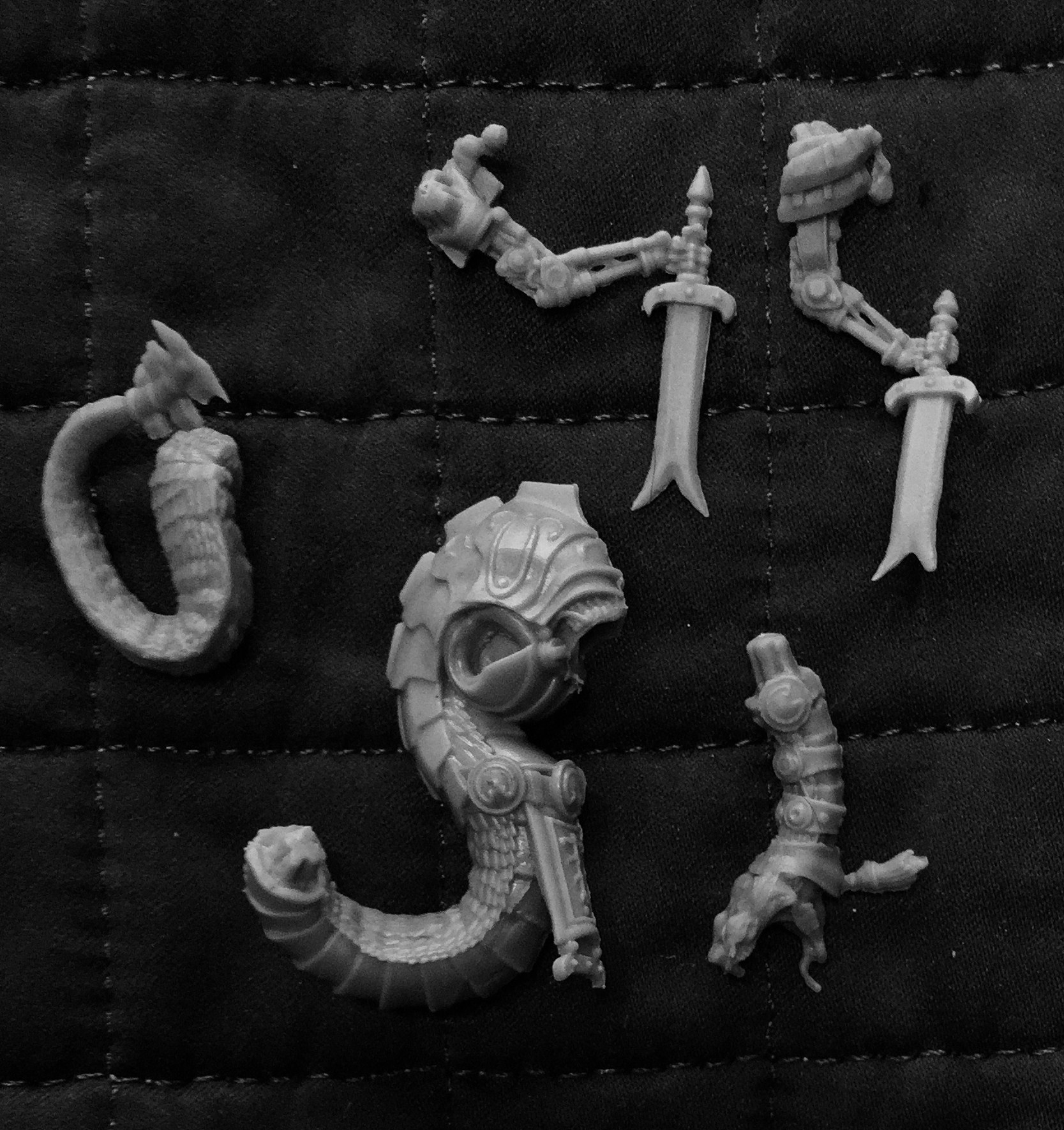 These guys are pretty symmetrical so I opted out of front and back shots. 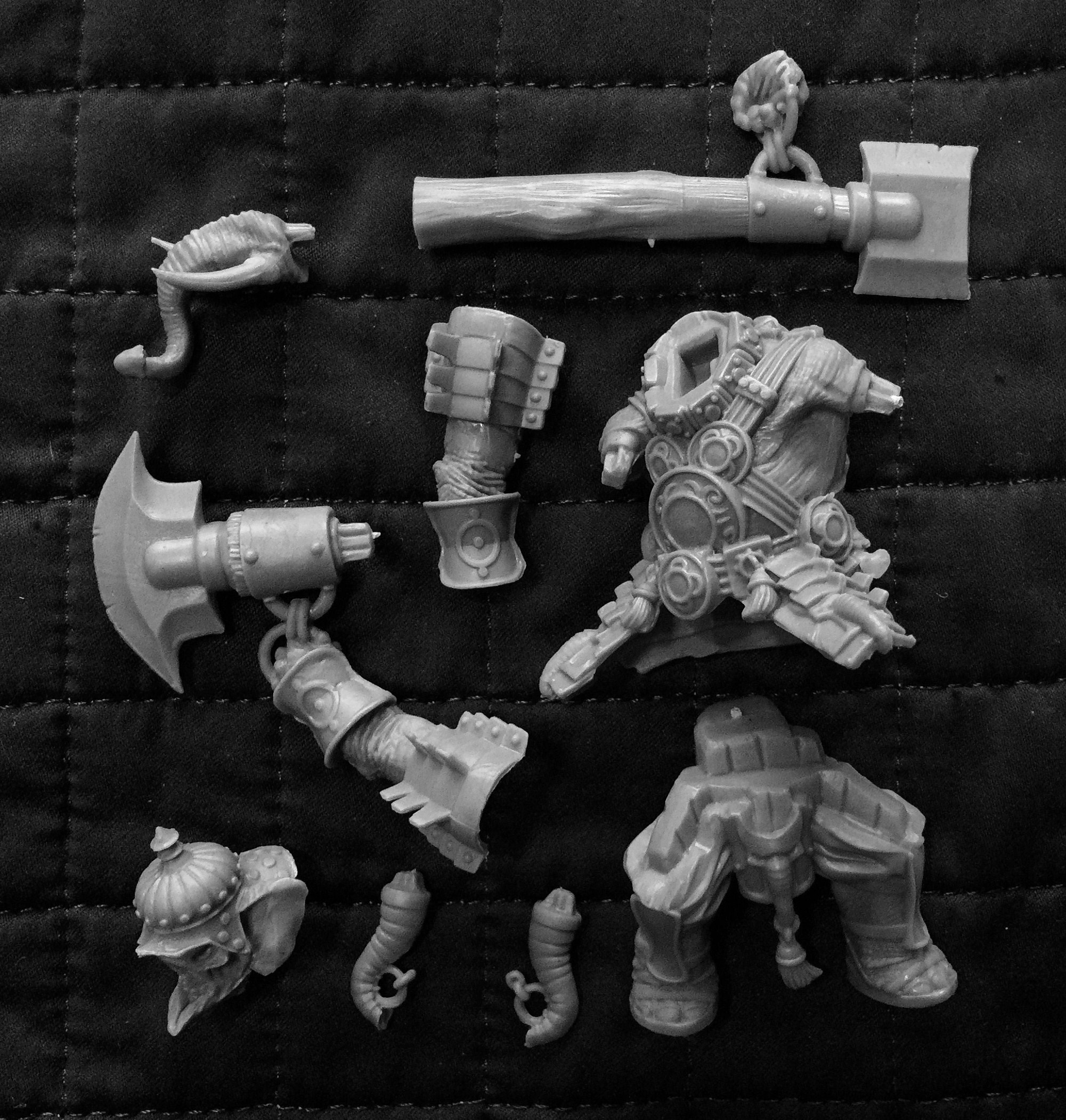 There can never be too many elephant men in the miniature gaming world. These guys with all their detail are easily the coolest I’ve seen. 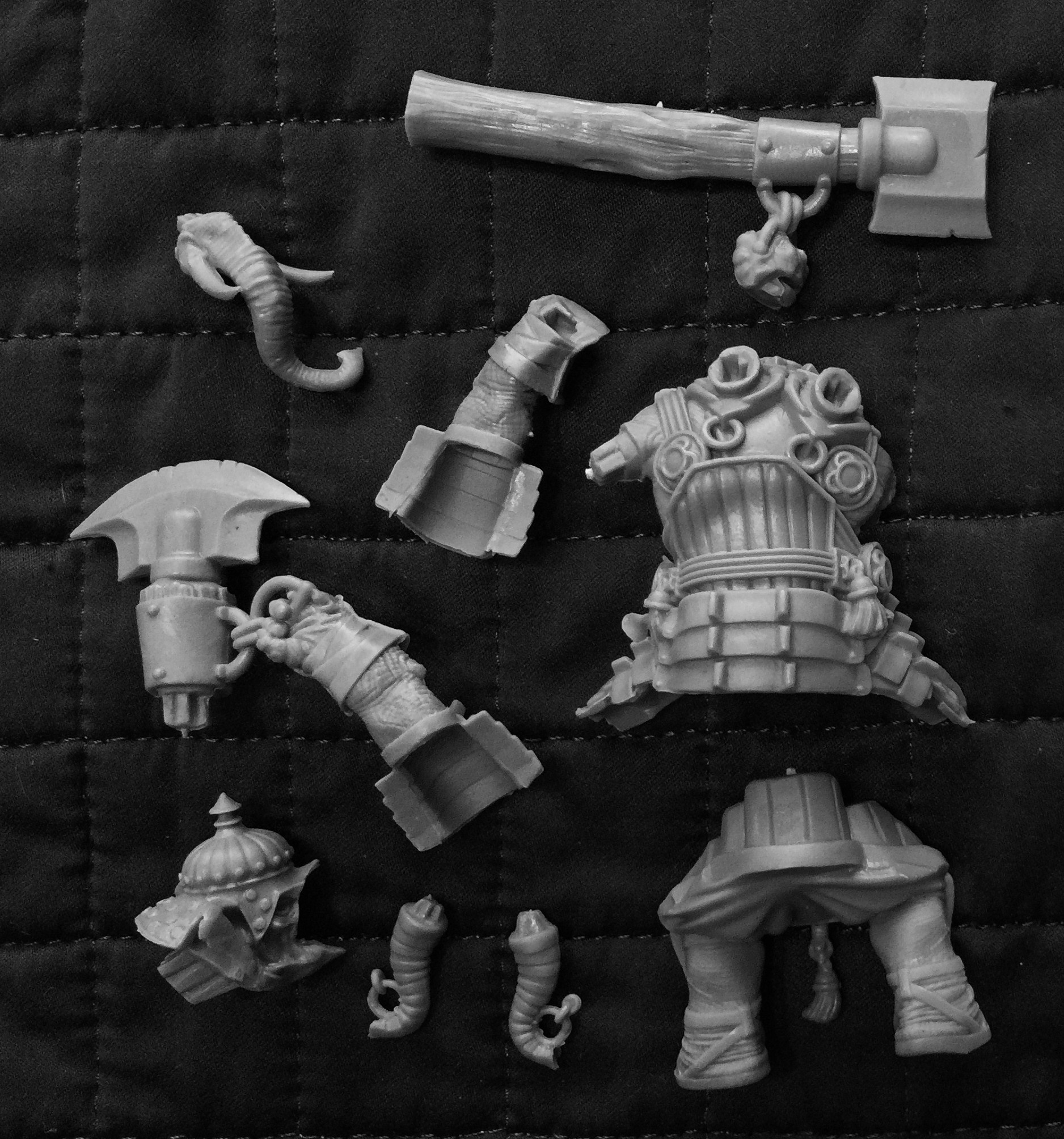 They’re also massive – certainly the largest Infantry in the game and likely exceeding some Rank 2 specialists in size. 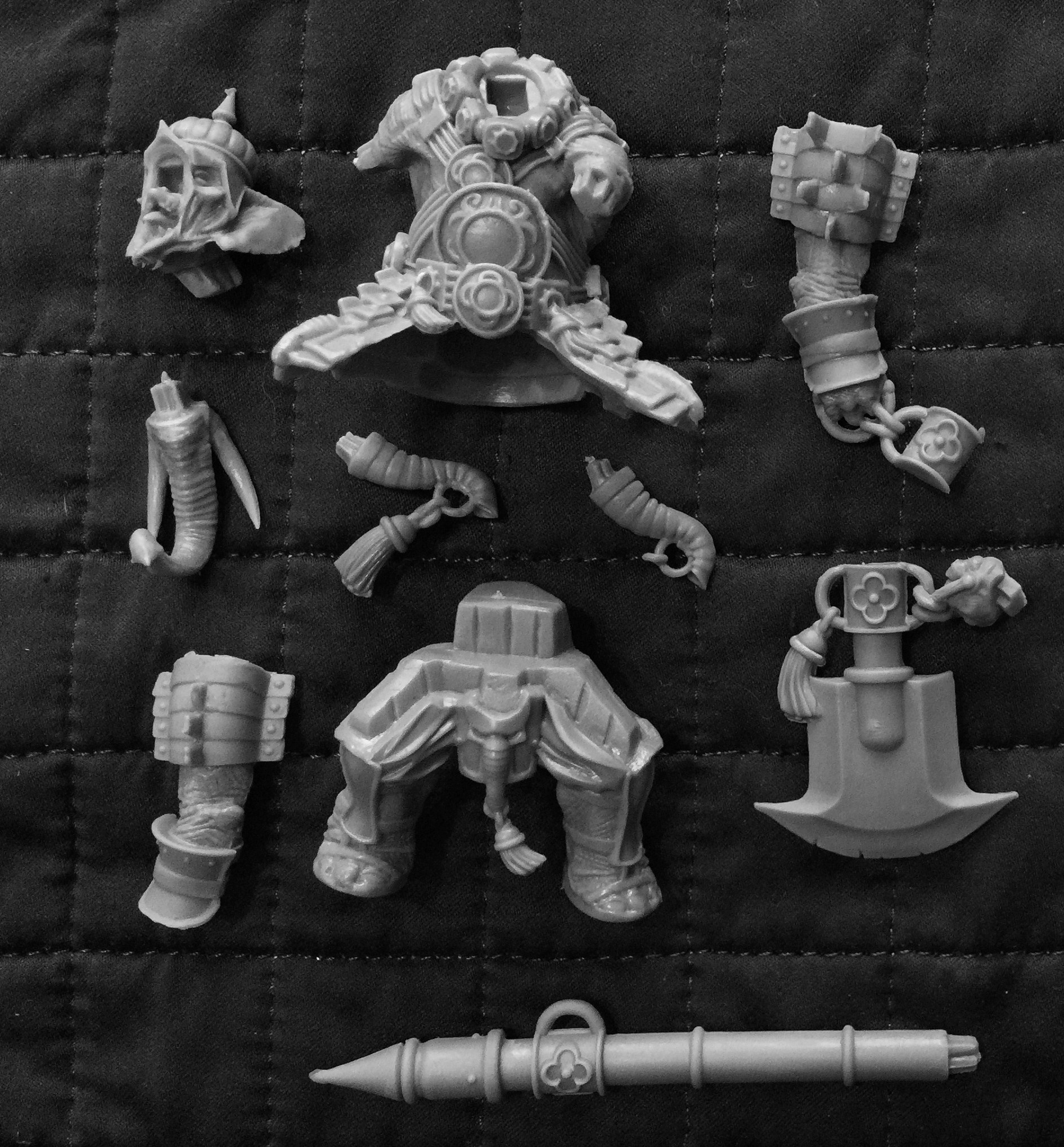 Our second elephant has just as many cool ornate details as the first. 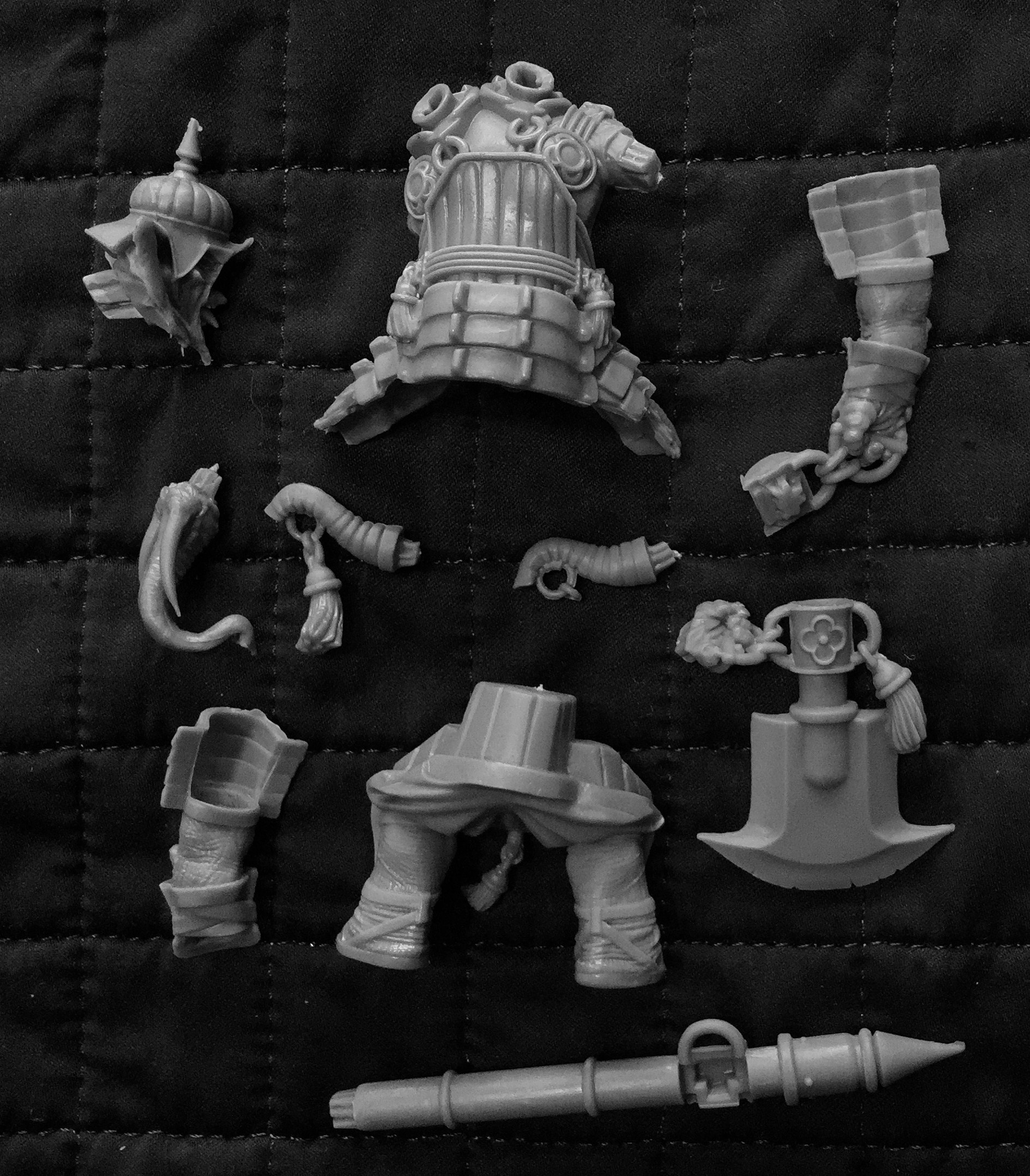 If you want a sense of scale, remember that each of these cloth squares are one inch wide. Can’t wait to see these massive guys towering over my Shael Han force.

While I know Shael Han players will be excited to get their hands on these, they seem to have conversion or proxy potential for a lot of other games. An Avatar of the Elephant could make a very interesting Tzeentch Demon Prince, or maybe even a Skorne Titan for Hordes. The snakes could make for interesting Chaos Trolls or Ogres for an age of Sigmar Slaanesh army. The box will set you back $50, which seems pretty reasonable for all the possibilities it offers.

~Hope you guys enjoyed all the pics. Who is planning on picking up a box of Celestials?

Outside the Box - April 14th