40K Lore: The Battle of the Iron Cage

In the Aftermath of the Horus Heresy one of the greatest battles of mankind was fought to determine the fate of a Legion.

The Iron Cage involved two of the mightiest Space Marine Legions in a head-to-head conflict that tested the old question about Unstoppable Force vs Immovable Object. Only in this case, the roles are reversed…

The Imperial Fists, lead by Rogal Dorn, and Iron Warriors, lead by Perturabo, developed a strong rivalry bordering on disdain during the Great Crusade. Both Legions possessed like specializations in the areas of defense and siege warfare, leading to competition between the two. Tensions escalated dramatically shortly after Dorn and his Legion were given the honor of fortifying the Imperial Palace on Terra after the successful conclusion of the Ullanor Crusade. Shortly thereafter Horus declared the Iron Warriors to be the true masters of siege warfare, Fulgrim asked Dorn if he believed the Palace could withstand an assault by the Iron Warriors. Dorn answered that the defenses of the Palace would hold against any adversary providing they were adequately manned. Perturabo went into a deep rage, responding with insults so vile and baseless that onlookers were dismayed. Afterward, the two primarchs rarely spoke and their Legions never again served in the same campaign. 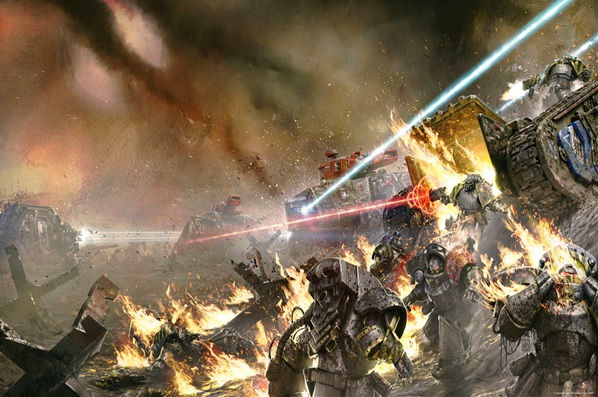 Upon discovering the Eternal Fortress, Dorn declared that he would go there and bring Perturabo back to Terra in an iron cage. His determination to do so had two motivations. First, Dorn of course wanted to continue his crusade against the Traitor Legions and the Iron Warriors in particular. Second, Dorn decided to resolve the Codex Astartes Crisis by accepting the Codex but willed that the entire Imperial Fists Legion would symbolically enter into the pain glove together and emerge ready and willing to reorganize into Chapters. Assaulting the Iron Warriors’ Eternal Fortress provided just such an opportunity. This indicates that Dorn was prepared for his Legion to take heavy casualties and perhaps even invited the prospect. 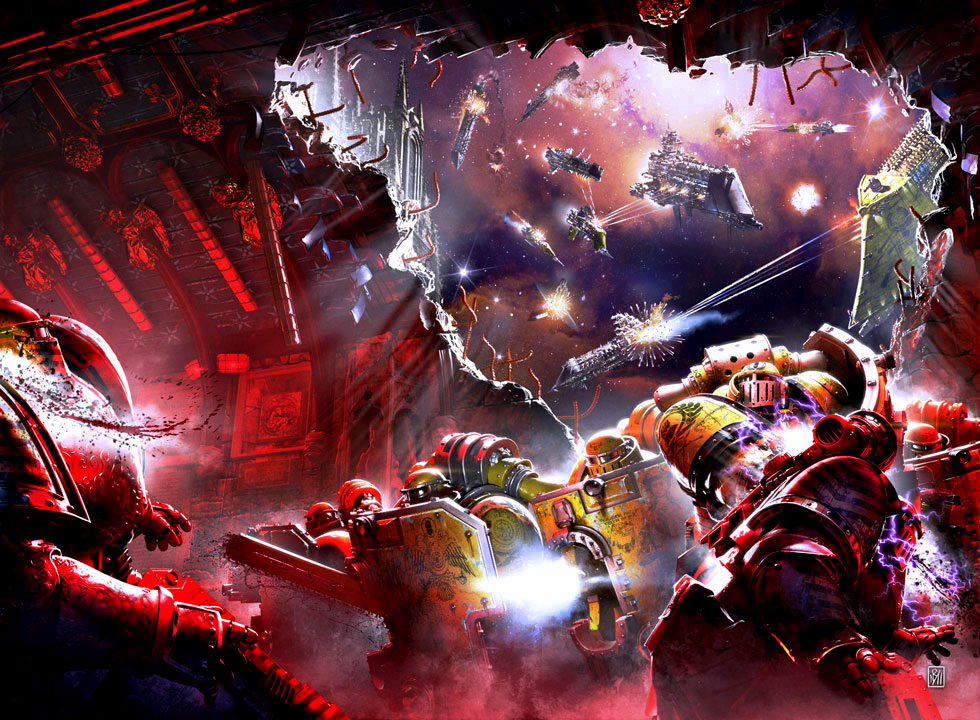 Despite the attempts of his brother primarch, Roboute Guilliman, Dorn launched the assault alone. Furthermore, the assault was launched without the extensive planning and preparations characteristic of the Imperial Fists. The attack began with an orbital bombardment from the loyalist fleet. However, the Iron Warriors anticipated the tactic and took cover in the Fortress’ underground system of bunkers, effectively remaining unscathed. The traitors then activated remote weapon silos a sizable distance away from the Fortress, forcing the Imperial Fists to commit their ground forces against them in precipitous combat drop. As the loyalists approached, the Iron Warriors detonated the weapon silos in a massive explosion, sending debris into the atmosphere and preventing communication between the Imperial Fists’ ground forces and fleet.

The explosion also served as the signal to the Iron Warriors fleet to attack the loyalists in orbit. While the two fleets were evenly matched, the Iron Warrior vessels possessed large compliments of Space Marines prepared to engage in ship-to-ship boarding operations while the Imperial Fists had dispatched their battle-brothers to conduct ground operations. Using this to their advantage, the Iron Warriors scattered the loyalist fleet, preventing them from providing support to their forces bellow.

The battle lasted another three weeks. The Imperial Fists’ ammunition was expended and they fought individually in half flooded trenches with their combat knives, refusing to submit while they dug into the mud and used their fallen Battle-Brothers for cover. Dorn personally turned back a number of attacks. The Legion’s Captains pleaded with their primarch to organize a breakout and retreat, but Dorn refused. Ever loyal, the Imperial Fists resigned to die fighting alongside their lord if necessary.

After three weeks and six days, Ultramarines intervened, driving off the Iron Warriors. Unable to defeat both Legions combined, Perturabo concentrated his forces on denying the Imperial Fists withdraw and disrupting their ability to collect their dead and wounded battle-brothers, of which 400 were never recovered. 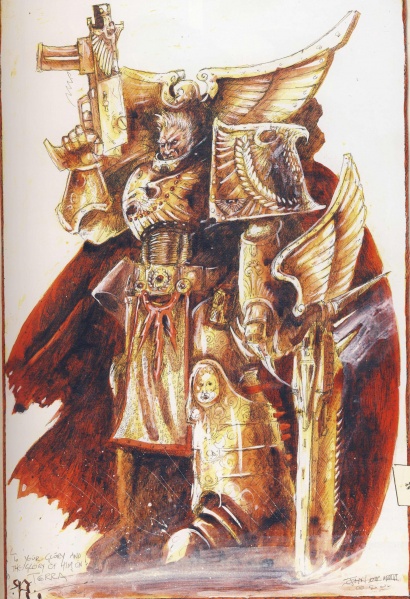 The Iron Warriors succeeded in inflicting overwhelming casualties but failed to destroy their bitter enemy totally. Source material conflicts as to why this was the case, however. One source claims while Perturabo could have destroyed his hated once-brother-Legion at any moment, he did not do so because he so much relished in their torture. Another source claims that the Iron Warriors lacked the faith to sacrifice what was required to completely destroy the Imperial Fists.

Only in the greatest challenges do we find true tests of character.