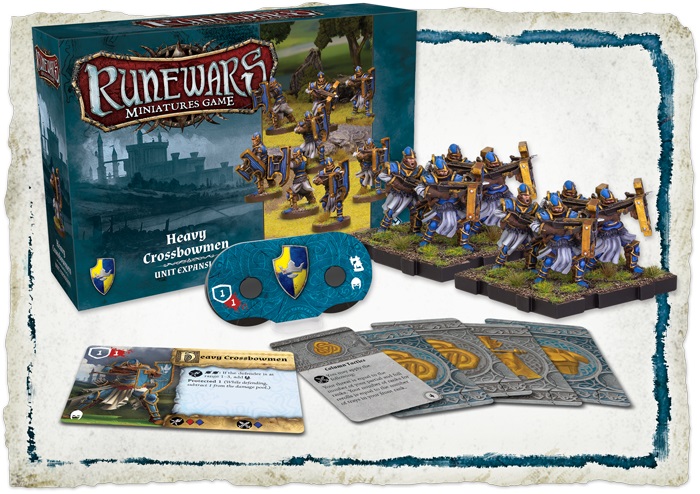 Fantasy Flight Games has announced a new Heavy Crossbow Unit for the Daqan Lords in Runewars!

The Heavy Crossbowmen are coming in Q3 of 2017 to bring some much needed ranged support to the battlefield. When Runewars launched earlier this year, folks had noticed that there were a few gaps in the line up for the two starting factions. We already heard about quite a few unit expansions and a new faction on the way. Now Fantasy Flight Games has pulled the covers back about a new unit taking the field: The Heavy Crossbowmen of the Daqan Lords. 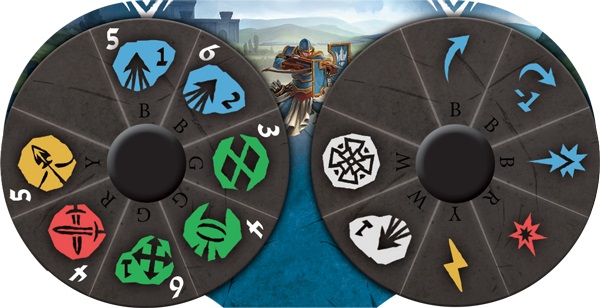 These crossbowmen will certainly bring a ranged threat to the tabletop. With the ability to ensure a surge on the attack they will have a fairly reliable way to pull off their two surge unit ability.

Adding a Mortal Strike to their attacks at range 1-3 just might punch through those tough units that need to go away. And while they might not be the best in close combat, they won’t let you down with at least 1 guaranteed hit from their command wheel.

These ranged attackers are just want the Daqan Lords ordered. They are quick and mobile and are a going to fill that ranged void in the army list. Having a unit or two of these Crossbowmen will hopefully allow players to soften up a target before one of those devastating charges happen. If nothing else, I’m sure those Spearmen will enjoy the covering fire! 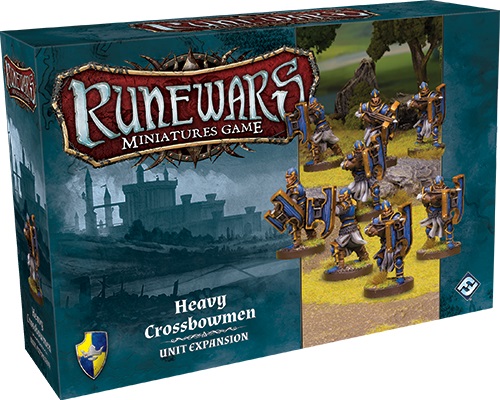 Paragons of disciplined training and wielders of some of the most sophisticated military weaponry available, the heavy crossbowmen of the Daqan Baronies represent one of the greatest defensive forces in Terrinoth. Armed with specially designed bulwark shields and heavy crossbows, these warriors can withstand even the fiercest hail of enemy fire while unleashing their own torrent of death.

You can never have too many crossbowmen – I like fighting in the shade!