It is a time of Glory, Honor and a whole lot of bloodshed – Come check out Kharnage!

Our friends at Dragon’s Lair Comics & Fantasy brought over a new one for our Tabletop Spotlight. Kharnage is a face-paced card game of burtal battle and honor. In Kharnage, you keep what you kill:

The basics of this game are simple. There is a hill in the middle of the battlefield. Up to 4 armies have gathered and they are all trying to take the hill. The entire point of the game is to kill as many of your enemies as possible and gain points. The player with the most points at the end of the game wins – really, it’s that simple!

Now, there are some different strategies involved – you actually do have do play a strategy card before each round. That will determine when you’re going to get to play (based on initiative values) and what you’ll be able to do that round. Some cards will allow you to reinforce your army, some will only allow you to melee attack and not use any ranged. This can make a big difference and that’s where a lot of the actual strategy comes in. Plus each faction has a different deck creating a different theme for each army. Dwarves play different from Goblins. Humans are different than Orcs – you get the idea!

Overall, the game play is pretty fast and most games are designed to only go a handful of rounds. All the better to reset and play again! It’s addictively fun and fast. Most games are over in 20 minutes so it’s perfect for multiple games. And it’s 2-4 players, if you want, you’ll be able to get a game of this in. It’s recommened for ages 14 and up – I’m guessing because of the violent themes. But really, if you can read you can probably figure out how this game works. It’s in stores now so if you’re wanting to add some Kharnage to your gaming check this one out! 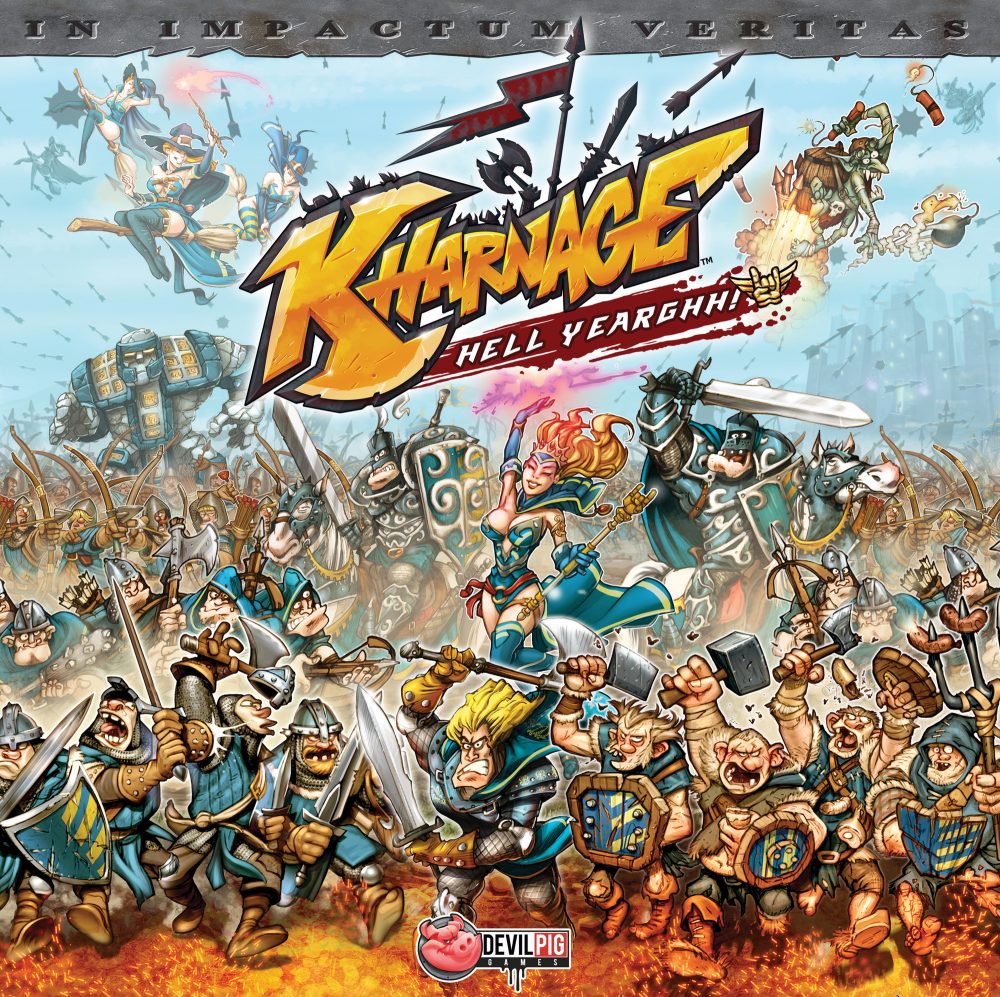 Kharnage is a fast-paced, tactical card game for two to four players that puts you and your opponents in command of massive fantasy armies. Each turn, you’ll select your strategy and call upon new reinforcements to join you in battle. Then, you’ll use your newly arrived forces to smash your opponents’ armies and create a scene of total war. Whether you’re fighting for the Dwarves, the Humans, the Goblins, or the Orcs, Kharnage invites you to command a unique army with a distinct fighting style. Muster your forces, lead them to war, and collect the skulls of your enemies!

Who Let The Dogs of War Out?!

Author: Adam Harrison
Writer, Editor, Texas Native, and Austinite for 15+ years, Adam covers all things Tabletop Gaming. Which includes Warhammer 40,000, Age of Sigmar, D&D, Board Games and everything else that involves dice, boards, cards and a table. A hobbyist, player, and collector of miniatures and games, Adam's current obsession are his Death Armies for Age of Sigmar, his Blood Angels and Tyranids for 40k, and his ever growing Arkham Horror: The Card Game Collection.
Advertisement
Asmodee Card Games
Advertisement 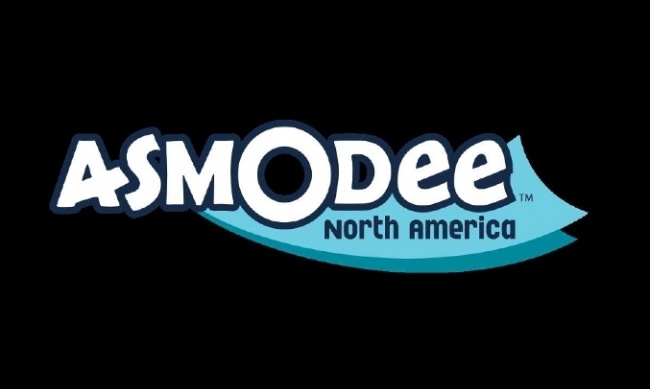