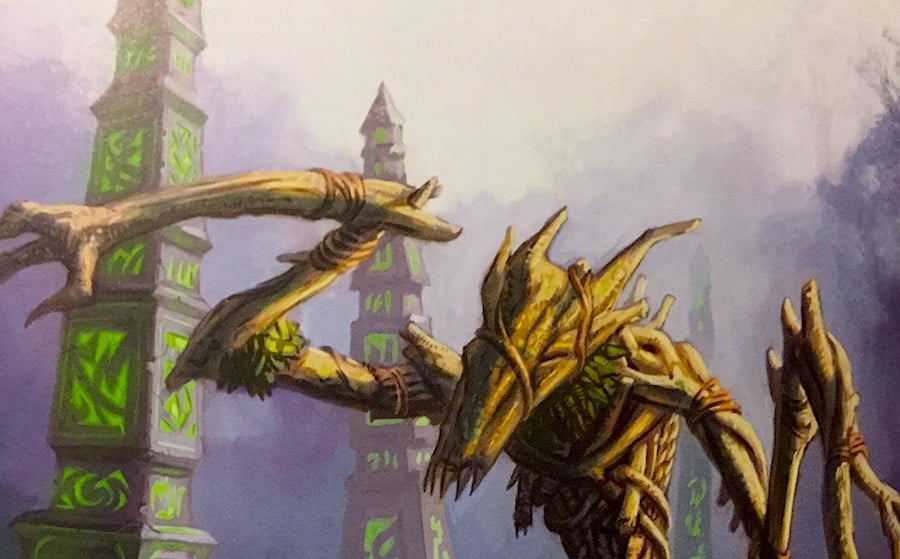 Is it the Best?

The Sentry Stone went from a random show up in theme force in MKII to 2 in every circle list in MKIII. Today we look at what makes this unit possibly the best unit in Warmachine. It’s cost, sturdiness, threat distance, and damage output can be incredibly effective.

The Sentry Stone is only 5 points. Yet, it has amazing value because of the boosting mechanic. It can threaten high defense, medium to high armor with a lucky roll, and point for point will out due most other similar pointed models/units. 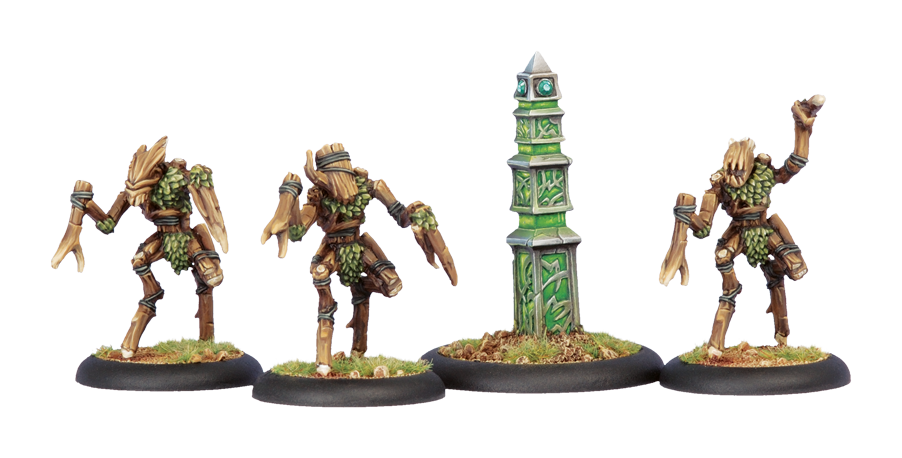 So Hard to Kill!

The Sentry Stone has built in survivability. It has the ability to stealth itself with the forest and prowl mechanic saving it from most shooting outside Legion. It has a base ARM value of 18 meaning even boosted POW10s don’t threathen it very much. You can literally stand it in front of a gun mage unit and not fear repercussion. The stone itself can stay farther back while it uses the twigs at max command range. 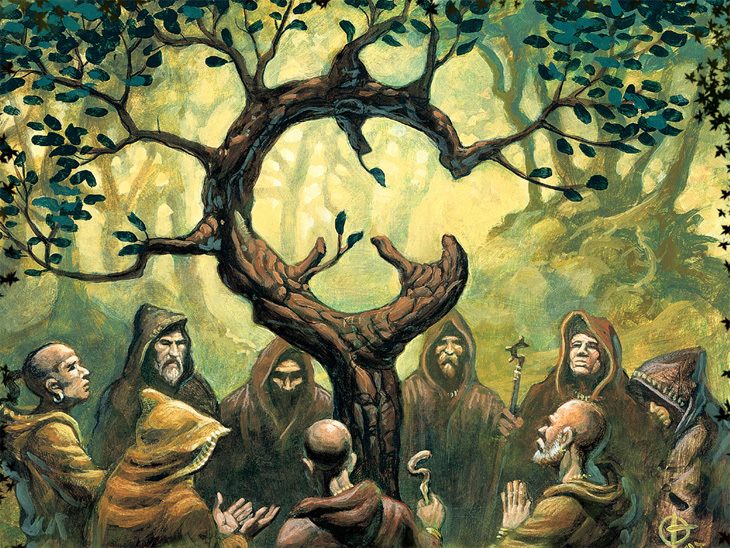 The boosting mechanic is the main reason the Sentry Stone gets so much value. The ability to hit high defense or high damage to break armor is a nightmare for valuable solos. Combine the ability to place a model in the control phase means the sentry stone will always have a way to threathen you no matter how many twigs you kill. If you get really bogged down the twigs can aim their sprays to increase the chance to hit. Finally, the main shooting attack from the twigs is a spray ignoring many things like stealth, concealment, and other defensive bonuses.

What Can Stop This?

There are some models that you can bring to deal with the Sentry Stone. Bringing anti stealth tech such as Reinholdt, Gun Mage Captain, or an Extoller Soulward can make dealing with these annoying stealth models easier. However, you will need a high power ranged attack to get through the ARM18 that the Sentry Stone has. A Canoneer, Defender, or similar POW15+ attack that is boostable is key to killing these models in 1 shot.

Another way to help limit the Sentry Stone is to limit the lower defense models it can get into range of. The stone does have a far range of command + 5″ placement + Twig base+ Spray but you can measure this out keeping valuable solos or swarms of infantry safe.

The Sentry Stone doesn’t threaten heavy models to much. The boosting mechanic might mean a point or few will get past the armor but, ARM20 doesn’t have to much to fear.

~What do you think of the Sentry Stone ? Do you think its the best unit in the game for its points?