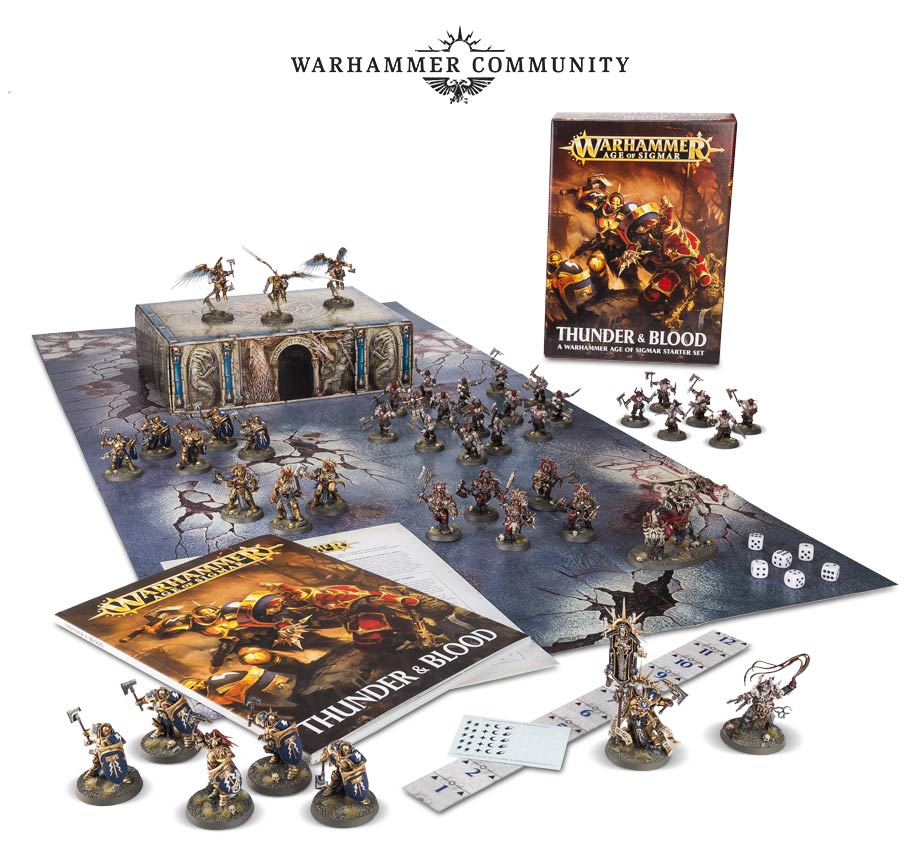 Thunder and Blood is an updated starter set for the Age of Sigmar, now available for pre-order.

Age of Sigmar has been getting some pretty big updates in the last few months. With the release of the Kharadron Overlords and the Stormcast Eternals it’s head and shoulders a different game than it was even after the release of the General’s Handbook. As more new armies come out with updated models and streamlined rules that aren’t just conversion, the game is starting to approach its final form. It’s not quite an altogether different game from release day–but you have to squint a little to see the resemblance. 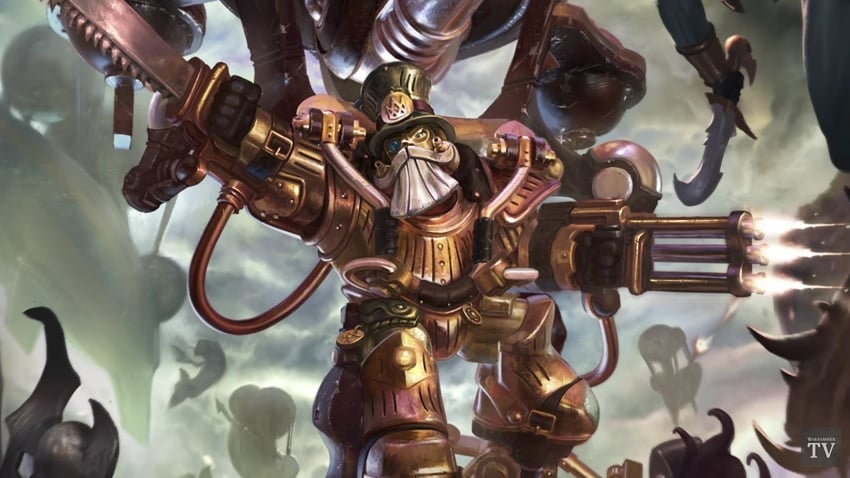 With that in mind, there’s an updated Starter Set that’s just been announced for the game. GW must recognize how much their game has changed, so they’ve updated the rules, included a primer on the lore and painting, as well as including models that are cast in red and gold plastic, so they’re fun to play with even before you paint them up with the included painting primer. And of course you’ll get updated warscrolls for every unit that’s included and some scenarios–basically everything you need to play the game.

So, if you’ve been waiting to get into AoS, this is the perfect chance to hop in.

Thunder & Blood is our latest Warhammer Age of Sigmar box set and it contains everything you need to start playing. It contains two sets of easy-to-build models cast in red and gold plastic, which means you’ll have two armies ready and looking great almost straight out of the box.

When you want to personalise your miniatures, the book also includes a guide suitable for painters of all levels – whether you’re a newcomer just looking to go over the essentials of basecoating, a gamer looking for quick tips on drybrushing to get an army tabletop ready as soon as possible, or a more experienced painter wanting to try techniques like glazing or adding rust and blood to your miniatures. Schemes for six Stormcast Eternals Chambers and six Bloodbound warbands are included for inspiration. 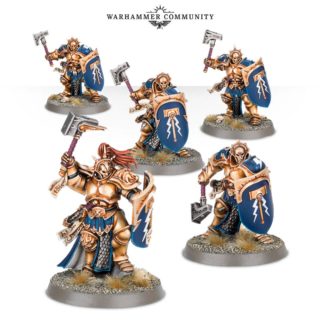 The miniatures themselves make a fantastic starting point for a new collection. For the Stormcasts, you’ll get two units of five Liberators, three Prosecutors, three Retributors and a Lord-Relictor to lead them. 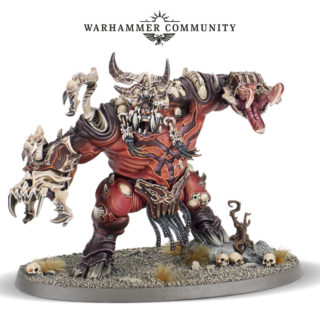 The Bloodbound, on the other hand, have two units of ten Bloodreavers, five Blood Warriors, a Khorgorath, and a Bloodstoker.

After all, Vandus and Korghos gotta have some people to boss around, right?