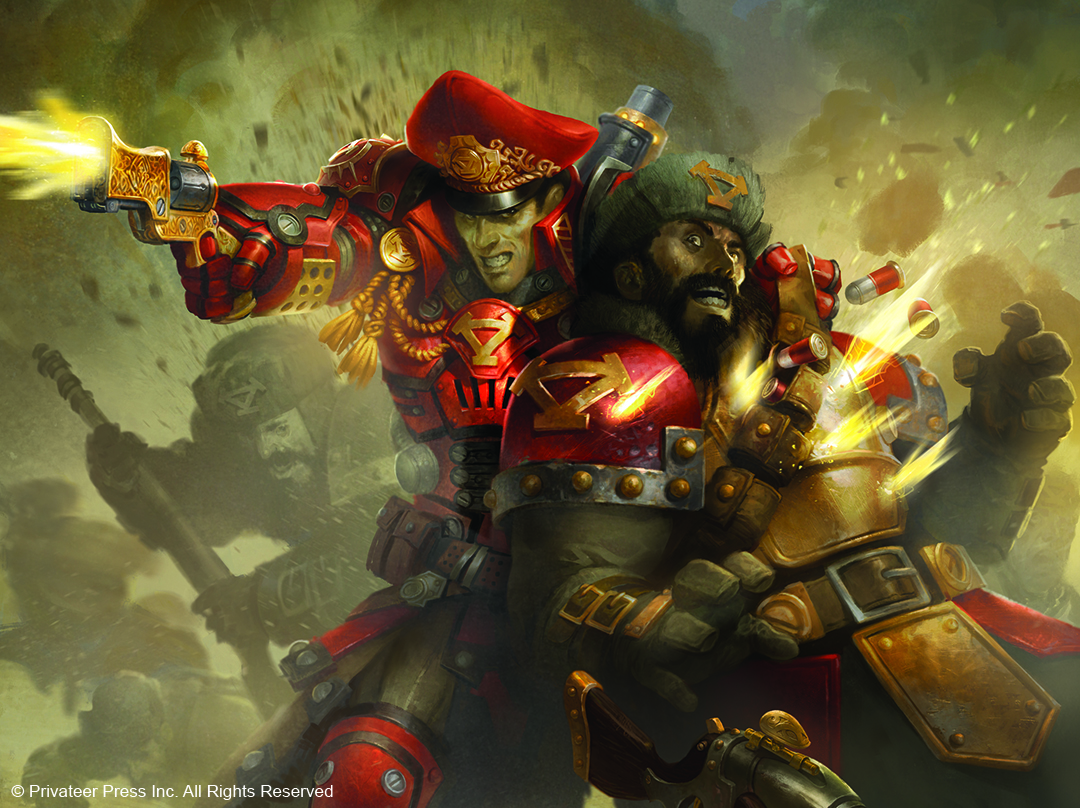 The official model release of Malakov 2 is out.  Check out this ruthless Khador caster and what makes him tick.

Malakov is all about getting the job done and he doesn’t care if his troops die in the process. If you like dirty tactics and a non caring attitude about your models surviving then Malakov is the Khador caster for you.  He comes with +28 battle group points and a bunch of sneaky exploits and interactions to get the enemy beaten down. 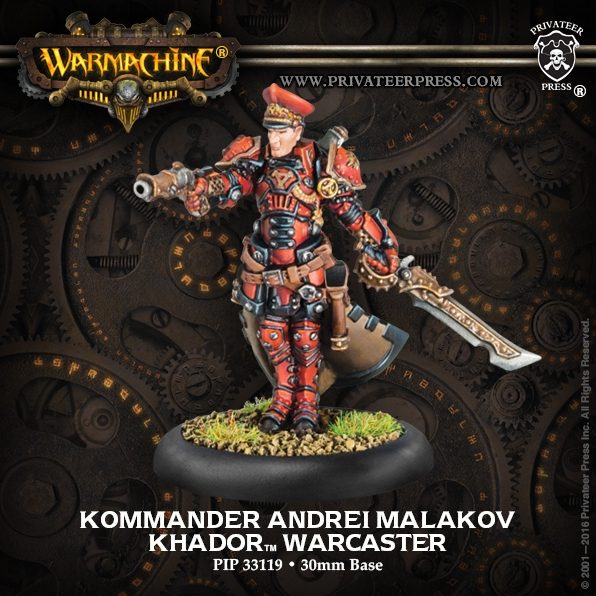 Malakov has a decent DEF15 but, his armor is kinda low at only 14.  This really only matters if he is getting melee’d to death or some big blast templates land to close to him.

He is armed with a RNG12 POW12 Handcannon for pot shots and a POW12 sword for clearing infantry close by.

Malakov can give warrior models special abilities if he is close by aka 5″ away.

If you load up on the battlegroup this can be dirty.  Gives a way for warjacks and Malakov to take a hit and run away.  Being immune to knockdown is pretty powerful as well. 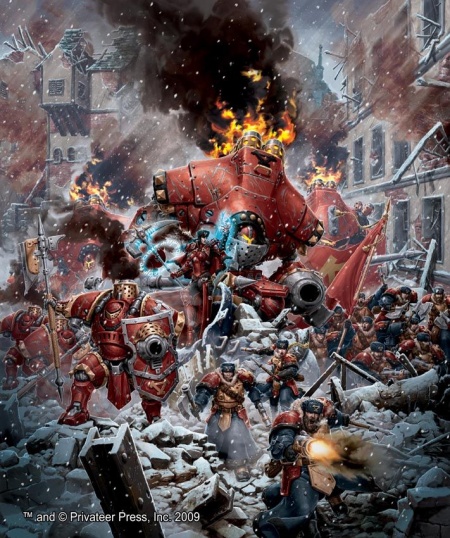 This list makes use of the knockdown threats and prowl granting of Malakov.

Malakov has been around for awhile with his pre-release.  He can be fun to play with and against.  He doesn’t do anything back breaking like Sorcha or Butcher so isn’t really seen as a top dog.  He is an average bloke with decent potential.

~What do you think of Malakov2 Have you faced this deceiving warcaster on the battlefield?  Tell us in your comments below!