The Locust Horde comes to the Runewars Miniatures Game with the Uthuk Y’llan Army Expansion!

Long ago, the Uthuk Y’llan ravaged the land like locusts, consuming everything in their path, leaving only destruction in their wake. After the horde’s defeat at the end of the First Darkness, the Uthuk disappeared and their memory faded into legend. But the Ru Darklands begin to stir again as the demonic warbands emerge from the Black Citadel to spread chaos and destruction once more.

Fantasy Flight Games is excited to announce the Uthuk Y’llan Army Expansion for Runewars Miniatures Game! Build your swarming ranks with the twisted creatures of the Uthuk Y’llan as you hunger to bring Terrinoth to its knees. 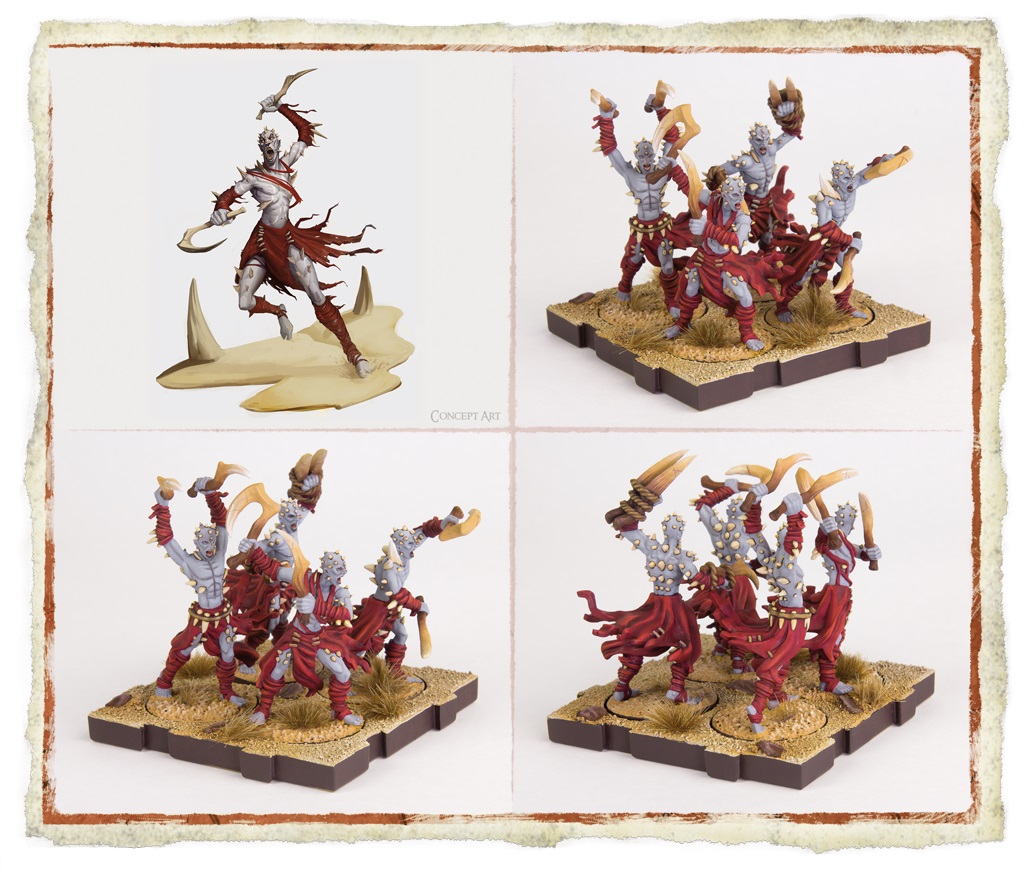 Under the powerful influence of the witches of the Blood Coven, these mind controlled warriors lose all concern for their own well being. Their fierce war-cry strikes fear into the hearts of their enemies and all they want is to bring death and destruction.

On the tabletop they are Steadfast against Fear. These war crazed Berserkers can suffer one wound in exchange for gaining Lethal 1 on their own attacks. This ability can only be used twice per combat – which makes them quite deadly to anyone they connect with! 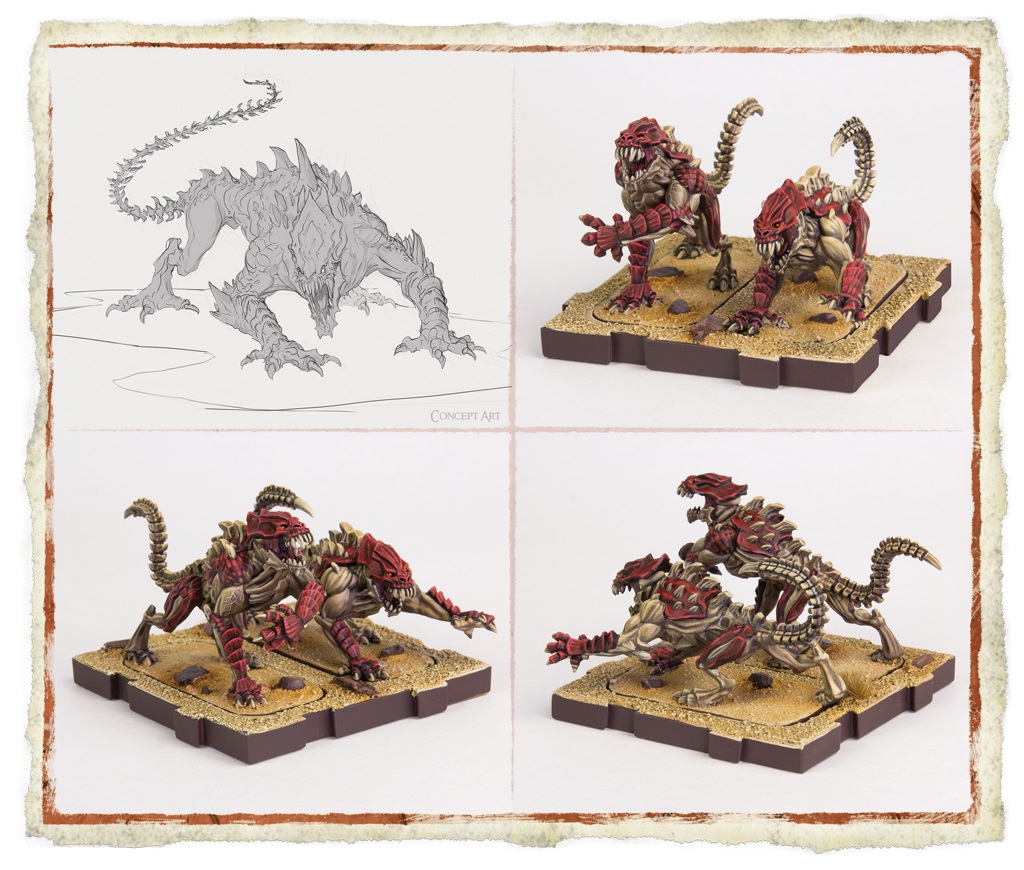 The Cavalry of the Uthuk are the demonic Flesh Rippers! They are quick moving scouts, flankers, and wild opponents. They are so wild that they actually must perform a speed-1 maneuver before you reveal their command dial.

This unnatural speed is reflected in the way they can spend surges – for each surge spent in a combat their target takes that much damage! 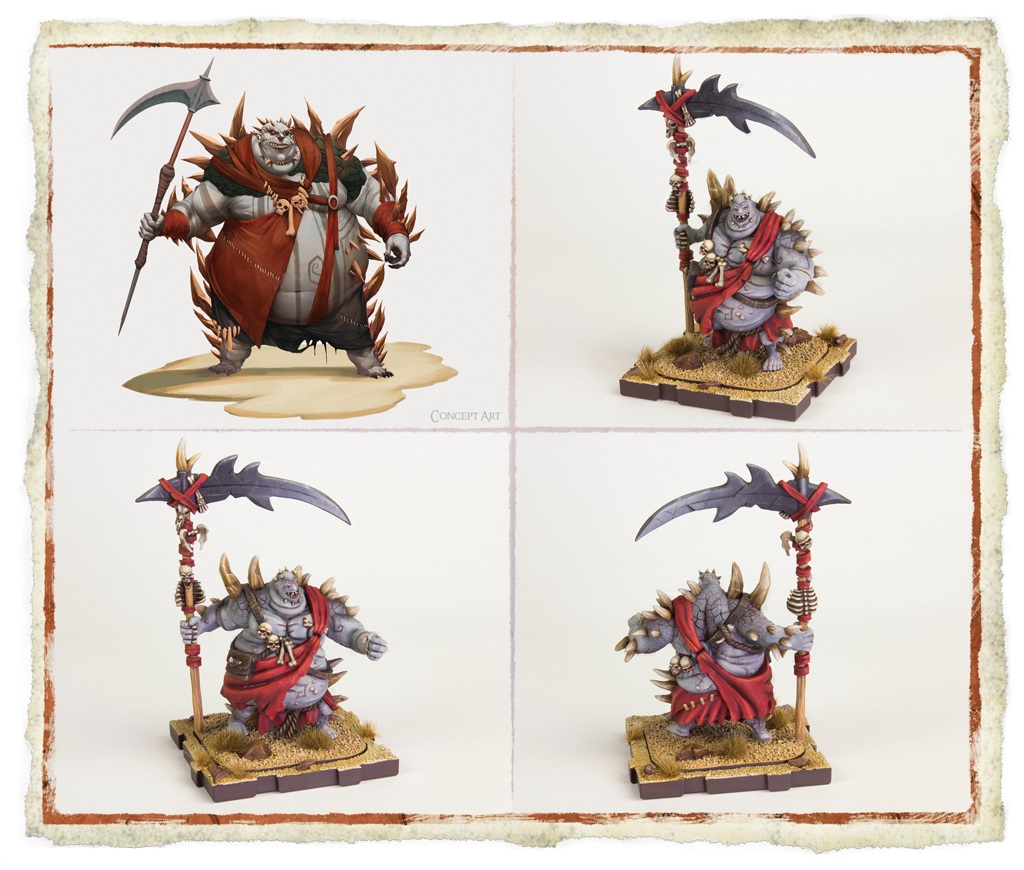 Ravos the Everhungry is an imposing figure on the battlefield. His undying bloodlust combined with the need to consume embodies the ideals of the Uthuk Hordes. He is also the perfect, brutal weapon of the Uthuk with Brutal 1, Precise 1, and Steadfast [Fear 2]. Once he gets into combat, he is a literal monster to fight.

Ravos the Everhungry has a few other abilities that will give the enemy pause. First off, he spend a surge icon to inflict a wound on every enemy within range one! Then, before each End Phase, he must nominate a unit at range 1 and cause it 1 wound – this ability friendly units, too! On top of that, his presence is so imposing that before the battle starts each enemy unit receives 1 panic token! 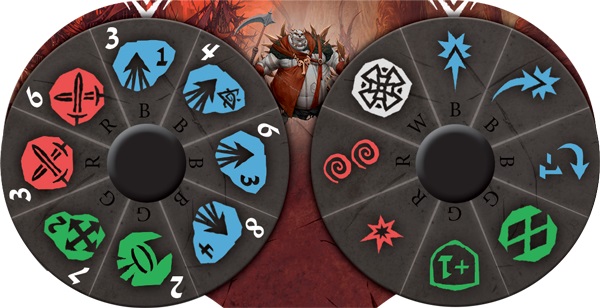 His command dial is also pretty unique in that it has two melee icons – one at initiative 3 and another at initiative 6. This allows him to either attack early or later in the round depending on when you think he will be most effective. On top of that, his attacks can either get extra damage or cause two panic to a unit. The panic can be used by other units in the army to help trigger additional effects! 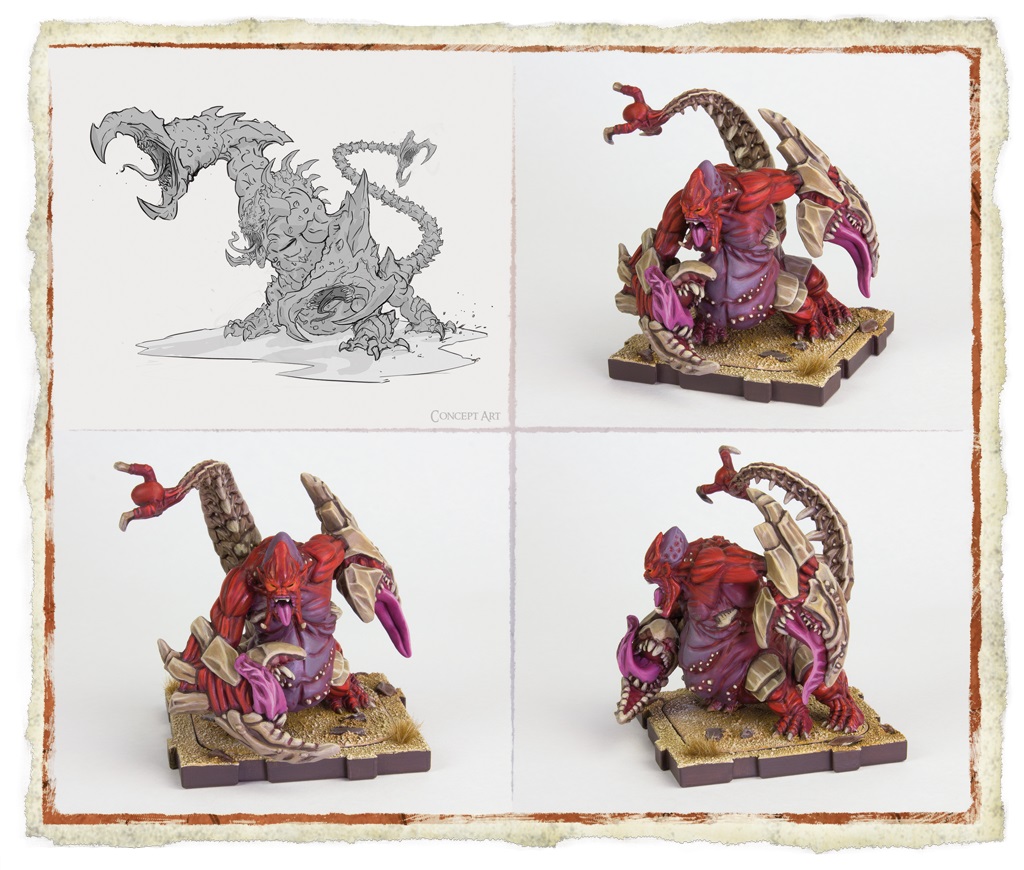 No army in Runewars is complete without a massive Warbeast to take into battle and the Uthuk are no exception. However, their monster comes in the form of a twisted crab-like demon known as the Spined Threshers! These intimidating beasts toss out panic after each activation. This works well for the Threshers because if an enemy has a panic token, then these beasts get to re-roll a die in combat. With two red dice, there is a good chance that with a re-roll the enemy will be torn to shreds by it’s mighty claws!

Spined Threshers are also hearty as well as deadly. With 2 armor and 5 wounds they are difficult to take down. Combine that with Brutal 1 and Steadfast [Fear] and they are going to require some dedicated attention to kill! 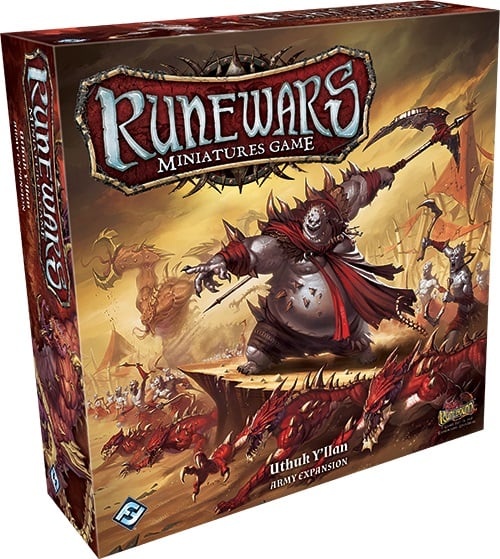 The Uthuk Y’llan Army Expansion is scheduled for release in Q4 of 2017!