GW shows off an all new way to set up 40K missions and keep unbalanced games fair. Take a look at Open War.

Behold a new way to set up mission objectives for your pick up games. Here’s what GW says about the Open War card deck:

“Open War cards are a new way to play Warhammer 40,000, allowing you to play reactive and unusual scenarios. There’s huge scope for all kinds of players in the Warhammer 40,000 rulebook, but planning out bespoke scenarios and campaigns can take time; with the Open War cards, you’ll be able to quickly generate unusual missions for you and your opponent.”

The deck breaks down into 5 card categories:

Most of these are expected, but the Ruse and Sudden Death are interesting as they are handed out to the smaller army if they have less Power Level than theri opponent and act to keep the game fair and victory possible even in cases where one army is outnumbered over 2 to 1.

Here is a set of sample cards to give you an example:

something for armies badly outnumbered… 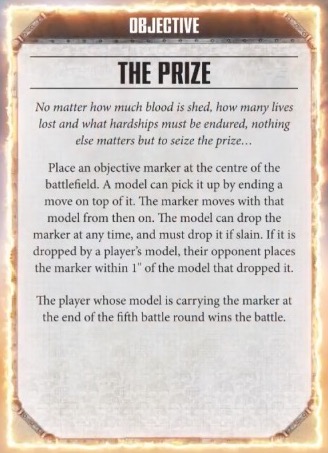 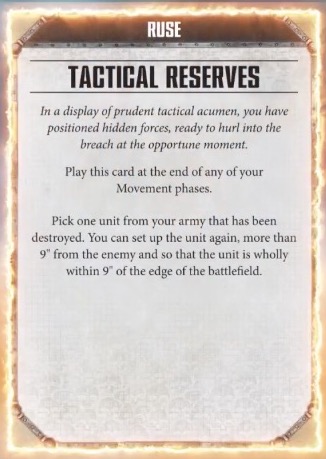 A perk for armies slightly outnumbered 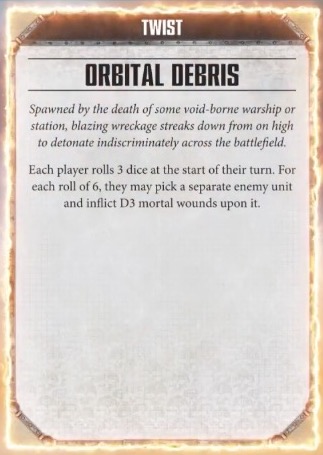 some spice for your games to mix it up 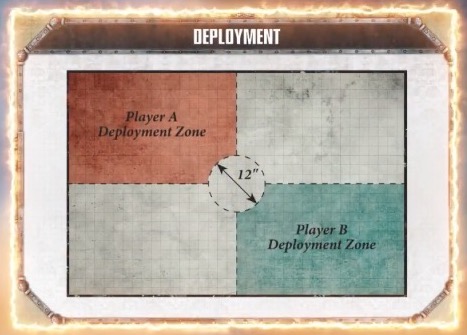 ~These should be out shortly. Would you use them for your standard games, or use out-of-the-book missions?