The Fate of Konor will be determined in the coming months. Here’s why everyone’s fighting over it.

Forces are already mustering, weapons ready to determine the Fate of Konor. With so much attention focused on this world that was once seen as “subservient to Ultramar” and classified as an Ad-Mech research station but has since become the headquarters of the Northern Reaches, it’s time to take a look at why Konor matters.

First, here’s a brief rundown of the history of Konor. 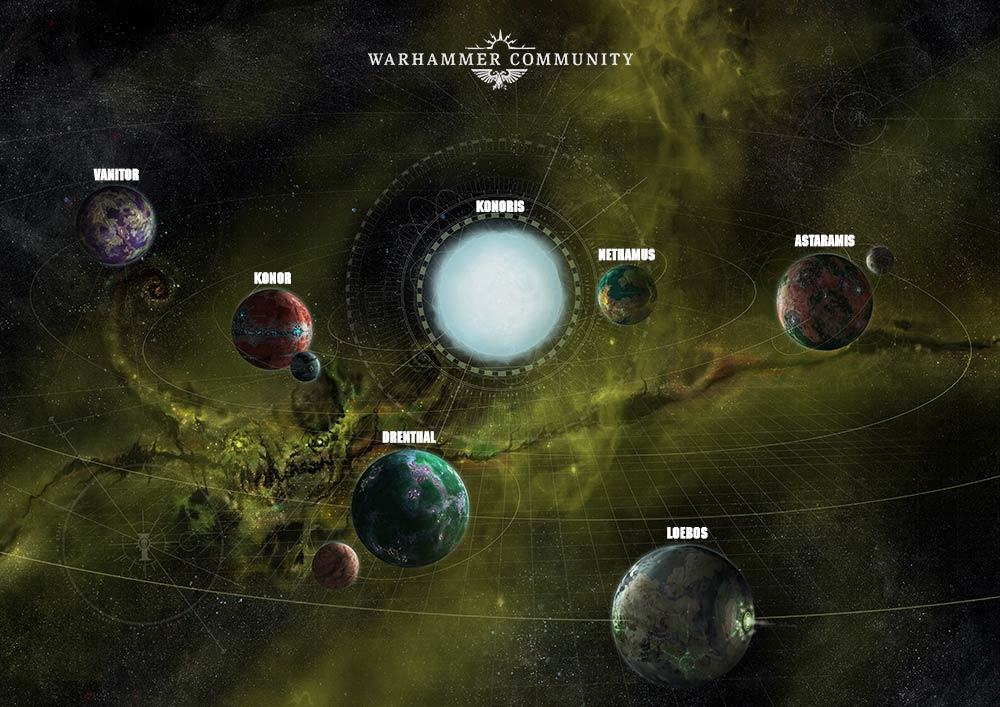 Konor is an Adeptus MechanicusResearch Station in the Realm of Ultramar. During the Great Crusade, when Ultramar encompassed several hundred worlds, Konor was one of four “ruling” planets overseeing a sector of the realm, and administered by a Tetrarch of Ultramar.

The planet was presumably named after the adopted father of Roboute Guilliman, Konor Guilliman. Originally a quasi-Forge World, at the time of the Great Crusade Konor was one of the key worlds of Ultramar alongside places like Macragge, Armatura, Iax, and Calth. Alongside Calth, Konor was the primary shipbuilder of Ultramar, and such was its important that one of the four Tetrarchs of Ultramar was from the planet. However, while its moon of Gantz was a fully-fledged Forge World, Konor was not granted such honor, the distinction mainly due to politics as Mars saw the planet as subservient to Ultramar and not the Mechanicum. As a result of this, tensions arose between the Tech-Priest factions of Konor and during the Battle of Calth, some questioned if they should side with WarmasterHorus. This led to a long delay in reinforcements from Konor to aid the Ultramarines battling the Word Bearers. However, in the end, Konor remained true to Guilliman and sent reinforcements.

Konor was reclassified as a full Forge World after the Heresy, but at some point was degraded to a mere Research Station.

Following the rebirth of Guilliman and the reorganization of the Realm of Ultramar, Konor was made the headquarters of the northern reaches. It is overseen by TetrarchSeverus Agemman. 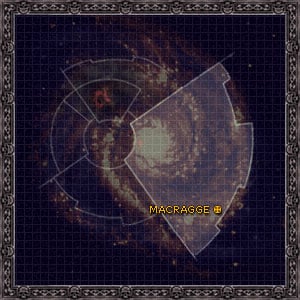 So from this we can see that Konor has a lot of strategic importance. It’s one of the great key worlds of Ultramar–home to their shipyards, and as a former Forge World, it’s bound to hold a ton of secrets that the Adeptus Mechanicus would rather keep out of the hands of the forces of Chaos. But amidst all of that, there’s another, much more personal stake in the matter: Konor is almost certainly named for Konor Guilliman, the adopted father of Roboute Guilliman. 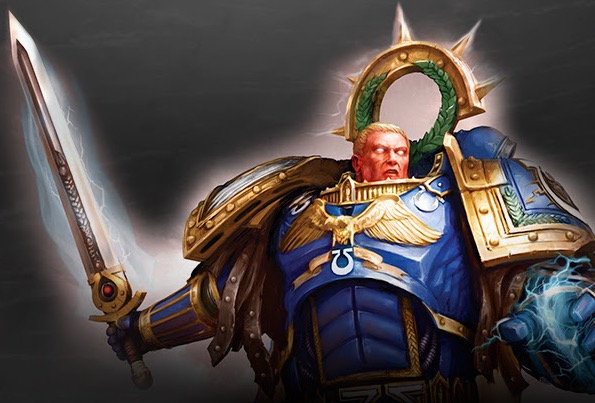 In the Grim Darkness of the 41st Millennium, there are only Daddy Issues.

Let’s take a look at the man himself:

A man of great energy and charisma, Konor became a notable military leader in his youth, pacifying Macragge’s largest continent before he was twenty-five years old. When the infant Guilliman’s capsule fell to earth on Macragge, it was discovered by a group of noblemen hunting in the forest. He was taken back to Konor, who adopted the infant as his son and named him Roboute. Roboute’s arrival on Macragge was a portentous time, and many reported strange sights. Most notably, Konor dreamed of the Emperor, and found himself beside Hera’s Falls in the Valley of Laponis. Upon awakening, Konor assembled his bodyguard and rode to Hera’s Falls, where they found the child. The name Konor gave the child, Roboute, means “Great One”. Although he was a member of the nobility, Konor championed the cause of the common people. Many of the landed nobility resented Konor’s laws and administrative reforms, as they were used to enjoying the wealth from their estates, worked by vast armies of slaves.

Konor’s teachings were to have a great influence on his son, Roboute, who later, as sole Consul, succeeded in reforming Macragge’s entire social structure into a meritocracy based on everyone working for the common good. Because of Roboute’s prodigious talents as a military leader, Konor gave him command of an army sent to pacify the wild inhabitants of Illyrium. Guilliman fought a brilliant campaign, but returned to find the capital city in chaos, and his father dying slowly from a wound. He had been struck down by an assassin hired by his rival consul, Gallan, who had led the discontented nobility in a revolt. With his dying breath, Konor told his son who was responsible. Guilliman swiftly crushed the rebellion and assumed the title of sole Consul of Macragge. He set about punishing the treachery and carrying out his father’s vision. Gallan and his co-conspirators were executed, and their lands and wealth were redistributed to the people. After several years, Macragge emerged as the prosperous and egalitarian society Konor had envisioned.

A statue of Konor, under his title First Battle King of Macragge stands in the Hall of Heroes in the Fortress of Hera, alongside illustrious members of the Adeptus Astartes.

These are high accolades for a man from a distant “feudal” sort of world that had yet to become part of the Imperium. And yet–it makes sense. Konor’s teachings are the reason Guilliman is the way he is. It’s Konor’s influence that led Macragge to be the paradise world it was (right up until it had a bug problem). 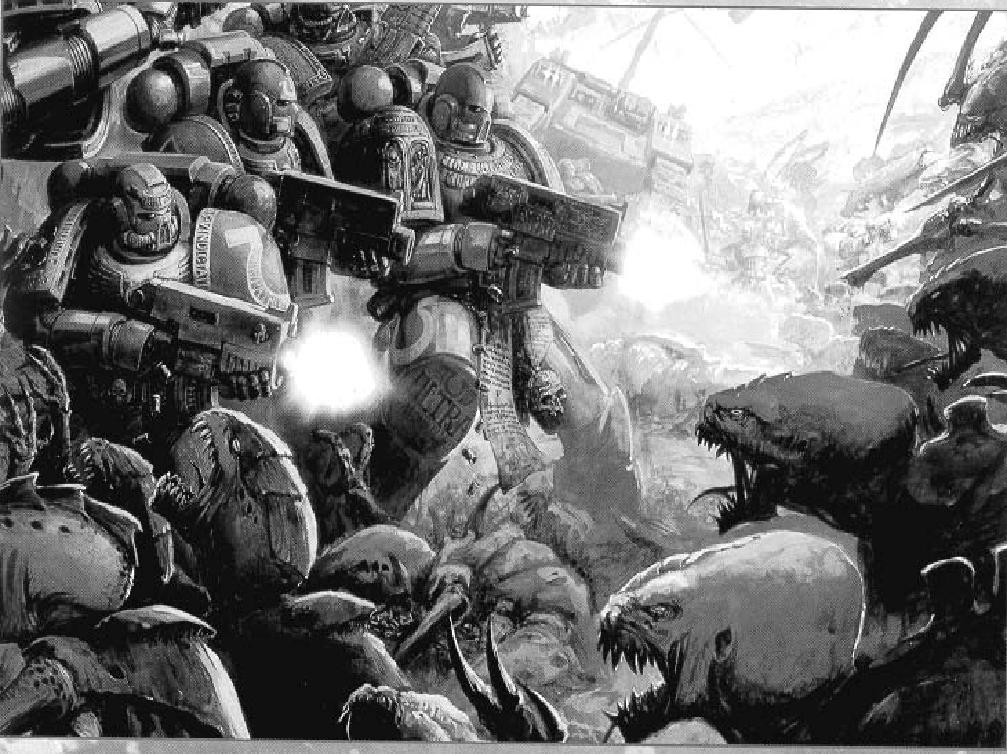 And now Chaos has come to the world that bears Guilliman’s father’s name. To a world that symbolizes the teachings of Guilliman–who he is at his core. Nurgle’s diseased tendrils reach out, seeking to corrupt this world, seeking to claim it for the ruinous powers. It casts the fight in a new light.

It’s not just a battle to protect the imperium. It’s a battle that pits the philosophy of Guilliman (who is leading the charge) against the new, emboldened forces of Chaos. Will corruption come at any cost, or will Guilliman protect his father’s legacy and in so doing, set yet another shining example for the rest of the galaxy, still dwelling in the grim darkness of the 41st millennium.

And then of course there’s the Xenos, who heard that everyone was fighting over “Connor” and then they traveled over to the MacLeod system. One day they’ll get to sit at the grownup’s table, but that day is not today.