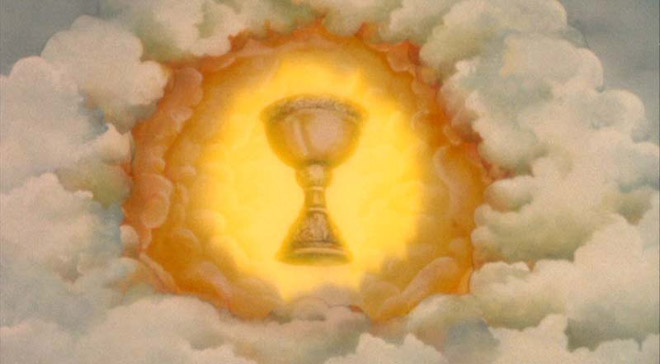 Today Loremasters, we look at a valiant warrior who has fought to the last on Baal.

As you may have seen, recently a horrific battle was fought on the shores of the “paradise” world Baal. In honor of that battle, let us take a look at the life and times of Brother Corbulo, a man who shall be remembered for his heroism in the face of utter desolation.

Corbulo is the Sanguinary High Priest of the Blood Angels. It is his duty to guard the Red Grail, the holy cup which was used to preserve the blood of Sanguinius after he was slain. It is from this cup that the assembled Sanguinary Priests drink as part of the ritual of initiating a new Sanguinary Priest. 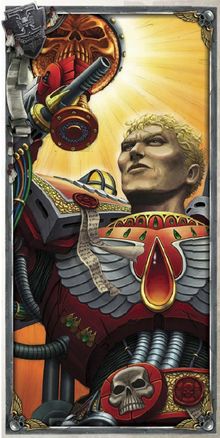 Corbulo resembles the Primarch of the Blood Angels, Sanguinius both physically and spiritually. He has become determined to cure the Blood Angels and their successors of the Red Thirst, a quest that has taken him across the galaxy in search of wonders from the Dark Age of Technology. In addition, he shares Sanginius’s foresight and has limited abilities in Divination. However while this gift is sometimes used to the Chapter’s advantage in battle, he is most focused on researching a cure to his chapter’s affliction. 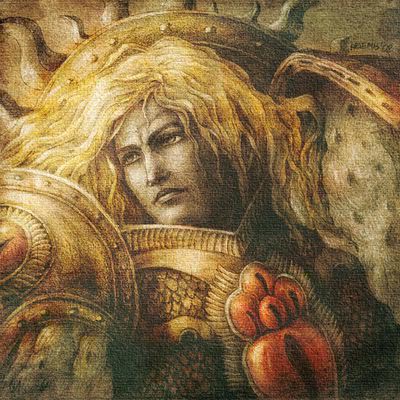 Their affliction is being born with it. No Maybelline needed.

Nonetheless, his skills have been put to good use by the Chapter in other fields. The reason the Blood Angels arrived so quickly to counter the Second War for Armageddon by the Ork Ghazghkull was due to his divination. Similarly, without his guidance the Blood Angels fleet would not have known the location of M’kar the Reborn‘s Daemonship as it entered the Baal system, perhaps saving the planet from destruction.

However these successes have not come without cost, for Corbulo has become more withdrawn, with some suspecting that he has foreseen a grave future for the Blood Angels.

Corbulo was present on Baal after the Arkio Insurrection. He participated in the council, along with Commander Dante and Chief Librarian Mephiston, when Dante decided to call a conclave of the Angels’ Successor Chapters. One of his subordinate Sanguinary Priests, Caecus, proposed the radical solution of using replicae (cloning) techniques to replace the Angels’ losses, but Dante disapproved of the plan.

When Captain Rydae of the Angels Sanguine was accidentally killed by Caecus, Corbulo began to examine him, but Chapter Master Sentikan held him back, preventing the dead Captain’s helmet from being removed. During the surprise attack by the Bloodfiends on the chapel of the Red Grail, Corbulo tried to stop their leader, the alpha, but was knocked aside and could not stop the fiend from draining its contents down its throat. He was, however, able to save the Grail from being stolen. Later, he fought alongside Dante and the other Space Marines when the Bloodfiends assaulted the Holy Sepulchre where Sanguinius‘s remains were interred. He is known for possessing a relic Chainsword named Heaven’s Teeth, which chews through the enemies of the Imperium.

Read more about the Blood Angels