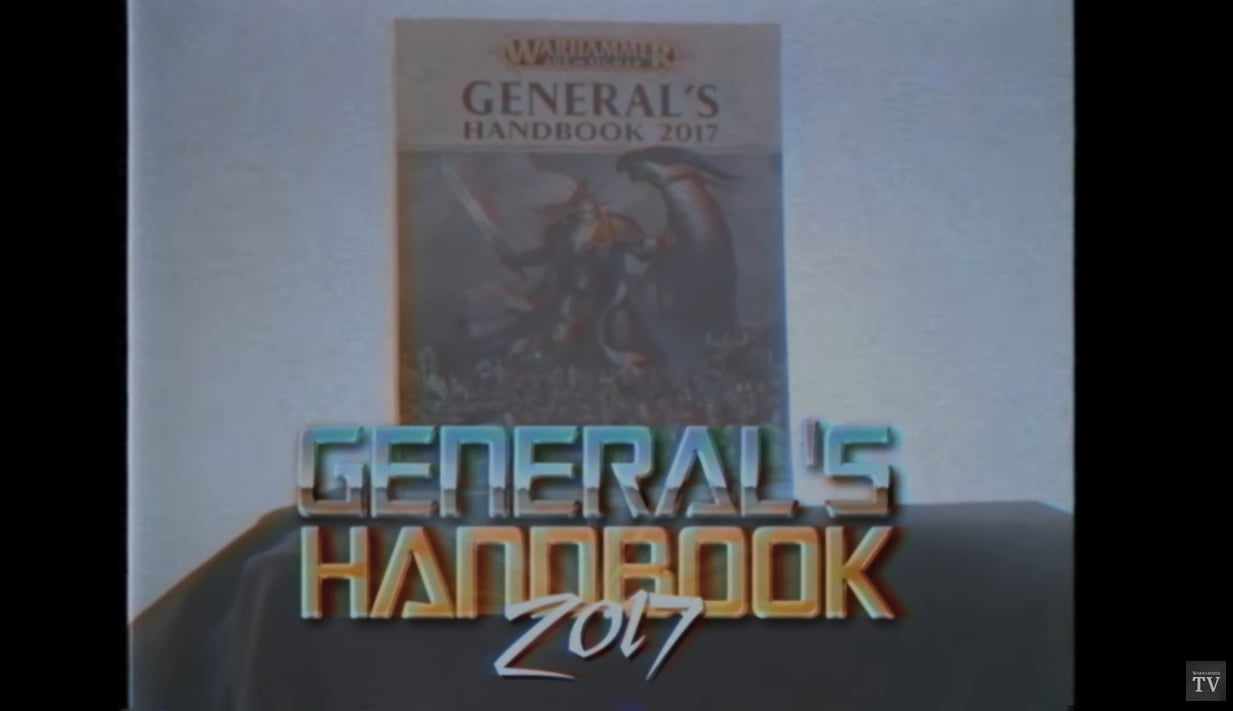 Games Workshop is teasing some of the changes coming for Age of Sigmar in the General’s Handbook 2017 – Allies are making a comeback in a new way!

The General’s Handbook was a game changer when it came out. The new 2017 edition is promising to be a game changer, again! Now, Games Workshop is teasing some of the new things that are going to come with the book and one of those big changes will be allies. 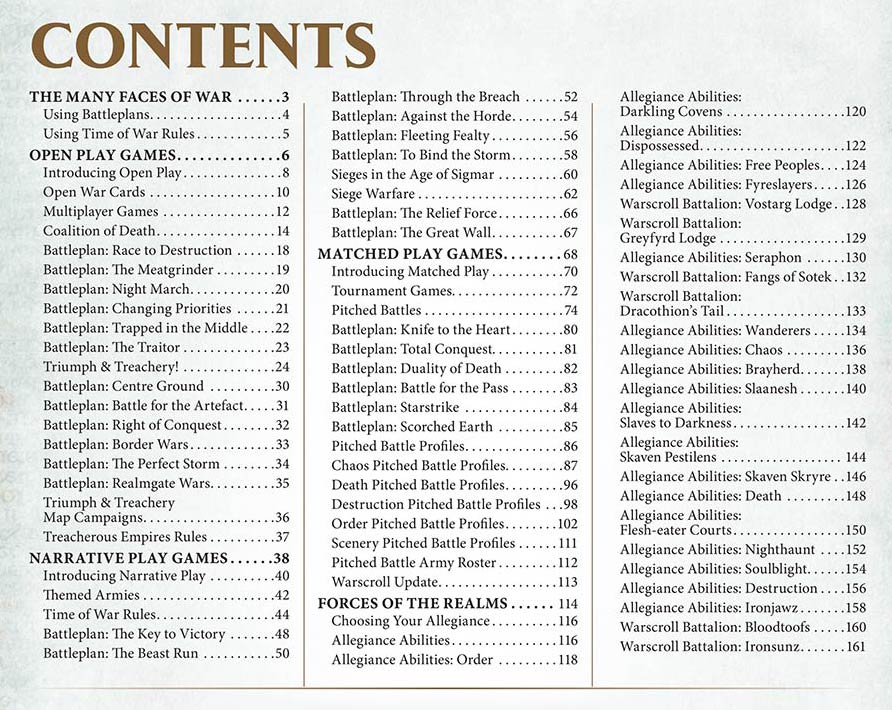 “That’s a lot of content – and nearly every single bit of it is new or updated. This isn’t just a new edition of the General’s Handbook, this is a completely new guide to gaming in the Mortal Realms – new ways to play, new Alliance Abilities, tonnes of new battleplans, allies, updated units and more.”

Before we get to the allies let’s break down the table of contents really quick:

The expanded Allegiance Abilities will probably play a bigger role with the upcoming allies changes to the game. As GW puts it:

“Allies are an exciting new addition to matched play games. We’ve all had that struggle when building our armies having to choose between focussing on one faction to take advantage of Allegiance Abilities and battleline units, or using the full Grand Alliance to get access to a wider selection of options. Each faction now has a list of other factions it can ally with, fitting the theme of each force; if your army is made up of the multitudinous hordes of the Clans Verminus, you can ally in the specialised troops of the other great clans, while the Deathlords can rule over any of the other Death factions (the clue’s in the name).”

So for the folks that were wondering, yes you can already take units from the same Grand Alliance as your faction, but these new Allies will work slightly differently. In fact there is a new chart (probably similar to an allies matrix) and an addition to the matched play chart:

“Allies are particularly useful in light of the new Allegiance Abilities. We’ll be going into these further with future previews, but armies like the Hosts of Slaanesh or the Dispossessed will be able to make full use of powerful unique skills while having a range of choices available when writing lists for matched play. Similarly, you’ll be able to combine powerful allegiance-specific battleline units with allies to make for focused lists made up of the models you want to play.”

Well that certainly sounds interesting. If you’re going to get to take your “main” faction and still get the benefit of your Allegiance Abilities and your allies abilities as well, then look out Matched Play Games! This could certainly change things up for Tournaments of AoS big time.

What do you think of these changes to Allies in AoS? Looking forward to it or are you concerned it might become a problem?