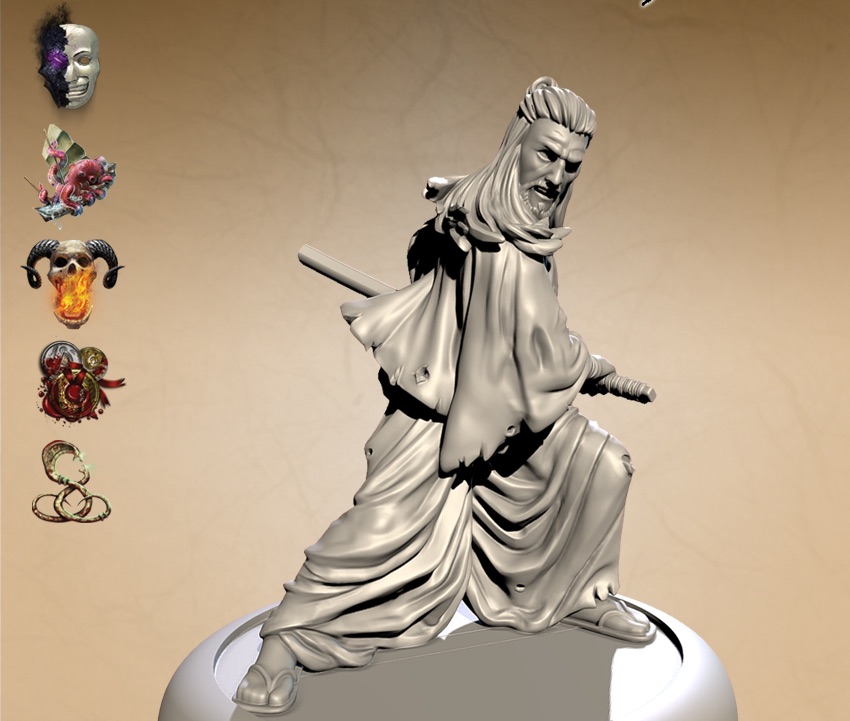 Take a look at the legendary brotherhood of Ronin, the Blood Brothers. Master swordsmen all, these hunted brothers depend on each other for survival.

Meet the Ronin of Bushido. The Blood Brothers are among the greatest swordsmen in all the land. They are also hounded mercilessly at every step. Only their loyalty to each other, and the love and devotion of loyal Baichi keep them going long after many others would be hunted down and slain. 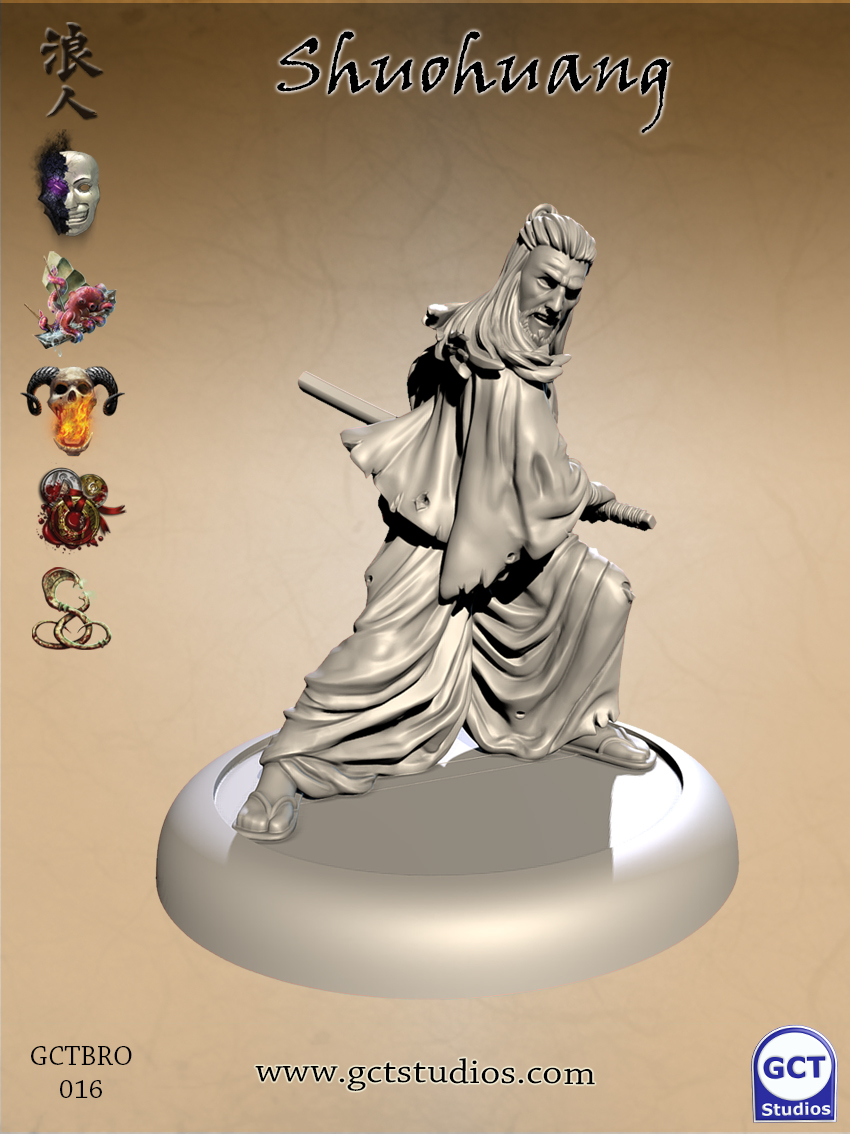 Shuohuang is considered one of the greatest swordsmen in the empire, he has surpassed all kenjutsu masters who ever taught him and any samurai with any skill with a blade will know his name. He is a living legend. Like his brothers though Shuohuang is tired from being chased across the empire, only his sheer doggedness and determination to live motivates him to go on. Many would like the scalp of Shuohuang, none have succeeded yet. 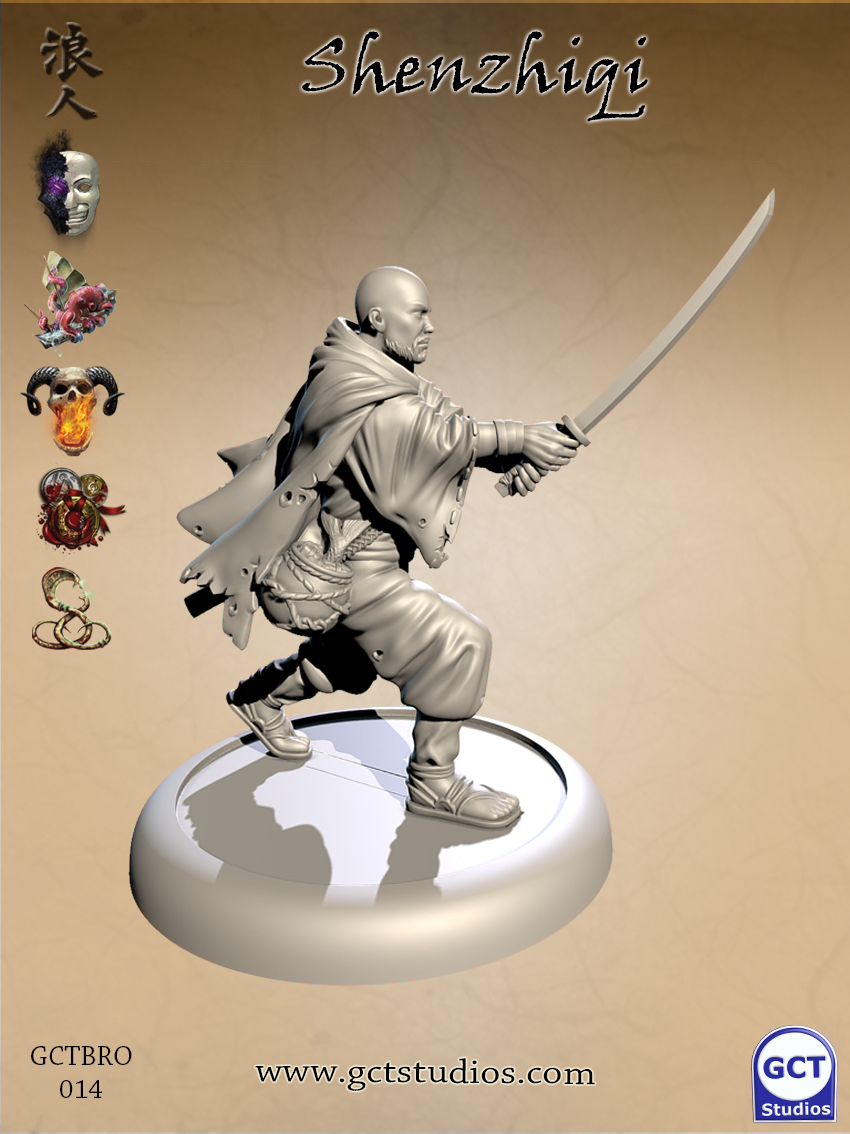 Shenzhiqi is the youngest of the three and in honesty without his brothers he would have fallen or been captured moons ago. That said he is as important to them as they are to him, together they push each other to greater feats and when fighting alongside each other they become a seemingly unstoppable force. Where Ying-Jian has foregone some of the niceties of their upbringing Shenzhiqi has somehow managed to maintained his moral compass. 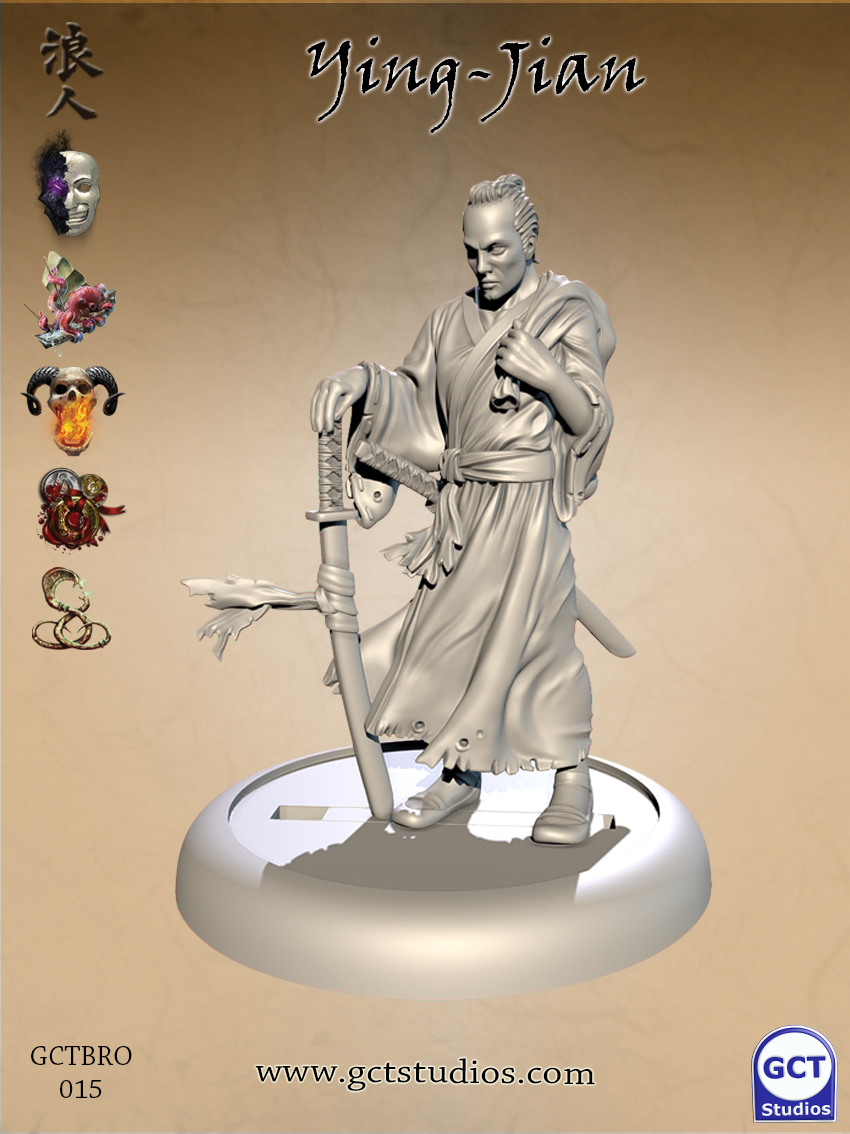 Ying-Jian is the eldest of the three brothers and naturally Shuohuang and Shenzhiqi look to him for leadership. At a nod from Ying-Jian the three operate in unison. He has always been an able swordsman however years of being on the run, hunted down, have worn away at his honour as much as his constitution. He has developed skills and techniques not taught in any koryu, but earned doing whatever it takes to survive. 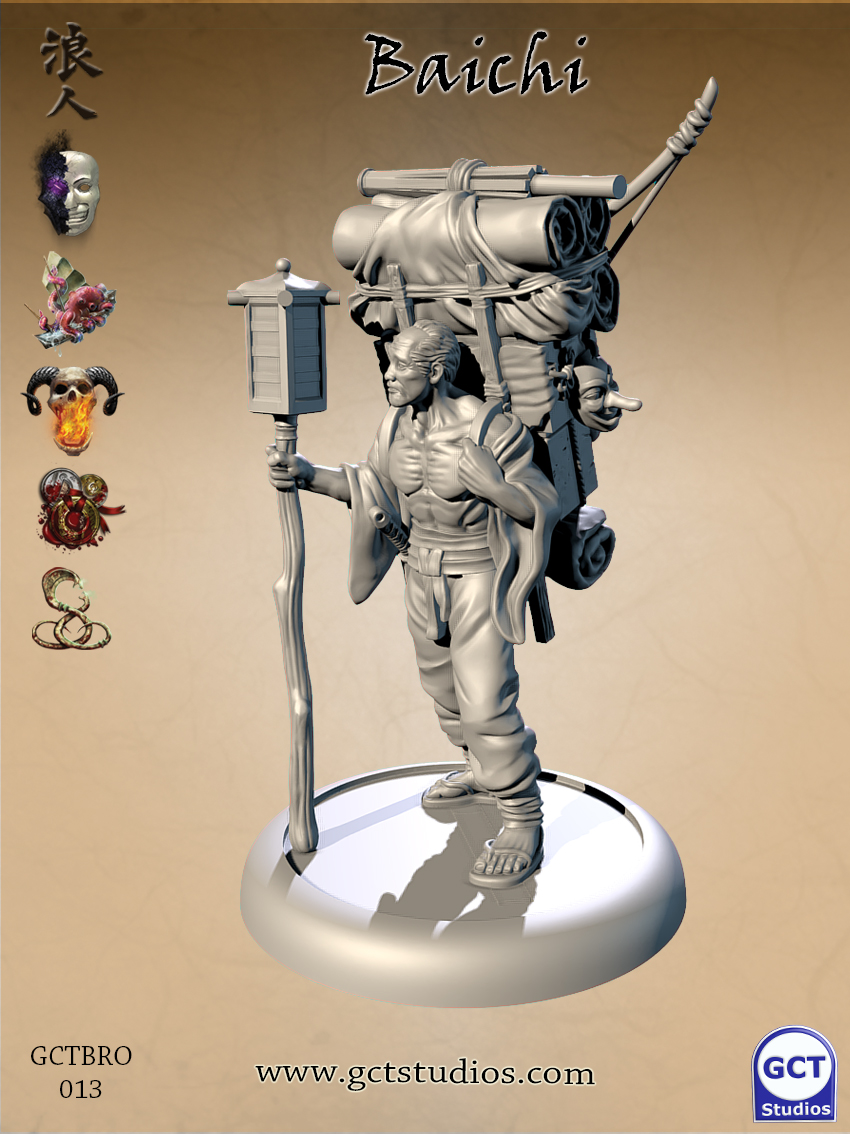 Baichi lives to support the brothers. Where others may have slunk off into the night he has been steadfast in his loyalty and devotion. He is vital for their cause and the brother’s know it, many a time he has allowed them to achieve unexpected feats on the battlefield. His importance is such that even his master Shenzhiqi will throw his body on the line in order to protect him and keep the supply lines open.