Arkham Horror the Card Game gets an FAQ and Rules Errata from Fantasy Flight Games!

Facing the horrors in Arkham can be pretty difficult. But they can be down right impossible when a few things don’t work quite as intended. Thankfully the fine folks at Fantasy Flight Games have put together a new rules FAQ and Errata a few cards so they will work as intended! You can download the full FAQ HERE.

But let’s take a look at few of those changes right now! 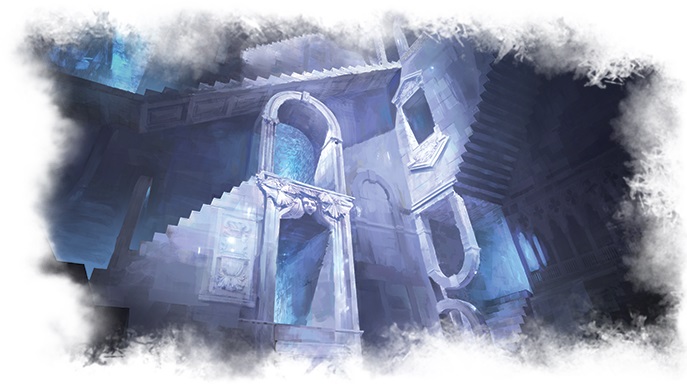 The problem with Lucky Dice was that it all came down to a timing issue. Because the effect is an “After…” instead of an “When…” or “If…” effect, the card could be used to ignore all the chaos token modifiers and yet be completely useless vs certain treachery cards. The new version fixes the timing issue and prevents it from being too powerful in most cases, and useless in others. 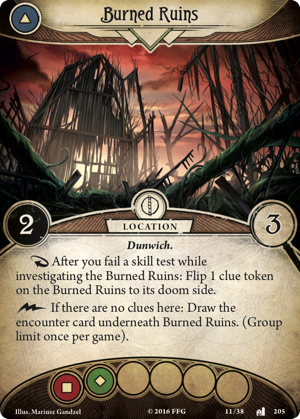 Burned Ruins got a slight tweak as well. The errata changed the card’s Reaction ability to a Forced ability. The designers explain that it was always meant to be a mandatory effect and not an optional one.

Blood On The Altar Errata

We have also issued an errata to one of the resolutions for Blood on the Altar. This additional line of text won’t matter for many campaigns, but it ensures that investigators won’t get stuck when they flip to Act 1b of Undimensioned and Unseen.

These were the biggest 3 erratas in the new FAQ. If you’re a fan of the game like I am, you’ll want to go back over the FAQ as they do a great job of explaining some of the finer details. They also have a lot of examples of how things work which helps players like me out tremendously! If you want to learn more about the FAQ and Errata, then be sure to read all the developer comments HERE.

And if you’re also like me you’ve been waiting for the final Mythos Pack for The Dunwich Legacy cycle. Well the wait is almost over! Lost in Time and Space hits retailer shelves next Thursday, July 6th!

Lost in Time and Space 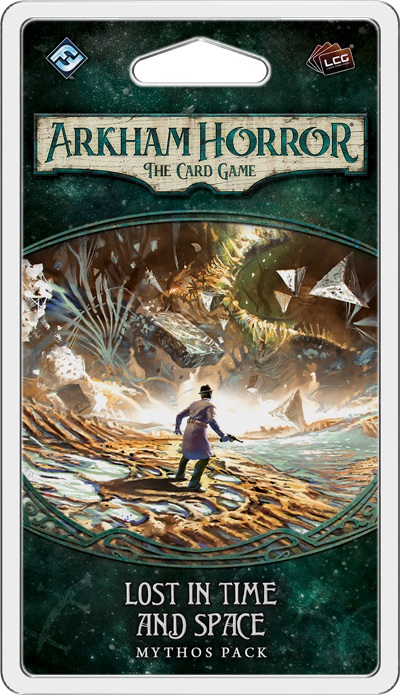 At the end of The Dunwich Legacy cycle, and near the end of your path to abject madness, Lost in Time and Space is the climactic sixth Mythos Pack in the first full-length Arkham Horror: The Card Game campaign!

Nothing can prepare you for what you’ll discover at the cycle’s end. As your world dissolves into pathways of sound and color that extend for an eternity in all directions, the lines between objects grow jagged, shifting. Your skin starts to crawl, feeling as though it’s turning inside out. Somehow, you must find your way across this foreboding alien landscape. And, somehow, you know you’re not entirely alone…

Lost in Time and Space introduces a new scenario full to bursting with otherworldly chaos, non-Euclidean geometry, and menacing, extra-dimensional entities possessed of incomprehensible powers. You’ll find player cards strong enough that you just might have a chance to survive. And for those who play it as the capstone of The Dunwich Legacy campaign, the scenario’s also littered with effects that call back to the decisions you’ve made. It is an adventure, a reckoning, and a descent into madness.

I can’t wait to get my hands on the final pack so I can finally get to the conclusion of this story-arc!