Kickstarting Soon – Your Chance to be Master of the Galaxy

A new 4x Board Game is coming to Kickstarter shortly. Get ready to eXplore, eXpand, eXploit, and eXterminate.

Courtesy of the folks at Ares Games and Igrology, we have a sneak preview of the upcoming Master of the Galaxy, a 4X style board game (no doubt inspired by classics like Master of Orion). The whole premise of the game is to conquer the galaxy ahead of your rivals, each one an elder race of the galaxy. Let’s take a look! 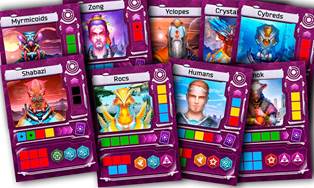 In “Master of the Galaxy”, nine Elder Races are expanding through space, ready to assimilate or exterminate anybody who stands in their way. Players are challenged to conquer the Galaxy, starting with one star system, one Species card and a modest supply of resources. Using at its core a “bag-building” mechanic, players will collect new resources to fuel their expansion and development to suit their strategy. Players can choose different ways to dominate the Galaxy – trying to quickly spread their people across the stars, developing science to a level unreachable by the opponents, or embarking themselves on a methodical extermination of the rivals. 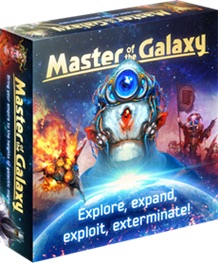 Inspired by classic science-fiction, movies, and computer games, Master of the Galaxy uses a unique and innovative blend of bag-building, card-drafting and tech-tree development mechanics, in a colorful setting. Two to four players can play, and a complete game requires 30 to 45 minutes per player. The game can be tried in a digital version available on Tabletopia, and the first video preview of the game was already published on Marco Wargame YouTube channel.

For more information about Master of the Galaxy and the Kickstarter campaign, be sure and check out the game’s Facebook page.They’ve got giveaways going as they ramp up to their Kickstarter campaign, so if this is the sort of game that looks like your cup of tea, then you’ll want to follow that link for your chance to win big.

And as one last treat, we’ve got a peek at one of the races they’ve unveiled–the Shabazi. 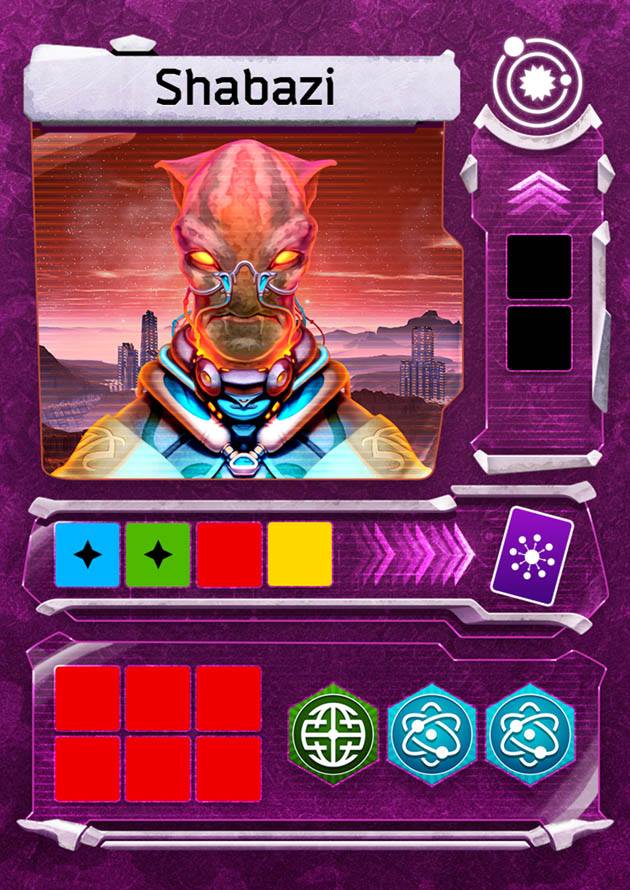 Shabazi are one of the eldest species in the Galaxy – their ancestral planet is now orbiting around a dying red giant, and life there is only possible because of their advanced technology. Once a feral race of feline humanoids, they are now a sophisticated people: millions of years of civilization turned Shabazi’s bureaucracy (a hindrance for expansion of most species!) into a refined art, that helps them to achieve maximum results with minimum effort. They careful balance their resources to achieve new technological goals, as the minimum imbalance might prove the downfall of their ancient homeland. Their military is impressive, but their efforts to develop advanced new weapons are mostly meant for them to intimidate their enemies and achieve new technological breakthroughs, rather than as a tool for military aggression.

Still, their ancient feral instincts are deeply ingrained in the darkest recesses of their brains, and from time to time need to be released, both on an individual level – as proved by their brutal and often deadly mating rituals – and on a collective level. The Shabazi rarely started interplanetary wars, preferring to work on the new inventions and discoveries they need to make life in their home system possible, despite its collapsing sun- but when the Shabazi go to war, the only outcome they consider is total subjugation of their opponent, or its extinction.