There’s a lot of info and rumors out there about the upcoming Space Marines. We can almost see the entire release.

Today we are going to weave together all the official pictures and info from GW with the rumors out there to get an idea of what is coming in the month ahead for Space Marines.

First up – this release is about the Primaris Marine range. Just as we saw with Stormcast Eternals, the Primaris range is the new poster children for 8th Edition. GW has shown us glimpses of tons of Primaris models and outside of the codex, not a single “normal” Space Marine mini.

We know this guy is coming and GW even told us what’s in it.

This looks a lot like the contents of an Age of Sigmar battletome. The things I’m most looking forward to are the new Strategems. It will be interesting to see if these are generic for all marines, or if there will be some for specific chapters. This should include all the datasheets we’ve already seen for the default marine lists and the chapters who don’t get their own Codex – plus the sexy new units. If the rumors are correct, I would expect to see larger versions of the Primaris unit datasheets with additional codex options included. 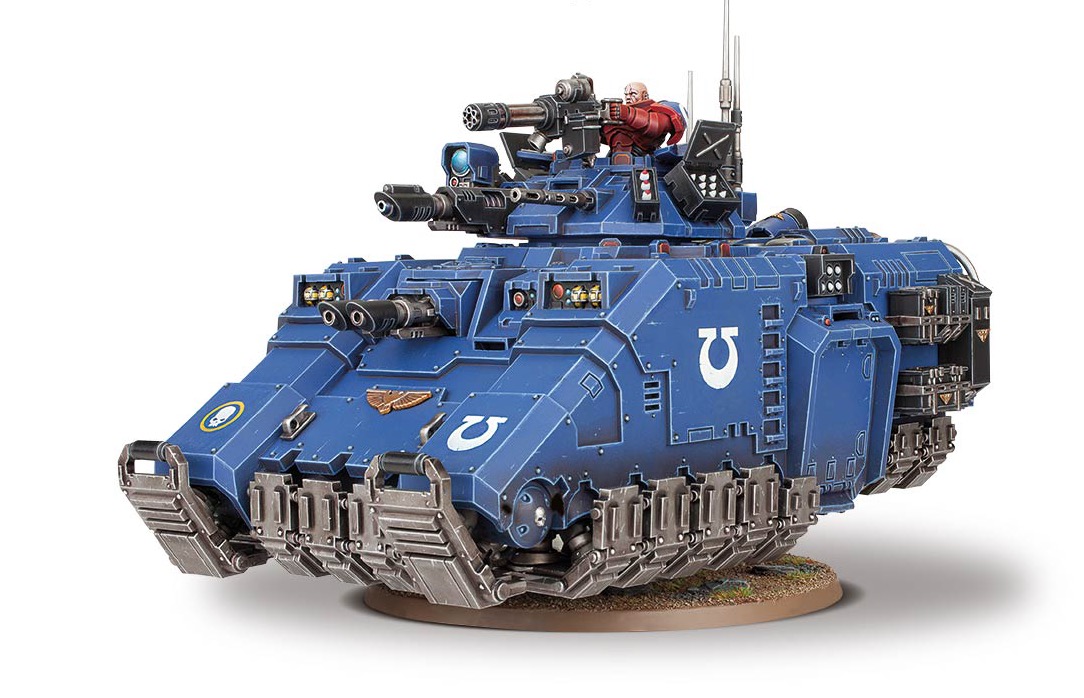 We’ve already seen a lot of the new units and I think we should assume GW will make full boxed sets for every unit type we’ve already gotten Easy-build versions of.

That is already a TON of kits and a major new faction release for GW. Here’s the missing kits the rumors and hints point to: 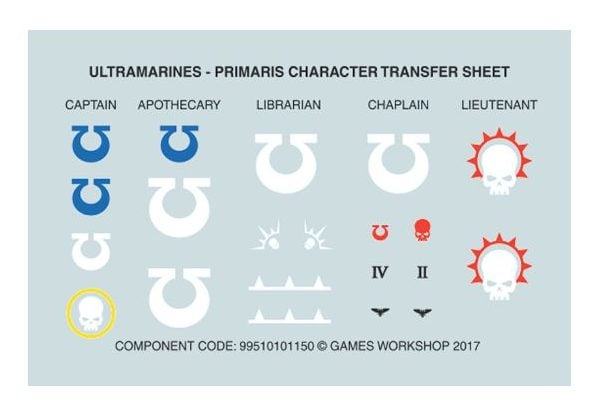 This decal sheet clearly points to an unseen but rumored: 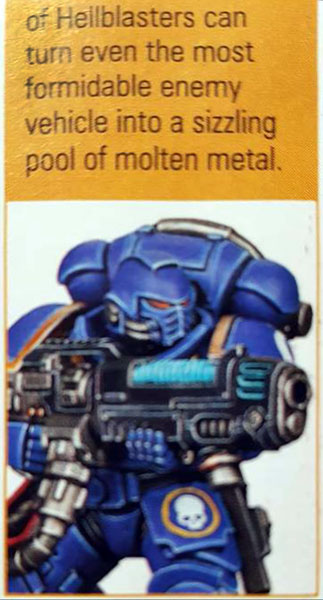 This picture’s Hellblaster weapon variant supports the earlier rumors that the main Primaris units would be receiving standalone kits with more weapon options:

The Support – Firepower Unit. Rumors pointed to one final unit that is a Primaris version of a terminator-centurion. Something bulky and loaded down with weapons.  The descriptions described them as having twin arm weapons a la Inceptors/centurions and something additional top mounted – similar to a Terminator Cyclone launcher.

That would be 13 kits, not counting the quick assembly models and the codex. All in all a very large release.  GW has said the codex is due in July, so I would expect all these minis to be out in the next 2-4 weeks.

~The big question is – would you run a hybrid existing-Primaris marine army, or go all-Primaris?