Pathfinder: Last Day to be a Kingmaker

The Kickstarter for Pathfinder: Kingmaker took off in a big way. Now it’s closing with a bang.

Pathfinder: Kingmaker is the CRPG adaptation of the beloved Kingmaker adventure Path for Pathfinder (as you might have guessed from the name). It’s enjoyed a successful Kickstarter campaign, blowing past its $500,000 goal. Now, in the final 30ish hours of its Kickstarter campaign, they’re making one last big push. At press time, they were closing in on the stretch goal of adding at least three archetypes/alternate class features to each class, having already successfully unlocked an extra chapter of story and the opportunity to sit and talk with your party. 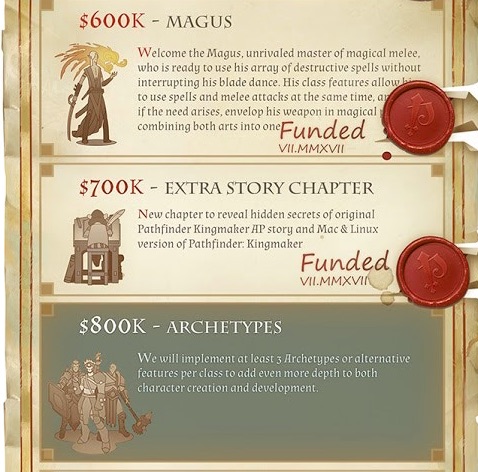 Whether you’re new to the Pathfinder® universe or you’re a seasoned veteran, Pathfinder: Kingmaker® is the CRPG you’ve been waiting for.

Here at Owlcat Games, we love and are inspired by classic isometric computer RPGs like Baldur’s Gate, Fallout and Arcanum. Our dream is to rekindle the thrill of playing those games for the first time. Building your hero, exploring the unknown, getting to know your companions, experiencing the adrenaline rush of your first battle (and your last), delving into mysterious dungeons, and—most importantly—seeing your protagonist and your world change through your actions. 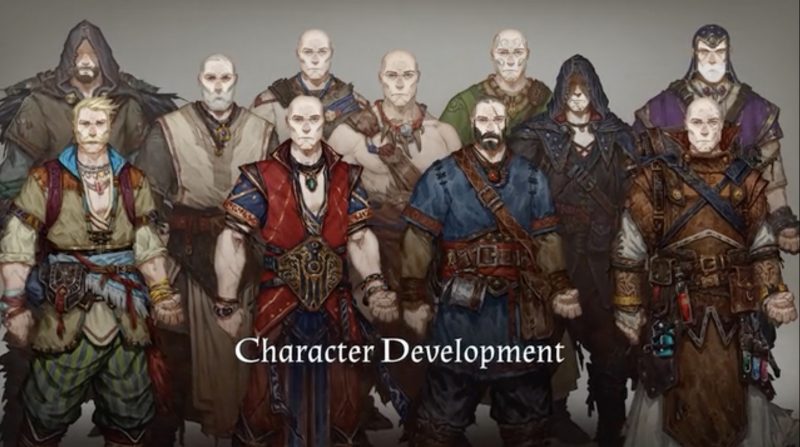 Pathfinder: Kingmaker is the first single-player computer RPG based on the acclaimed Pathfinder Roleplaying Game. The game invites players to Golarion, a world rich with history, mystery, and conflict, and gives players the chance to claim part of this world as their own.

Pathfinder has considerable depth, not only in its lore, but also in its game mechanics, and in the freedom it offers you to develop your own unique character. You can customize your character with a wide range of classes and powers including specialized archetypes, powerful arcane and divine spells, choosing from a multitude of class abilities, skills and feats. Pathfinder allows players to create heroes (or villains) that fit both their individual gameplay styles and their personalities.

We chose to adapt the Kingmaker adventure path because it features a host of open-world mechanics, allowing players to experience the story at their own pace as they explore the Stolen Lands, which will challenge you as both an adventurer and a ruler.

Most importantly, the game allows you to claim these lands as your own, letting you carve your own kingdom from the wilderness. While classic dungeon crawling and exploration lie at the heart of this adventure, diplomacy, politics, and the ability to lead troops in the field are also part of the challenge. Choose your allies well, and keep them close while exploring ancient tombs and ruins—and while dealing with politics in your own court. 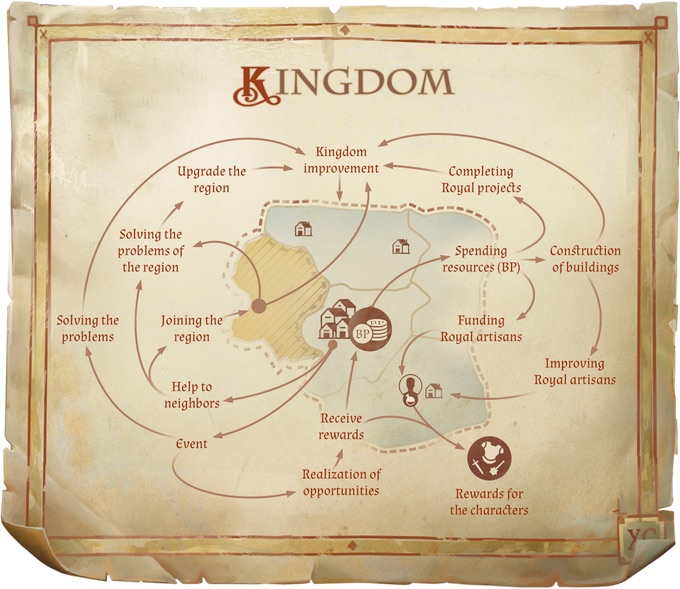 As you’ll discover, building a kingdom goes beyond simply building a stronghold: Your kingdom is a reflection of your character and your choices throughout the game. It is a living thing shaped by your alignment, your allies, and your ability to lead your people. Not only can your kingdom expand, opening up new territories and allowing you to build new towns and communities, but your capital city will physically change based on your decisions, your policies, and even whom you choose to ally with. As your kingdom grows, a number of factions and neighboring countries will come to you to seek favor—and to test your strength.

If you fail, your kingdom will be destroyed, but if you succeed, you’ll have made a nation where countless others have failed.

Your kingdom awaits! Do you have the strength to rule it?