Misspent Youth: Sell Out with Me – Final Days 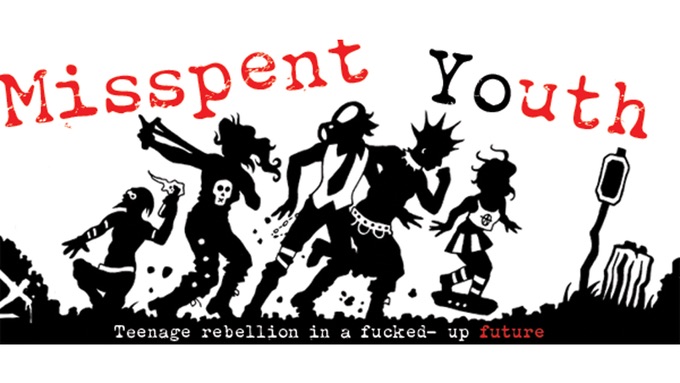 Revolt against the Authority with your fellow punks, rebels, and ne’er do wells in Misspent Youth.

Grab some spray paint. Prepare to deface the monuments to authority. Grab your headphones and crank the jams all the way up. Get pulled into the world of Misspent Youth, a game of friendship, bullies, and changing the world. If you liked Hackers or Clockwork Orange or the Hunger Games (but always thought, hey this could use a little more friendship and fun) then you are ripe to dive into Misspent Youth. It’s a Roleplaying game where you and your fellow YO’s (youthful offenders) are the only ones standing up to an oppressive Authority.

What are you rebelling against? What do you got? No seriously–you and your friends will work together to create the Authority that your characters will be rebelling against. Yeah. And then you help build out the world and what the heck are you even doing still reading this. You should be cutting your hair into a mohawk and tearing up your pants. You should at the very least be wearing rollerblades. Okay? Good. You can try version 1.1 of the game RIGHT NOW.

It’s one of the more inventive games I’ve played in a while–it captures the themes of rebellion, teenage angst, but then also friendship and heart and it blends them so well–this game is more cyberpunk than most cyberpunk games. It’s got the attitude down PAT. And if that’s not enough, you can also watch these videos of Geniuses and Heroes Kelly Sue DeConnick and Matt Fraction playing the game with none other than TV’s Wil Hwheaton. 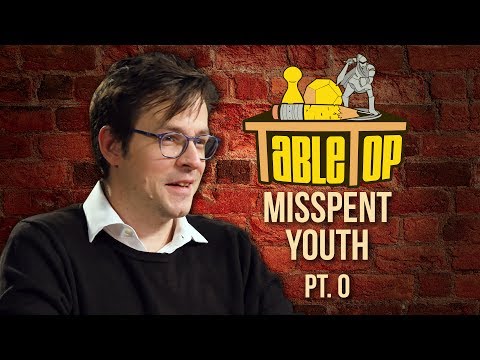 All this is a big prelude to the fact that we’re in the final two days of the Kickstarter for Misspent Youth: Sell Out With Me. This is a Campaign/Hack book for the game, containing whole multiverses worth of new worlds and TWO hacks for the game that help recast it in terms of a band making music for Love–or a bunch of old folks who are the only ones who can fix the mess the world is. If they can pull themselves out of Retirement first that is. Which if that sounds like the premise for a hit movie starring Bruce Willis, Helen Mirren, Morgan Freeman, and John Malkovitch, then you saw one of the best movies of 2010. For everyone else there’s this trailer. 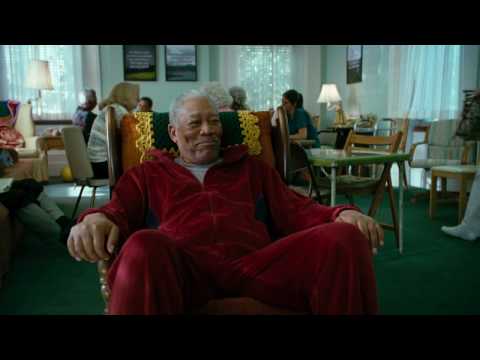 At any rate, the campaign is nearing a close–it’s already succeeded, but this is YOUR chance to get in on some really sweet backer rewards and to pick up this game. Help its author, Robert Bohl, sell out.

Misspent Youth is a tabletop RPG about friendship, standing up to bullies, and changing the world. The game is for 4 to 6 people, one of whom plays The Authority, the force that’s making the world a shitty place to live. The others all play Youthful Offenders (YOs), the only ones who can redeem the future from this pack of assholes trying to fuck it up.

When you’re running a Kickstarter, the name of the game is making so much money that you can make a Scrooge-McDuck-like swan dive into mountains of jewels and coins (no matter how much that may hurt). In order to make that dream a reality, I’ve gathered a bunch of my friends together and asked them to Sell Out with Me. Misspent Youth: Sell Out with Me is a supplement for Misspent Youth featuring additional worlds and rules hacks.

The book has a multiverse’s worth of new settings. Each includes The Authority, the Dystopia, and the YOs. These writers showcase the kinds of things you can make with those systems: We got space, we got fantasy, we got historical drama, we got uplifted animals, we got the real fucking world, and of course, it wouldn’t be an RPG supplement without your standard black and white world where you are the only ones who can bring color to it. 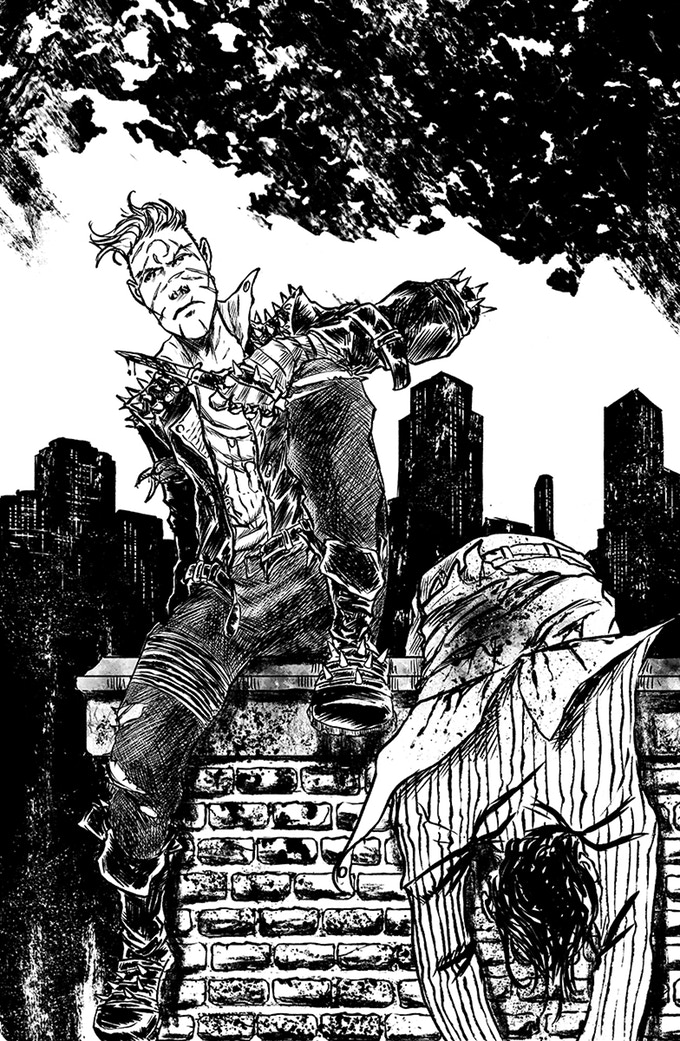 And if that weren’t enough, we’ve got two hacks of the game. These are complete minigames based on Misspent Youth, but with their own unique twists. You can play out the story of a band making music for Love, or a bunch of bitter Old Fucks who have to drag their carcasses out of retirement to fix a world gone (back) to hell.

Not only that, we have these amazing artists!

Here’s how Misspent Youth works: First you create the evil Authority as a group, then you create your characters together. At the start of each episode, you ask questions about the friendship between the characters, then you make up some villains for The Authority to employ in fucking up your lives. Each episode has a seven-scene structure which, in every complete session, gives you a story with a beginning, middle, and end. 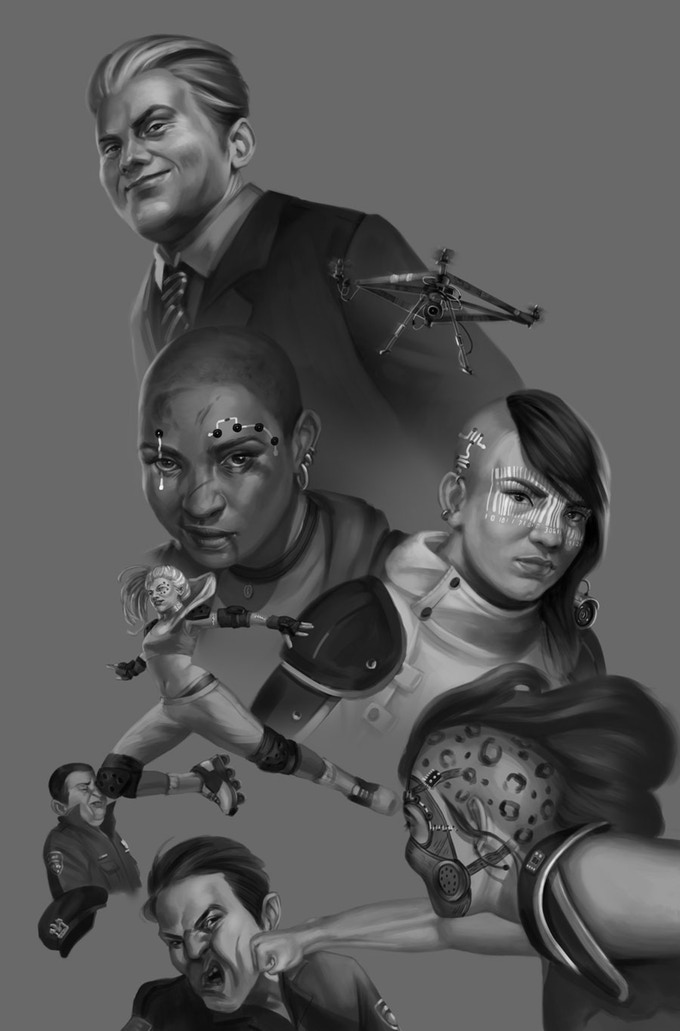 When it comes to the place in each scene where The Authority tries to stomp you in the face with its massive, fuck-off boot, you have a Struggle. In a Struggle, you attempt to achieve your group’s hope without letting The Authority get her objective. As you throw dice in a craps-like system, you can win it all for your side or fuck up your hopes for all your friends. But not to worry, if you roll a loss, you can sell out one of your convictions! You describe doing something so vile, heinous, and Authority-like that your friends are horrified with you. You win it for your side but now you’re permanently more like The Authority!

Once the first YO has sold out every conviction, that’s the last episode of the series. In each episode, you have the chance to change the world to make it a better place to live. If the last episode of the series ends and you haven’t changed the world enough, a catastrophe that the group authors at the start of the game comes to pass, and it’s your clique’s fault for failing to stop it. But if you beat The Authority, you can fix the world.

Sell out today, save the world tomorrow!

As of this writing the campaign was 300% funded. There are still two days left, get in while you can!

Time to go get something pierced and learn how to do graffiti, I guess.