We’ve got our copy of the Codex: Space Marine and we’re taking a tour of the contents!

The first codex for 8th Edition will be hitting shelves this weekend and we’ve got our copy on hand to show-up some of the cool things you can expect to find for the Space Marines:

Now, we run through a lot of those things in the video but we don’t go page-by-page. However, I will say that having the entire codex does help us to verify/correct some of the assumptions we had to make based on the info we gleaned from Games Workshop last week.

Chapter Tactics only work for Battle-forged armies and only applies to Infantry, Bikers, and Dreadnought units. So if you were worried about Raven Guard with Stormravens flying around and being -2 to hit, you can breathe easier.

Another interesting thing is confirmed as well and that is successor Chapters (like the Crimson Fists) can use their founding Chapter Tactics. This makes things like Bolter Drill make a lot more sense: 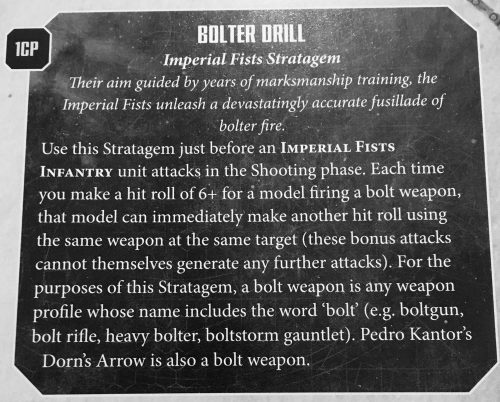 “How can Pedro Kantor use this ability when he’s not an Imperial Fist Infantry?” Because not only can he use their Chapter Tactic, he can also use their unique Stratagem as well:

This is great news for anyone that created their own chapter or successor chapter – You can still choose to customize your personal chapter based on their founding chapter! 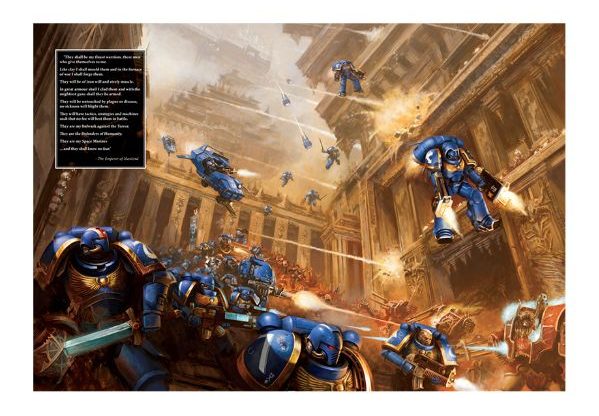 In terms of layout, Codex Space Marine paints a pretty vivid picture of what Games Workshop has in store for the rest of the books. We’re going to be seeing a ton of background and lore – and new info as the universe has aged a few decades (or hundreds of years – timelines are weird sometimes). We also get a hint that Games Workshop is taking those Sub-factions seriously by dedicating lots of space in the book to talking about them. After most of the background, each unit/unit type in the book also gets a nod in the book as well. The Close Support Squad section, for example, covers Bikes and Land Speeders. The Fire Support Squad Section covers new units like the Hellblasters, Aggressors and older units like Deveastators and Centurions. These sections are where you can learn the use and history of some of these units and it’s a great place to get lost in.

Each named Character also gets their time in the spot light with a full page spread and artwork on the page. These pages catch you up their history and what they have been up to in 8th edition (so far). A lot of this background is new or updated so it’s worth a look even if you’re an old vet! Next up we get the obligatory Miniatures Spread which is appreciated and inspiring. There are a couple of units we spotted that aren’t available yet – but are coming soon from Games Workshop. The Chaplain, Apothecary, and Repulsor Tank for example. 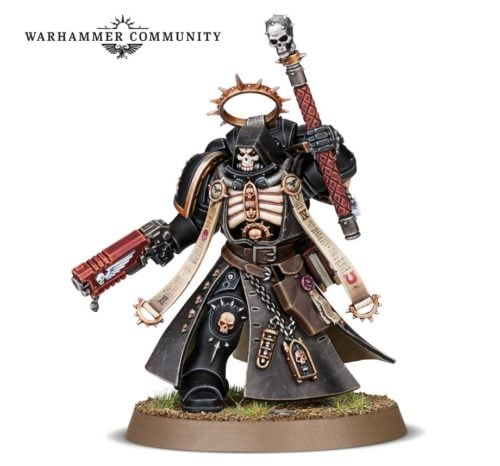 All of that is just the first 1/2 of the book – the last half are all your rules and datasheets. Again, it’s 85 sheets for the Space Marines! That’s a TON of units and options to pack into the book. You’ll also get the full Space Marine Armory, wargear and of course POINTS for Matched Play. If the rest of the codexs follow this format, they should all be in good shape and pretty easy to use.

Codex Adeptus Astartes Space Marines has set the bar pretty high for the rest of the Codex release. I’m looking forward to what else GW has in store for the rest of the year with 9 more books planned before Christmas. I hope they can keep the quality up along with the pace – and based on what we’ve seen so far I think they will. Codex Space Marines hits store shelves this weekend!

The 41st Millennium is an age of war and darkness. The Imperium is assailed from all sides, but standing between civilisation and annihilation is a warrior brotherhood. Forged through forgotten science and strengthened by duty and training, they are the Angels of Death – the Space Marines – and they were made for battle. By their heroics does Humanity endure. They are few – there are but a thousand Chapters, numbering a thousand each – yet through bravery, consummate skill and unceasing dedication, they are sufficient. Space Marines launch thunderbolt strikes into the heart of the foe, battling constantly against overwhelming odds to ensure the continued survival of Mankind itself. 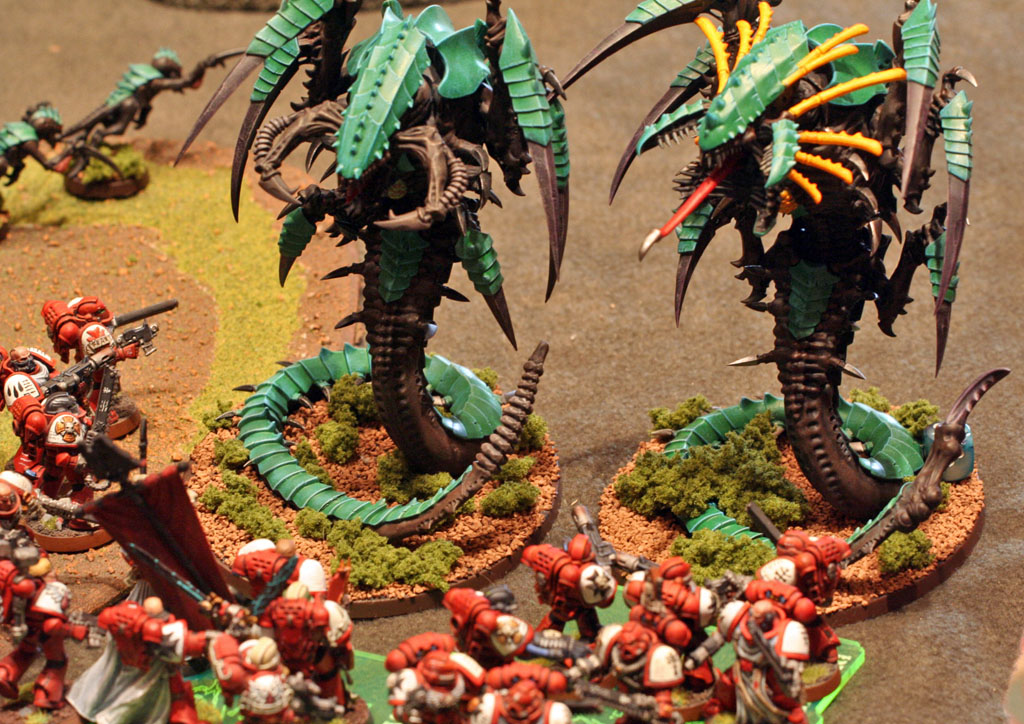