More details about the new Primaris Models, including some points to go with their rules.

Primaris Marines are the Primary focus of the upcoming new releases. Well, them and the Death Guard–but for now, we’ve already seen previews of the Primaris Captain, Primaris Librarian, and the skull-faced shock troops known as the Primaris Reivers. Well along with the pre-order preview of the primer came points for the new Primaris, as well as a few special rules for Librarians and Captains. 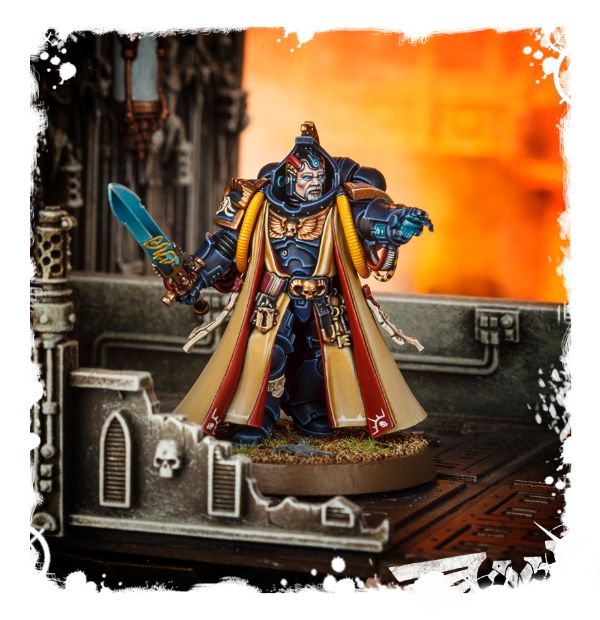 We’ve got the .pdf below, but let’s all take a moment to appreciate the (presumed) strength of will it has taken for them not to release a model called the Primaris Princeps as of yet. Although, GW, if you’re listening–that one’s free. You’re welcome.

As you can see Dark Angels Librarians gain Deathwing as a keyword and Unforgiven, Space Wolves Librarians get their special Tempestas disciplines.

This does illustrate one of the more complex things about 8th Edition. When you start mix and matching forces–since there aren’t any USRs anymore, you have to point out who gets what, and you have to come out and say it explicitly. Yes, of course it makes sense for a Dark Angel Primaris to be Dark Angel-y. But if you look at some of the recent FAQs, when you start mixing Militarum with Genestealer Cults, or Harlequins and Craftworld Eldar in Ynnari forces–there are a lot of components that you have to keep track of.

An app will help, but, this seems to be the place where many rules questions will pop up. For now.

Anyway, moving on, here we’ve got a look at how much these new units will cost. 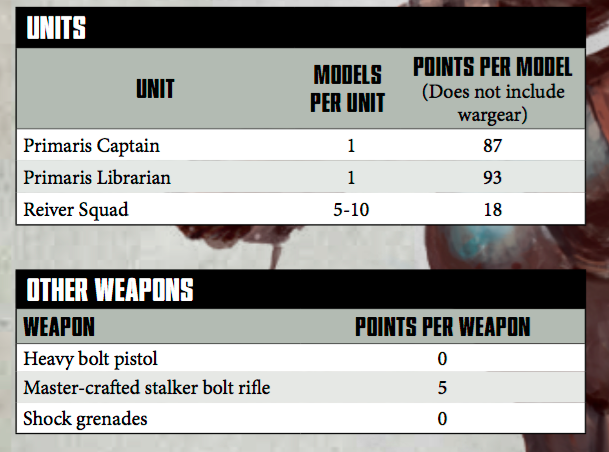 Not too bad. A full squad of 10 Reivers will cost you 180 points. I wouldn’t be surprised to see them carrying the Master-crafted Stalker bolt rifles (in addition to the Primaris Captain), given what we know about their role as ‘stealthy’ shock troops. Massive, sneaky skull-faced giants in bright-blue armo(u)r. Hey the bright blue paint just means they like a challenge.

And with Captains coming in at 87 and Librarians coming in at 93–you get some pretty good bang for your buck. We covered their rules in an earlier article, but the gist of it is, Primaris Libarians can manifest two powers and carry all the usual gear, Captains get the Master-crafted stalker bolt rifle (if they want) and an Iron Halo among other things–it’s good times. They can endure a lot of punishment–and dish out a fair amount themselves.

All in all, exciting stuff is in store for 40K.

Be sure and stay tuned this week for more news and a look at some of the other Starter Kits for 8th Edition!