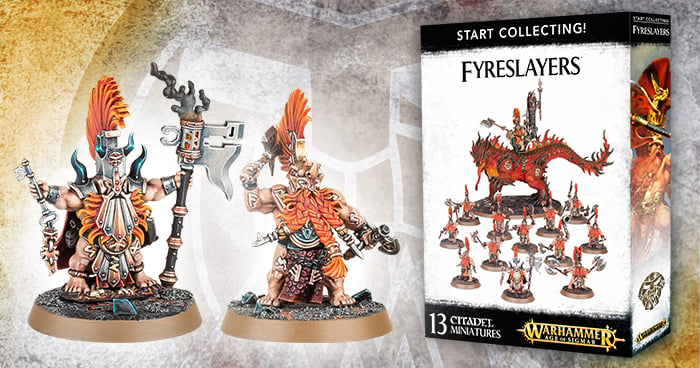 Three new Start Collecting sets have hit the shelves and we’re taking a look inside!

Games Workshop has three new Start Collecting boxes this week and our friends at Dragon’s Lair brought them over to take a look inside!

The Start Collecting bundles from Games Workshop have been a fantastic boon to the hobby for folks who want a simple starting point. On top of being everything you need to have a special battalion (so you can build and play immediately) these boxes are a super deal for anyone who’s interested in adding these models to their respective collection.

The Daemons of Slaanesh box in particular is a great deal because those models can be used for either AoS or 40k – it’s two armies in one (well, the battalion doesn’t quite work-out for 40k, but you get the idea). Now, these models aren’t all new – we’ve seen them all before but that doesn’t mean they are sub-par quality. These are all the same kits and quality you’d expect to find from Games Workshop – no cutting corners here. In the video Evan and I opened up the Beastclaw Raiders box and we can confirm, that the sprues inside are the exact ones you would have gotten if you purchased the kits individually.

But let’s talk hard numbers really quick. If you purchased the units in the Beastclaw Raiders box separately, you’d be paying $58 for the Frostord on the Stonehorn and $65 for the Mournfang Pack for a total of $123. That’s a significant savings and that’s just the numbers for ONE of these boxes. You do the math!

These boxes are great deals and come with perfectly acceptable starter armies for new players or great allied detachments to you’re existing armies. With game types like Path to Glory and Skirmish out there, now is a great time to pick one up and start a new army. These are available in stores now – so what are you waiting for!? 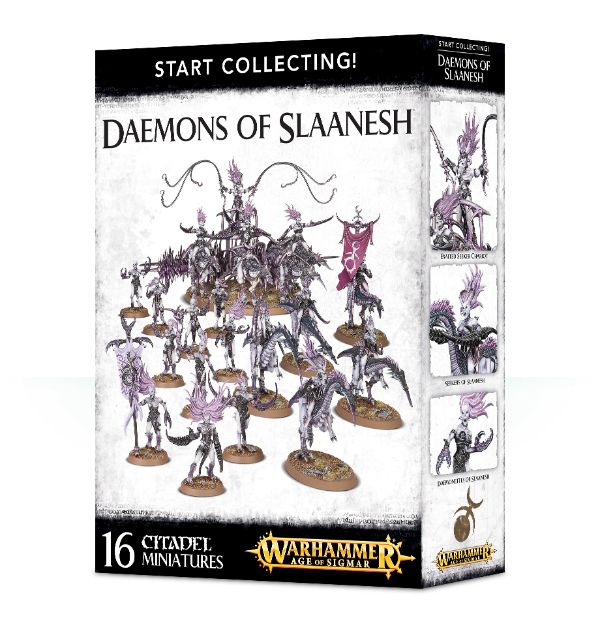 Mortals still indulge their desire and obsessions beyond all sense of decency, and glory in forbidden excess – and while such horrors persist, so too will the followers of Slaanesh. Where once the Dark Prince compelled his subjects to greater depths of depravity, his greater daemons now rule in his stead. Champions of Slaanesh, however, still grow in power, gaining dark blessings and gifts… This is a great-value box set that gives you an immediate collection of fantastic Daemons of Slaanesh miniatures, which you can assemble and use right away in games of Warhammer Age of Sigmar! You’ll receive:

Included in the box is an exclusive Warscroll Battalion rules sheet – Cavalcade of Excess – allowing you to collect, assemble and play with your new miniatures right away! 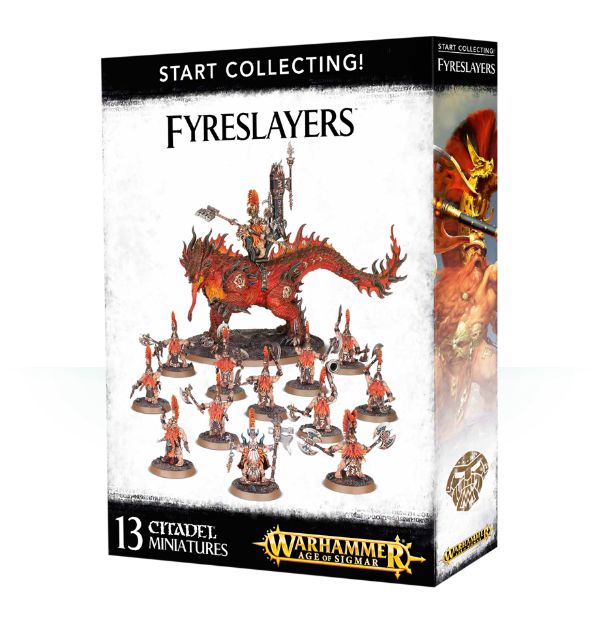 Charging into battle without hesitation, screaming war cries at a cowering foe while hefting enormous war-axes, the Fyreslayers are the descendants of the shattered warrior god Grimnir. They bear runes of shining ur-gold hammered into their flesh – ur-gold which, they believe, contains the very essence of Grimnir himself, giving the incredible strength for which they are notorious. Their fury in combat and unbreakable oaths are legend, and their axes are feared – berserk warriors born for war, the Fyreslayers burn with Grimnir’s fury!

This is a great-value box set that gives you an immediate collection of fantastic Fyreslayer miniatures, which you can assemble and use right away in games of Warhammer Age of Sigmar! You’ll receive:

Included in the box is an exclusive Warscroll Battalion rules sheet – Hajkarl’s Sons of Fortune – allowing you to collect, assemble and play with your new miniatures right away! 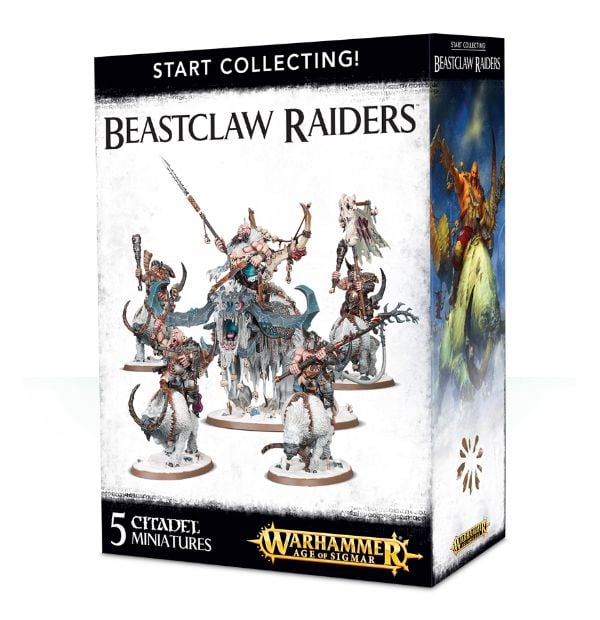 This is a great-value box set that gives you an immediate collection of fantastic Beastclaw Raiders miniatures, which you can assemble and use right away in games of Warhammer Age of Sigmar! You’ll receive:

– a Stonehorn – this can be assembled with a mounted Frostlord, Huskard or Beastriders, with chaintrap, frostspear and harpoon launchers as weapon options, or can be optionally assembled as a Thundertusk;
– a Mournfang Pack, made up of 4 ogors riding fearsome Mournfangs wielding a selection of ironlock pistols, culling clubs and prey hackers.

Included in the box is an exclusive Warscroll Battalion rules sheet – Loshar’s Frost Guard – allowing you to collect, assemble and play with your new miniatures right away!

If you’re looking for a launching point for any of these three armies – start here! 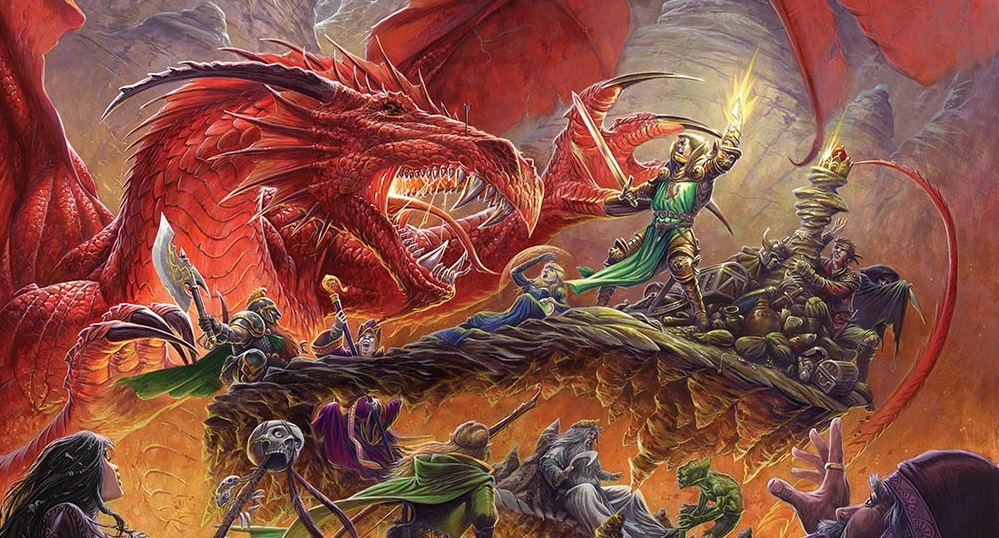