The Star is collapsing and escaping the system is the only option. Can you gather enough power to get to safety?

Our friends at Dragon’s Lair Comics & Fantasy brought over another fun “co-opetition” game. Sol: Last Days of a Star has you working together to get out of your dying system – but only one ship will make it!

Each player is racing to harvest enough power so that they can get to escape velocity of their dying star which is about to go super nova. There are five different factions players can assume the roll of and each one has a unique back story and mothership they are inhabiting. I really liked the simple concept of these 5 factions trying to come-up with their own way to escape – why aren’t they all working together to get out? Because everyone has their own idea on how best to do it and people like to argue, duh! 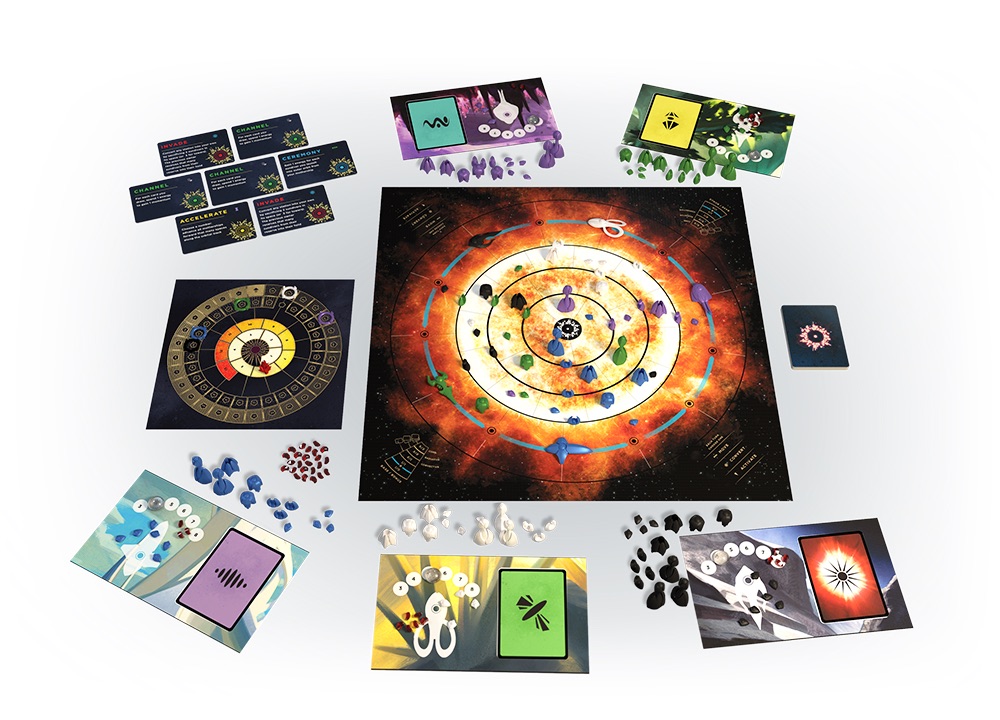 The game play does still have you working together in a strange way. There are different structures that players can build that cost resources. But you’ll need those resources to escape. The good news is you can use other players structures to help you out – but they ALSO get a bit of a boost. That’s what makes this so interesting: You have to balance your own resources and resource generation with these buildings. Just because you created a structure doesn’t mean players will use it, either! So while you can help each other out, that doesn’t mean people will help.

Aside from the game play, the board and components are all really well done. The art is a fun mix of abstract/minimalist as you can see above. Plus the board is just a really cool design – something about seeing a “star” that close is always captivating. Sol is a really interesting experience to play because at the end of the game, there can only be one ship that makes it – will your ship make it or will you sacrifice yourself so that others might escape the last days of a star?

Sol: Last Days of a Star 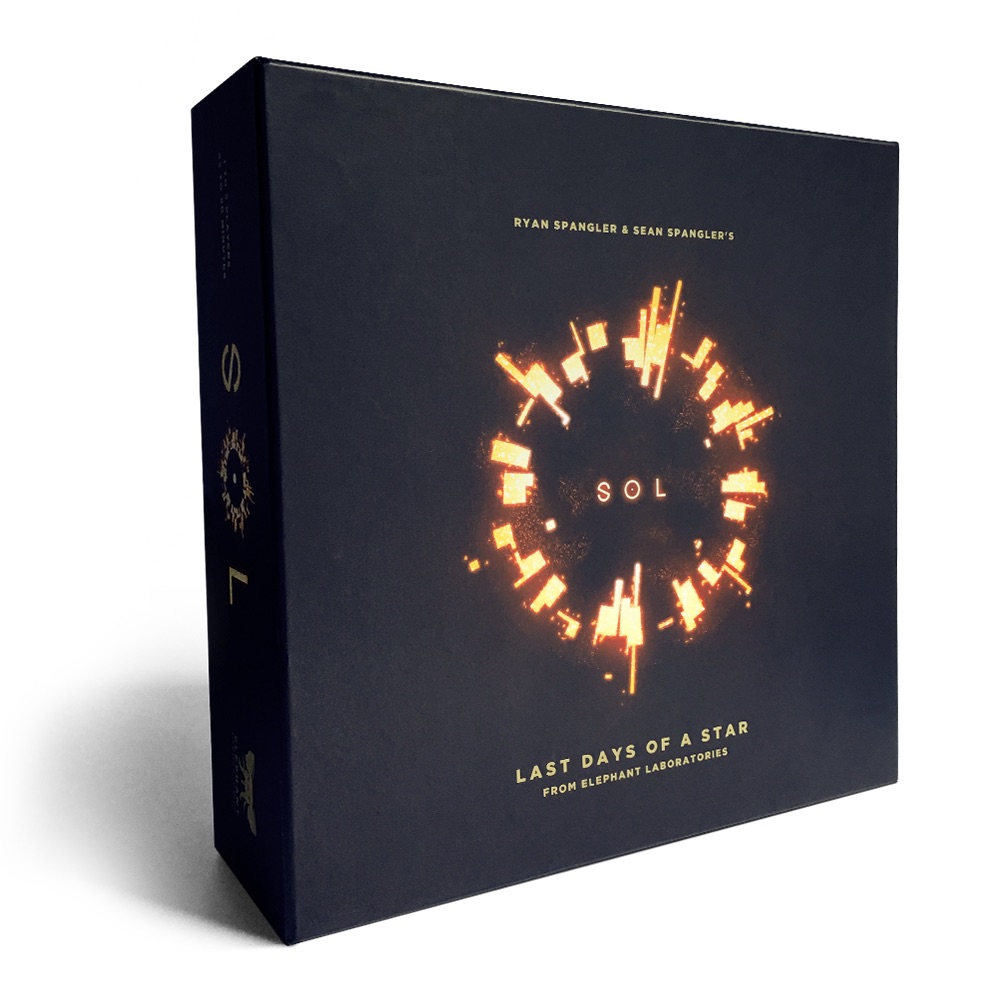 Sol is a race against time, carefully balanced with a fresh engine-building mechanic uniquely rooted in mutual benefit and competition. Each game of Sol begins as an open starscape, ripe for emerging interdependent networks and careful planning at every turn: build your energy node so that other players are enticed by its strategic placement; activate an opponent’s foundry when they are low on energy so you capture the bonus; plot a multiple activation of other players’ transmit towers without ever having to build your own. There are countless approaches to explore in Sol: Last Days of a Star.

Sol has very little luck, but the compounding of simple actions keep the game moving quickly. The high degree of player interaction and the array of Instability Effects allow for a surprisingly customizable vibe to each game.