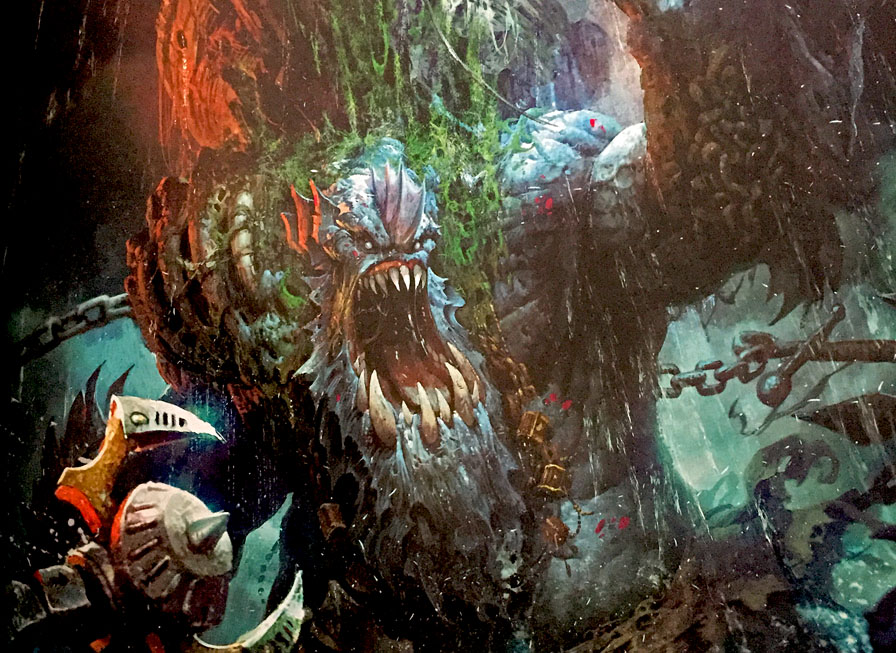 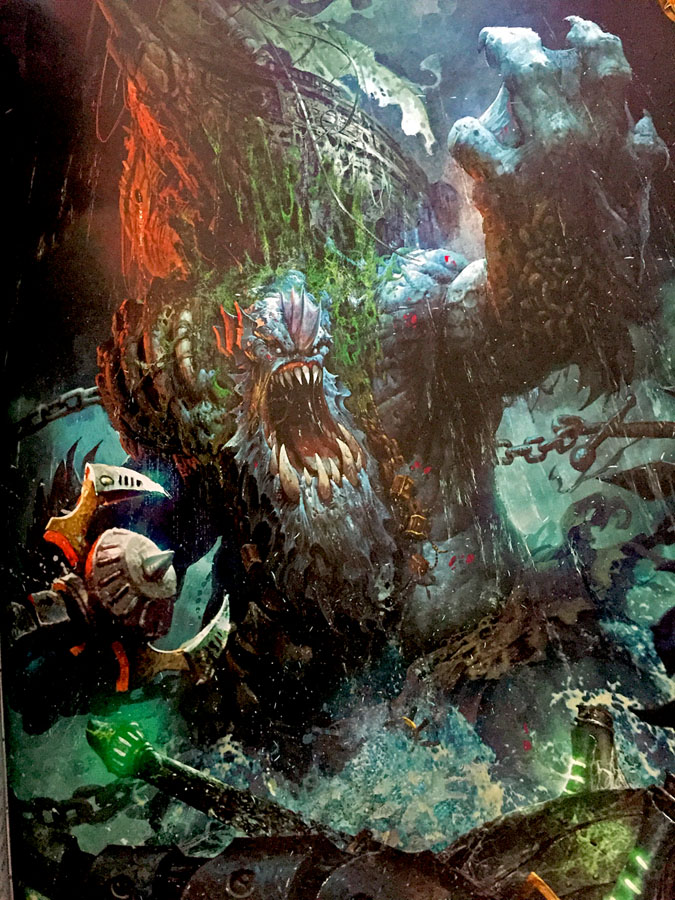 Come check out the latest Gargantuan for Trollbloods.  RELEASE THE…you know the rest…

The SEA KING has hit the fields of battle and it is a monster!  It hits hard, has a crazy offensive animus, vomits on models, and is a big point investment.  If you like Trolls and want to be the king of the high seas this is the gargantuan for you. 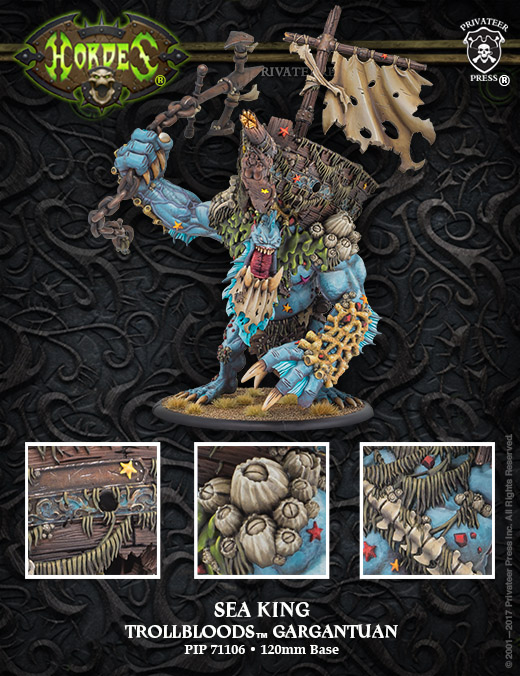 What’s the Sea King Do?

The Sea King has a RNG8 POW13 gun that gets an extra die of damage vs living models.  So boosted he is rolling 4 dice damage vs most warriors and other beasts.  Doesn’t help much vs warjacks.

The Sea King’s right arm has a big anchor at POW20 4″ melee and chain strike so no shield bonuses.

Animus: Vortex of the Deep

This is one of the few OFFENSIVE Animus we have in the game.  It is RNG8 and puts out a 4″ AOE that is rough terrain.  It also pulls the models closer to the target that was hit.  Remember your warlock can cast this too.  It is really good animus for lining up targets to AOE with a bomber or spray. 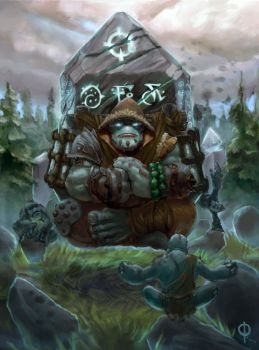 This list is designed to armor up the sea king and keep him so hard to kill no matter what the enemy throws at him.  It has some healing and reroll potential with the Dhulian knot.  It also can put out some real nasty damage with Horgle’s feat if you can set the right target on fire.

The Sea King is amazing and has some very powerful abilities with a huge melee range , a gun, and one of the best animus in the game.  However, he comes at a great cost at 42 points.  This is over half your list if not more depending on what point level you are playing.  Can the sea king do 42 points of work is a hard question?  I think it will struggle to pull its weight vs infantry heavy lists and will have a tough time if the opponent has 4+ heavies.

I give the Sea King a B+

~What do you think of the brand new troll gagantuan? Share in the comments below.