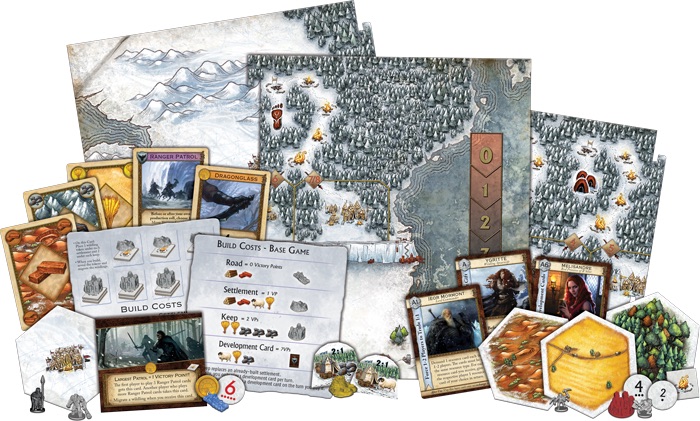 Classic Catan gameplay meets the Song of Ice and Fire. The Robber is coming.

Take the Black, recite the oath, night gathers and now your watch begins. Just announced from Fantasy Flight Games — Game of Thrones Catan. In Game of Thrones Catan you’ll take on the role of one of the members of the Night’s Watch, charged with maintaining the safety of Westeros. But you’ll also be charged with vying for power within the Brotherhood–the game takes place when Jeor Mormont is looking for a new commander of the Night’s Watch.

But he won’t take just anyone. No, he’s looking to promote someone from within the Order who can prove that they are a capable commander. To that end he’s looking for whoever will manage the resources of the Gift of the Night’s Watch, which was long ago bestowed by House Stark, granting the Night’s Watch an area of abundant resources to use to try and keep Castle Black fed and supplied. 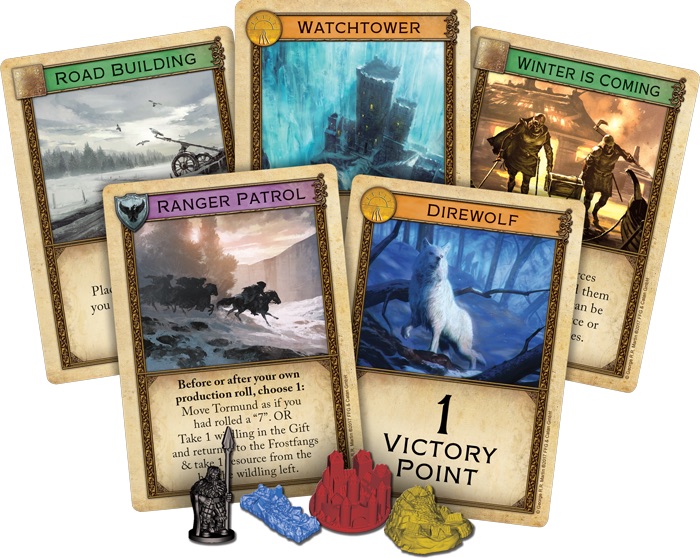 So with all that in mind, the players/hopeful Lord Commanders must compete to strengthen their hold on the Northlands. They can build roads, trade for resources–all the classic Catan gameplay you know and love–but there are a few details that stand out in Stark contrast to the way things have always been done.

For one, the Wildlings are mustering their forces outside of the wall. You’ll need to protect your stretch of the wall from attacks by recruiting Guards. These men function as soldiers, only instead of just protecting against the Robber, the guards must patrol a section of the wall, corresponding to each player. These brave guards are the only thing holding the wall against the Wildlings–if there are more guards than Widlings muster on the Wall, the Gift is safe.

Strategy upon strategy is layered into the game–you’ll also get the assistance of some of the characters from the show. Characters like Samwell Tarly and Otho Yarwyck help players make the most out of their turn, and take the lead on the competition. 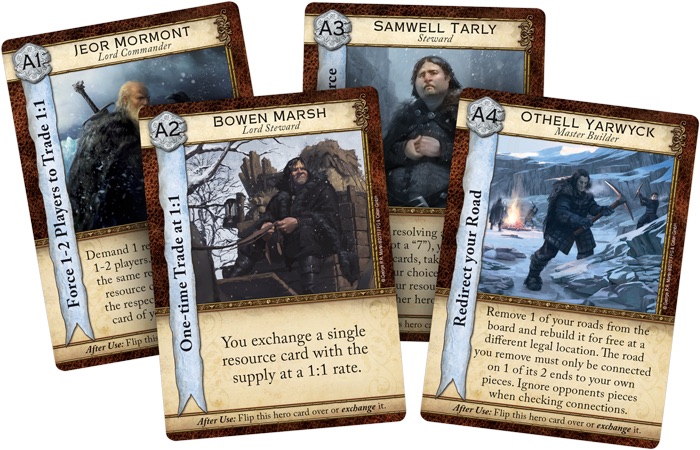 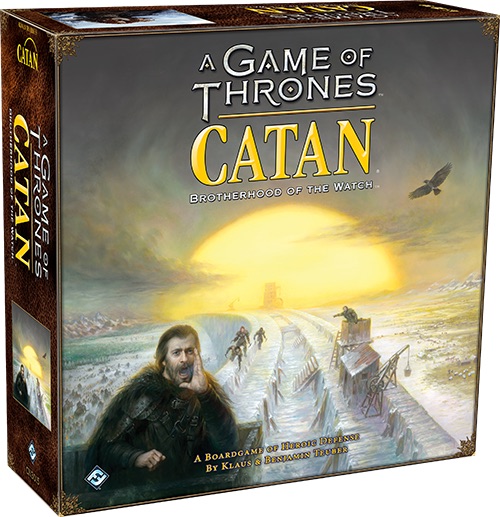 The Brothers of the Night’s Watch recognize you as a natural leader as you struggle for promotion within their ranks. You hope to gain recognition by improving infrastructure in the area south of the Wall known as the Gift. Drawing sustenance from this unforgiving landscape offers enough challenges, but you must also man and defend the Wall against the onslaught of Wildlings fighting their way into Westeros to escape the horrors that awaken in the North. Build, defend, and rise above your brothers to become the new Lord Commander. But be wary—the north holds many dangers, and winter is coming.

The battle to defend the Realms of Man begins in A Game of Thrones Catan: Brotherhood of the Watch, anew strategic game designed by Klaus and Benjamin Teuber and grounded in the engrossing world of George R. R. Martin’s A Song of Ice and Fire series. Take the Black. Defend Westeros. Become the Lord Commander.

And what do we say to the Robber? Not Today.