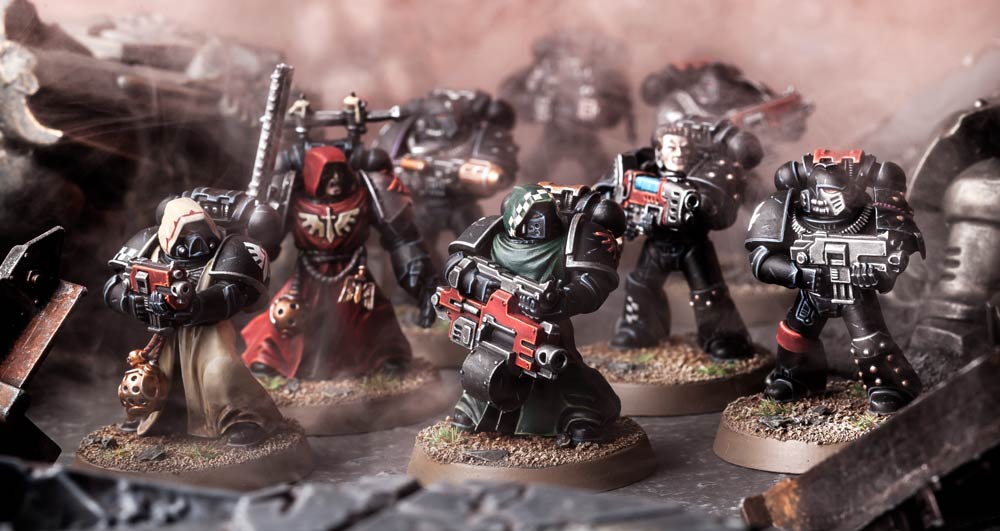 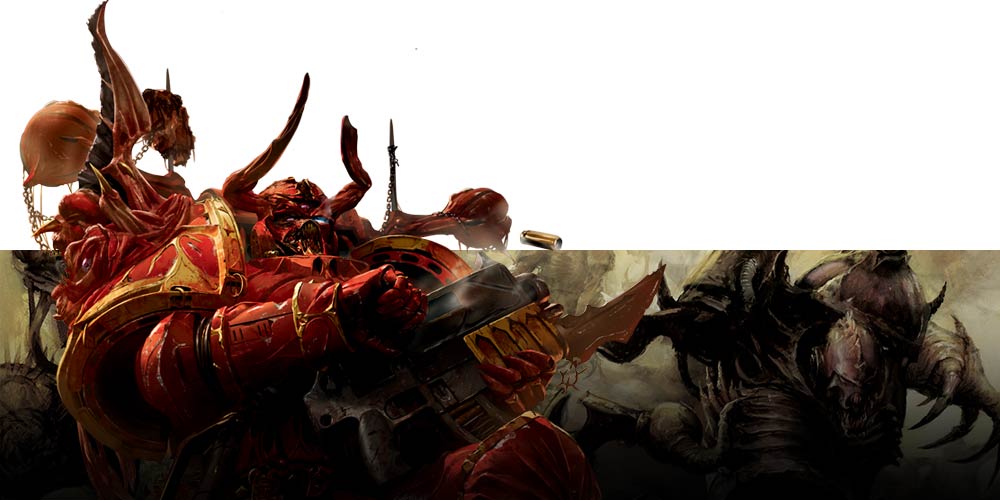 The original traitor legions aren’t the only devotees of chaos on the block – the Renegades are here to show you the way!

Games Workshop is back with the final CSM Focus and this time their sights are set on the Renegades. While they might not be a “Marine Legion” they are many. They also happen to have some pretty good abilities you can take advantage of on the tabletop.

“The original Traitor Legions aren’t the only Chaos Space Marines in the galaxy, and the last ten millennia have seen thousands of Space Marines betray the Emperor and fight against the Imperium. Some of these Renegade Chapters have become feared names in their own right, from the Red Corsairs to the Crimson Slaughter. Meanwhile, Chaos armies of all stripes often seek aid from shadowy allies, whether it’s the other Legions, the mysterious Fallen or, for the most influential, the legendary Fabius Bile. Today, we’re looking at using Renegades in your games and how every army can make use of allies. “ 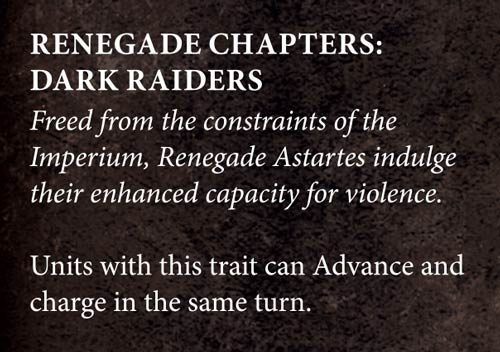 The ability for your Infantry, Bikes and Helbrutes to advance and charge in the same turn can be amazing. Bikes in particular are going to have a field day with this one – but don’t forget about other assault units. Units like Raptors or Khorne Berzerkers can also really use this ability. A Chaos Lord with a Jump Pack could also help spearhead an assault with this ability especially if you load him up with a relic like the Murder Sword… 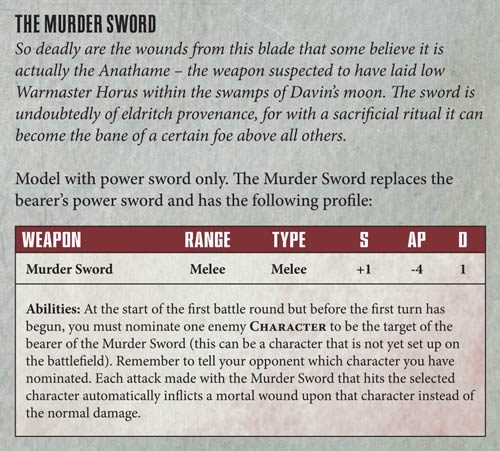 Just looking at the basics stats this weapon is pretty mean. +1 Str means vs other Marines you’re probably wounding on a 3+ and with a -4 AP they will not get armor saves. Even units in Terminator Armor are going to want to look out for this model. But it’s most effective against a particular enemy character because each HIT automatically inflicts a mortal wound. That sounds pretty deadly to me…almost murderous if you will.

Another fun thing you can do with the Renegades is recruit models/units from other legions. You can incorporate them into your Renegade detachment or you can take advantage of the fact that they are all Heretic Astartes and run them in an allied detachment. Say you really like the Night Lords abilities so you can toss in an allied detachment of another Night Lords Chaos Lord and 3 units of Raptors. Now you’re able to have your Renegades advance up and get a charge and the Night Lords just have to be with 6″ to help supply bonus -1 modifiers to the combat…

But don’t ignore other units like Fallen or Fabius Bile – running them in a allied detachment allows them to keep their Legion Traits to make your force better equipped to handle different scenarios.

We haven’t gotten much of a look at individual units but the Fallen are unique choice. First off, they play both sides and can be used in either an Imperial or Chaos army. Secondly their own ability is very handy for doing things like overcharging plasma and keeping them on the table”

The Tall Man of 40k is back with more of his genetic experiments. Fabius Bile can inject a Heretic Astartes Infantry unit with his super-juice and make them more than they were before…if they can pay the toll.

Are you willing to risk taking Mortal Wounds for the chance to get +1 Strength, +1 Toughness, or +1 Attack? It could pay off big time for some but “only the strong survive” when Fabius Bile is around.

The Renegades might be more “generic” than your specific Chaos Legion, but that still affords them with some other advantages on the tabletop. I wouldn’t count the renegades out just yet…

What do you think of the CSM Renegades and their trait? Is it worth going rogue or are you sticking with a specific legion instead?