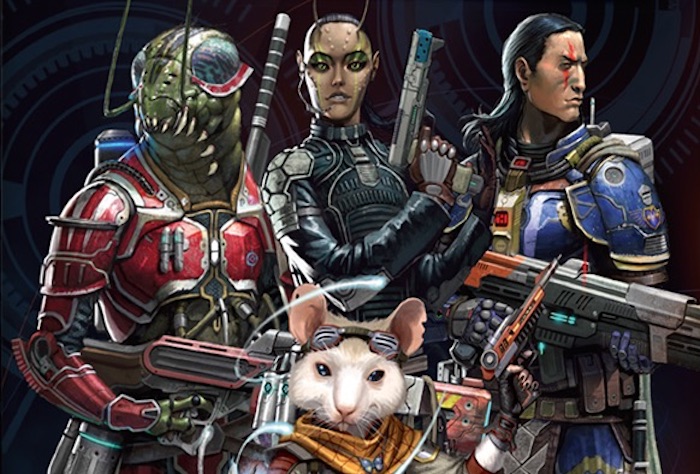 Now that Starfinder’s been released into the wild, it’s time to get in-depth with your character sheets.

If you’ve never used one of Paizo’s Character Folios before, they offer a little more of an in-depth look at tracking all the information you’ll need to keep on hand for your character. And the latest from Paizo, the Starfinder Character Folios are no different. These 16-page folios offer up some expanded space to track down all the details about your character attacks and defenses, powers, customizations, even spaces for drone augmentations (for those of you playing the Mechanic types).

The GM Screen and Combat Pad sold out incredibly fast (as did every copy of Starfinder available at Gen Con), so if you’re looking for a physical copy of these folios, you might want to grab them while you still can. And having seen these in person, let me just say–they really do provide you with a quick and visually appealing spot for getting your character information down. They look slick, especially compared to the core book character sheets. 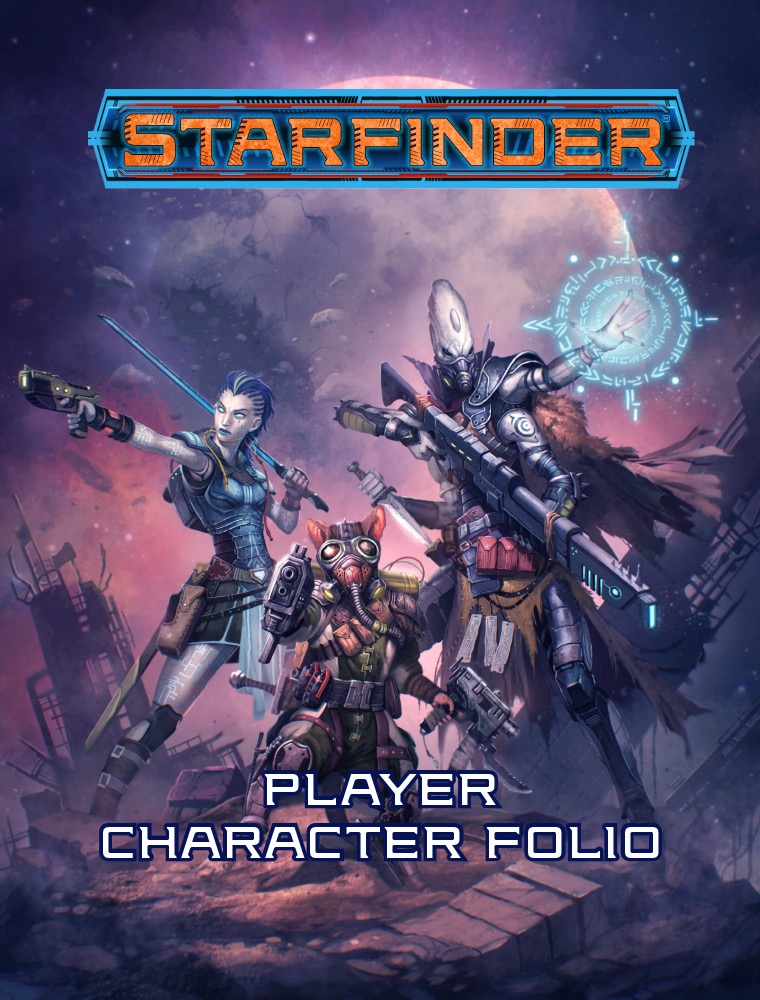 Fully detail your heroes and document their exploits with the Starfinder Player Character Folio! This deluxe, innovative character record provides space for absolutely everything you need to know about your Starfinder hero. This sturdy folio’s 16 character-defining pages include:

You’ll have to create your own separate sheet for “random magic/tech items the GM handed out and promptly forgot we had, so now when the opportune moment comes it’s the perfect monkey wrench to throw in their carefully constructed plans.”