There’s a lot of variety and possibilities with this set. It includes Asgardian heroes and allies like Balder, Sif, and the Warrior’s Three; and villains Loki, Scurge, and Hela. The set also includes Avengers allies the Incredible Hulk. Colossal Super Boosters return with this set, as well. You can build new teams with sub-themes including Eternals, Masters of Evil, Avengers, Serpent Society, and more.

For the first time ever in HeroClix – Asgardians and their enemies will have the Legendary Wielder trait, allowing them to utilize their signature weapons and artifacts. If they fall in battle, beware your opponent equipping the weapon that you brought to the game!

Each booster brick contains 8 standard 5-figure boosters as well as 1 Super booster. Each Super booster contains a Colossal HeroClix figure, and an object that can be used on a force without a Legendary Wielder! 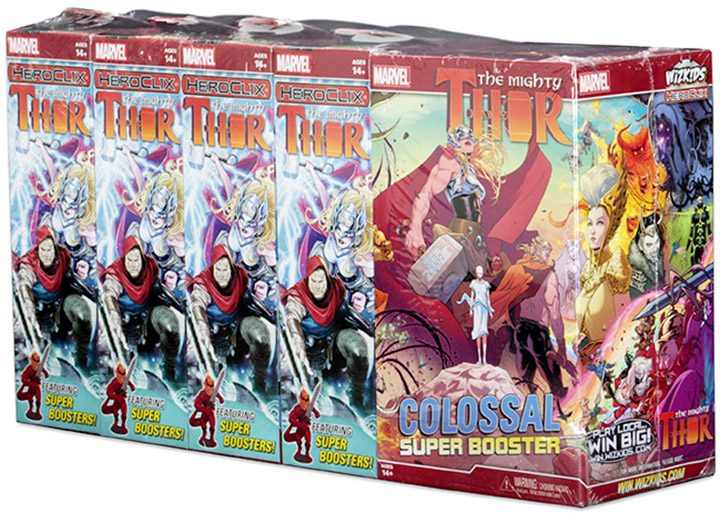 The The Mighty Thor Booster Set has over 70 new figures…

Are you ready to jump into battle?

Author: Mars Garrett
Pop culture staff writer that has been on the BoLS team since 2010. Contributor on the One of Us podcast. Marvel, Vertigo, and dystopian sci-fi fan. Enjoys bad movies, amazing stunt performances, and the internet. Hates rom-coms. (she/they)
Advertisement
HEROCLIX Marvel-DC DO NOT USE Miniatures Tabletop News WizKids
Advertisement

Outside the Box - August 19th