Newly announced from FFG, their second project with the L5R license–a board game set in Rokugan.

Rokugan is a land where honor is stronger than steel, but it will take both to forge an empire. In the Battle for Rokugan, players take on the role of the daimyo of a great clan fighting for territory in the early days of the setting. As houses war, one will rise to the top, taking control of the unclaimed territory that lies beyond their initial holdings. 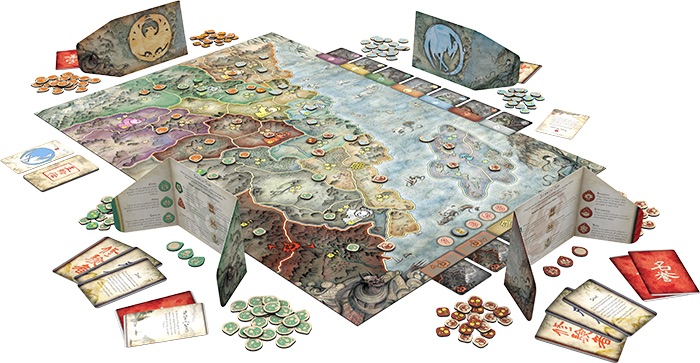 As you might expect from a game set in the Emerald Empire, honor and purpose and the like are featured heavily in the game, and players will be able to fight for supremacy.

Although, interestingly, this game looks to have a built in turn limit. Players will have only five rounds to conquer the entirety of the empire–or rather to earn honor and gain control of provinces which offer special abilities like the one mentioned below. 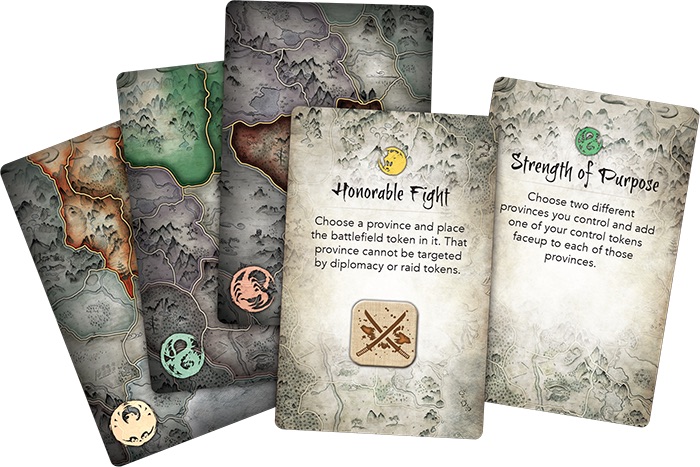 Each round is broken into three phases, Upkeep, Placement, and Resolution. Upkeep nets you your hand of six secret combat tokens, like these ones:

These are placed (anyone’s guess as to when) on the board and allow players top do things like launch an attack or look for peace or bolster one’s defenses. They’re placed in secret, and revealed during the resolution phase when players act on the intent of their tokens. This mechanic reminds me a little of the Game of Thrones game, in that there’s part secret maneuvering, part guessing what enemies will do–while at the same time looming to go a little deeper with things like divine blessings and the like.

At the end of those five rounds, the players figure out their honor, and the guidance of Rokugan passes to the victor once all secret objectives have been revealed and the daimyos have decided enough blood has spilled. 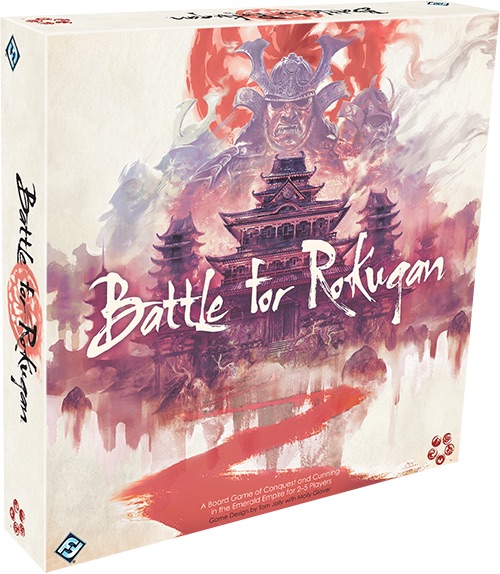 Author: J.R. Zambrano
Bell of Lost Souls Staff Writer and DM, J.R. covers RPGs of all stripes and on occasion eats sandwiches. You can ask him about either at [email protected]
Advertisement
Board Games FFG - Fantasy Flight Games Legend of the Five Rings Tabletop News
Advertisement