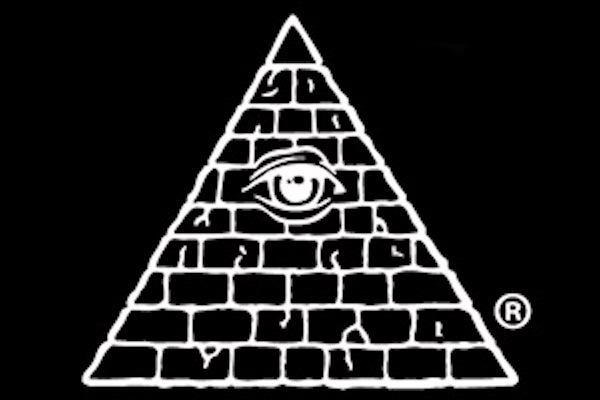 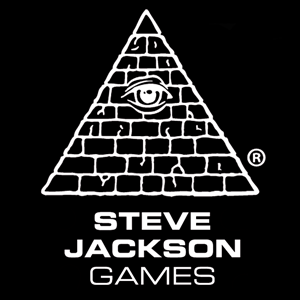 We stopped in to visit our fellow Austinites and all around good guys Steve Jackson Games at Gen Con. They had a new Munchkin (because, last I checked, the Sun still rises in the East), as well as a new GURPS-based dungeon exploring/killing/looting game, a CCG, and the best kind of game of all–a game where you get to “accidentally” slap your friends.

Let’s start with Dungeon Fantasy, because we got to see this game demo’d live in-person. It’s a GURPS-based boxed set that boils the game down to create fantasy adventurers who will be up to the tactical challenges laid before them in the “clever dungeons,” set out in the box set. GURPS gets a bit of streamlining here, making it so that characters can focus on creating heroic adventurers who are ready to take on the dungeons and the monsters within them.

With 11 different classes and nine races, there’s a lot of room for customization–you can really focus on building a character that will stand up to the monsters. Especially since the game promises epic adventure right out of the box, it sounds like you’ll want to make some heavy hitters, and really put GURPS through its paces to get the most out of it. And in the demo we saw, it seemed like the monsters you’d fight were no joke–so pick up this game prepared to go hard. 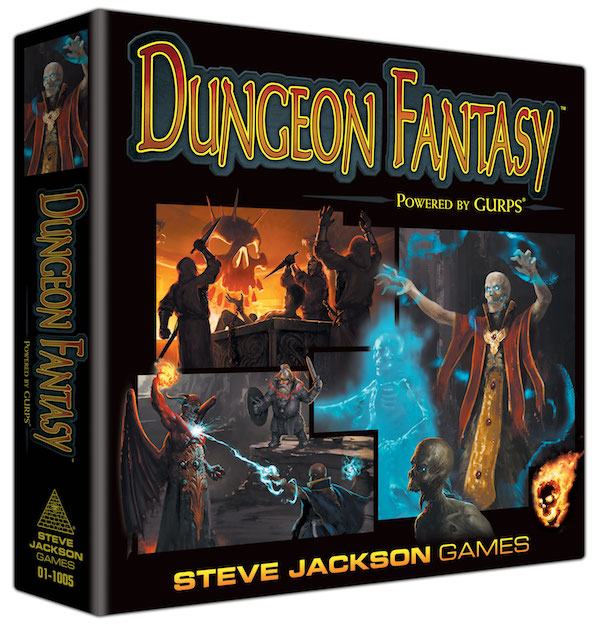 A fun hack ‘n’ slash campaign challenges unique heroes with clever dungeons. To get the most out of your fantasy adventures, you need a game that lets you customize and perfect characters, monsters, treasures, and traps.

That’s where the ready-to-play Dungeon Fantasy Roleplaying Game comes in. It harnesses the customizing power of the award-winning Generic Universal RolePlaying System (GURPS), and streamlines it so you have exactly what you need to take fully-realized characters on fantastic adventures.

Choose from 11 classic professions and nine races. Tailor your hero using quick-start templates and the time-tested GURPS point-build system. Gear up with a massive list of customizable armor and weapons. Pick from over 400 spells. Then battle foes chosen from more than 80 monsters.

All this power guarantees epic games in no time . . . starting with the new adventure that comes in the box!

Then of course, there’s Munchkin Shakespeare. AIt’s Munchkin, but with Shakespeare. If you have, somehow, never played a game of Munchkin before, welcome to 2017. The weird rectangles everyone keeps looking at are phones (and computers), avocado goes on toast now, and cars might not fly, but they are learning to drive themselves. 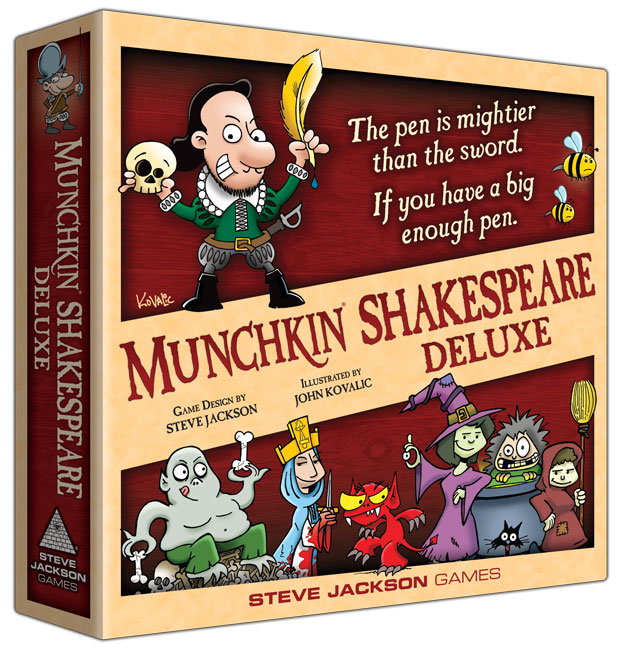 But also Munchkin is a game about gaming. It’s all about kicking down the door and killing the monster and taking their stuff but especially backstabbing your friends and taking their stuff. It’s chock full of moments that any gamer will recognize as being too real–and each Munchkin supplement does a fantastic job of using this vaguely parodic lens to lambaste whatever particular flavor they’re taking on this go ’round. And Munchkin Shakespeare is no different. Fans of the game will see how readily that theme fits into the game’s general premise of kill your friends and become king.

But Munchkin is indomitable. Munchkin is ascendant. Munchkin is at the heart of every experience–when scientists cast their deep space array towards the origins of the Universe, they saw Munchkin permeating the very warp and weft of the cosmos. So when I tell you that Steve Jackson Games will also be producing a Munchkin CCG, you’ll understand how this is only right, and indeed, has always been, even if the news has only recently broken. 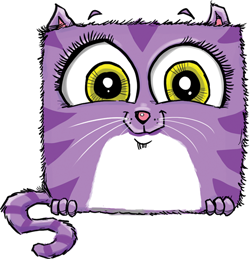 Stepping away from the weave of existence, though, we find another amazing game from SJG: Super Kitty Bug Slap. As mentioned above, this is the best kind of game, because it’s the sort of game that, when you play it, there’s a good chance you’ll be doing violence to your friends. And if they haven’t done something to you to deserve at least a little violence, then they probably aren’t really your friends. But if they are your real friends, then you should celebrate your friendship by playing Super Kitty Bug Slap. 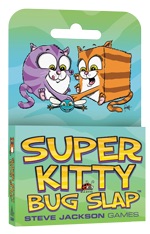 Super Kitty Bug Slap is an adorable game that pits players as various kitties whose goal is to try and slap the bugs that are on the cards before them. The kitty with the fastest paws wins, but only if you can make sure you get the right kind of bug. So think–but think quickly, and act even faster.

All in all, a pretty impressive showing from SJG, and we know that they’ve got some bigger things planned, so keep your eyes peeled for more.

Author: J.R. Zambrano
Bell of Lost Souls Staff Writer and DM, J.R. covers RPGs of all stripes and on occasion eats sandwiches. You can ask him about either at [email protected]
Advertisement
Gencon Steve Jackson Games Tabletop News
Advertisement 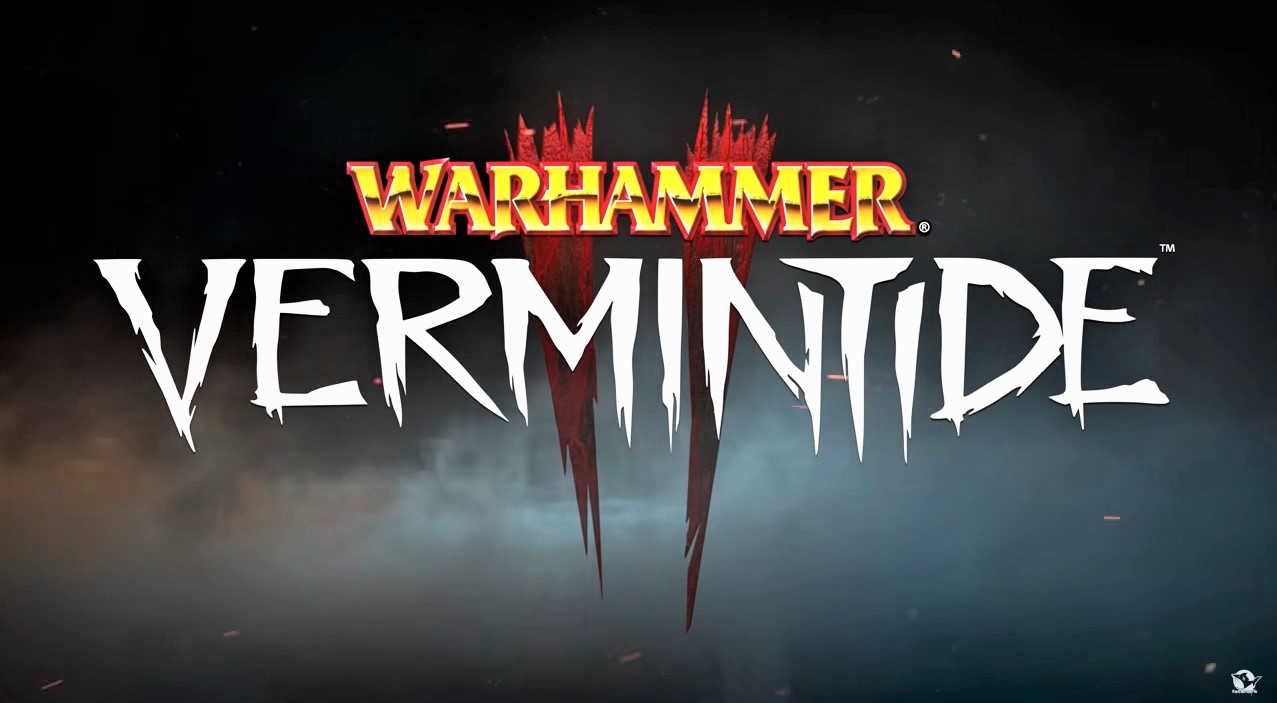