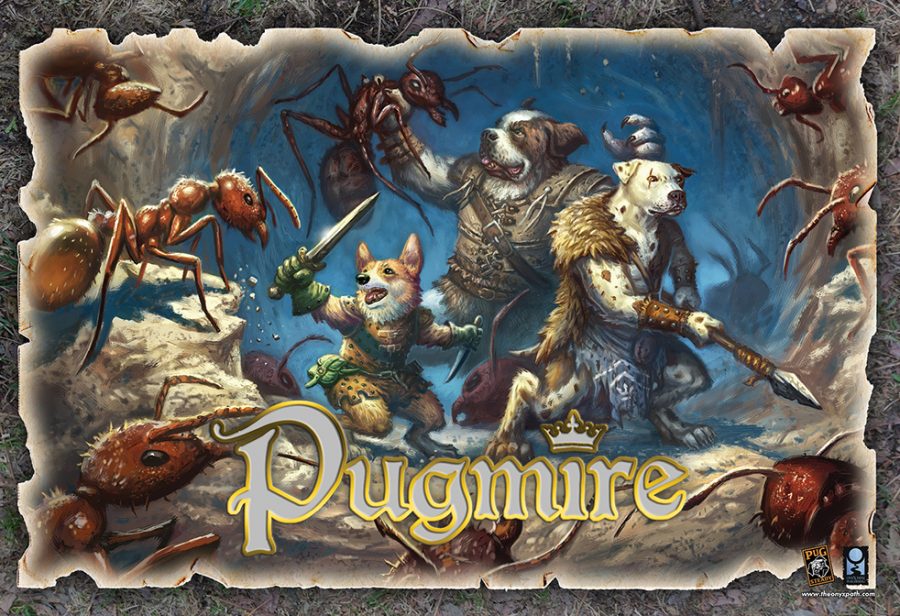 Our friends at Dragon’s Lair Comics & Fantasy brought over one of the most adorable RPGs I have ever seen. Pugmire is an RPG where the players take the role of dogs out for adventure and it’s as great as it sounds:

Pugmire, mechanically speaking, is basically a D20 system with some tweaks. Each player creates a character that is a breed of dog (race) and has a calling (class). Sprinkle in some background options for flavor and you’ve got your basics ready to go. The goal of the game is, well, it’s an RPG so ideally the goal is to have a good time with your friends. The setting sets-up the world around your characters pretty well – you’re a dog in a world that Mankind has…disappeared from. Their impact can still be felt and explored as the Dogs have taken on their former master’s ideals in a codified form called “The Code of Man” – which are 7 basic rules to being a “good dog.” 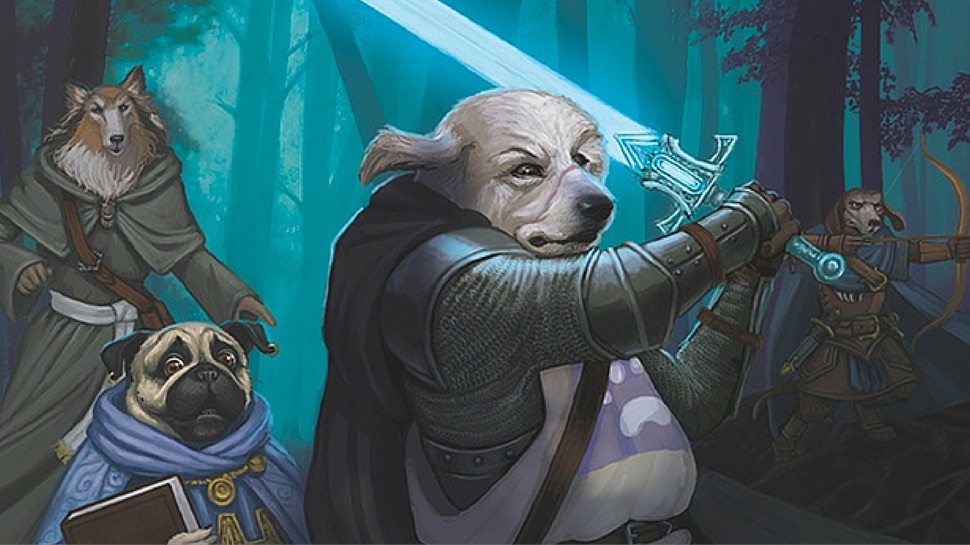 Core to that concept is that dogs are protectors of all from the unseen forces. Which is why this game flows so well into an RPG adventure setting. For the most part it’s a blend of medieval might & magic style game play. If you’re a D&D vet, you’ll be able to slide right into this game with ease. If you’re looking for a great starter RPG that has some depth to it, Pugmire would be a great choice. Parents, if you’re wanting to run a game for your kids that might be a bit more age appropriate for younger kids – It’s Swords & Sorcery with Dogs! Or if you’re a group of grown-up wanting to explore the ramifications of why humanity is missing and you really want to explore that though – Pugmire can provide a deep rabbit hole for you to dig down in. I could see all types of adventurers wanting to take a crack at this setting.

Pugmire is a game setting I hope has some legs to it. I’d love to learn more about this world and the history of what happened. Also – If you’re a cat person, don’t worry. There are some clues that Cats might be included in this setting, too… So what are you waiting for? Pugmire is now in stores so go check out it and become a good dog! 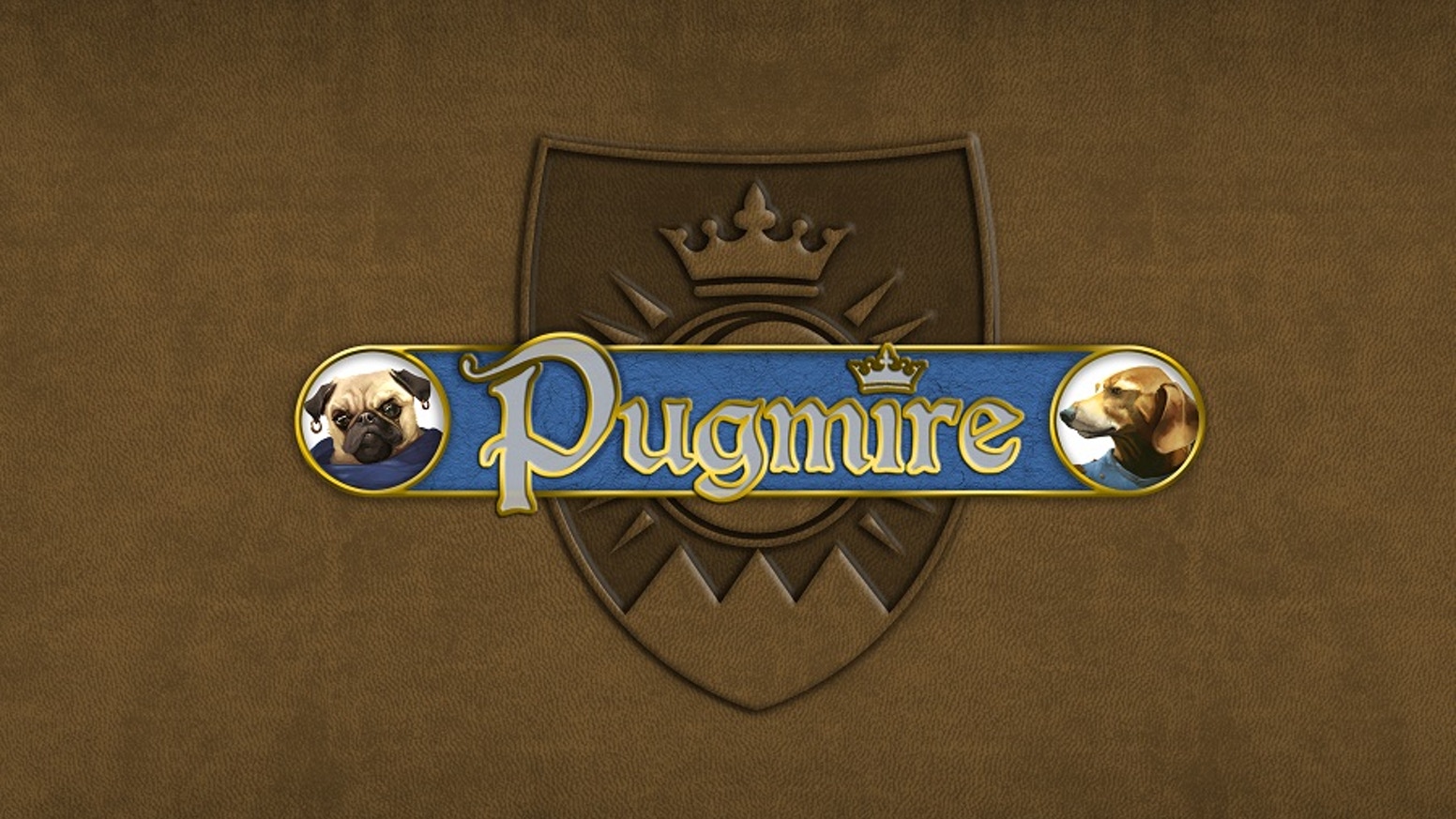 Be a Good Dog. Protect Your Home. Be Loyal To Those Who Are True.These are the words of the Code of Man. Dogs have inherited the world, building the kingdom of Pugmire thousands of years after the Ages of Man. These dogs have been changed to use tools and language, and they (along with other races of uplifted animals) seek to rediscover the world they’ve inherited. Some dogs use the leftover technology of humanity, but they believe it all to be magic handed to them by their dead gods. Others seek to create an ideal civilization, using a Code of Man compiled from ancient, fragmentary lore. The world is dangerous and mysterious, but courageous and loyal dogs will persevere.

Pugmire is a light-hearted and family-friendly fantasy world. It’s one of the first of Onyx Path’s creator-owned games, produced in a partnership with Eddy Webb and Pugsteady. Combining the ideas, passion, and creativity of experienced designers with decades of experience in producing quality roleplaying game products, these creator-owned games push the boundaries of the “Onyx Path brand” in new and diverse directions.

Great – now I have to choose my favorite dog breed…But I love them all!!! 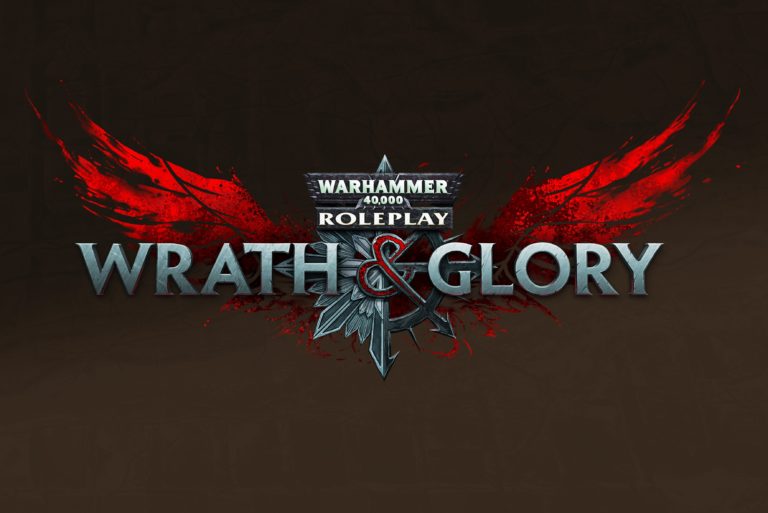