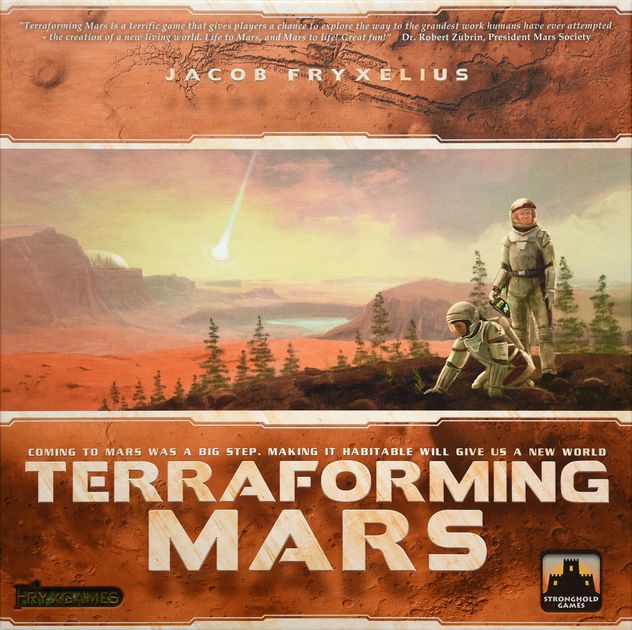 The hit board game Terraforming Mars is back in stock and it’s been worth the wait!

Our friends at Dragon’s Lair Comics & Fantasy were super excited to get this one back in stock. It came out last year but has been on back order…until NOW! Terraforming Mars is here and it’s totally worth your time:

The basics of this game are that you are a corporation that is attempting to terraform Mars. But you’re not the only one (unless you’re playing solo mode). You’re going to have to find a balance of working with and against the other players in order to do things like raise the planet’s temperature, oxygen producing greenery, and water reserves. Players score points for completing these objectives and projects and the game ends when Mars becomes habitable – or rather more hospitable to life from Earth. The player with the most points at the end of the game wins – it’s pretty straight forward in that regard. The game’s real complications come in the form of different cards that represent those projects/actions players can take. There are over 200 cards in the box and none of them are duplicates. That leads to a lot of replay value and that is just one more reason to like this game.

Aside from the fun co-opetion this game offers, the game materials themselves are pretty standard (ie good) quality for board games. Everything is designed for lots of play throughs and the card art is thematic and well done. On top of quality in component, the game also has some quality in terms of the science it’s based off of. The game creators actually got in touch with Dr. Robbert Zubrin who is President of the Mars Society to help them work out the science behind what it would take to terraform Mars in real life.

If you’re curious about what it would take to actually terraform Mars, create an interest in science for kids, or if you just enjoy resource management games that have excellent game mechanics then you should play Terraforming Mars – you won’t be disapointed! 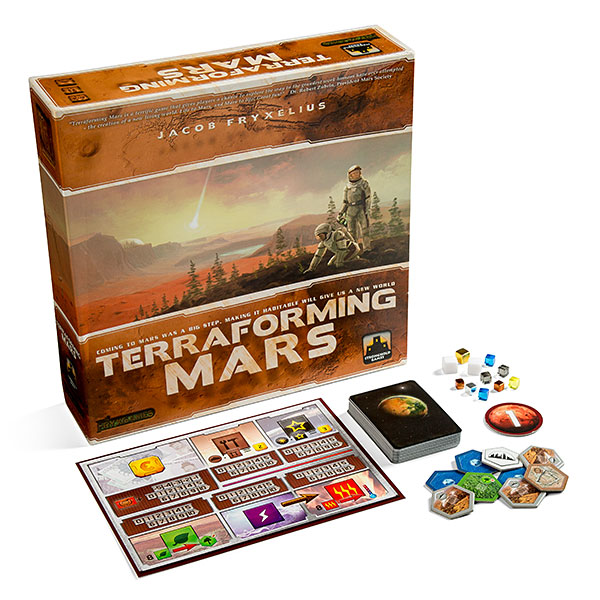 In the 2400s, mankind begins to terraform the planet Mars. Giant corporations, sponsored by the World Government on Earth, initiate huge projects to raise the temperature, the oxygen level, and the ocean coverage until the environment is habitable. InTerraforming Mars, you play one of those corporations and work together in the terraforming process, but compete for getting victory points that are awarded not only for your contribution to the terraforming, but also for advancing human infrastructure throughout the solar system, and doing other commendable things.

Can you help make Mars a habitable new world?