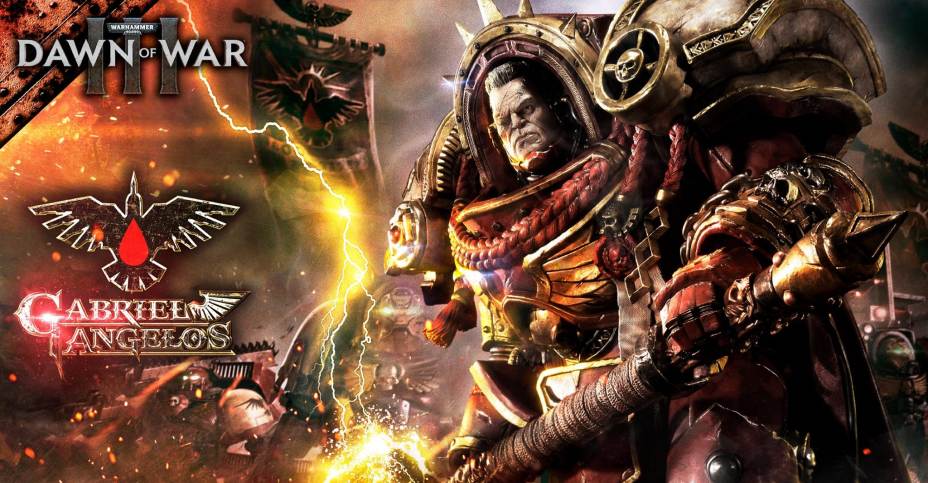 This Dawn of War III inspired piece is nearly 3′ tall, and packed with detail – it’s a must see for Blood Raven fans.

“I am no stranger to the deaths of planets. Cyrene was my home. But when the need was evident, I did not hesitate to contact the Inquisition. By my hand Cyrene burned. The innocents who died to ensure Cyrene’s secrets were sealed beneath ash still haunt me to this day. But I have no regret in this. The threats to mankind are eternal and ever-present, an ocean sinking for every draft in the dam. Cyrene’s secrets now live solely with me, and so shall they die with me. As I travel there now to face the monstrosity that was once our Chapter Master, I am confident by this much. Whether I am victorious or slain, my sins will know retribution. Such is the final testimony of Gabriel Angelos, Captain of the Blood Ravens 3rd Company. Savior of Tartarus, bane of the Black Legion, servant of the Emperor.”
— Captain Gabriel Angelos of the Blood Ravens 3rd Company 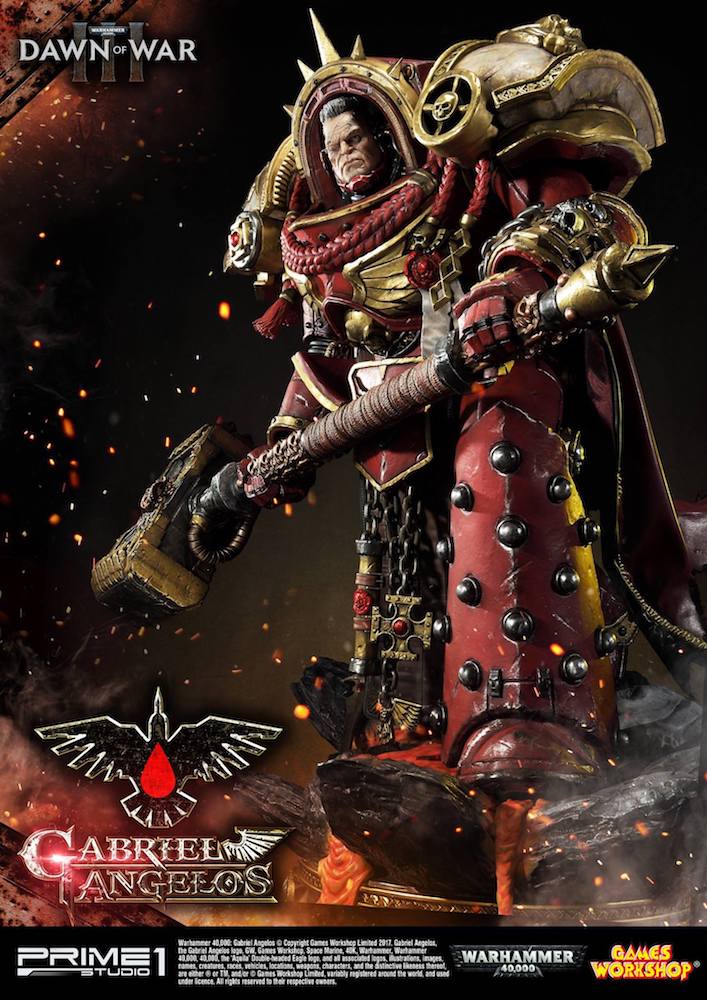 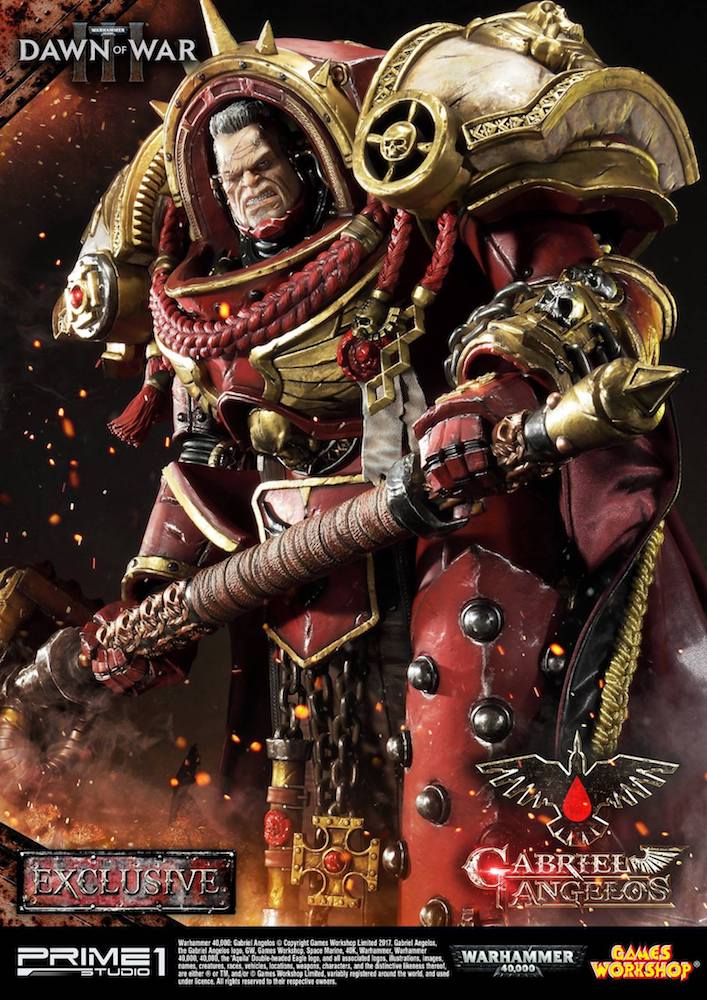 Prime 1 Studio and Games Workshop are proud to present Premium Masterline Warhammer 40 000: Gabriel Angelos from Dawn of War III. Captain Angelos is widely considered to be the finest living example of his Chapter and one of the notable heroes in the Chapter’s whole history. He was born on Cyrene, one of the Blood Ravens recruiting worlds, which was destroyed by an Exterminatus ordered by Angelos himself for reasons undisclosed shortly before Dawn of War. Gabriel Angelos is a long-standing commander of the 3rd Company, renowned for his victory against the forces of Chaos during the Tartarus campaign and another solid defeat delivered to the Tau Empire in the Targa system between Dawn of War and Dawn of War II. He has a reputation of delivering success even when facing impossible odds. 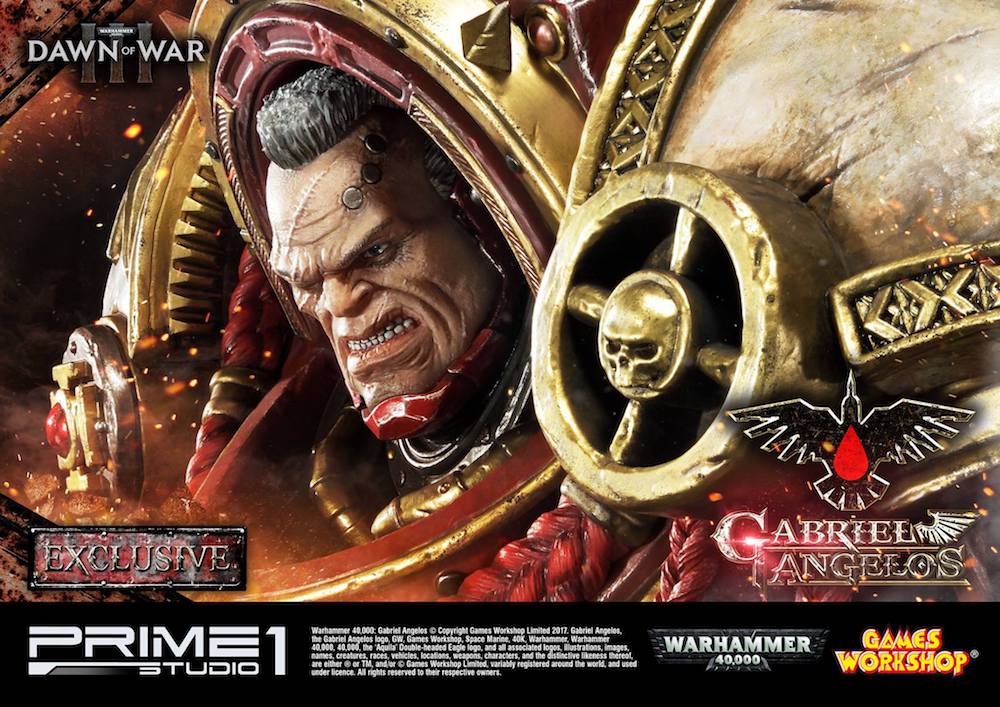 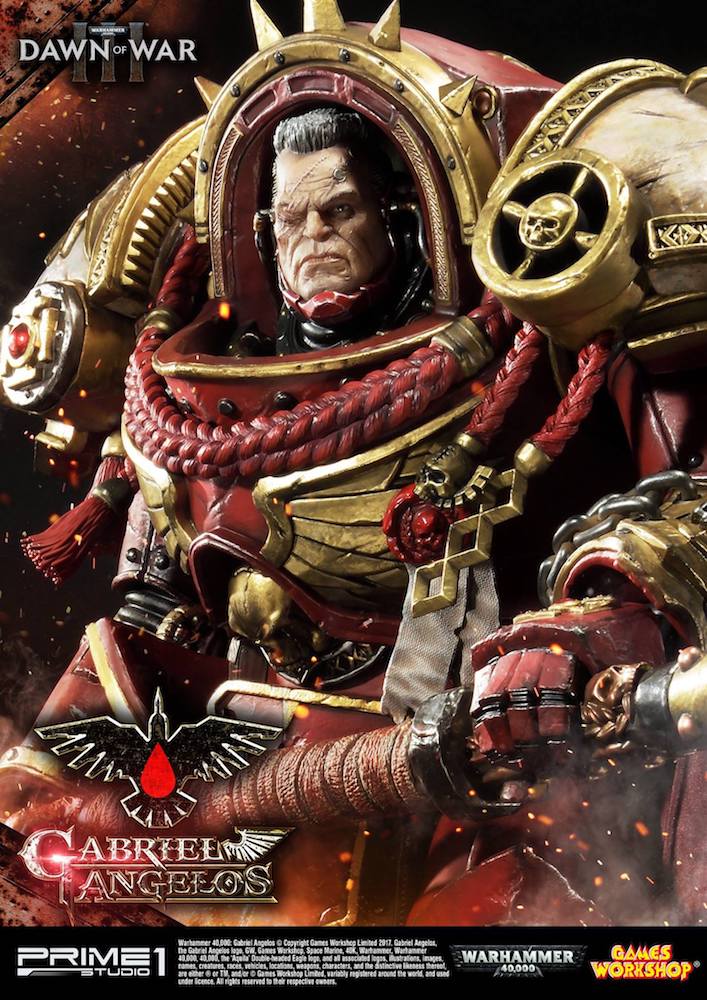 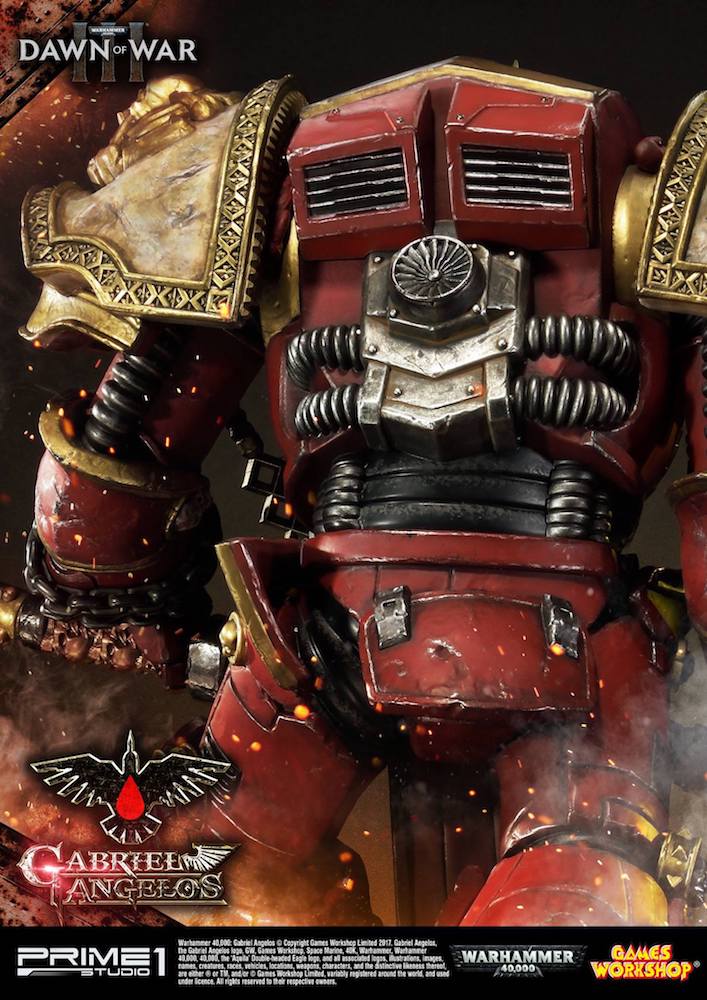 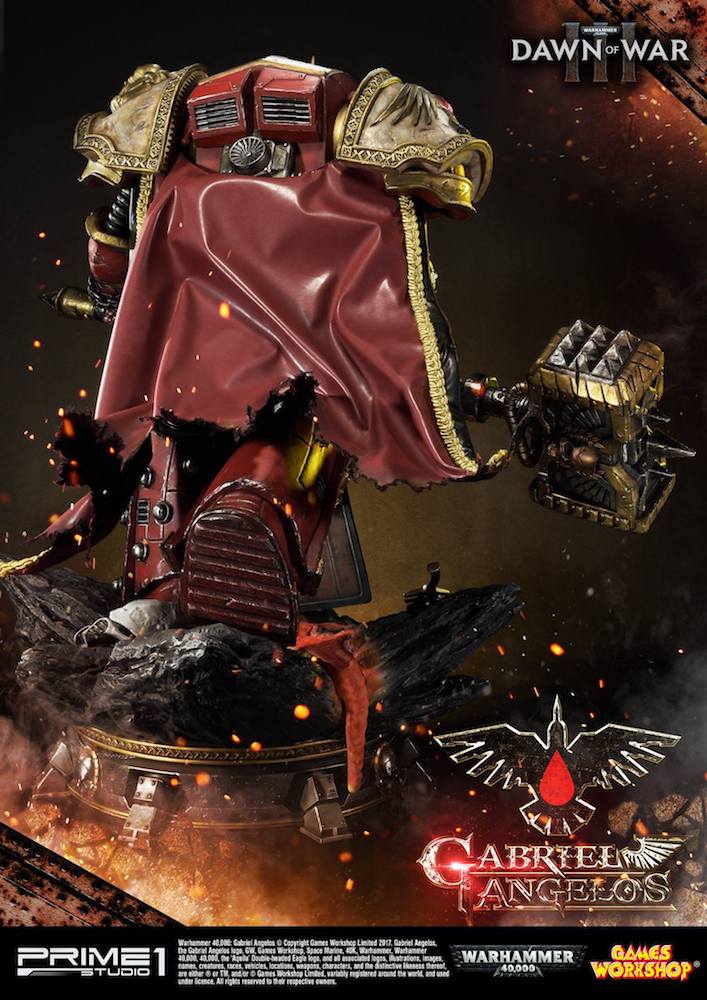 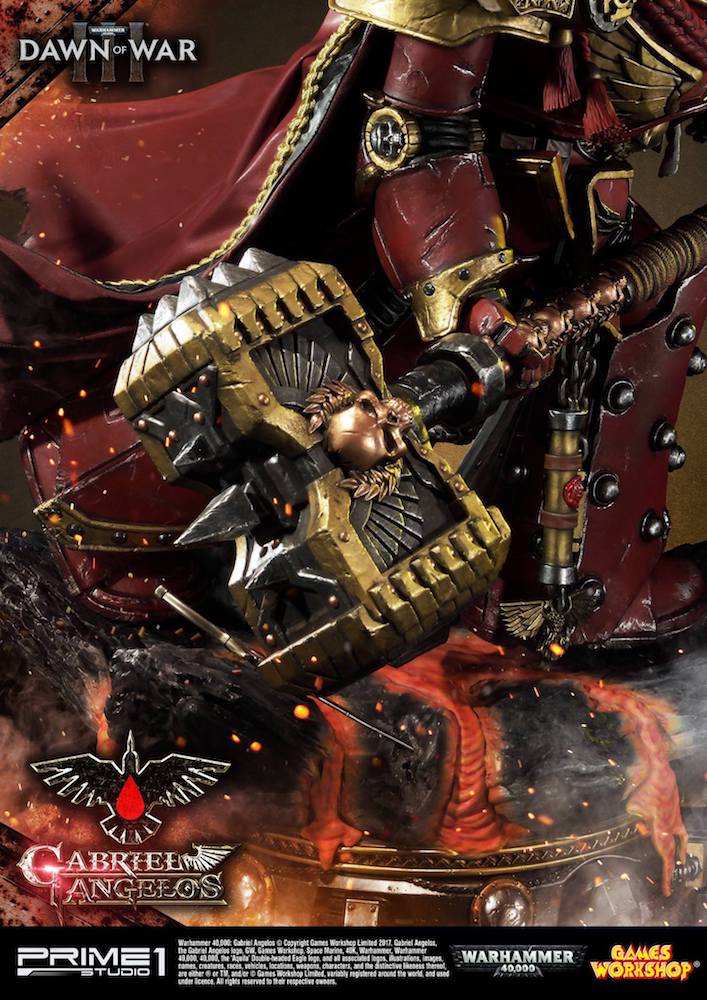 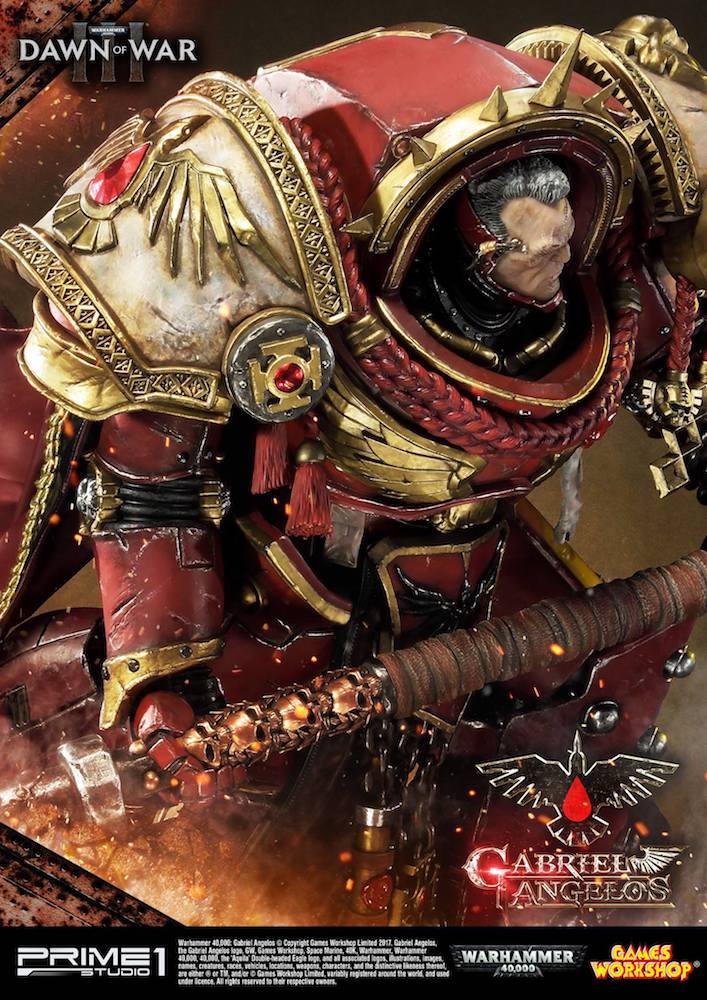 No release or pre-order date has been announced – if you’re interested keep an eye on their Facebook page for updates.

It seems GW is exploring new avenues for fans to collect their favorite characters from the 40k universe –  both this and the upcoming HMO Collectables on 1:6 scale dioramas have been announced in the last week. I’m curious to see what other options will show up in the future. Hopefully something a bit more affordable for the res of us. I’d love to have a Big-Figs style Space Marine for my desk.

What do you think of this new trend?

Author: Mars Garrett
Pop culture staff writer that has been on the BoLS team since 2010. Contributor on the One of Us podcast. Marvel, Vertigo, and dystopian sci-fi fan. Enjoys bad movies, amazing stunt performances, and the internet. Hates rom-coms. (she/they)
Advertisement
Toys Warhammer 40k
Advertisement 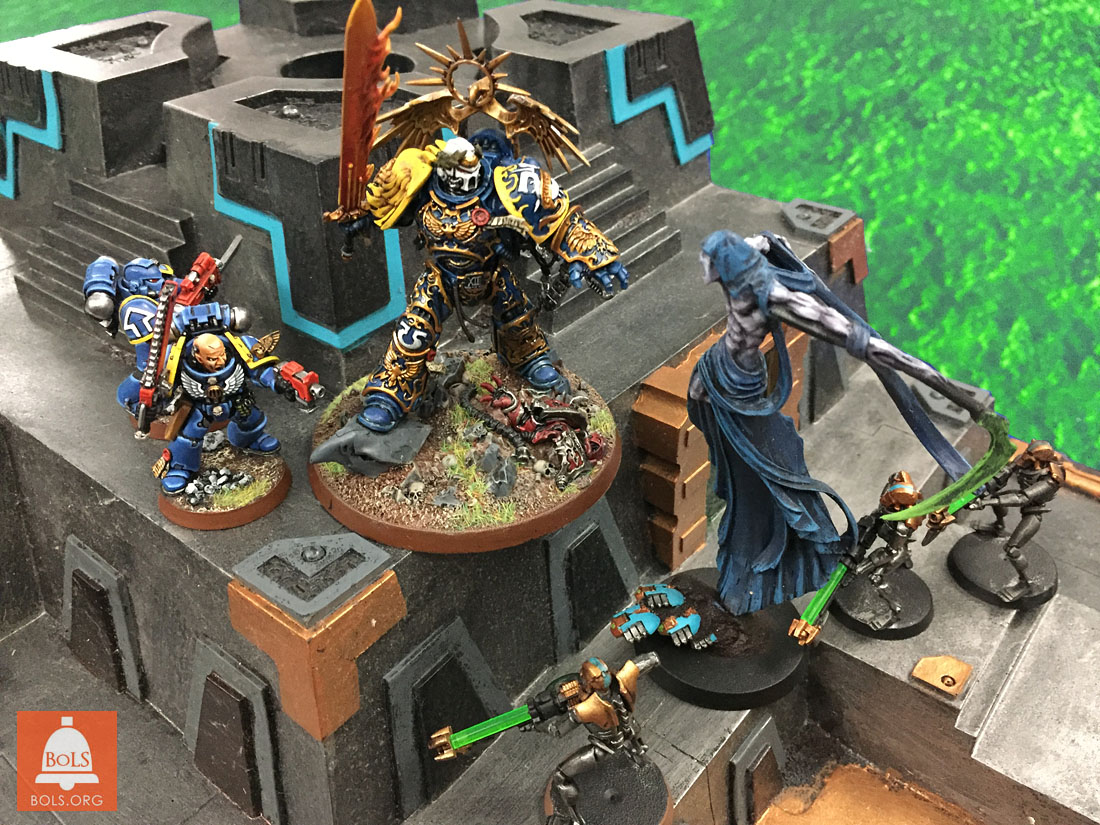